China - by China - Uploaded by them

The neighborhood of Bastille, Paris has come a long way since its iconic prison was stormed back in 1789. This area that is merged between the 11th, 12th and 4th arrondissements still holds much rich history along the main streets that lead through to the central plaza, the Place de la Bastille.

As one makes their way into the quieter side streets, however, the Bastille neighborhood becomes a place more suited to entertainment rather than historic education. 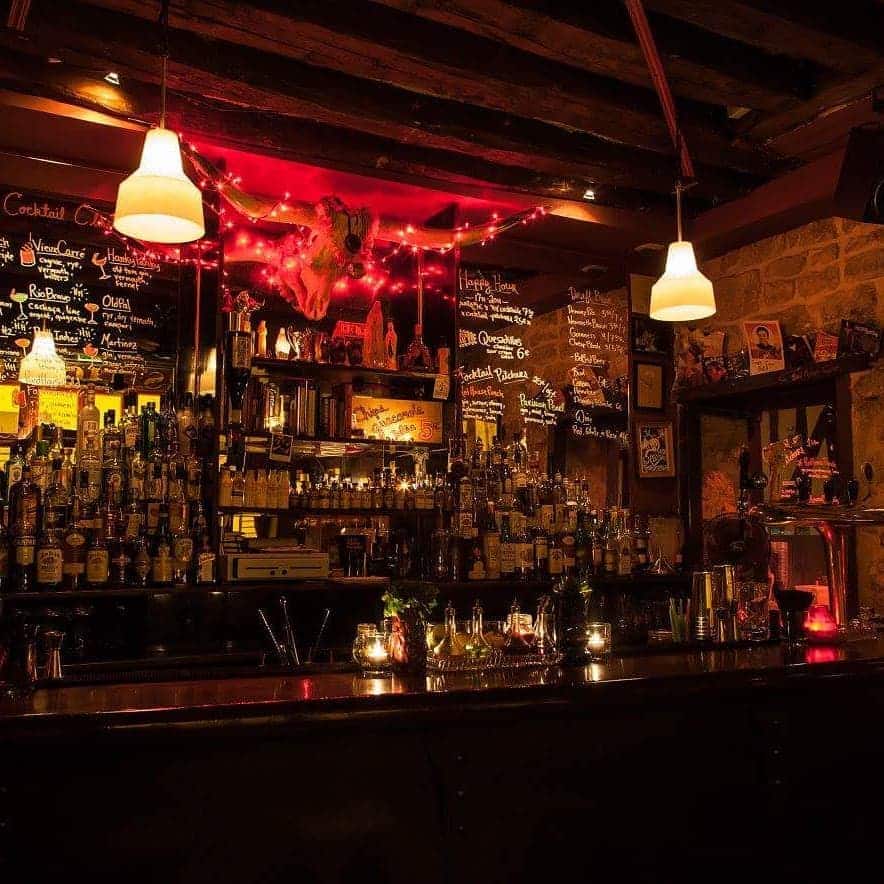 Nestled between the narrow streets are some of the trendiest and most innovative concept bars and nightclubs that Paris has to offer. Because drinking culture was so big in the Bastille during the prohibition days, many of the best spots remain well hidden, speakeasy style taverns that one would need to be told about in order to find.

Here are the top 5 bars in Bastille, already tried and tested so you don’t have to.

If you’re at all vaguely familiar with Bastille it’s likely you’ve heard of a place called Moonshiner already. If not, no need to worry as I’ll explore this spot next. Bluebird is the latest brainchild from the team behind Moonshiner.

Opened just recently in 2016, Bluebird is a bar inspired by the 1950s in California; think fish tanks, neon lighting and private smoking rooms. 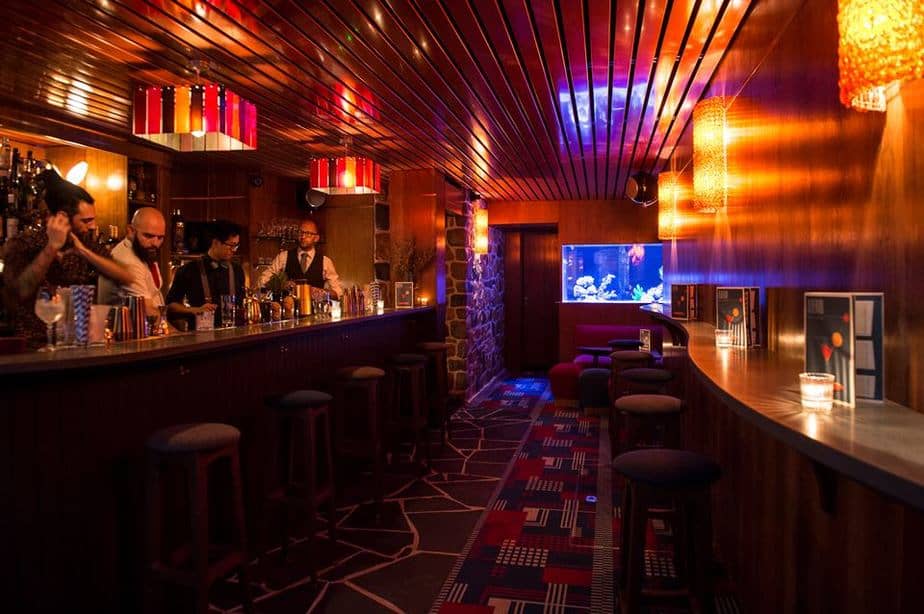 Possibly one of the coolest concept bars in all of Europe, Bluebird has seen immense success just like its older brother, the Moonshiner. If drinking interesting gin by candlelight sounds like a preferable night out then you’ve found your home in the Bastille.

The bar is a short walk from the main square if you’d like to kill two birds with one stone and visit the Bastille monument as well .

As promised, I give you the Moonshiner of Bastille. A 1920s prohibition themed speakeasy with more vintage whiskey on the menu than you can imagine.

The Moonshiner can be hard to find; as all great speakeasies generally are. To get to it you’ll need to go into Pizzeria Da Vito and make your way to the back of the restaurant. Go into the freezer and find the hidden door, inside is the notorious Moonshiner. 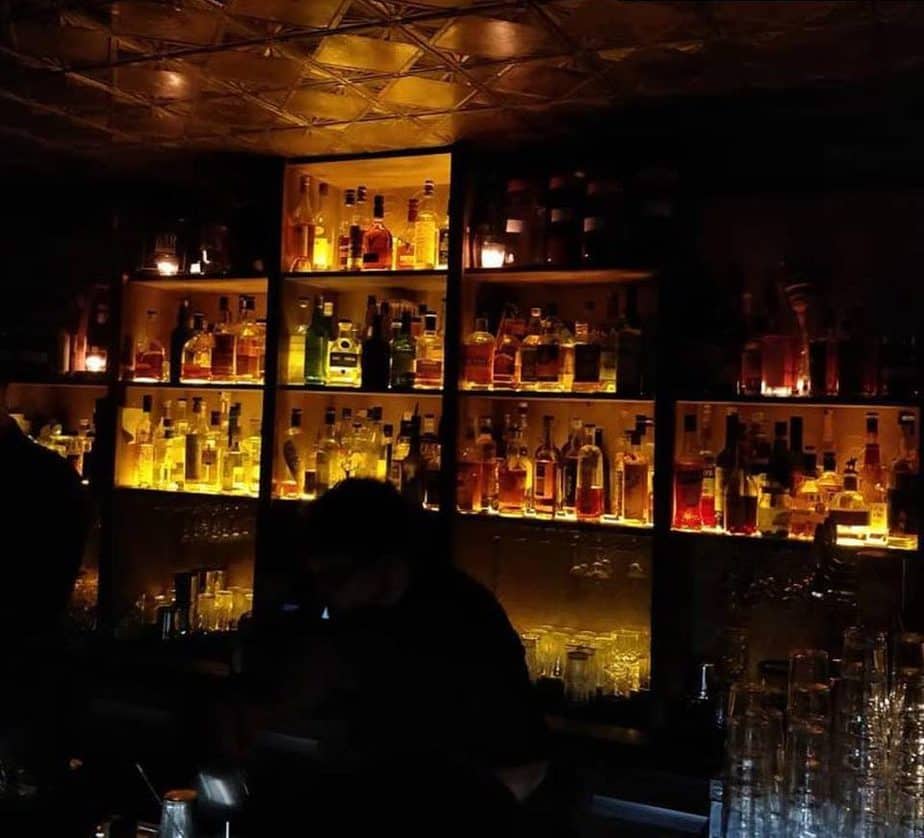 Expect dim lighting, wonderful bar staff and melodic jazz to swing the night away. The Moonshiner is open seven days a week between 6pm and 2am.

Don’t be put off if whiskey isn’t your forte, the bar also offers a range of cocktails and beers. Thursday nights are my favorite times in the Moonshiner, but a casual afterwork drink on a Monday or a full blown razzle on a Friday are also great options.

This next spot I was introduced to by some attendees of a free guided walking tour who had found it on a whim the evening before. China is a 1930s Shanghai colonial club right in the heart of the Bastille and it is unfathomably cool.

The checkerboard floor and vibrant red furniture set the perfect scene for artisanal cocktails or glasses of vintage wines. Every evening, there are live concerts in the basement which ranges between jazz, funk, soul and blues. 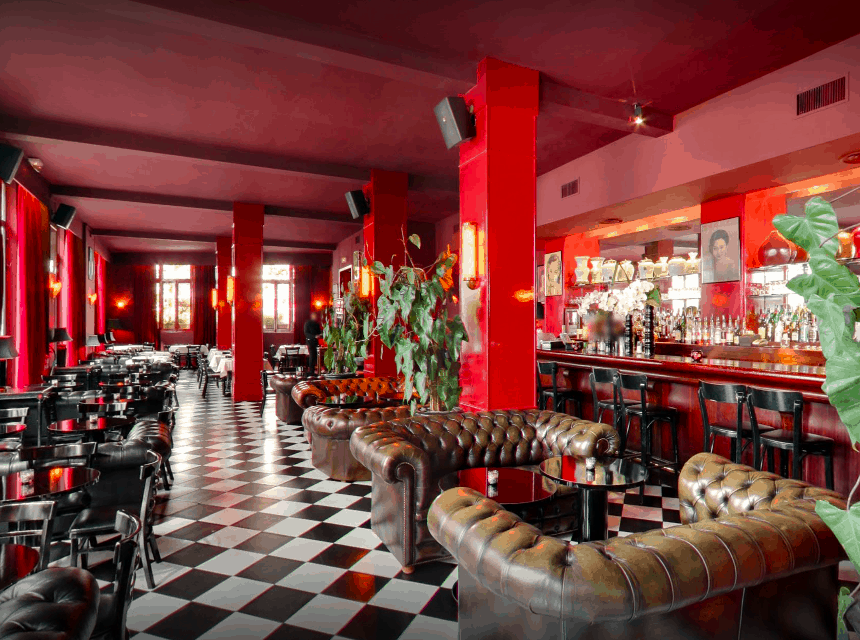 China – by China – Uploaded by them

What I love about China is that you also have the option of moving into their dining space where their menu will blow you away; Thai cuisine, abundance of shiitake mushrooms and lemon over everything.

Since China is a bar/restaurant and gig venue hybrid there are always different events happening in the space. Following their social media is a good way to keep up to date with what you can expect — or just show up and allow the evening to take you on a journey of its own, why not?

Taking things in a slightly different direction, Le Red House is our solution to a laid back, western style night out. It is a Texan style saloon with a carefree, no qualms ambiance.

The bar is open daily and, like all places in the Bastille, closes its doors at 2am. There is a DJ at all times and the musical genres range between everything from rock to electronic. Happy hour takes place between 5pm and 8pm where you can get a pint of beer for just €5, and select cocktails for €6. 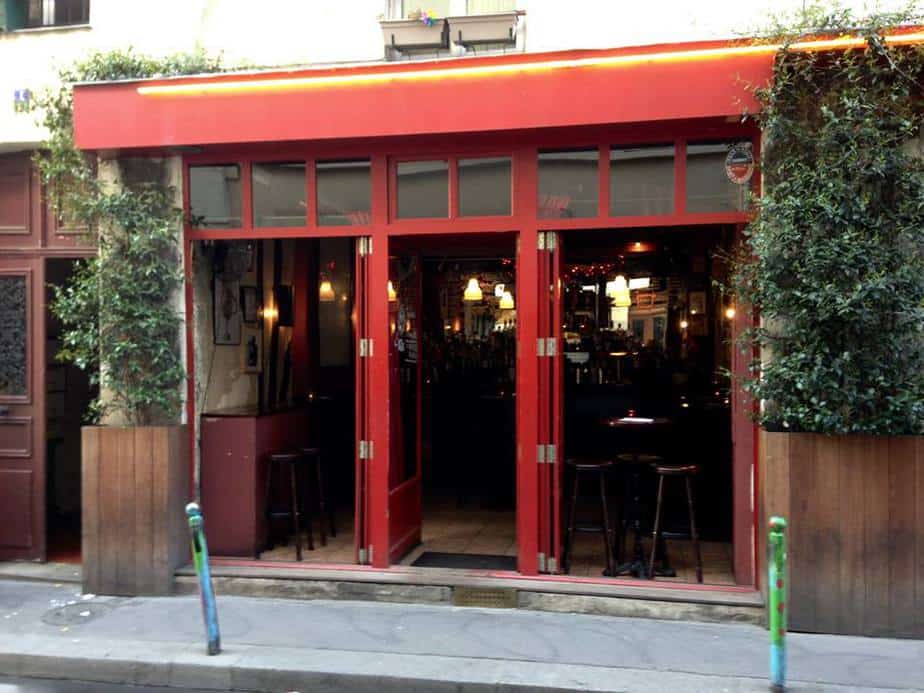 Le Red House is a large space made up of a number of connected rooms. I’ve never seen this spot empty, even on a Monday evening. The patrons at Le Red House are generally a youthful crowd and dancing is a central focus within the space. Not the place you’ll come to have a heartfelt conversation over a light drink — prepare to dance!

In the narrow side street across from East Side Burgers in the Bastille, Charlie Bar is making a big name for itself as one of the most affordable (but fun) places to drink in all of Paris.

For just €2 you can enjoy half pints of beer. A full pint will set you back €4. And no, that’s not just during happy hour — that’s all night long! 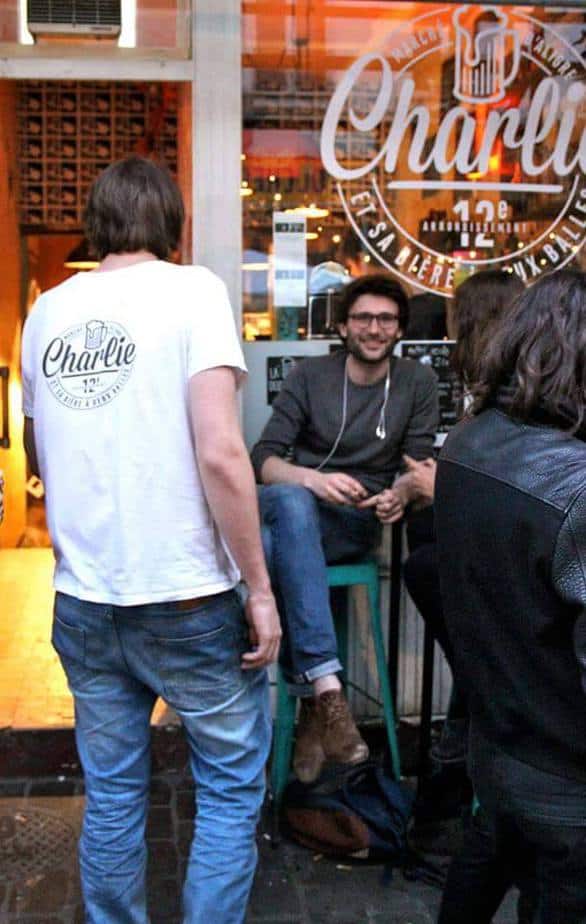 Charlie is a wonderful, relaxed space where the music is soulful and there is ample couch space for all to laze about on. There are even acoustic guitars for patrons of the bar to experiment with or jam along to the music of the evening.

Unlike Le Red House, this is the kind of place you can come in search of genuine conversation and likeminded individuals. Music that is loud enough to dance to but also soft enough to talk over — sound good?