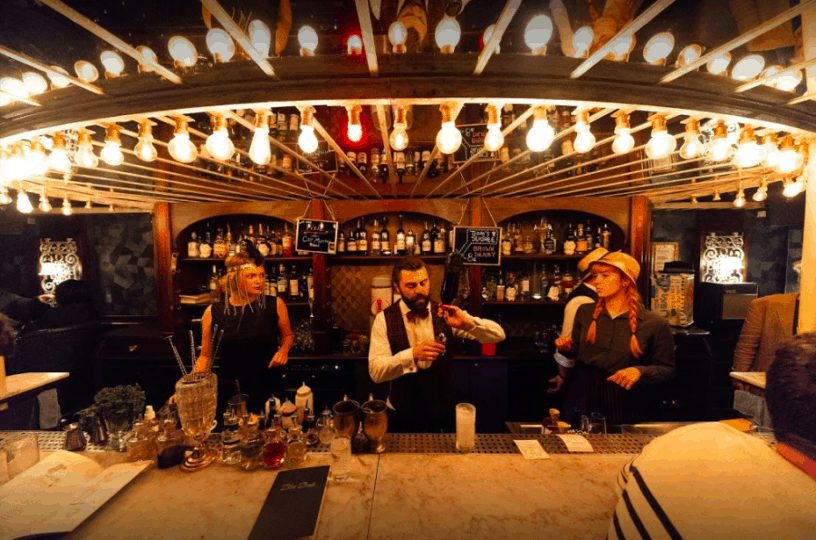 Isolating the best bar in Pigalle is like trying to argue which street in Paris is the most picturesque; a somewhat pointless and unprogressive task that makes little difference to the experiencer of the place either way.

Pigalle is like a separate world in the greater scheme of Paris. The old red light district of the French capital can be described in many words but it’s usually the phrases “risque”, “debauchery” and “ mayhem” that come to mind when you first ask for someone else’s interpretation of the neighborhood.

A taste of Pigalle – by Francisco Gonzalez – Wikimedia Commons

For centuries this area in the 18th arrondissement was the playground for both Parisians and visitors from all over Europe. It was the one place where people could really let loose and enjoy the finer things in life… like sex and booze.

While Pigalle is nothing like it was back in its heyday, it’s still the one place in Paris where you can always count on finding a good time. Here are the bars one simply must check out when venturing around the foot of Montmartre hill.

Le Chat Noir is a pillar of history when it comes to the neighborhood of Pigalle. This bistro was one of the first modern cabarets in Paris and drew the attention, and patronage, of many influential artists from around Europe .

Today the space is used as a boutique hotel space where each floor is dedicated to a different artists. At the bottom level the public are welcomed in to enjoy a range of delicious drinks and foods while music blares in the background. 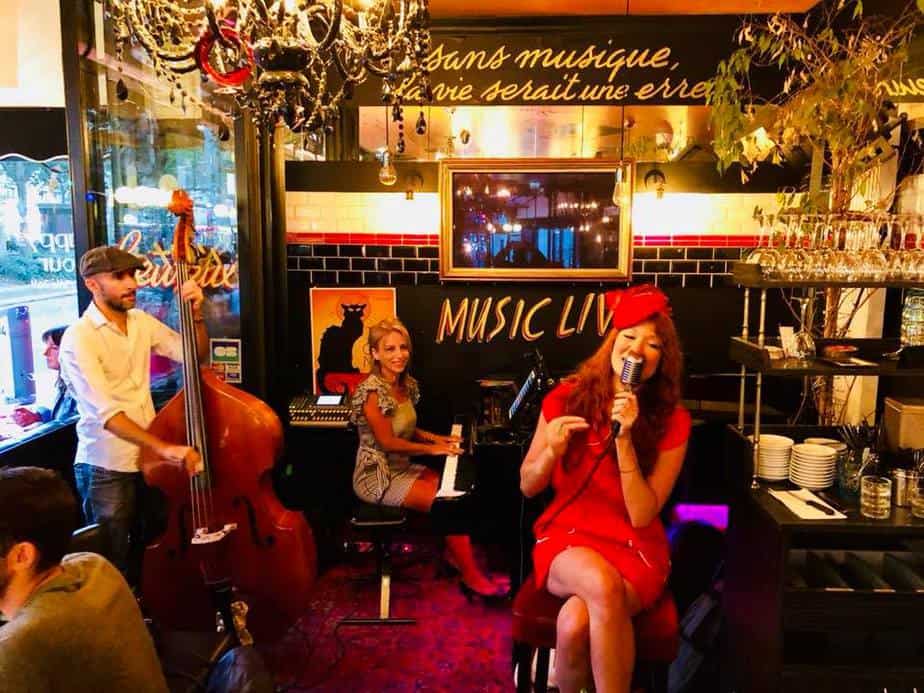 The bistro and bar are open daily from 7am to 5am — late running bars are common in this part of town where nightlife seems to rule the schedule of things.

The best time to visit would be on weekends. Le Chat Noir has live jazz bands and festivities continue late into the evening — such fun!

LesTrois Baudets is actually a concert hall and theatre in the heart of Pigalle; it happens to have an enticing bar facility on the property that brings in customers even when they aren’t arriving to see a show.

People recognize LesTrois Baudets by its black and red interior and vintage flair. The bar owes much of its attraction to the fact that happy hour gives patrons €5 cocktail deals and other wonderful drink specials. 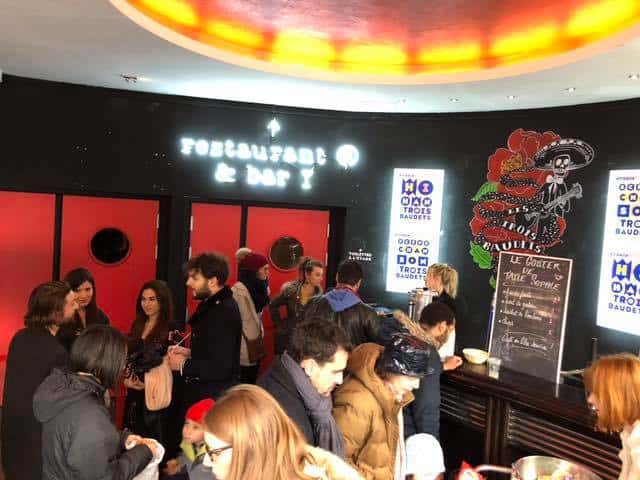 I recommend starting your night here. LesTrois Baudets is just a short walk away from the rest of the main Pigalle strip with other fun venues such as the infamous Moulin Rouge cabaret.

This bar owes its unique naming to a decision that was made by the most recent owners of the space. Back when Pigalle was still the red light district of Paris, this bar was one of the most frequented in the neighborhood.

The decision to keep the original name has resulted in both controversy and hilarity. The interior of the bar is laid out in a Tiki style manner and the menu comprised of over 50 unique types of rum. 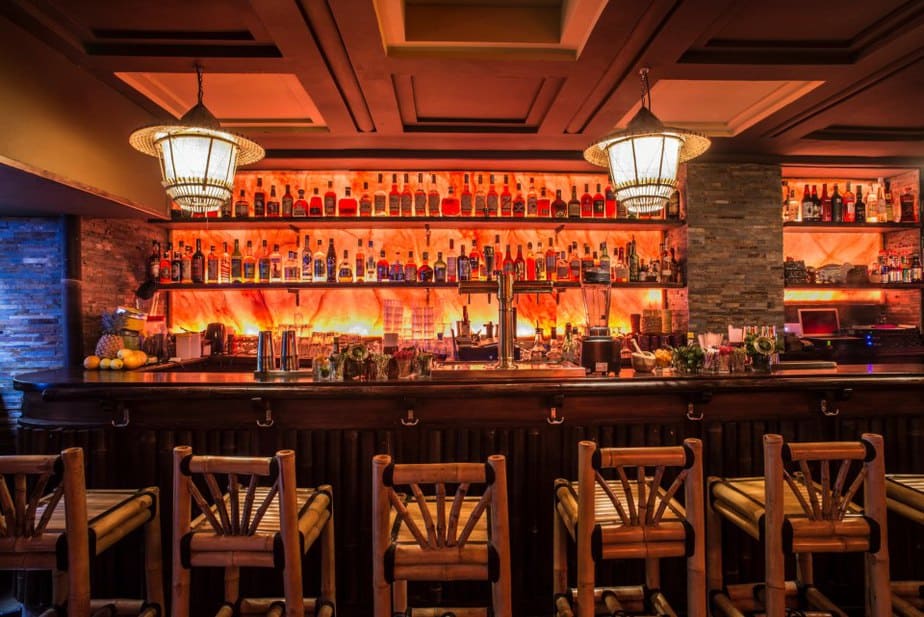 Dirty Dick in Pigalle – by Dirty Dick – Sourced from their website

Everything about this place is kitsch — even the cocktails are served in carved totem heads. Think punch bowls, shooter specials and lots of silly fun in the heart of Pigalle.

Masion Souquet is probably the most exquisite, and classy, establishment in all of Pigalle. It is a five star boutique hotel built into the building that once housed one of the first brothels in all of Paris.

The space gives new meaning to the word plush; draped velvet, vintage woodwork and fine art make it the picture of escapism when compared to the rest of life in Pigalle. 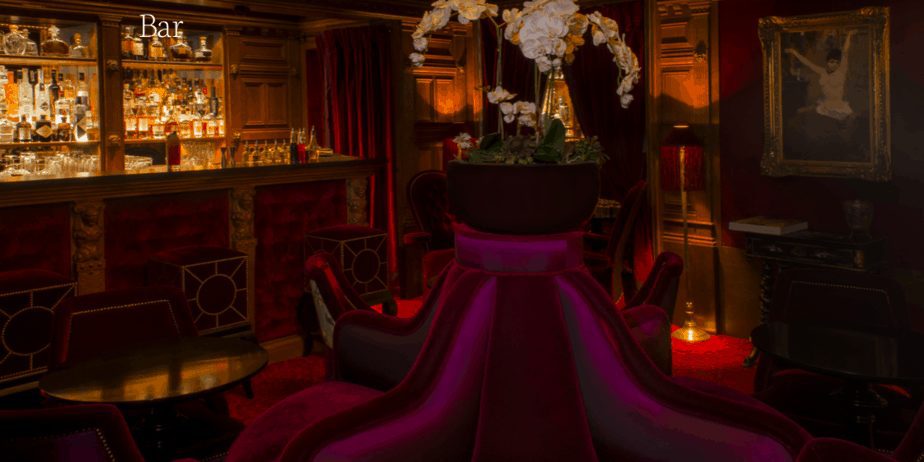 The bar of Maison Souquet embodies much of what the hotel does, without you having to burn a hole in your pocket just to be part of it.

Dress for this bar and start your evening out on the Pigalle town on a high note fit for a queen.

Trust Pigalle to take you right out of Paris and into the soul of 1920s New York City or New Orleans.

Lulu White is a speakeasy style bar right on the main Pigalle strip. It is a beautiful and transportive space that completely blocks out the outside world once you’re inside. This is the closest thing to a time warp that you’ll find in Paris, bar the few places that allow you to venture back to Paris’ own 1920s. 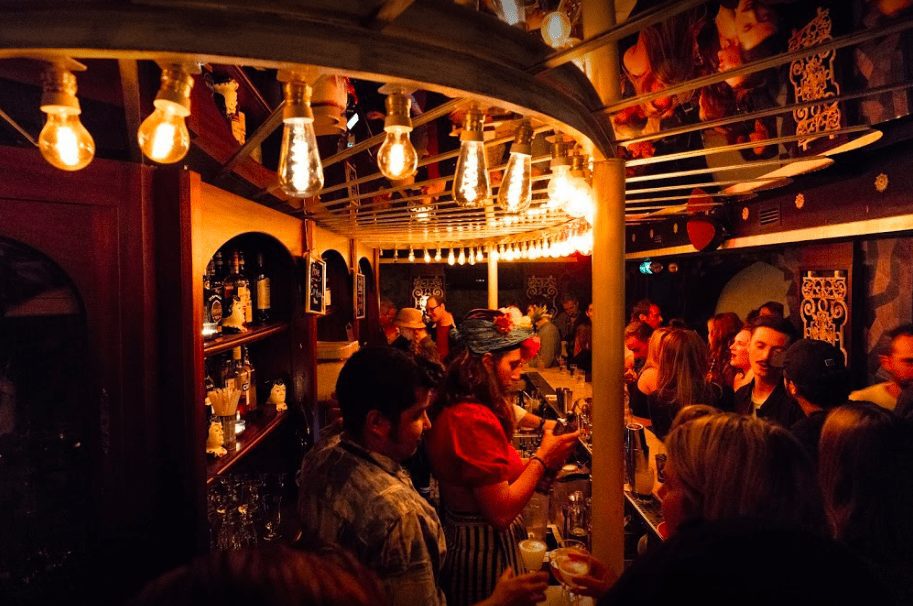 The soundtrack is usually comprised of classic jazz (sometimes performed live) and the ambiance holds an elegant appeal in ways I really struggle to put into words. If you were wanting to try Absinthe while in Paris, this would be the place to do so!

Drinks are fairly priced, customers seem to be intellectual and open to conversation & the staff are equally as friendly. 10/10 for this hidden gem in Pigalle.

At its core, Pigalle has the tendency to bring out sides of people that even they probably didn’t know existed. It’s a place of escapism, entertainment and harmless fun — if you let it be.

Which bar to first?