5 things to learn from Bastille 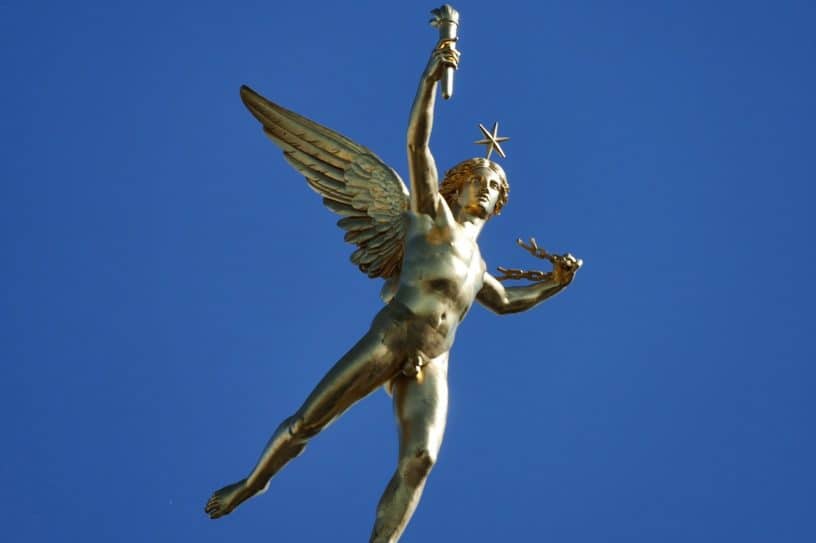 5 things to learn from Bastille

Bastille is the symbol of the revolutionary France! It’s one of the most important squares of French history, which is why you should definitely know about it. It is from Bastille that union demonstrations start, and the first of May parades as well. It is the starting point of all the social protests and manifestations, pride marches and many other gatherings.

History turned Bastille into one of the most important places of the city whenever people need to be heard! When people are unhappy about a certain issue, they organize demonstrations and start marching from the Place de la Bastille. It really is very important to visit it for the understanding of French culture and history. While in Bastille, I’m sure you will be mesmerized by the lively and busy atmosphere of the area, its grandeur and elegance.

As an introduction to Bastille, I’ve decided to write this article about the 5 things to learn from Bastille, so that once you get there you already know a few things about the area and its importance for the Parisians! Read on and get the fundamentals on Bastille history!

Bastille used to be a stronghold 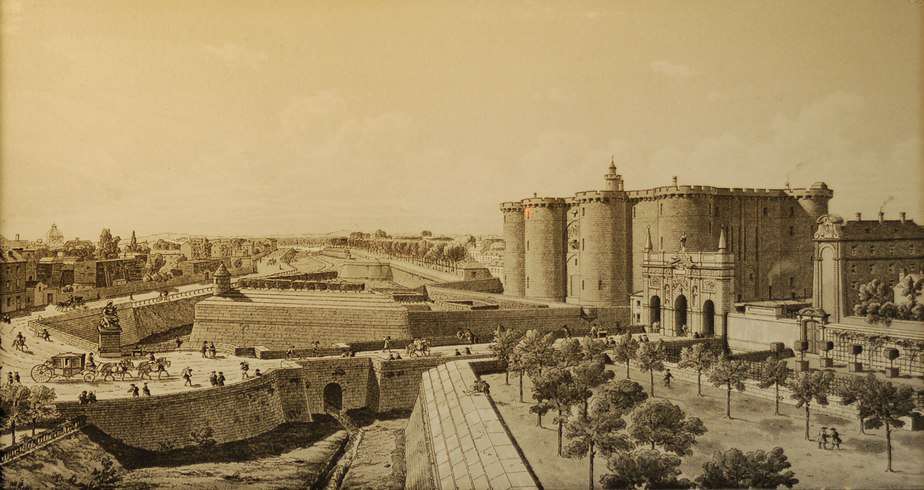 Bastille is a highly symbolic place in the history of France. The Place de la Bastille went through several changes along the centuries. It initially was a door of the boundary walls around Paris that were built in 1365 by the King Charles V. Starting from 1370, the door was reinforced to create a fortress to defend the east of the city. This construction was ended in 1382.

It once was a prison 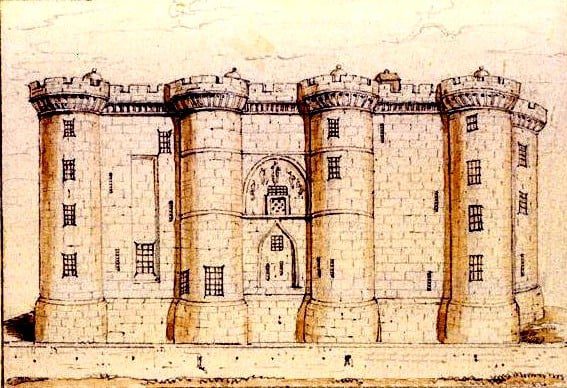 During the reign of Louis XIII, this military stronghold officially became a State Prison. People who were thought to be dangerous, political opponents, free thinkers, religious protesters were sent to prison by “lettre de cachet“, which were letters signed by the King himself, giving direct orders, arbitrary judgments that could not be appealed. The “cachet” refering to the Royal seal.

Nicolas Fouquet, the Marquis de Sade, and Voltaire were some of the most famous prisoners of the Prison de la Bastille.

Voltaire was sent to prison twice. The first time was in 1717 for offences against Philippe II, Duke of Orléans. Then, he was again imprisoned in 1726, after a duel against Louis de Rohan. It was during his first imprisonment that Voltaire wrote his first play Œdipe. The Marquis de Sade also wrote his great first novel The 120 Days of Sodom in the Prison de la Bastille in 1785.

On the upper floors, comfortable rooms were arranged for the prisoners that had the means, while cold and isolated dungeons were in lowest levels of the prison.

The Prison de la Bastille was a monument! It was twenty-two meters tall and had a twenty five meters large trench with eight meters of depth! It even was reproduced by video games companies, in the 2014 Assassin’s Creed game.

It is where the Storming of the Bastille took place 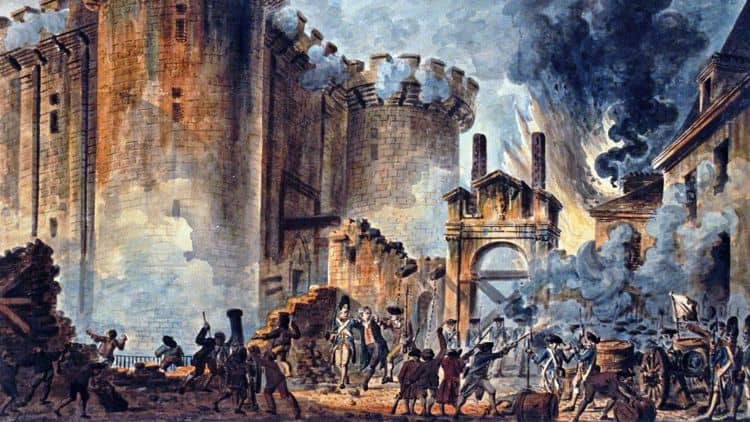 For the Parisians, the Prison de la Bastille was the symbol of the Royal authority. It was taken by assault in July, 14th of 1789. The next day, the citadel was demolished stone by stone. It was the beginning of the French Revolution!

The prison became the symbol of freedom for the Parisians!

In 1840, a bronze column was inaugurated 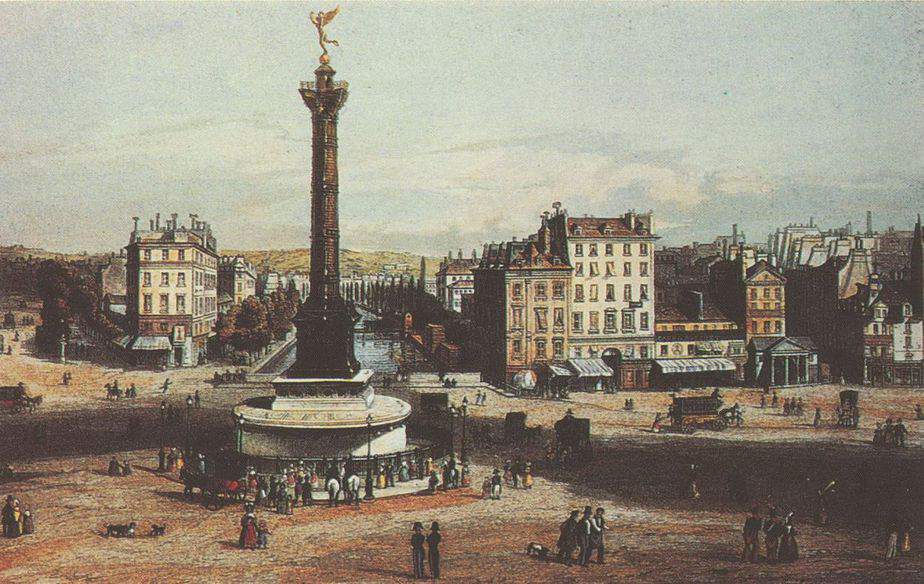 In 1840, a bronze column was inaugurated to commemorate the 1830 Revolution. It houses under its base the people who died during the confrontations. More bodies were added after the 1840 Revolution. The column was called “la colonne de Juillet” and is the highest tombstone of the capital!

The Colonne de Juillet has been closed to the public since 1985, but it is planned to reopen for visits in 2020. You will need to be patient! However, while you wait, you can still use the 3D interactive terminal, that is found at the corner of boulevard Richard Lenoir, for a unique experience! Pivoting 360 degrees, you will be able to time travel back to 1446 and to see what Bastille looked like during other times! It only costs two euros and it is definitely worth the try!

The Bastille Opera was built in 1989 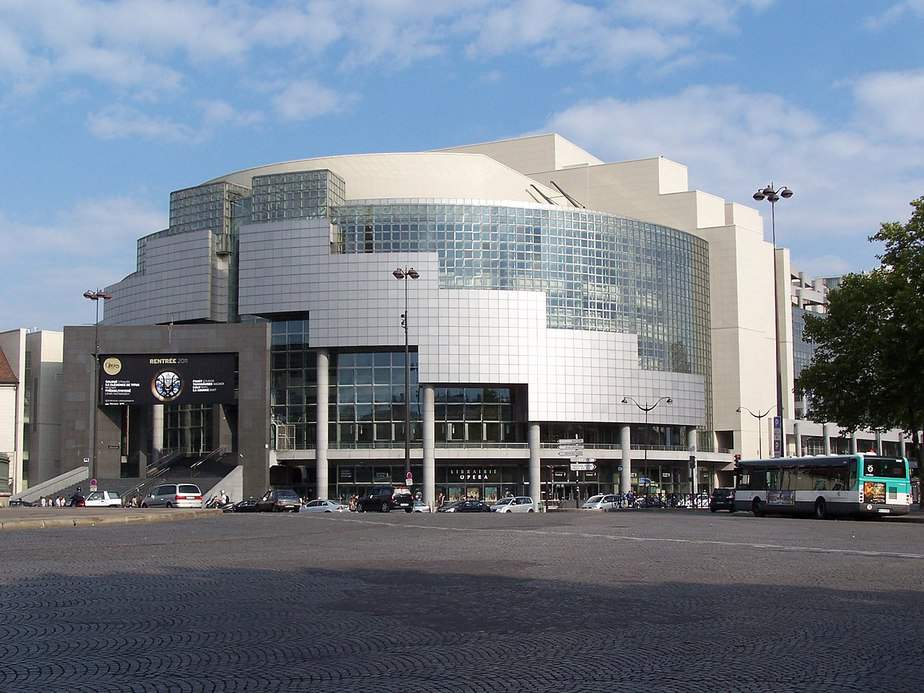 Over the years, Bastille had to be modernized. There used to have a train station, but then it was replaced by the modern Bastille Opera, which was inaugurated in 1989 to celebrate the bicentenary of the French Revolution! 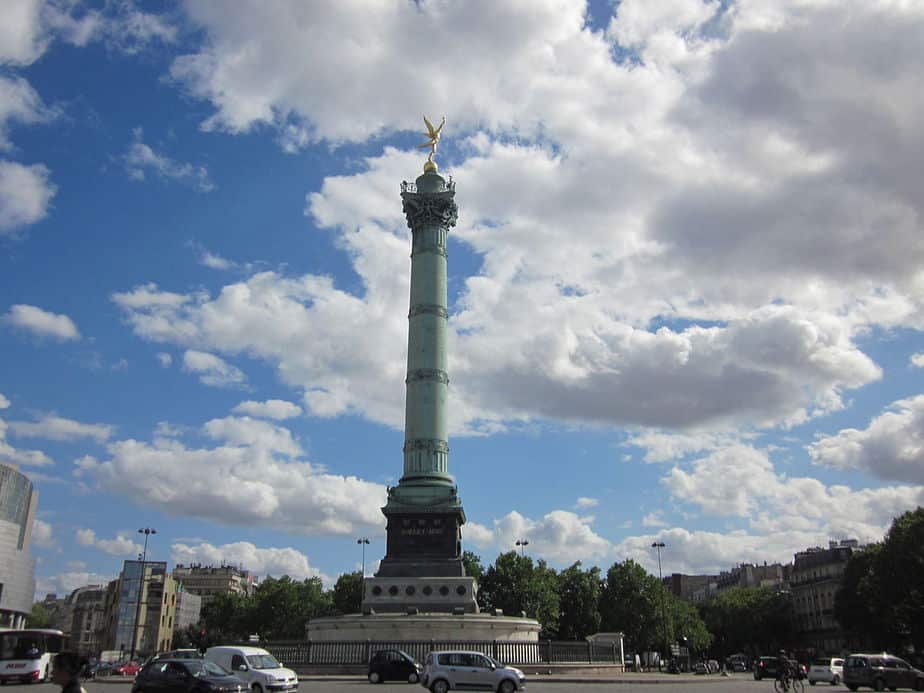 Over the years, Bastille greatly evolved, becoming one of the most lively areas of Paris. For instance, try to visit the Bastille market on Sundays (7 am to 3 pm) and Thursdays (7 am to 2.30 pm) to discover unique products and experience Parisians lifestyle and culture in the area!

On the spot where the Bastille fortress and the prison used to stand, you will now be able to admire the modern and sophisticated architecture of the Bastille Opera, which was inaugurated in 1989 and built as a part of the great projects of François Mitterrand government. The revival of the neighborhood happened around the Opera, that has now an essential part in the contemporary and Haussmannian architecture. Bastille is an area full of charm with its streets filled with restaurants and green spaces. Walk the pier of the Port de l’Arsenal and enjoy a relaxed moment. Get lost in the many alleys of this typical Parisian neighborhood and go window shopping.

But, at night, Bastille reveals its true colors! For years, some of the most popular bars and restaurants of the city were established there. You will also find some traditional institutions such as the Bofinger brasserie, an elegant Parisian brasserie that has a magnificent glass dome. From rue de Lappe to rue de la Roquette, and through the Faubourg Saint-Antoine, many bars and clubs attract night owls and bohemians in search of the best of the Parisian nightlife. Also, don’t miss the theater and concert venues to discover the newest musical trends in one of the most vibrant neighborhoods of the French capital! Don’t hesitate to contact us if you need further information about anything! I hope you’ve enjoyed my article about the 5 things to learn from Bastille and to see you very soon in one of our tours!