Top 5 places to dance in Paris 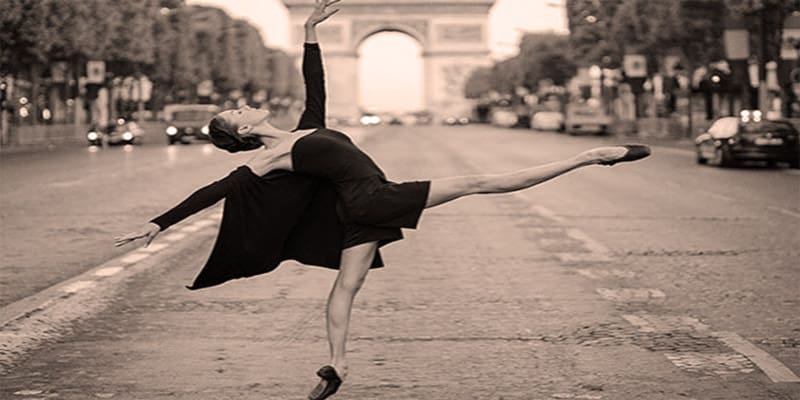 Besides being the city of stunning architecture, amazing food and nice accents that make nearly any statement sound sexy, Paris is a place that knows how to party overflowing with places to satisfy almost every taste imaginable. The inner city provides – often within walking distance, so you can hit them in the same night – bars, nightclubs and comfy venues when it comes to move your body on music. Here are listed the top five neighborhoods where you will find the best dancing places downtown. Here’s our list of top 5 places to dance in Paris.

Obviously you have already heard about Pigalle, maybe sometimes more for its popular culture but the neighbourhood has almost as many dancing places as London or Berlin. La Machine du Moulin Rouge for example is a unique venue with worldwide DJs, independent acoustic concerts and performances. Elegant and refined, with woodwork, columns decorated with caryatids, alcoves and Louis XVI armchairs, it is definitely the place to be on week-ends. Right besides it, you will find Le Carmen or Le Divan du Monde, which host different types of music, from 80-90’s anthems to African electro beats. Otherwise don’t be surprised to end up in smoking hot places there where you can sit and watch smoking hot girls dancing but that’s another story.

Basically the area hosts some of the best clubs in town especially when summer comes and you can use the terrace to dance and party. Places like Le Wanderlust or La Cité de la Mode et du Design get the all Paris ready to experience the finest electro music in the most modern-fashioned venues throughout Europe. Even on the top of the Institut du Monde Arabe, massive events take place for the pleasure of our ears. Docked on the Seine, you will also find today a dozen party boats popped up along the riverbanks. Known for its parties that never stop, Le Batofar (Lighthouse Boat) is amongst the most original which still delivers a consistently good schedule of international DJs and bands while Concrete, inspired by Berliner nights, offers a unique, late-night and early mornings scene sure to entertain any enthusiast of music and dancing. 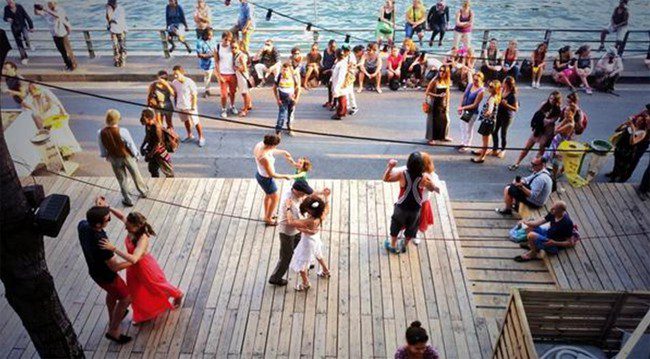 Fully furnished by large terraces, late bars and perfect dancing places like L’Antidote for night owls, the Latin corner gathers people for great nights out. Week-end live music is even stood in for soul, rock and disco parties at Le Caveau de la Huchette, symbolic jazz place since 1946, and its old stones of the vault. By following languishingly that side of the river Seine, do not miss to make one stop at Le Chi-wa-wa for a relaxing break of French songs, supporting piano bar and electrifying dances around the waiters. Latin corner is also famous for the banks of Port Saint-Bernard. Every evening, from June until the end of August, hundreds of dancers bring together spontaneously at the Jardin Tino Rossi with salsa, tango, traditional Breton dancing, rock, etc. there’s something for everyone! 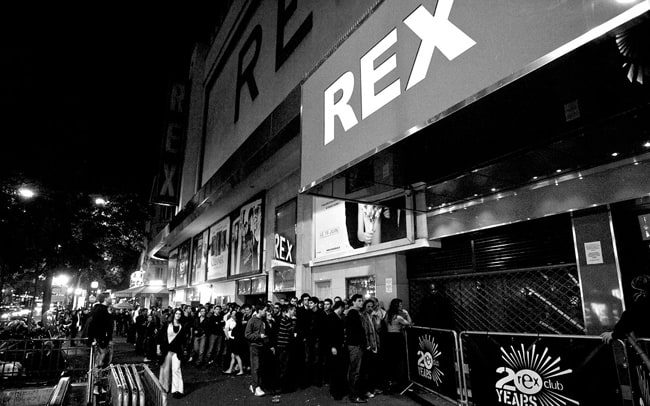 Featuring sunken dance floors and an international crowd often in search of a mood-altering experience, Le Rex Club easily recalls the big techno-grunge clubs of London. The music here is usually bass-heavy house and electronic, while crowds don’t start pouring in until well after the metro has closed. Located in the smack center of the Grands Boulevards club scene, not far from the aforementioned Rex, Le Social Club boasts some of the hottest acts from the French and international DJ scene.

Designed in a self-proclaimed “retro-futurist” style, the electro venue is housed in the same building that used to print George Clemenceau’s “L’Aurore” newspaper. The music tends to be eclectic, but house, techno, disco, electro, and similar genres usually end up reigning. At last, it would be hard to find a club more dynamic and energetic than La Favela Chic. The atmosphere is feverish, the dance floor packed, and people are clearly in the mood to let loose and show off their seductive dance moves to the rhythmic beat of Brazilian and Latin music. 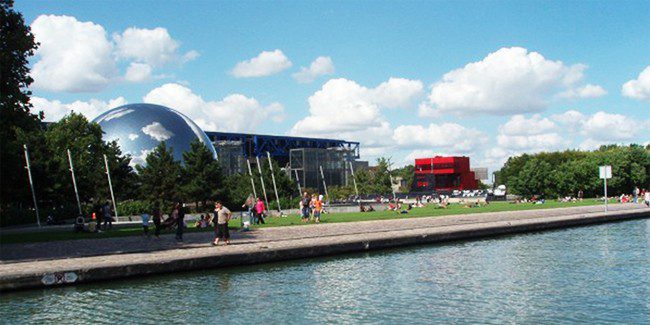 Regarding its 55 hectares of parks and gardens made up of culture programs with modern circus, dancing, live music, urban cultures with a big street festival, exhibitions, outdoor cinema and main residence of various artistic projects, La Villette is doubtless the most eclectic dancing place in Paris. Nightclubs like Le Trabendo or Le Cabaret Sauvage draw dance floors aficionados all week long while Le 104 shows people practicing dance in open spaces and amazing performances. Here are some of the best live music venues as well with the magnificent Cité de la Musique which has pride of place on the esplanade.

These, of course, are just the beginning of your awesome discoveries by yourself wandering around because even as most bars begin to shutter theirs doors, the party is long from over!

Sylvain is really keen on discovering new places by walking randomly down the streets and strolling into bars, shops and restaurants. Loving Paris for its diversity and culture, he is with this in mind striking up conversations with local residents or foreigners whenever possible. 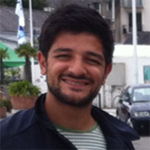 Sylvain is really keen on discovering new places by walking randomly down the streets and strolling into bars, shops and restaurants. Loving Paris for its diversity and culture, he is with this in mind striking up conversations with local residents or foreigners whenever possible.