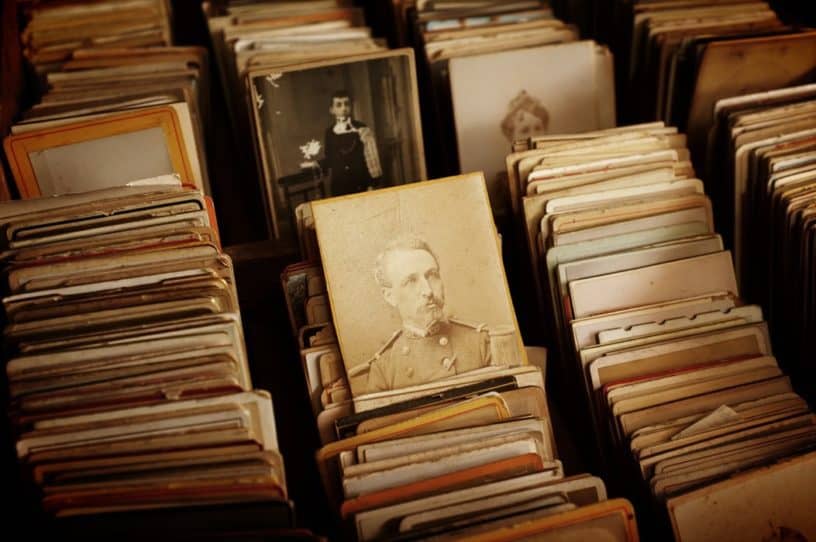 Paris is a city that thrives on its history. Any free guided walking tour of the city will make this abundantly clear. While you can always rely on the locals to tell you the tales of days gone by, there is nothing quite like the experience of Parisian history under one roof.

Revolutions, wars, refugee migration, gentrification, musical evolution… just a few of the themes covered in the many unmissable history museums in Paris. Some small enough to be enjoyed in an afternoon. Others that will take you hours to meander.

Due to the overwhelming amount of museums in Paris it can be difficult to isolate one or two best suited to your taste and schedule. What follows is my list of the top 10 most unmissable history museums in Paris. 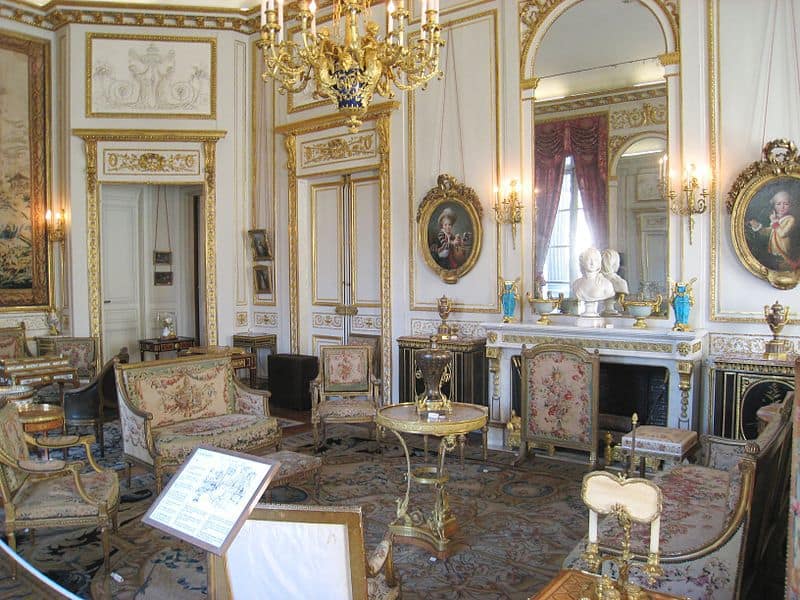 On the left bank of the River Seine is the French National Museum of Natural History. It is the official national museum of natural history for the whole of France and is a big part of the educational programs offered at Sorbonne University.

This one makes the top of my list as it is one of the more child-friendly history museums in Paris. In a grand display of fossils and bone fragments you’ll learn the history of the beasts with whom we share the planet. 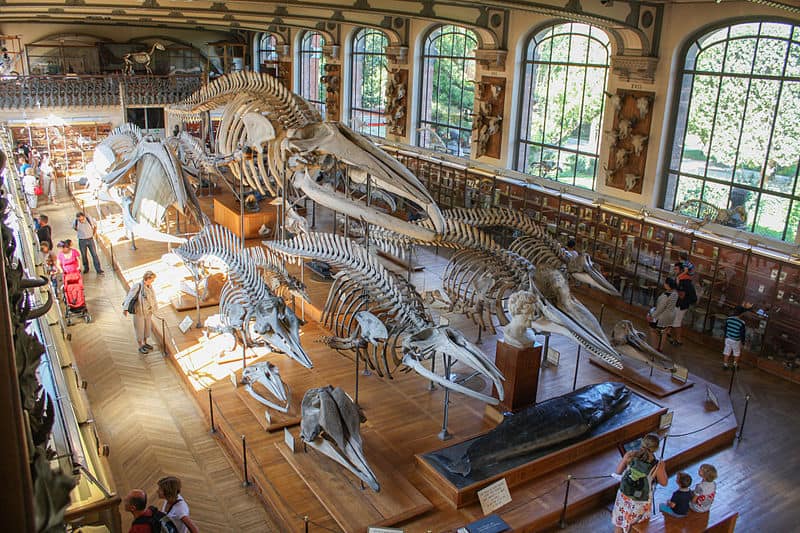 Be sure to take a walk over to the Galerie de Minéralogie et de Géologie to see the meteorite and crystal collection — such a sight for sore eyes!

The classist divide during the 18th and 19th centuries is a subject explored time and time again in many history museums around the city. The Nissim de Camondo museum is one of the more worthwhile ones to visit should you ever find yourself in the 8th arrondissement with two or three hours to kill. 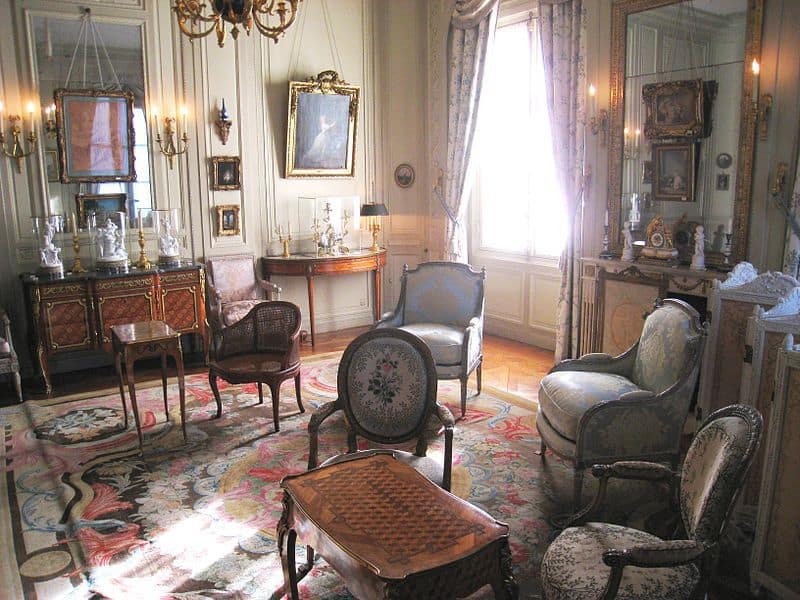 The museum is actually the former home of the Camondo family who were part of much tragic history throughout both WW1 and WW2. Roam the mansion to learn more about this slice of the past while basking in the incredible collection of 18th century art and furniture.

Try imagining these very elegant, now desolate, homes once filled with life is much of the appeal in exploring historic Paris.

3. The Cognacq-Jay Museum in Paris

One of the best things you’ll do in Paris is stroll the Le Marais neighborhood. Whether you’d like to join me on a walk or navigate the streets yourself, be sure the Cognacq-Jay museum falls onto your route.

Located in the very heart of the 3rd arrondissement, this museum is a beautiful teacher of the Age of Enlightenment, more commonly known as the 18th century. 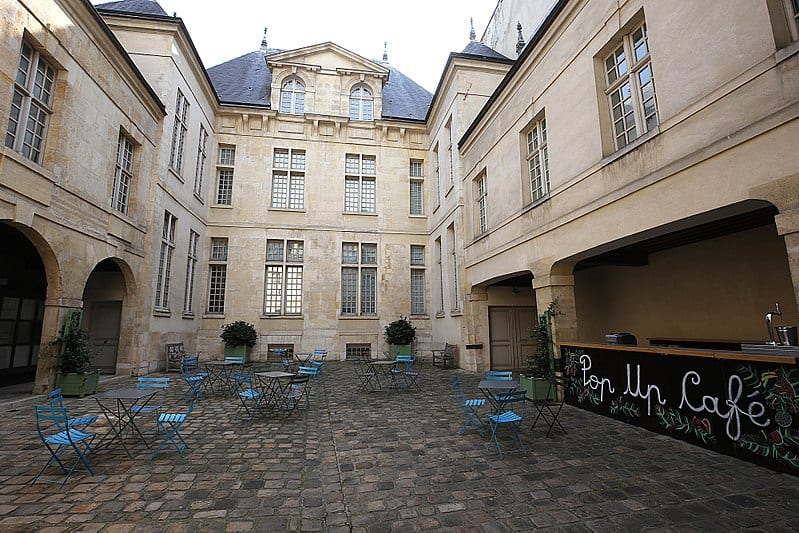 The founders of the museum, Ernest Cognacq and Marie-Louise Jay, have a life story that strongly competes with the interest of the museum contents. Expect sculpture, paintings, small objects and furniture to tell you tales of the years lost in this turn of age.

My list wouldn’t be complete if I didn’t mention at least one other child-friendly history museum in Paris. The National Naval Museum represents everything one needs to know about the French involvement in all things nautical.

Wonder the exhibits of preserved battleships and streamers dating back to the reign of Louis XV. You’ll also have the opportunity of a lifetime to view the “royal barge” that carried Napoleon II when he was inaugurated as emperor — quite remarkable! 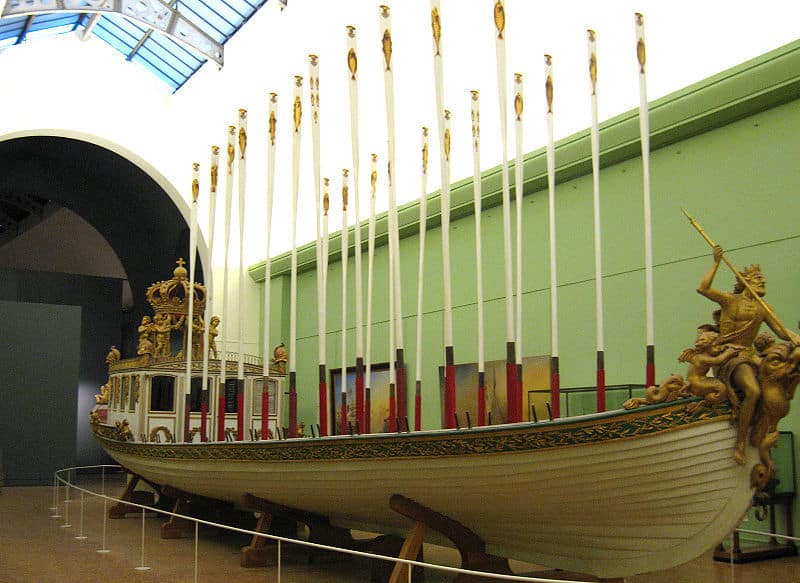 To get to this museum you’ll need to take the metro to Trocadéro and walk the roundabout in the direction of the park. The museum sits on the edge of the garden’s entrance.

The Cluny Museum is the National Museum of the Middle Ages of France. For lovers of historic gothic architecture I cannot stress a visit to this space enough. The museum is housed in a former hotel building still standing from the late 14th century.

While taking in the unfathomable construction you’ll learn all about the Abbot of Cluny and order of Benedictine monks. The building is also home to one of the most famous tapestries ever made, The Lady and the Unicorn. 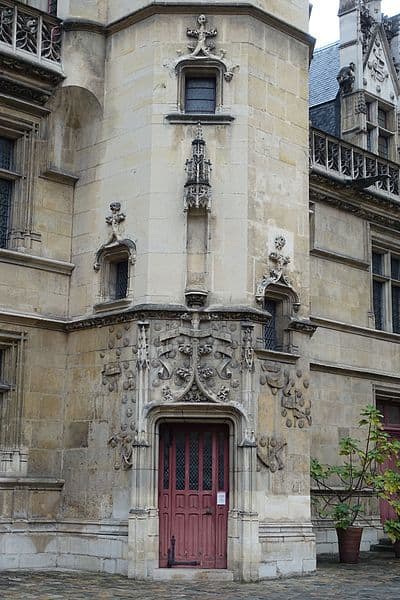 The Cluny Museum is the largest collection of medieval artifacts in the whole of France. I would reserve the better part of your afternoon for exploring this monument, it’s not one to rush through. J’adore!

In the 15th arrondissement of Paris you’ll find a museum that doubles as a research and documentation centre; the Musée du Général Leclerc de Hauteclocque et de la Libération de Paris… or the Jean Moulin for short. 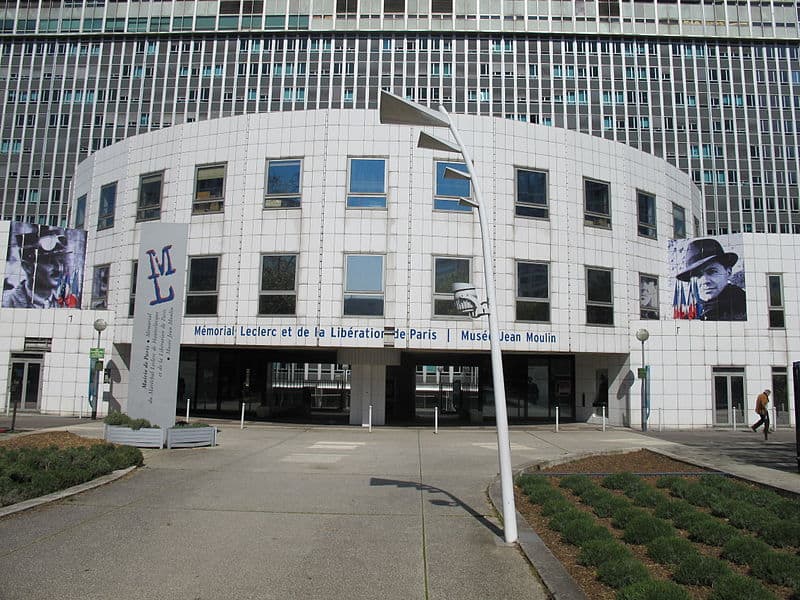 This museum covers everything there is to know about an extremely poignant time in French history, World War II. The museum is interesting because it tells the history through the point of view of resistance leader Jean Moulin. Instead of feeling like just another history lesson, the museum takes you on an empathetic journey of war, resistance and liberation.

Admission is also completely free of charge so there is really no reason to miss out.

The 19th arrondissement is the former meat-packing district of Paris. That alone makes the area worth exploring. It is, however, also the new home for the history of music institutions known as Philharmonie 2, or The Cité de la Musique. 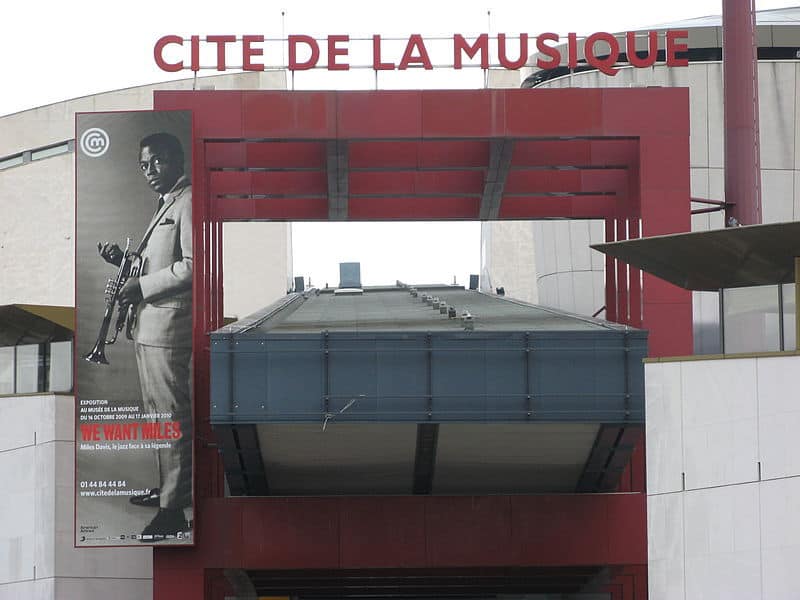 Instead of just being a single space, the music museum is spread across a complex of institutes. In some you will find performance halls and in others vast collections of instruments and preserved sheet music from throughout the ages.

Paris is a city that was largely built upon musical arts during the revolution periods. Even if just to see the collection of artifacts, take a trip to the northeast and spend sometime in this space. 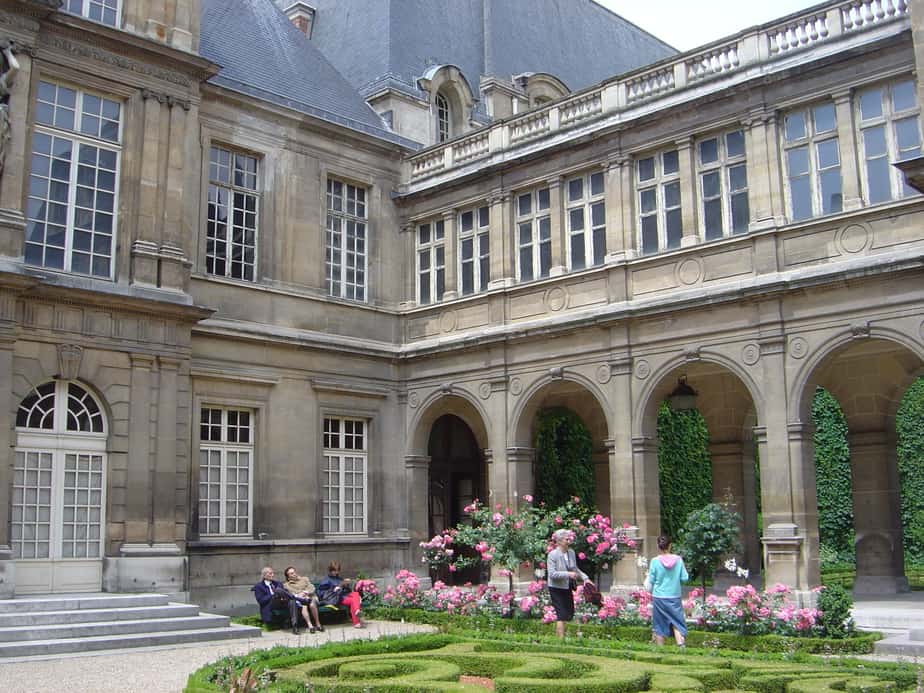 Let me break this down for you: If you came to Paris and you had just one day to learn all there is to learn about the history of the city, because your life depended on it… then Carnavalet would have to be the absolute first stop on your list.

Located on the outskirts of Le Marais, the Carnavalet Museum is an eclectic feast for the senses. 600,000 exhibits across 100 rooms all dedicated to telling the history of Parisian life. 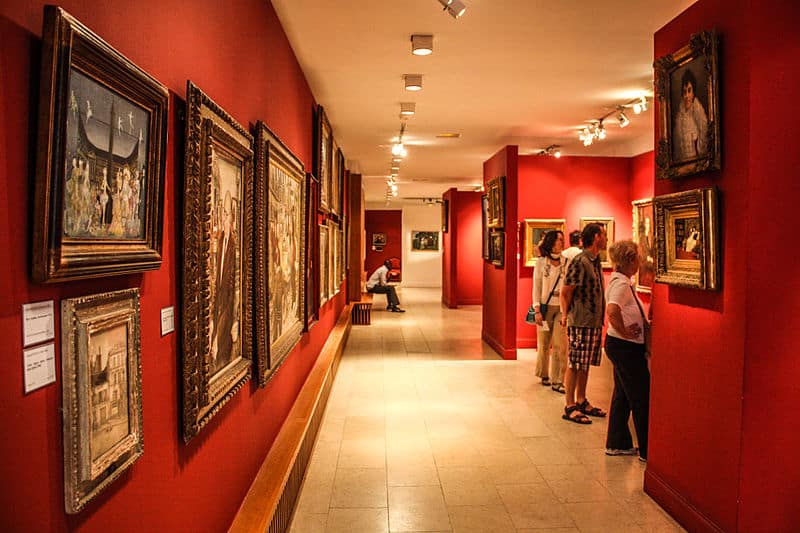 The space is centered around a beautiful garden that is great to take breaks in between departments. Due to the overwhelming nature of this museum I recommend browsing their website first and picking out your must-see exhibits before going in. This will save time and also limit the amount of mindless wandering you tend to do upon arrival at these kinds of museums.

Another interesting space to take the whole family for a dose of history. The Arts and Trade Museum is a great place to spend an afternoon in the city.

The Parisian era of invention and innovation left behind an array of machinery and scientific devices. The museum is endlessly fascinating and will challenge everything you thought you knew about mechanical evolution. 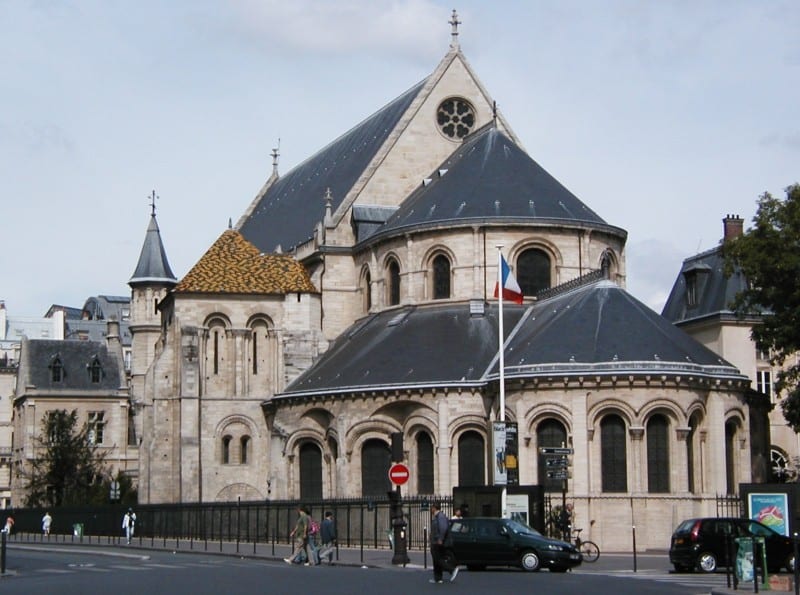 From some of the oldest ever airplanes to the first made model of the Statue of Liberty — a glimpse into how we’ve come to where we are in history. The only way I can describe this museum is a time warp, in every sense of the phrase.

Last, but definitely not least, is my personal favorite most unmissable history museum in Paris —  La Vie Romantique.

Situated at the foot of the Montmartre hill in the 9th, the museum exists within a hotel that is still standing from the year 1830. The museum explores the romantic period of Paris, better known as the 19th century, and features many collections of paintings, artifacts and preserved manuscripts from the era. 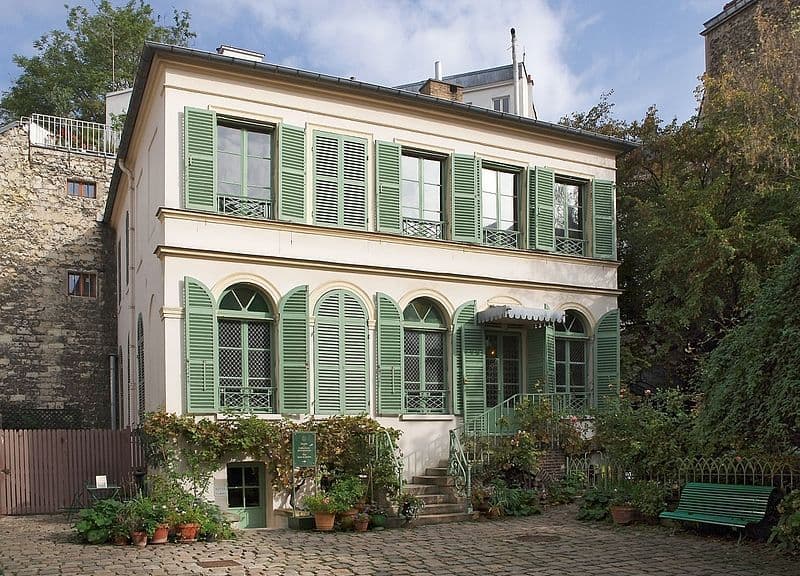 The permanent collections are always free to the public so even a short visit is worthwhile. I like to believe this museum is the best way to start one’s exploration of Montmartre, so going first thing in the morning would be best.

The museum is located in the Romantic district known best as “New Athens” and is best explored on foot. (Read more about walking tours in Montmartre) 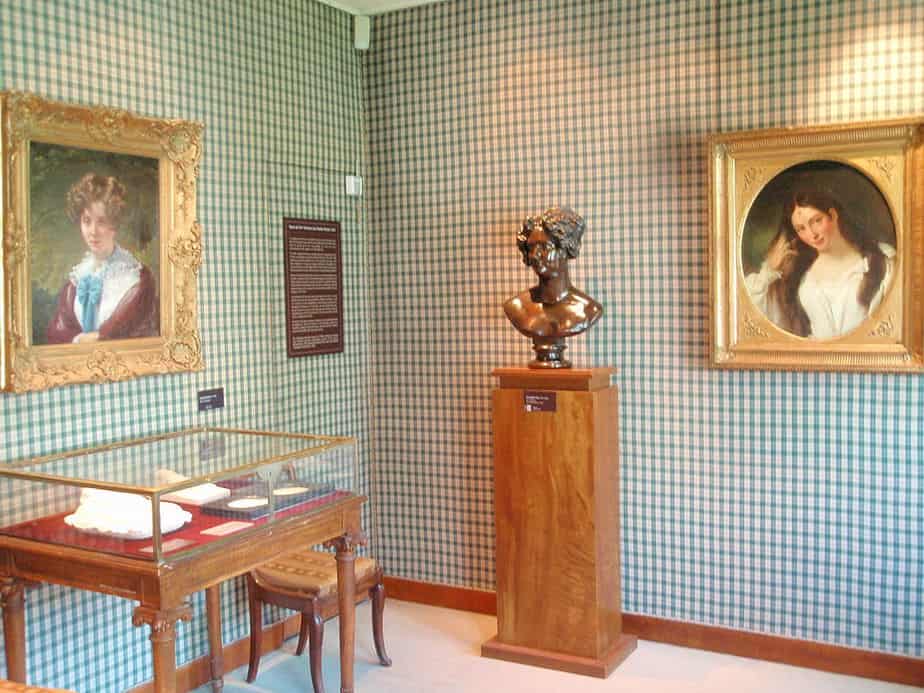 When it comes to exploring the unmissable history museums of Paris there are only a few tips to keep in mind. First, take time. French history is not something to be rushed, but rather dissected, digested and enjoyed.

Secondly, arrive early; this may be seemingly obvious but Paris in season is notorious for long lines and sold out exhibits.

And lastly, arrive with an open mind. Some history is easier to swallow than others, that’s a given. To fully immerse yourself in the Parisian spirit stay as open as possible and allow the experience to change your perspective… no doubt you’ll find it rather refreshing.