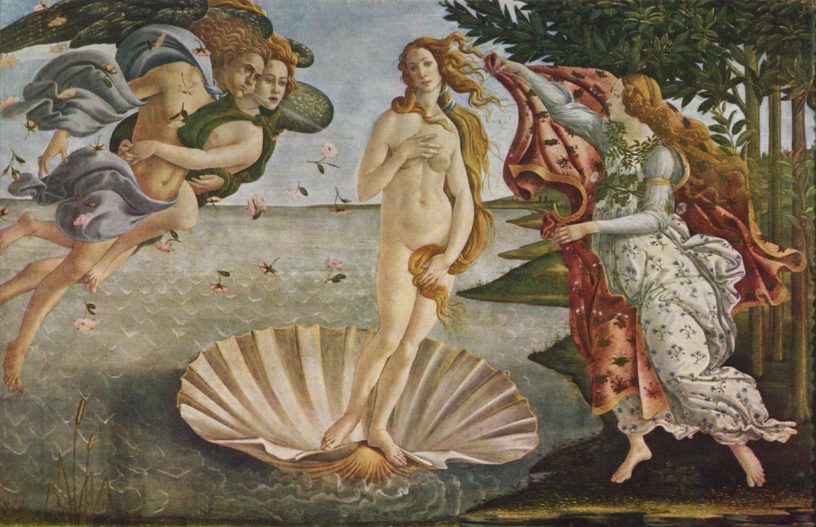 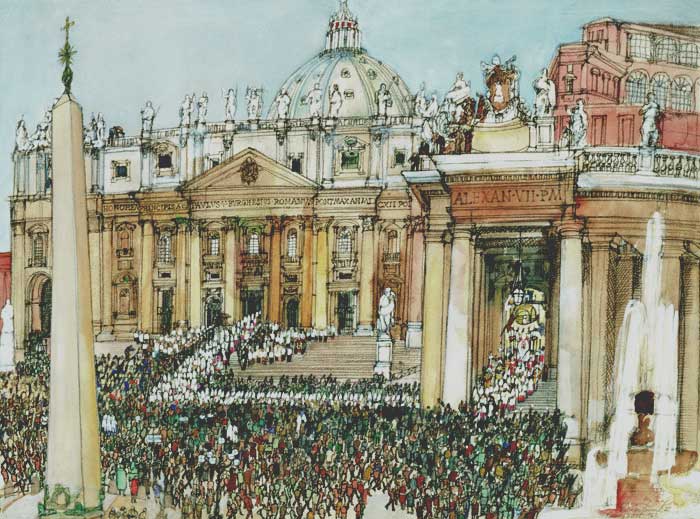 Imagine a world without books and newspapers, without music, beautiful paintings, art, carvings, and sculptures, without technology. In short, imagine a world without civilization. Boring, right? A lot of what we experience in the world today in terms of art, architecture, and music is a result of a European revolution; a re-birth and a time the world changed, its genesis being Italy.  The Renaissance.

Here are 15 facts to help us better understand the renaissance, and why it is very important!

1. This is what defined the Renaissance Era 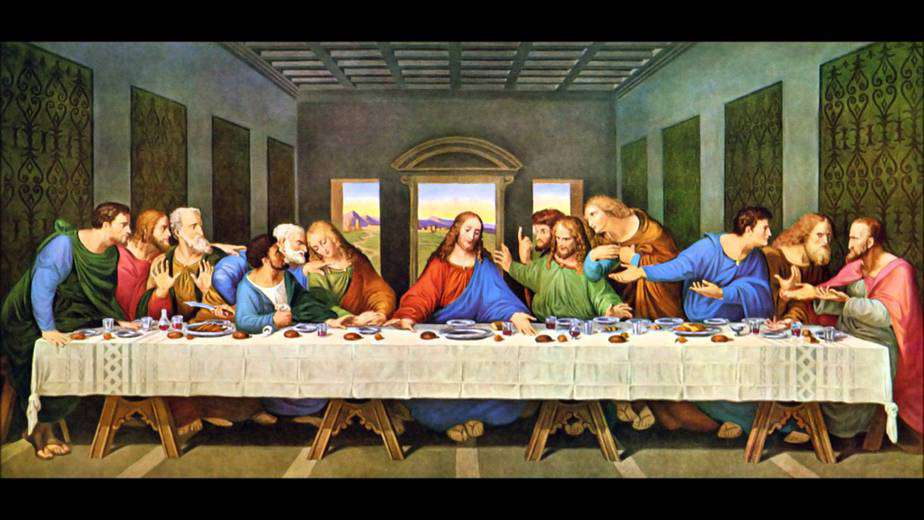 The renaissance era was the time between the Middle Ages (500AD-1500AD) and the Modern Era. This was a period when the Renaissance Man, also known as people who were knowledgeable in many areas; for example, Leonardo da Vinci was coined.  Christianity also saw a revolution when Martin Luther King contested the Catholic Church which was extremely powerful at the time, therefore bringing out Protestantism. This also was known as the Age of Exploration when the Americas were discovered by Columbus as well as the discovery of sea routes by people like Vasco da Gama.

Italians studied the ancient Roman way of life, literature, and other things and realized that the people in that era lived a different life. That is why there were advancements in most spheres of lives from the 1300s in things like music, poetry, art, and education, that were meant to make lives better and enjoyable for people. 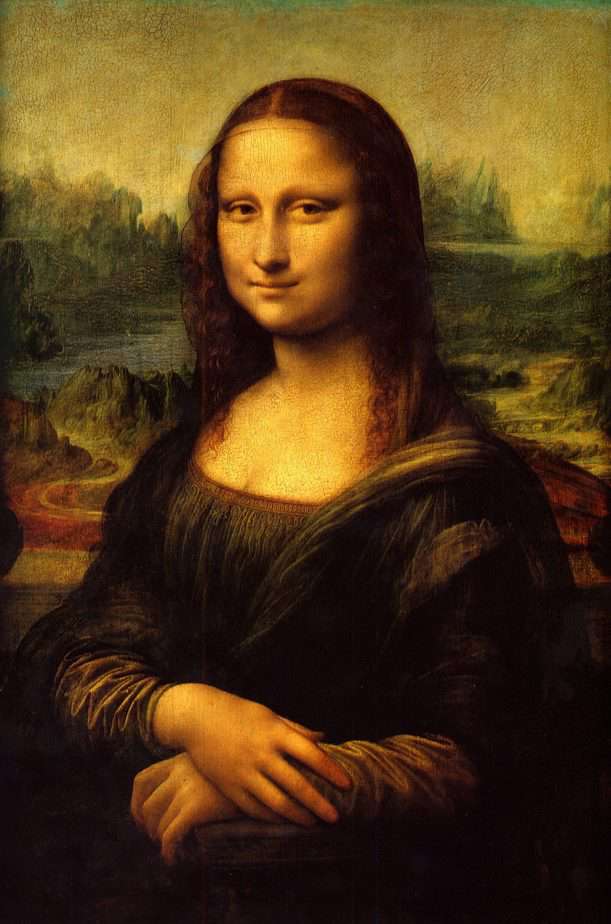 The Mona Lisa by Leonardo da Vinci, the Statue of David by Michelangelo, and the School of Athens by Raphael were done during the period, known as the High Renaissance, a period of exceptional artistic production.

While Michelangelo and Leonardo da Vinci are more popular and would be more credited with being the main Renaissance painters, Giotto di Bondone, a painter from Florence was the first to try something new in painting, leaving the Byzantine style that was used in the middle ages and opting to paint people and things as they were instead of the standard abstract painting.

Another fact that intrigues me is the fact that Michelangelo and Leonardo da Vinci used to dissect human bodies to be able to draw and sculpt humans accurately! Well, it was illegal for people who were not physicians to dissect bodies, but they somehow found a way to do it and they were the only two who could sculpt and draw people just the way they were! Was it talent or proper research?

The two were rivals, Michelangelo was known to have made fun of Leonardo da Vinci for failing to finish a sculpture of a horse! Imagine that! 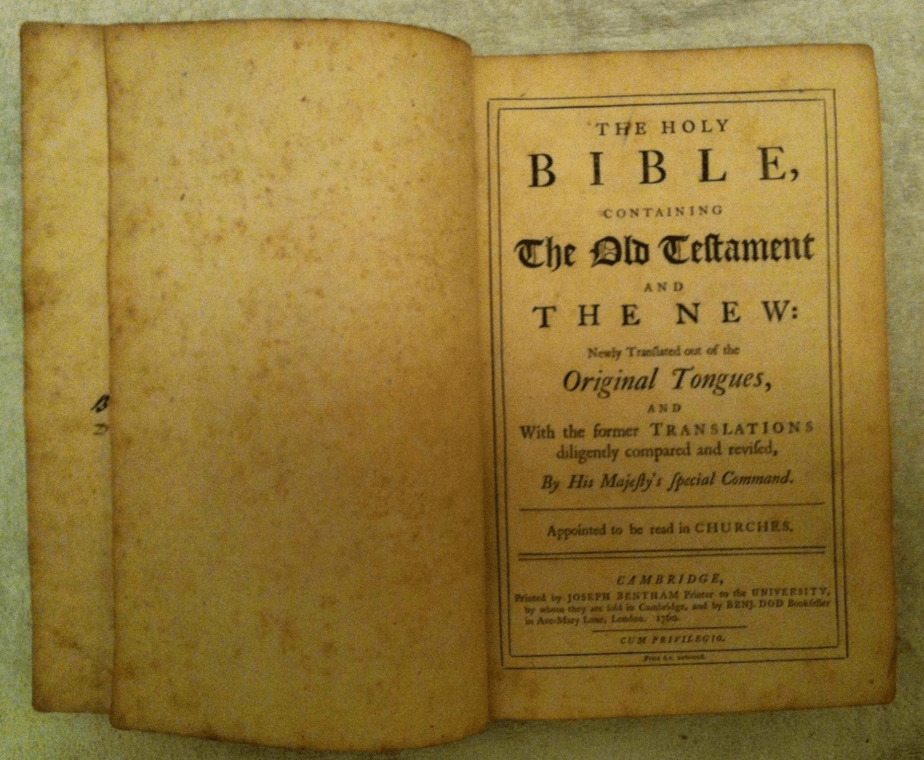 The King James Bible was printed during the Renaissance period together with other texts that were being printed during that time, with the Church being very popular and the richest entity, this Bible became the most popular. The team of scholars and translators who released the Bible had been working on it for seven years and was finished in 1611.

We need to thank the Italians for introducing the Renaissance period to the world. The renaissance period started in Italy and spread to other parts of Europe. The word Renaissance, however, is a French word which means re-birth which means that people at that time were beginning to look at a lot of things with renewed interest, and a lot of things changed at that time. The period is marked as being between the Middle Ages and the Modern Era, some people saying it was between the 14th and 17th centuries.

5. A period of enlightenment

The renaissance period is one of the turning points and one of the most important periods in the world’s history. Think art, think architecture, think poetry, music, fashion, and technology!

The reason that the renaissance period started in Italy was that the country was extremely wealthy and therefore the rich were willing to spend their money on things like art, and music. 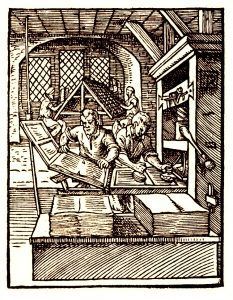 In 1450, Johannes Gutenberg introduced printing to Germany and extended his prowess to the whole of Europe; forever changing the history and future of text preservation and duplication. The great migration of Byzantine scholars who fled to Italy from Constantinople and promoted their texts of Roman and Greek origin to the region also enhanced the world of literature during this period. With Gutenberg’s innovation, the spread of information and ideas allowed for the spread of the Renaissance.

7. It brought about a better understanding of Humanism

The renaissance period is marked by the popular ‘Father of Humanism’, Francesco Patrarcha a poet and scholar who studied and spread ideas and poems to other poets throughout Europe and also marked the widespread of the Renaissance. His studies of poetry and philosophy from Ancient Rome became an inspiration to many in his field. Humanism meant that people realized the importance and value of man in the world. Humanism meant that for one to lead a moral and effective life, the Greek and Latin lessons were important! Aspects such as accounting were intensified in the Renaissance era, works on bookkeeping and accounting were published in that time, some done by the Father of Accounting Luca Pacioli.

The Medici family was a wealthy family of bankers who used their resources to sponsor artists to further their humanist movement. The family settled in Florence in the 1400s. This period marked the advancements in the scientific revolution and artistic transformation. One fun fact, during this period, Florence and Rome were rivals, even though they were the center of it all. Rome would eventually be elevated by the Pope, therefore, beating Florence. The Medici family can be seen in most paintings from the era, they are the people at the back, wearing red holding money!

During this period, the sciences grew in leaps and bounds, this is the era where chemistry and biology were embraced and replaced Aristotelian natural philosophy. The medical research area grew as much as the other spheres of research. Filippo Brunelleschi the architect made major advancements in design and math, Francis Bacon the Lord Chancellor, Isaac Newton the physicist, Galileo astronomer, physicist and engineer, and Rene Descartes the philosopher among others were also some of the talented minds that put in work and made marks during the renaissance period. 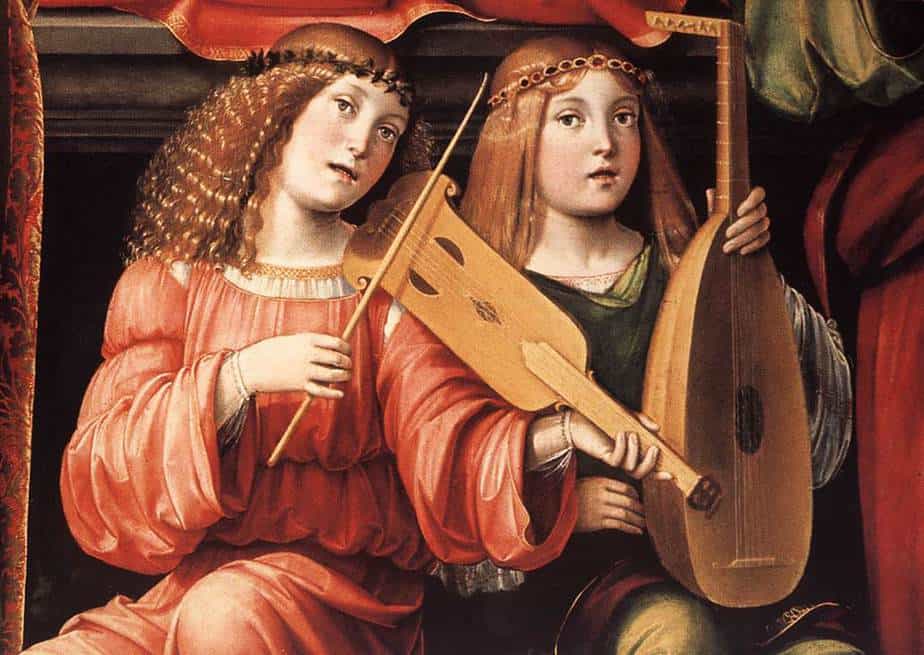 Imagine, during this period, men were considered immature for marriage before they were 30 years old! This means a man could not marry before that age and women could get married at the age of 17! Talk of maturity age differences. Another weird fact about the renaissance period, women could not play wind instruments because they made their faces look weird, but they could only play string instruments. And oh, women were not allowed to look at themselves in front of windows because it roused desires in men which meant it would drive them away from God! Jeez!

11. People from Florence and Rome were rivals

The great towns of Florence and Rome were rivals who developed as cultural epicentres throughout the Renaissance, despite the fact that they presently reside in the same nation. The Popes’ efforts to elevate their sacred city would lead to Rome eventually surpassing Florence.

During the 14th century, industrial production and trade allowed the Italian city-states to amass enormous wealth. This wealth lubricated the cities and made it possible for an artistic movement to emerge and thrive.

13. In this period there were a lot of ideas circulating

After the Ottomans eventually took control of Constantinople, a large number of former Byzantine academics fled to Italy and brought back their books with Greek and Roman roots to the area.

The conditions for the Renaissance to flourish would be set by this along with Johannes Gutenberg’s invention of the printing press, which permitted the dissemination of ideas and information.

Along with the Northern Renaissance, which occurred outside of Italy in Europe, the Renaissance encompassed numerous movements. The Northerners used an updated form of the Gothic style with extremely fine details rather than incorporating elements of the Italian Renaissance.

Michelangelo by Creation of Adam from wikimedia commons

The ceiling fresco in the Sistine Chapel, which has come to represent the Renaissance, is one of the most well-known pieces of art in the entire world. Even though everyone agrees that Michelangelo is the brilliance behind this work of art, he was forced to complete it.

He loved to create sculptures, and when the project first got underway, he collaborated with other artists, whom he finally fired in order to complete the work alone. The almost 1,000 square meter space would require him four years to complete.