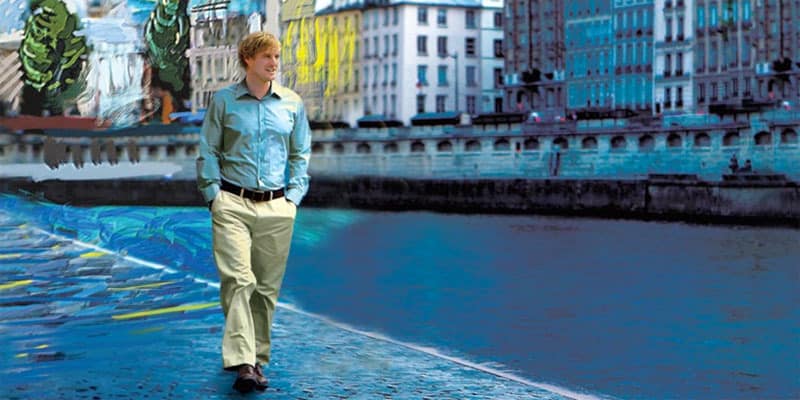 So you’re in Paris and feel like seeing a movie. Perhaps you haven’t quite mastered French yet, or simply want to sit back, relax, and see a film in your native English. But this is France after all, how can I find English speaking movies in Paris? Does this even exist? The short answer is oui, of course there are plenty of English speaking movies in the city of light!

Parisian cinemas can certainly offer you a break from the French language, but you just need to know where to look. You’re very lucky that the locals love American and British films so much! Here’s a quick guide to how to find English speaking movies in Paris!

By Jeremey Yap on Unsplash

So you’re off on an adventure to find some English-speaking moves in Paris! But there are a few things you should know. First of all, there are two kinds of films shown in French cinemas; a French dubbed version and the original version (in whatever language that may be).

Plus, the original versions will most likely have French subtitles, so this is a good opportunity to practice your language skills!

Where can I watch English-speaking movies in Paris?

A few years ago, it was a lot more difficult to find English-speaking movies in Paris. But today, it’s quite simple thanks to the growing international community here.

There are two different options when it comes to choosing an English speaking movie in Paris. You can opt for the huge cinemas, with multiple showings at once (Gaumont, UGC, etc.), or for an independent cinema. You’ll find the largest cinemas around Montparnasse, Odéon, and Les Gobelins. The independent cinemas are scattered a bit all over the city, but more on this later.

Every English movie with subtitles will be labeled as “VOSTFR“, meaning “original version with French subtitles”. So, if the movie is an English movie it will be in English. If it is a Spanish movie, it will be in Spanish! Most of the time those movies are during the evening because children are not able to read subtitles, and also because most of the time they go to the cinema during the day.

For instance, Studio 28  in Montmartre opened its doors in 1928 and has been broadcasting the greatest cinema classics (and new hits) since then! If you’re a cinema lover, you absolutely need to go see a movie in an independent cinema in Paris. At the independent cinemas, movies are always in their original version and they are much more cozy and romantic compared to the big cinemas like MK2, Gaumont, or UGC. Independent cinemas will provide the most charming and incredible cinema experience!

You can also find “VOSTFR” movies in independent cinemas, such as Studio 28 located in the Montmartre neighborhood, but also Le Champo in the Latin Quarter.

How to Find The Closest Cinemas: Allociné

By Myke Simon on Unsplash

As you may have guessed, there are plenty of cinemas in Paris! But how can you find the one closest to you? In order to know where to find the nearest “VOSTFR” movies, I really recommend you the website or the mobile app Allociné.

This app will show you all the cinemas around you as well as how to get there. And you will be able to see right away if the movies are labeled “VOSTFR“, meaning “original version with French subtitles”. With this website or app, you can also buy your movie tickets in advance. Talk about convenient!

How to Use Allociné: Quick Tips for the English-Speaker

By Peter Lewicki on unsplash

The Allociné website and the mobile app are pretty simple but they are in French. So, I will give you a few tips so you can use them easily:

To properly find the closest cinemas that are broadcasting English-speaking movies through the website, you need to type the postal code for the “arrondissement” (ex:75001) you’re currently in. Then, you will have a list of the cinemas around you. You need to click on the cinema you want to go to and the website will give you the list of the movies that are being aired at the moment as well as their time schedule. And don’t worry, you will be able to see if the movies are English-speaking or not!

For the app version of Allociné, click on “à proximité” and then it actually works the same way. Pay attention to one thing, sometimes the movie is simply labeled “VO“, instead of “VOSTFR” but that is exactly the same thing!

By Jake Hills on Unsplash

Well, now you know how to find English speaking movies in Paris! So what are you waiting for? Go see one!

Of course we believe that French is a great language and it is one of the most sensual languages in the world! But if you want to go to the cinema during your stay in Paris, it’s better if you understand what the movie characters are actually saying. Plus, it’s more enjoyable to see a movie in your own language at times.

Locals love everything about arts and culture and going to the movies is very typical of Parisian lifestyle. So seeing a movie here is a great way to become a little more Parisian.

Watching a classic film in an Parisian cinema is one of the best things to do while in Paris! So, I hope you’ve enjoyed reading this article about how to find English-speaking movies in Paris and that it has been useful for you during your travels.