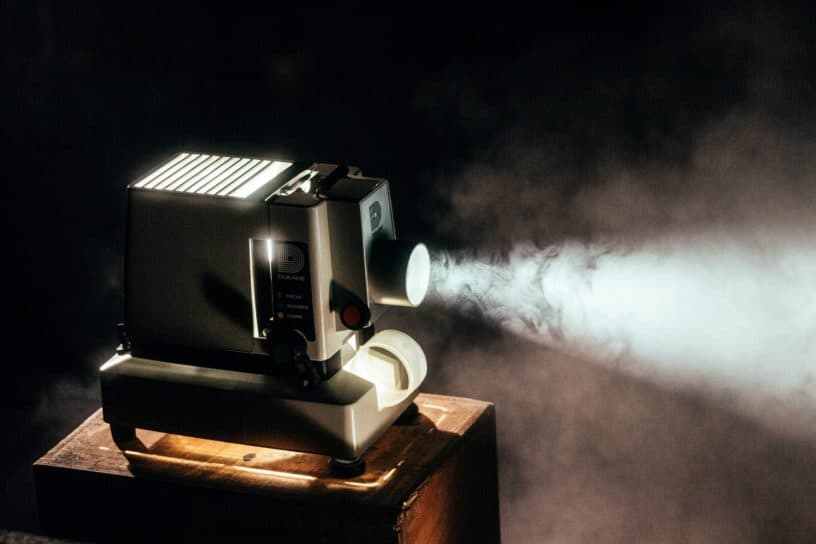 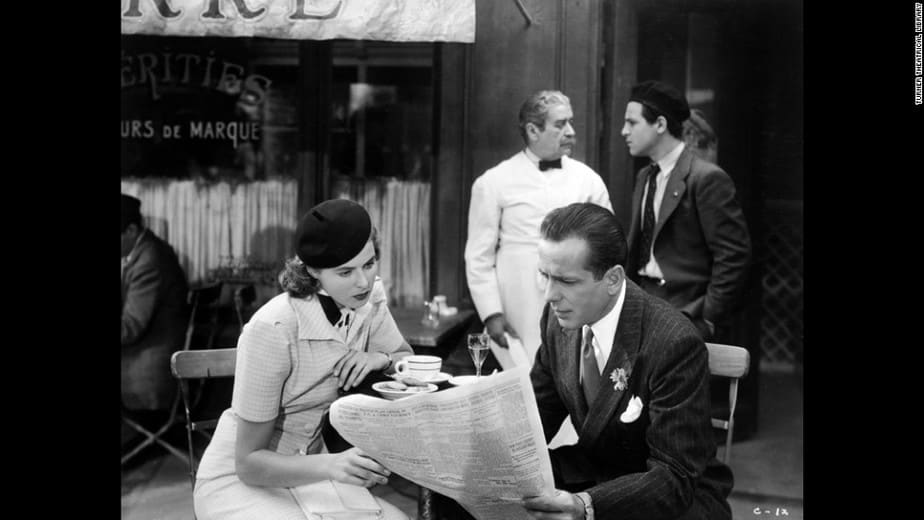 For me, a native English speaker living in Paris, the movie theaters are my church. Inside the cool darkness of a Paris cinema, I have spent countless hours hiding away from the indistinguishable, foreign sounds of French, encapsulated in the arms of an English speaking movie. I have always had a love for film – both classic and contemporary – and I believe that if I ever leave Paris, it is the cinemas that I will miss the most. The strong cinematic culture in France has given birth to some of the most exotic, unique, inclusive cinemas in all the world. This article will only speak to ten; many more, with their own quirks and attitudes, linger on the little side streets, waiting to be found. 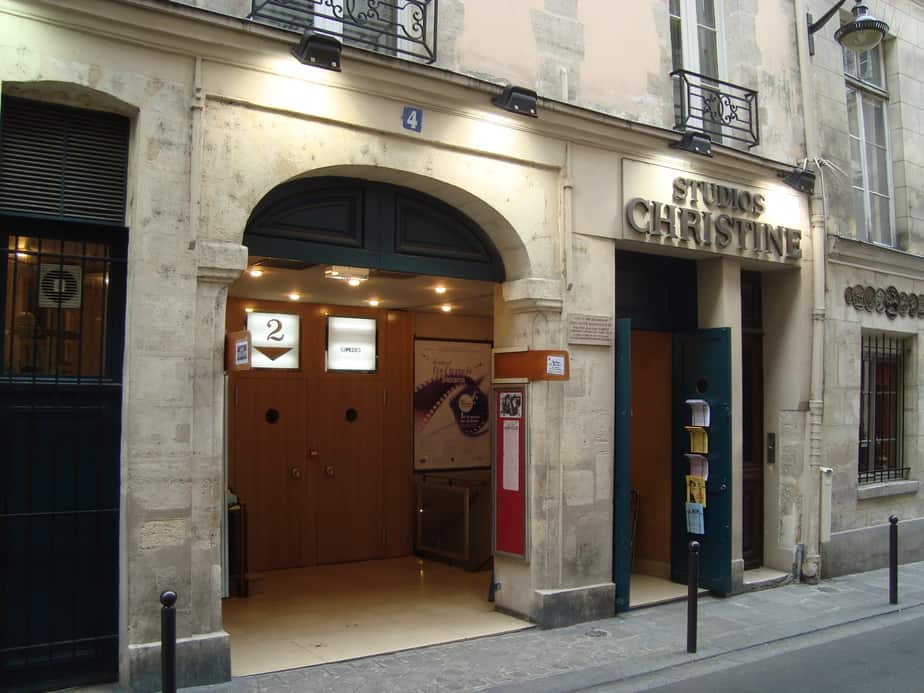 The cinema that I most often attend is Christine 21. It is located in the heart of the city on the left bank. It is a small independent cinema tucked into the sparsely populated rue de Christine, and contains only two theaters that are nearly identical.

The staff is friendly and the ticket prices are impressively low. After having acquired your ticket, a dimly lit staircase leads you down to the main theatre below. The cinema specializes in old Hollywood classics as well as, oddly, Italian thrillers.

This cinema also plays host to scores of independent film festivals. Whether you are interested in old classic or more contemporary festivals, this cinema is the perfect (inexpensive) spot for movie-lovers.

It is located at 4 Rue Christine, 75006 Paris. For more information on screening times and film selection, click here. 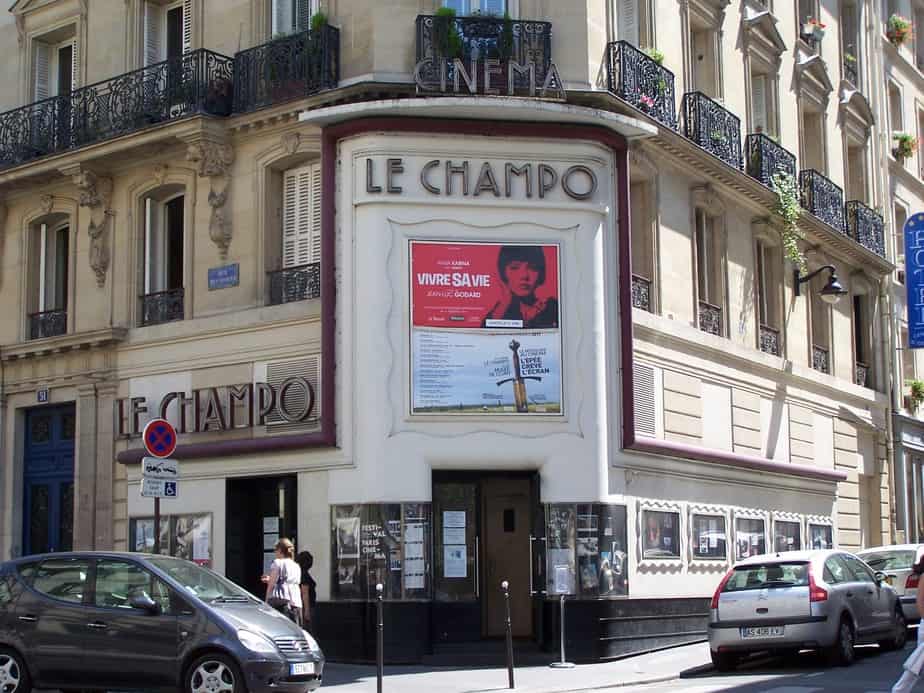 Le Champo is one of the most famous cinemas in Paris. It opened in 1938 and has been known to be frequented by many famous French film directors. Located on the corner of Rue des Écoles, its blaring lettering boasts of class and style.

Like Christine 21, it is a relatively small cinema with only two projection rooms. It tends to be slightly more expensive, but the selection is rewarding. Le Champo projects many classic Hollywood films, more recent classics and French films. Either way, Le Champo is guaranteed to offer a very classy, antique experience in French cinema.

For more information on showings and times click here. 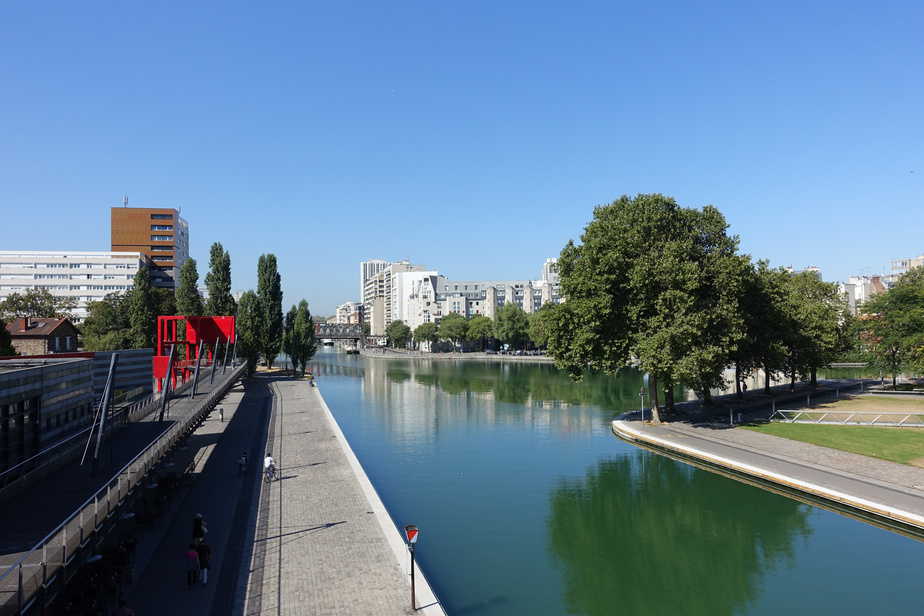 The canals of Paris in the 19th – Courtesy of Wikimedia Commons

Have you ever watched Jaws on a boat? La Peniche Cinema is one of the more experimental Cinemas in Paris. Situated in the uppermost point of the 19th arrondissement, it is a cinema floating on water. In the form of a boat, La Peniche Cinema has made its home on one of the many little canals that sprout outwards over Paris.

This cinema does everything. Not only does it screen arthouse and independent films, it also takes part in everything from filmmaking workshops to dance parties. Some events even mix all three. It is surely not to be missed by anyone seeking a truly unique experience and a glimpse into the avant garde. With all of the events that take place you will find yourself saying, “we’re going to need a bigger boat.”  There have been no reported shark sightings in the river Siene. 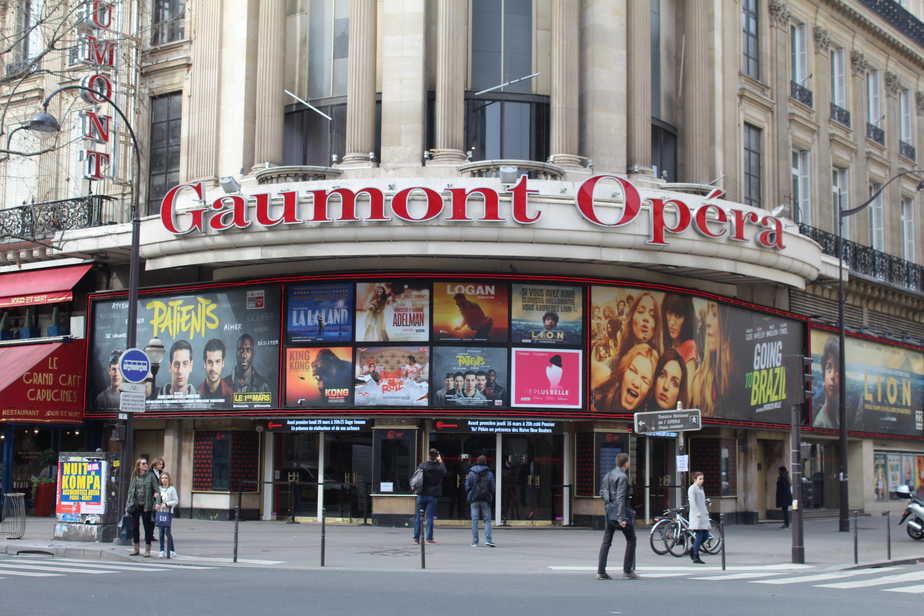 One of the Largest cinemas in Paris – Courtesy Wikimedia Commons

These are the two largest chains of cinemas in Paris. They screen American blockbusters as well as French recent releases. There are many branches spread throughout the arrondissements of Paris, all resembling each other in both style and film selection.

The theaters are vast and impressive, and, like many things vast and impressive in the city of lights, they come with a hefty price tag; however, the cinemas do offer cards of reduction that I would highly recommend investing in if you want to catch a couple movies while traveling abroad.

Thanks to these cards of reduction, you can also see movie screenings in some of the independent cinemas and large theaters around Paris. The cards range from yearly to monthly.

Click here to find out more information on screenings, reduced fares and locations. 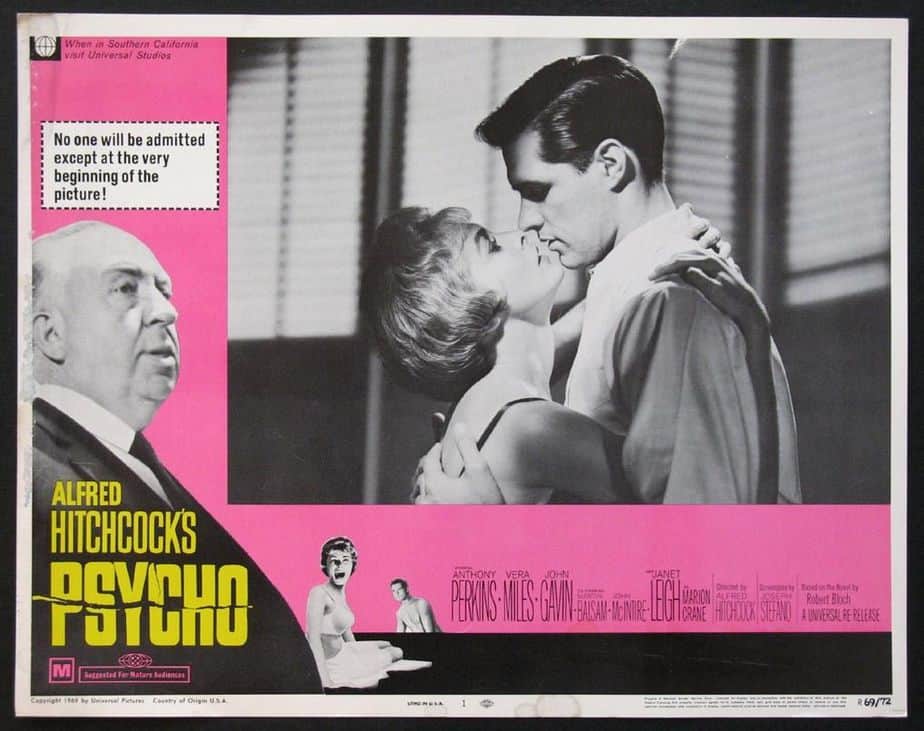 This Parisian cinema is a treasure trove for all movie-lovers. Not only is it a dark temple for directors such as Alfred Hitchcock, Fritz Lang, John Ford and many other iconic réalisatuers, it is also a cinémathèque museum.

Inside the fluorescent walls are the remnants of famous movie costumes and props. Ancient projectors and other film devices remain sealed behind glass casings. The museum also contains dated costumes, historical figurines and, spoiler alert, the mother’s head from Alfred Hitchcock’s Psycho. 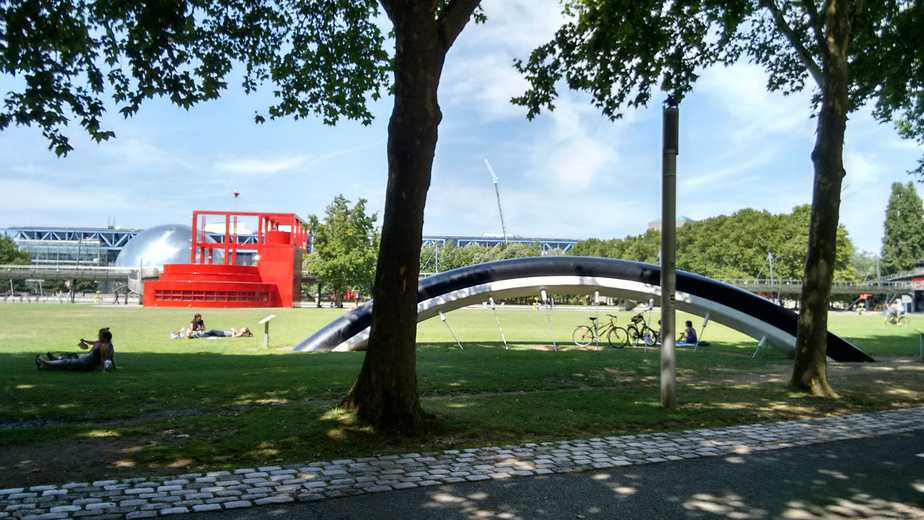 If you have spent some time in Paris, you will quickly find that the 19th arrondissement, district of La Villette,  is one of the hippest new areas of Paris. One of the many different outdoor activities that it offers are open-air summer screenings.

Starting in July and reaching until the end of August, la Villette will be crowded with people, blankets, pillows and movies for nearly every night of the week. Each year the park hosts films under certain themes. This year’s theme, Let us Sing, will screen english movies such as La La Land, Yellow Submarine, Searching for Sugar Man, and others.

For more information on location and screenings click here. 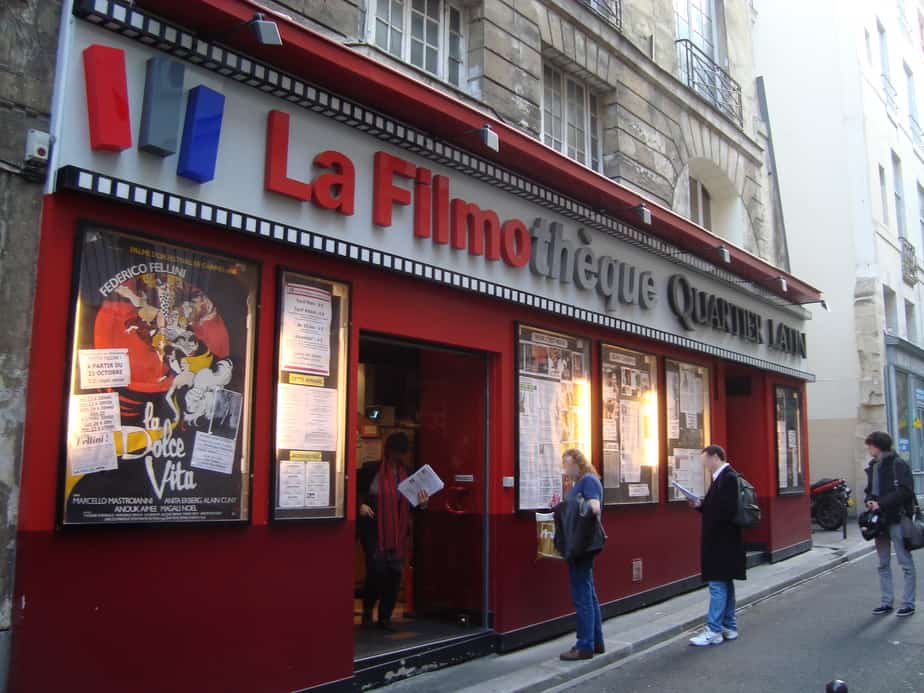 Nestled into the Latin Quarter on the cinematic street of Rue Champollion (Neighboring Le Champo) is the Filmothèque Quarter Latin. Here you can catch a big-screen look at some of the most heralded actors of all time.

Built in the 1960’s it remains one of Paris’s most active cinemas. The ticket prices are fair and they accept cards of reduction from any major cinematic brand in Paris. Rue Champollion is filled with small cinemas, making it an endless dream for movie buffs. You can even grab a drink at the film-styled bar Le Reflect. 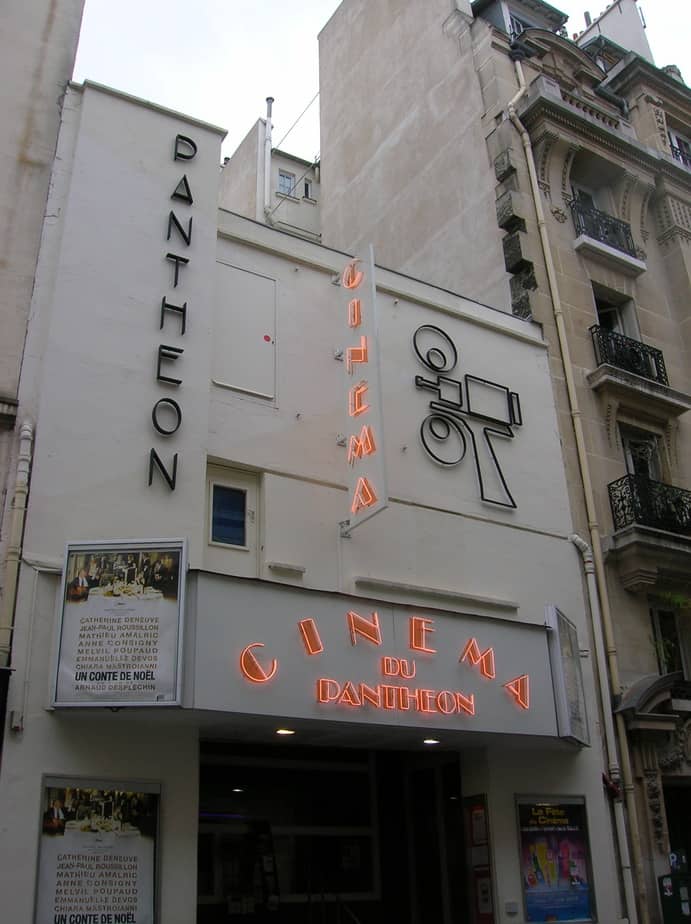 Cinéma de Panthéon is known as Paris’s longest standing cinema. Films have been in projection since its very first day of birth in 1907. While it does screen French films, it was the first cinema in Paris to show foreign films in their original language. It now projects independent films from all over the world.

You can also sip at a cafe in the upstairs room, and, if you have been practicing your french, try it out in one of the movie themes debates that take place in the cozy room. 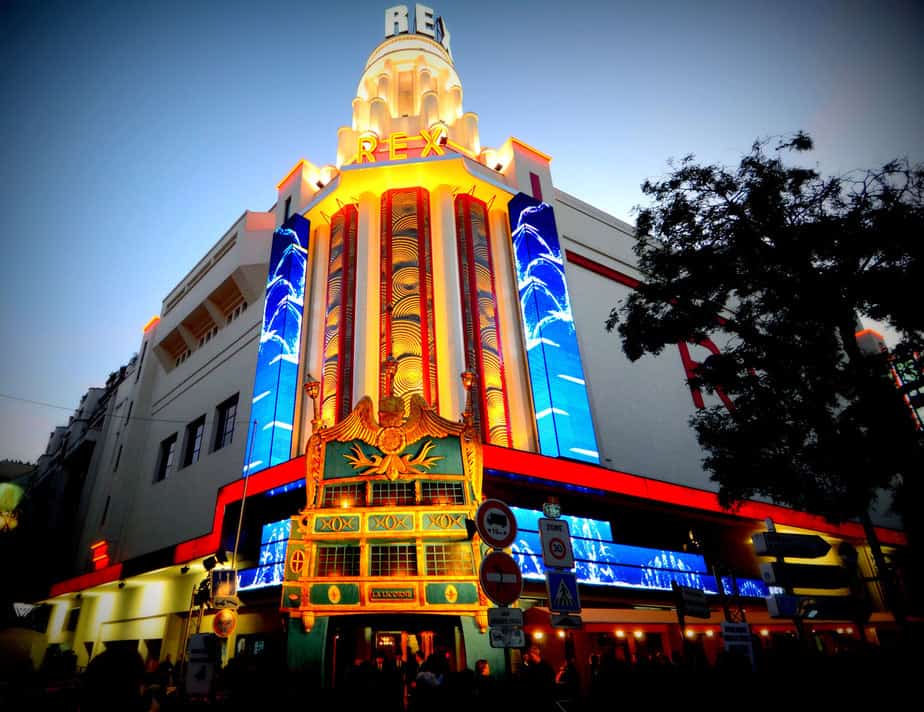 The cinema at night – Courtesy of Wikimedia Commons

There is nothing subtle about the Grand Rex. Quite the contrary, its extravagant fluorescent lights and the 2,800 seats within make it the largest cinema in all of Europe. More impressive still – it is independently owned.

Constructed in 1931 with the intention of building the most beautiful cinema in France, Le Grand Rex has more than fulfilled original expectations. The cinema mostly shows Hollywood blockbusters and Disney movies. However most of the films, unlike most cinemas in Paris, are dubbed.

If you want to visit, but your French is not up to task, you can also attend the electro club that, bizarrely, it located in the famous cinema’s basement. 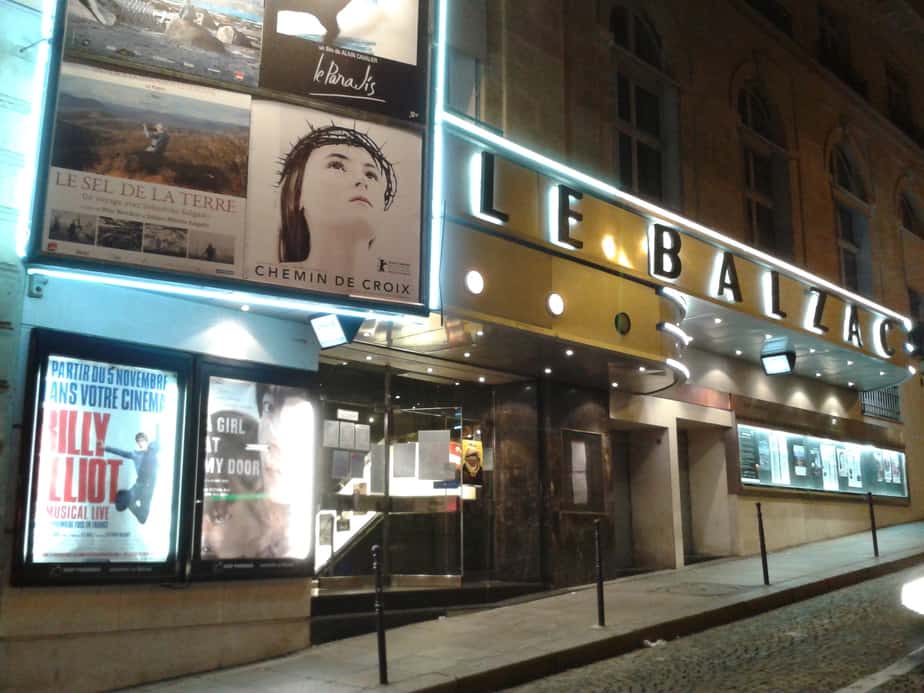 Le Balzac first opened its doors in 1935. Like many cinemas, it started out importing Hollywood films, but then, after the German inquisition, it transformed into a much more patriotic cinema.

After the inquisition it began to stream films from its native french soil. Now, true to its tradition, it plays films from all over the world in their original language. Film selection aside, Le Balzac in one of the neatest decorated cinemas in Paris. The experience is certain to linger with you long after the projector finishes rolling.

A quick note on cinema culture in France

If you have a love for cinema, this is the place to be. The culture around film and cinema is thriving in the City of Lights. This is in part because France is the birthplace of cinema, but, more impressively, it has retained is wealth and fame among the overwhelming influence of American Hollywood and television.

The history of Film in France is long and winding, but its persistence comes from accessibility to the cinemas of Paris and from the quality of films. Furthermore, the french Government lends undying support to independent cinemas and french films. And now, without further ado, bonne seance. 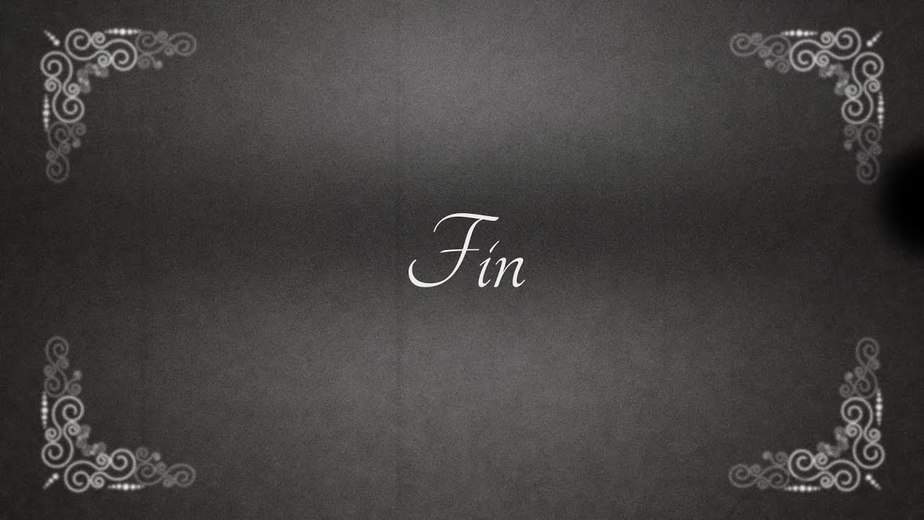