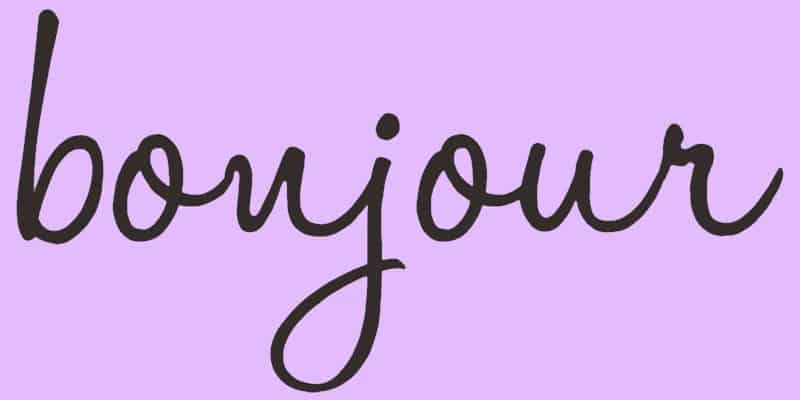 Language is the most important aspect of society and how we communicate. It is the pillar of a functioning society. It’s what separates us but also brings us together. Every time one travels to a new country, it’s always fun to learn a few words to connect to the culture you’re visiting. And we often find a few favorite words. They may be our favorites for their meaning, for the memories they bring us, or simply because they’re fun to say!

From my own experience and the people I’ve been spending time with, I know that English speakers don’t particularly like difficult words to pronounce. The most preferred French words are the fun ones! But also the romantic words about love. I mean… If your lover comes to you and tells you “Je t’aime”. How can you resist, even if you’re mad at him/her? The French language is without a doubt very romantic, sexy and extremely sensual. People love it for obvious reasons.

If you’re curious and want to find out my top 10 French words that English people love: read on! 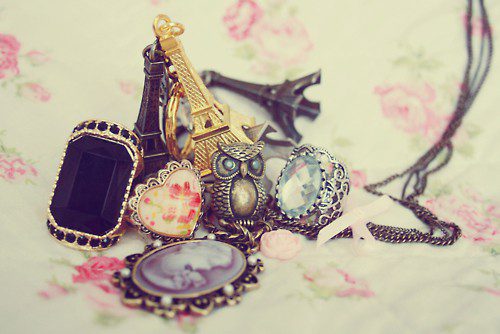 First on my top 10 French words that English people love is “bijou”. A bijou is a jewel in English. According to some of my English friends, bijou is the cutest word! And I have to agree with them.

One of them stayed with a French family for a while once and the mother kept calling him “mon petit bijou”. That is why this word is so dear to him. Bijou brings to him beloved memories. If you own a bijou, you own a jewel. If you ARE a bijou, it means you are precious and someone cares for you. Who’s your “petit bijou”?

Ask for a “bisou“

Bisou kind of sounds like bijou. Despite the fact that bisou means kiss. What’s not to like about a bisou? French people are all about kisses. They’re very social and loving people. You’ll often read “bisou” at the end of a message from a French. Bisou is also one of the cutest words in French.

Obviously “je t’aime” had to be on the top 10 French words that English people love. French is so romantic. To speak French is one of the best ways to seduce. It’s smooth and doesn’t have harsh words. To declare your love to someone by saying “je t’aime” is pretty cool! And telling him or her “je t’aime” will also work things out in case you guys are mad at each other!

English people love it but also hate it! Montorgueil is fun to say but kind of complicated to pronounce for English people. It is one of my favorite streets in Paris. It has a great atmosphere and the best places to buy traditional French products, such as cheeses, wines, traditional pastries and much more.

During the wintertime, the street is decorated with gorgeous lights, and is a very hip dates spot! The perfect place to practice your French words for expressing love.

I consider Montorgueil to be one of the most Parisians streets of Paris. A Montorgueil  tour is a must when in Paris if you want to know the city as the locals do. People struggle a little when trying to pronounce it but love it because it’s much more different than the words they’re used to. That’s what makes Montorgueil so fun to say. 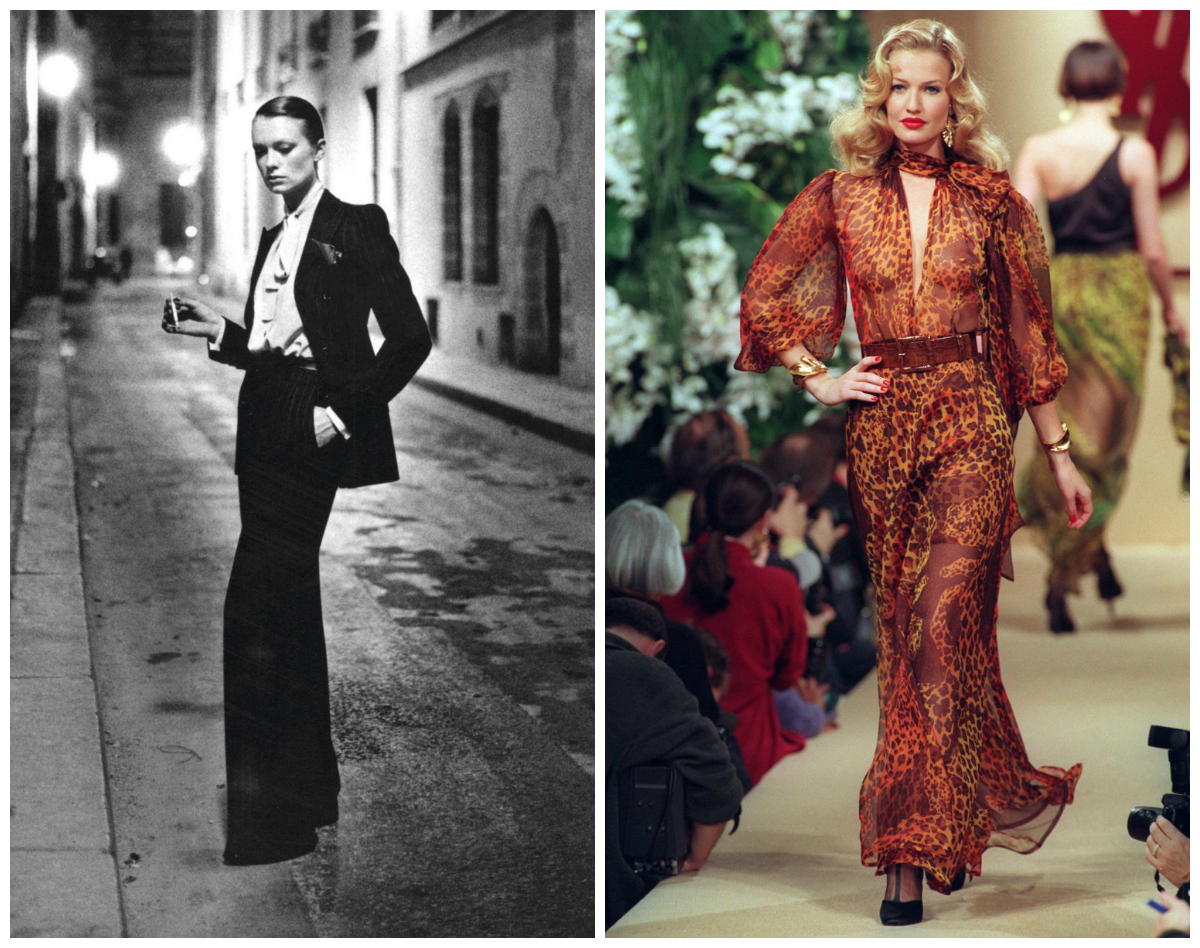 Next on my top 10 French words that English people love is “À la mode”. It means “trendy”. Paris is the capital of fashion. Many of the most liked trends were born in Paris.

The greatest fashion designers are all French, from Coco Chanel, Jean Paul Gaultier to Yves Saint Laurent. We owe them a fashion revolution, such as see-through shirts and the famous “little black dress”. People love to use this expression. It gives a special touch to your conversations!

Be as elegant as: Ouh la la

This expression has many different meanings. French usually say it when they like something/someone or when someone looks very appealing: “Ouh la la! Quelle beauté!” – Ouh la la! Such a beauty!.

The expression “ouh la la” is actually kind of common in English language, especially when its meaning is of appreciation, for instance “Ouh la la! You’re looking good tonight!”. It’s pretty cool to say it but also to hear such an expression of compliment towards us. If someone says “Ouh la la” while looking at you, you can be sure you’re looking good!

A word for the most romantic: Rendez vous 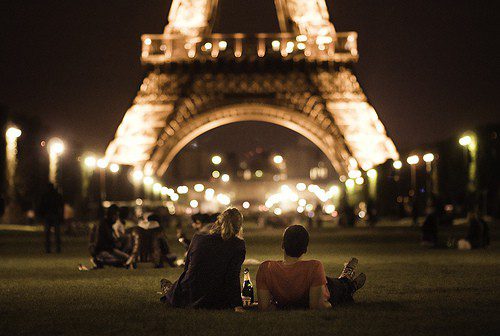 During a debate about the French language with some friends, one of them said that her favorite word was “rendez-vous”. She said that whenever she had the opportunity, she’d use it instead of “date”.

Rendez-vous is French for date. This word is loved for various reasons. First of all, we have a unique word for a date. While in English, date can mean different things. Secondly, it’s much smoother and sexier. Rendez-vous sounds more special and romantic than a simple date. So, start planning rendez-vous, not dates! – joking. 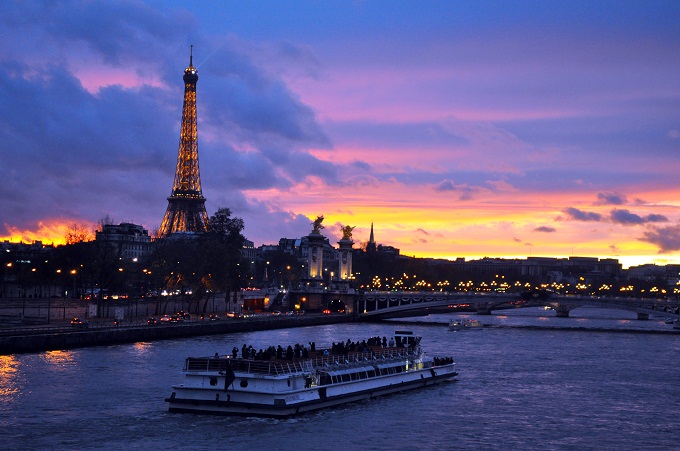 If someone tells you “tu es magnifique”, you can be happy! It means “you’re magnificent”! This word has also been selected for my top 10 French words that English people love because friends of mine told me they simply loved the way it sounds. Magnifique has a kind of sexy intonation, that’s why it is so popular. 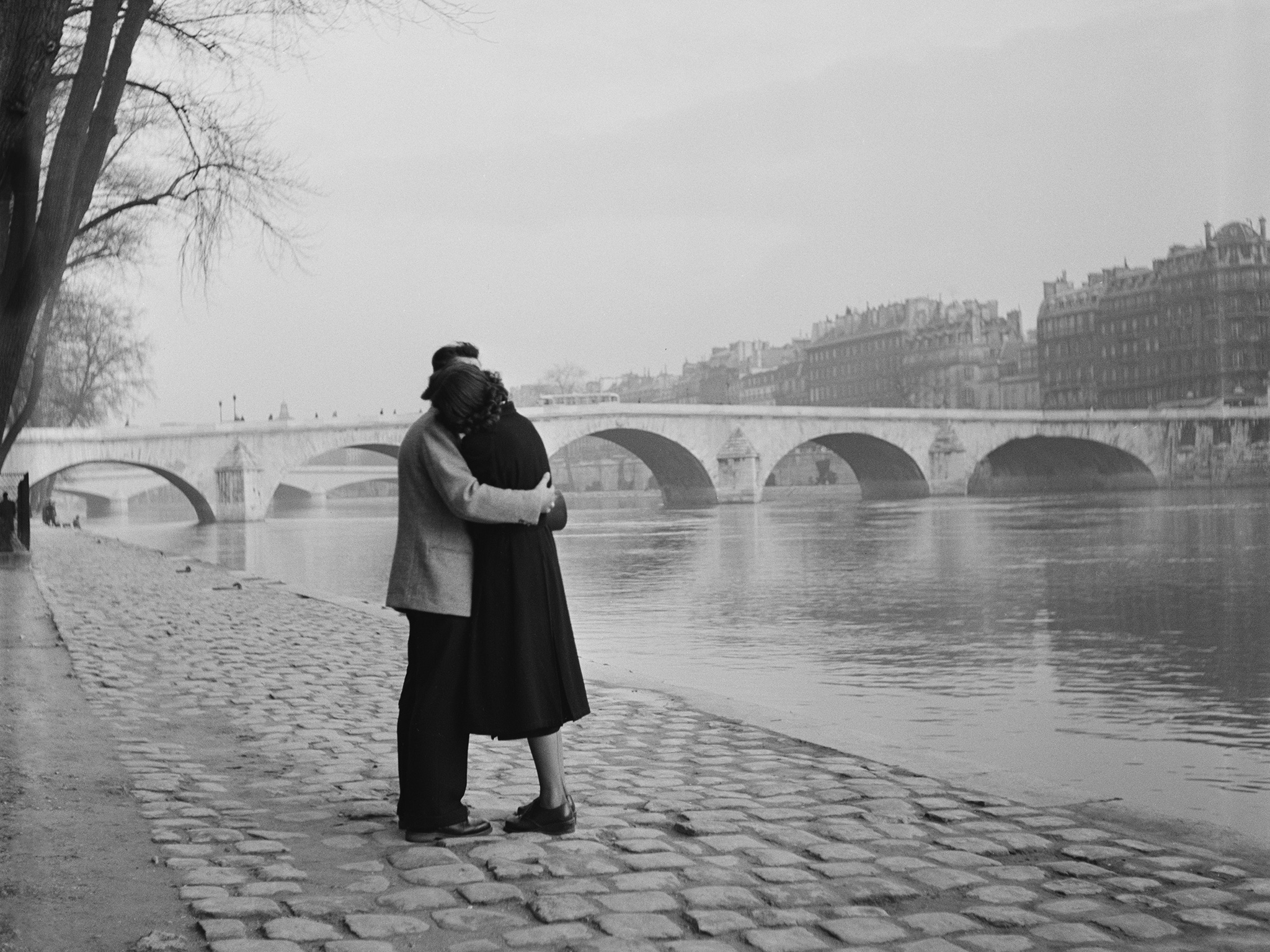 Love rules the world. Or, at least, that’s the way it should be. Deep inside each of us, we all follow what our heart tells us. Love always shows us the way. We make acts of love every day. Love is what makes us human. To feel love is the best and the worst! Making it the strongest feeling ever. It’s a feeling of dependency but at the same time the best kind of freedom you’ve ever wished for. We do so much things par amour (out of love).

The French language being one of the most romantic on earth, the word amour had to be on my top 10 French words that English people love!

In English, this expression would mean “holy cow” or “gee”. La vache! is used to express surprise or admiration. One of my dearest friends told me it was his favorite French word. And I thought it was so unusual and so original I had to share it with you! I really wasn’t expecting such a word! If you want to properly pronounce it, here follows the correct pronunciation: -vaʃ-.

One of the most classical phrases in French is definitely “c’est la vie“. People use it in all kinds of situations! Whether in a serious conversation or in an ironic way, this catch-phrase will be heard all around France. It’s so catchy, even people from other countries use it sometimes, especially Portuguese people.

C’est la vie translates to “that’s life” in English. Its meaning can be a simple statement that in fact life is just like it is, or it can have a deeper meaning, for example, a racional statement of someone whose heart and mind are suffering, but won’t do anything about it, simply accepting the fact that “that’s life”.

Bonus: Order a Baguette at the boulangerie 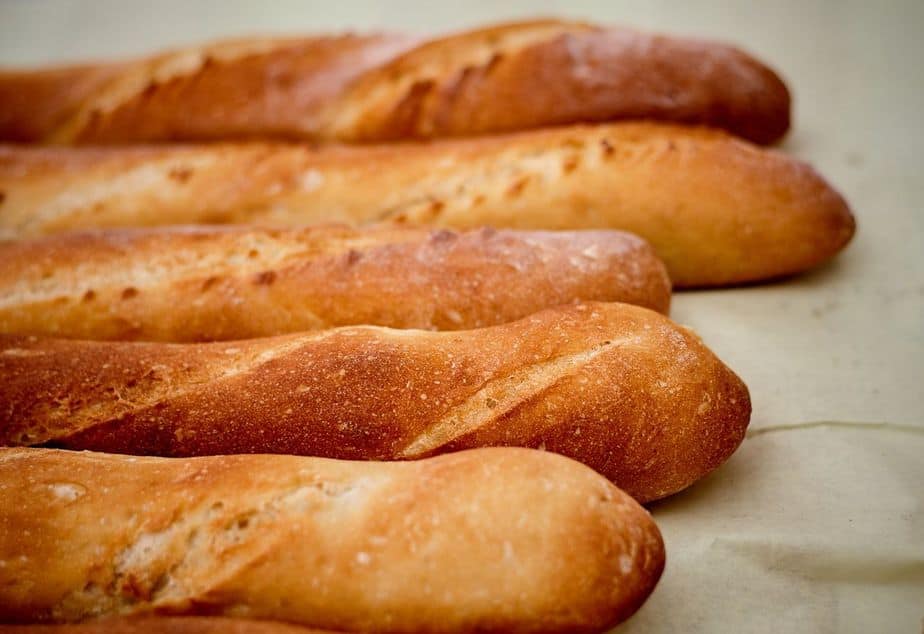 Everybody knows the famous traditional French bread known as the Baguette. It is one of the most peculiar, yet funny words to say in French, but has not many meanings to it.

As you may know, French people do not usually sell normal bread as seen in other parts of the world, they have a typical kind of bread called “baguette”. It is a long narrow french loaf, and has been around for over a century.

The origin of the word comes from Latin, baculum, which later became the Italian word bachetto that means “long stick” or “pole”. Lastly arriving in France, it became the Baguette, one of the most beautiful French words and probably one of the most well known.

Bonus: Offer a Mon Chéri to declare your love 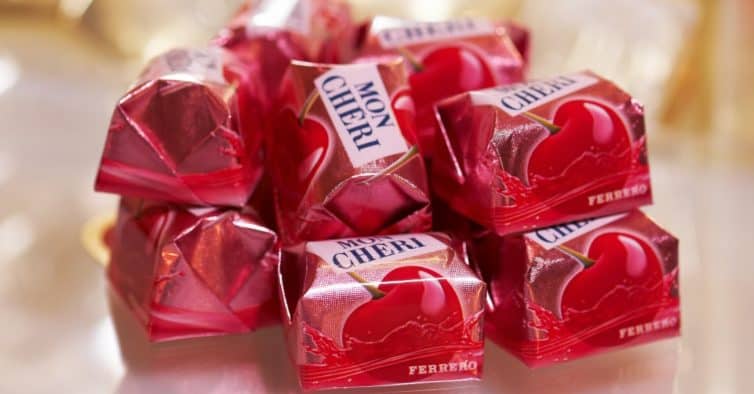 If you are looking for different words for love in French, mon chéri is probably the most adorable one to use. It can describe your loved ones like no other word on the planet. It is similar to “dear” or “sweetheart” in English, although it has a much deeper and passionate meaning into it.

Personally I use it a lot, not only to call my loved ones but also when someone is looking pretty or adorable. It is most definitely one of the most adorable words in French and also people from other countries love it as well. It can be heard in English movies a lot, and of course, you might know it from the famous chocolate candy “Mon Chéri”.

As opposed to English, where you can use almost any word directed either to a man or a woman: in French, “mon Chéri” is applied only to men. As for women, you would have to say “ma Chérie“. 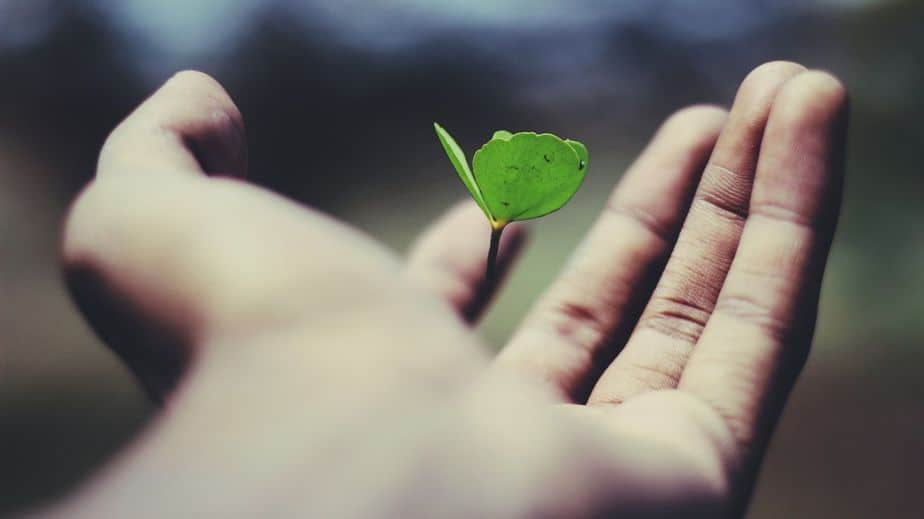 This word has been around the English vocabulary since the late seventeenth century. It is one of the most French words used by people from other countries and English people love it!

Coup de grâce translates to “final blow” or “blow of mercy” and it is used in a sentence to describe a merciful act against something that is dying or needs to be put down to death. For instance, when the vet has to give the Coup de Grâce to the wounded old dog.

However, it can also be used to put an end to a certain situation or debate. For instance, “this deal has put a Coup de Grâce to this company”.

Although its meaning is not a very beautiful one, the words that make this sentence, are appreciated by people all over the world and described as being a subtle way of stating its meaning.

My top 10 French words that English people love is now over! Feel free to also share yours with me!

See you in Paris! À bientôt!