Paris - By month, Paris - Night-time activities, Paris - What you need to know before coming to Paris 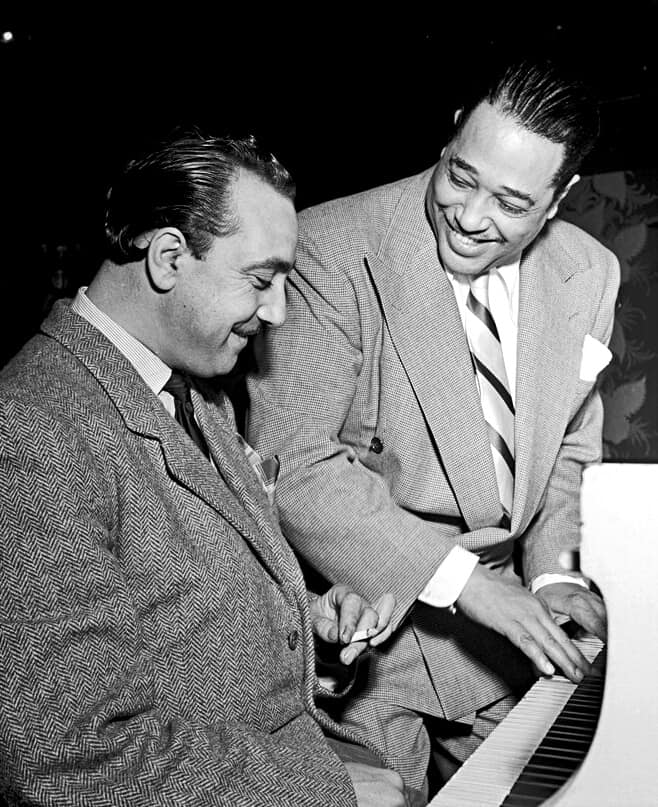 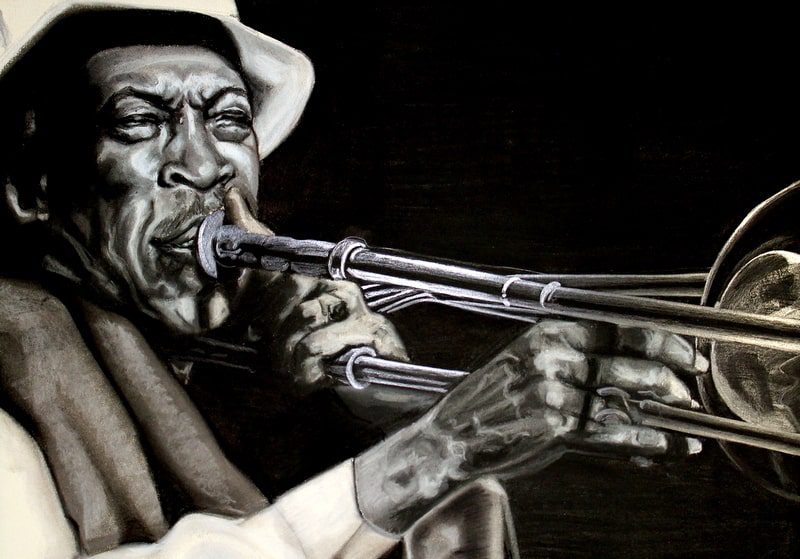 The story of jazz is one fraught with oppression, war, evolution, redemption, and a cross-continental love affair. I recently wrote an article on rap culture in France and I was struck at the similarities between the two. Like rap, jazz was birthed from the underground, controversial existence of an oppressed people, fed by a desire for freedom, raised with the power of expression, and flourished in its ability to unite individuals from all races, colors and creeds under one common thirst: a craving for freedom and music.

The birth of jazz 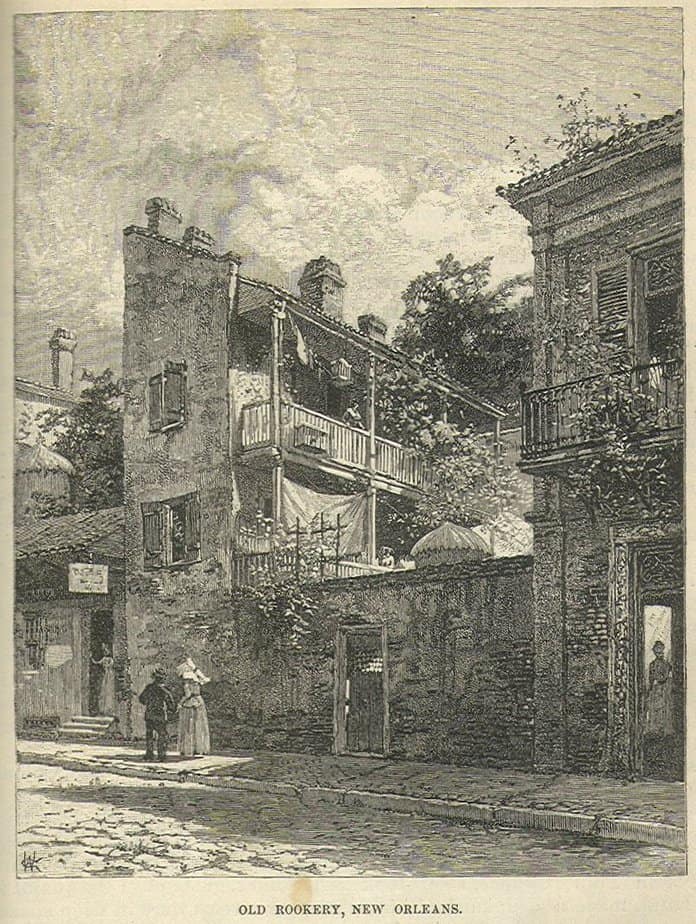 New Orleans during the beginning of Jazz – Courtesy of Wikimedia Commons

Jazz was born in the swampy city of New Orleans in 1910. Segregation was rampant and the southern states of America were still reeling from the economical and social effects caused by the Civil War.

Racism was everywhere and the quality of life afforded to most African Americans was disgraceful. It was here, in these impoverished circumstances, that jazz as we know it first emerged.

Jazz music reflects the United States in that it is a combination of many different cultures and influences. The most prominent of these influences is the African American music of blues and ragtime. Blues and ragtime are the true parents of Jazz music. 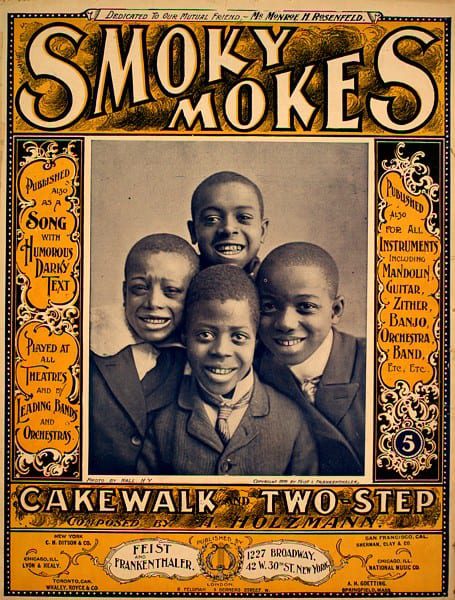 New Orleans jazz, however, was also deeply influenced by the European brass marching bands. In particular, the French quadrilles and biguine. This was a type of music that was normally heard during festivals or funerals. Thus, even at the very beginning, a relationship between the countries of France and America was in bloom.

In the 1920’s (now known as the age of jazz) there were two things occurring simultaneously: a rise in popularity in jazz and the prohibition of alcohol. Many American jazz musicians found employment as rhythm drivers in illegal, underground bars. 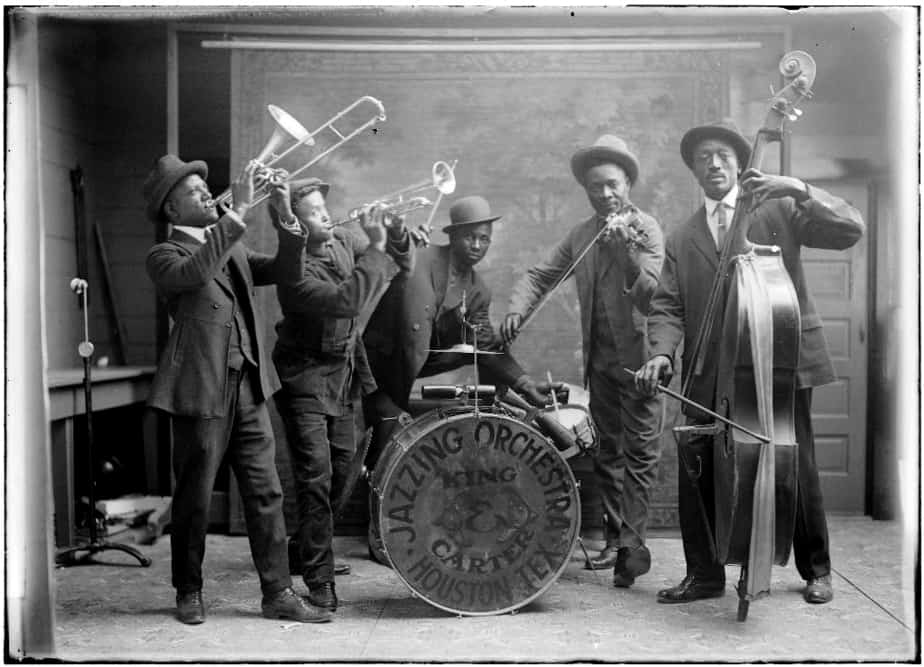 In the 1920’s, jazz was typically referred to as the devil’s music – Carter and King Jazzing Orchestra in 1921

The speakeasies were created in response to America’s ban on alcohol, and the jazz musicians would often times befriend the bootleggers and gangsters working these underground bars, trading their upbeat musical performance for protection. This exposure, as well as the recently invented phonograph, helped thrust jazz music into the spotlight of the world. 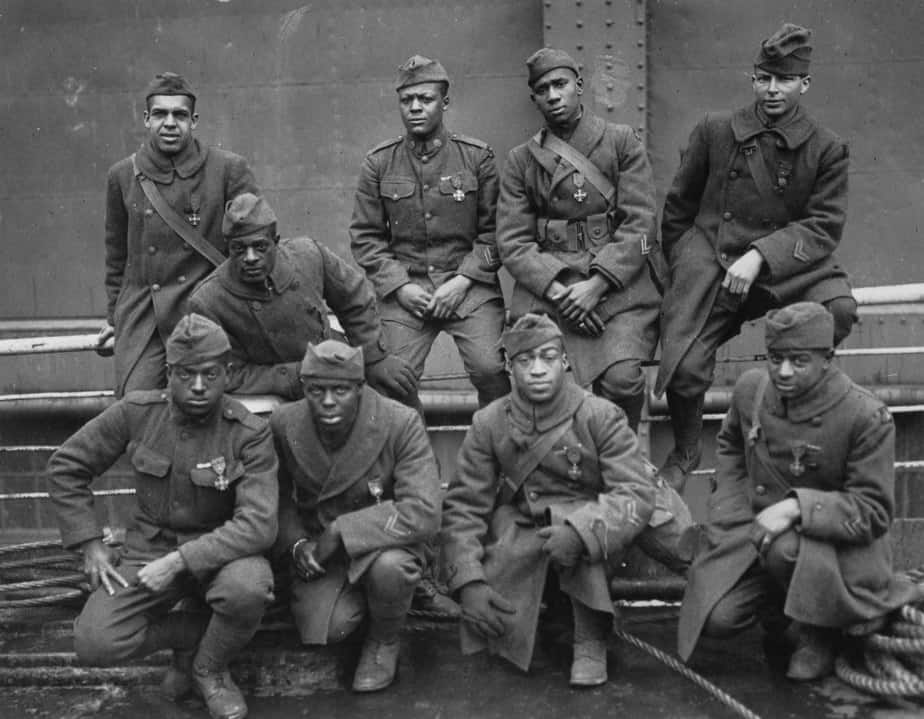 In 1918 World War I was raging through Europe. Before 1917, if you were black and wanted to join the military, you had to join either the Canadian or French forces. The United States began drafting African Americans in 1917 and soon created the first infantry consisting of predominantly black Americans.

Many African Americans joined in hopes that, upon their return home, racial discrimination with be laid to rest. This was not the case. In 1918, due to many white infantries refusing to fight alongside black Americans, the Harlem Hellfighters were sent overseas to France.

The French army welcomed the Hellfighters with open arms. France was in dire need of more troops and did not suffer from the same racial segregation that was plaguing the United States. In France, many African American troops were awarded a chance of freedom that was never given to them in the United S 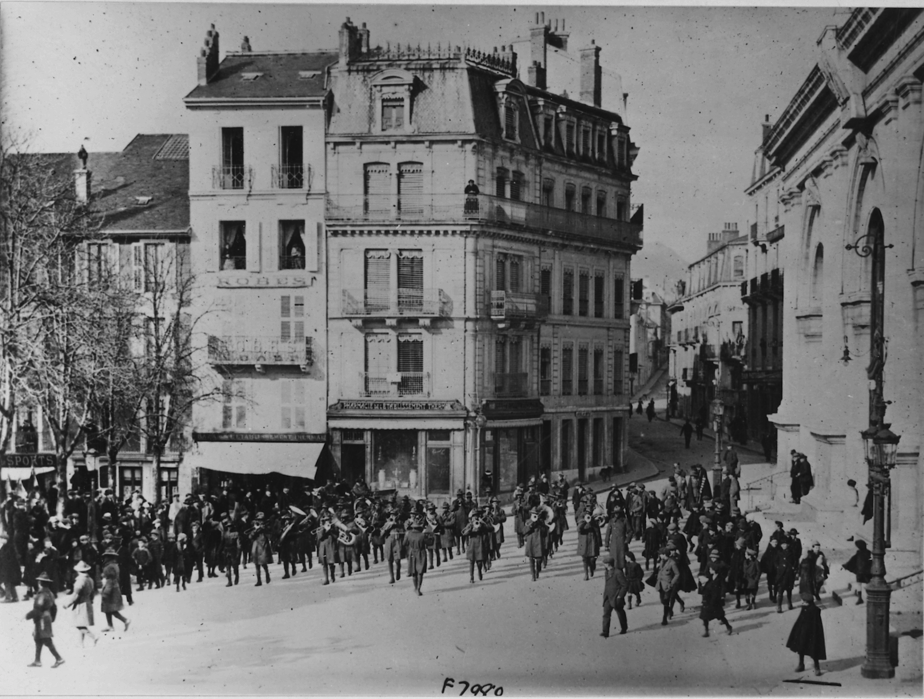 Marching with the Hellfighters was the prestigious jazz band led by James Reese Europe. James Reese held concerts in Paris and his jazz band was immensely successful. They went on to make a recording of the first jazz record in France. Jazz had come to France.

After the French liberation, the Hellfighters returned home where they were greeted with one of the worst periods of racial turmoil in American history. Many of the musicians, however, decided to stay in Paris. The City of Lights was for them a city of freedom.

A desire for freedom 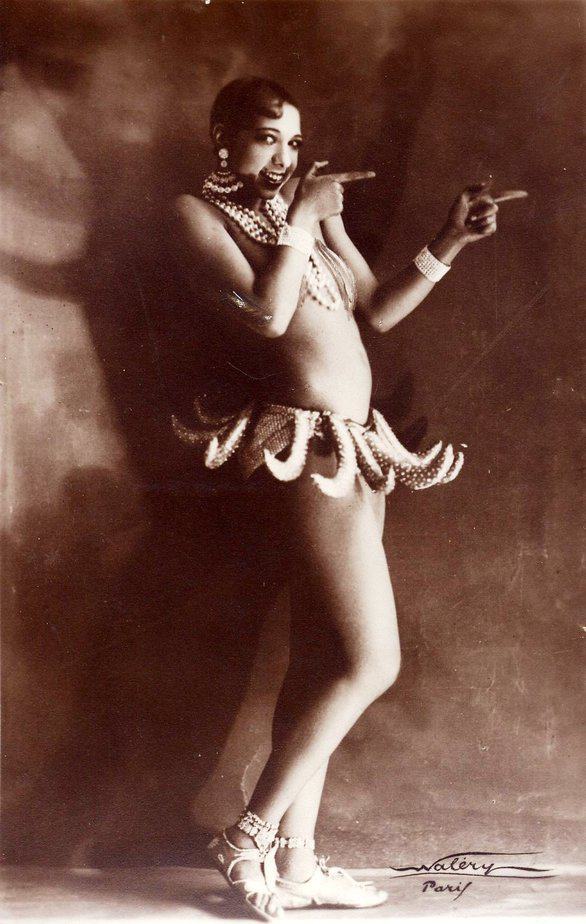 Josephine Baker in her “banana skirt” at the Revue Nègre

As time and jazz continued, more and more African American jazz musicians began trickling into France and taking up residency in Paris. The jazz scene grew and its popularity expanded.

In 1925, a new show called “Revue Nègre” took to the Parisian streets. It was founded in a little theatre on the Champs-Elysees. The show combined jazz music with “suggestive” dance.

At the time it was a symbol of change and open-mindedness, but more recent criticism has claimed that it pandered to colonialism and European exoticism. Either way, it played its role in carving out a place for the new wave of jazz in France.

As the roaring 20’s trickled on, the beating rhythm of jazz came bubbling up to the surface of Parisian streets. In 1932, following the boom of American jazz culture, a group of jazz connoisseurs created The Hot Club of France.

The Hot Club of France dedicated itself to creating a space in which jazz in France could flourish. The club organized tours of young, American jazz musicians, as well as promoting new talents from their home country.

The most famous of these was the legendary Django Reinhardt. He, along with Stéphane Grappelli, invented a new style of jazz, influenced from swing, and coined as Gypsy Jazz. Django Reinhardt is perhaps the most famous French jazz musician. He played all over the world, including touring the United States with his friend, Duke Ellington. 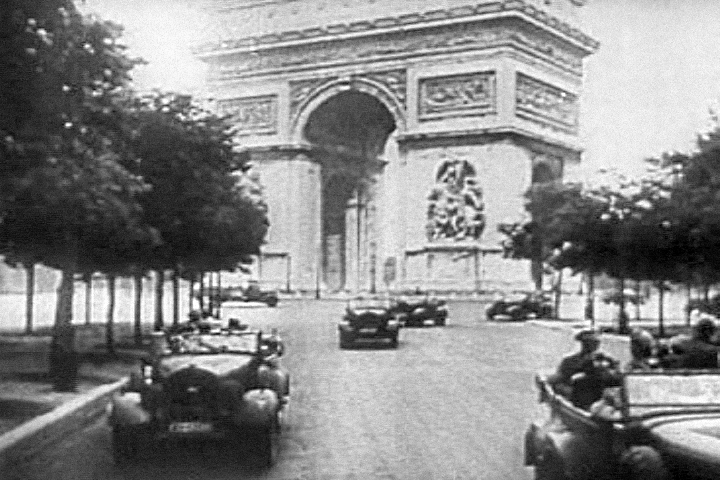 Jazz, however, was not yet liberated from the trails it was doomed to suffer. Soon after the emergence of jazz music, there came another equally influential occupation: German armies in French territory. Once again, the future of jazz was  to be transformed by a major World War.

Many American musicians were sent home to the United States during the occupation. Jazz music, due to the African influence, was seen as dirty and was not accepted by the German forces. But jazz would prevail.

Forced underground, jazz once again found its home in the soundproof cellars and subterranean clubs of Paris. Here french jazz cultivated, waiting, just as before, for the days of freedom. In the autumn of 1945, freedom would once again be gifted to the city of Paris, and with it would come the new era of jazz.

The flourishing of jazz 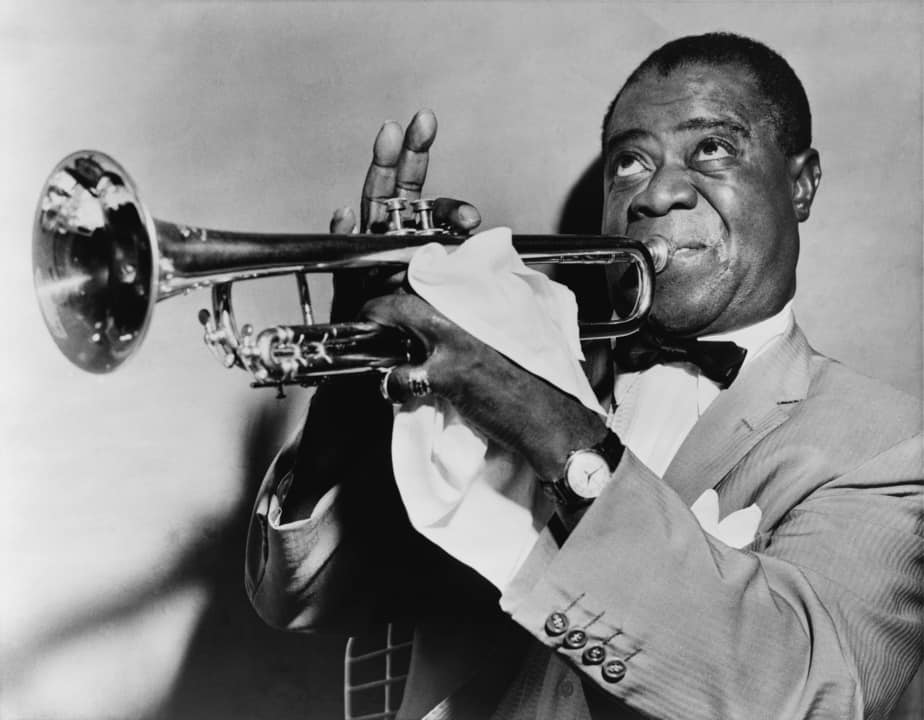 Finally lifted from the chains of Nazi led occupation, France’s jazz culture was allowed to flourish. Paris was a highly desired destination by many black American musicians seeking to leave segregation and the oppressive trials of American life. 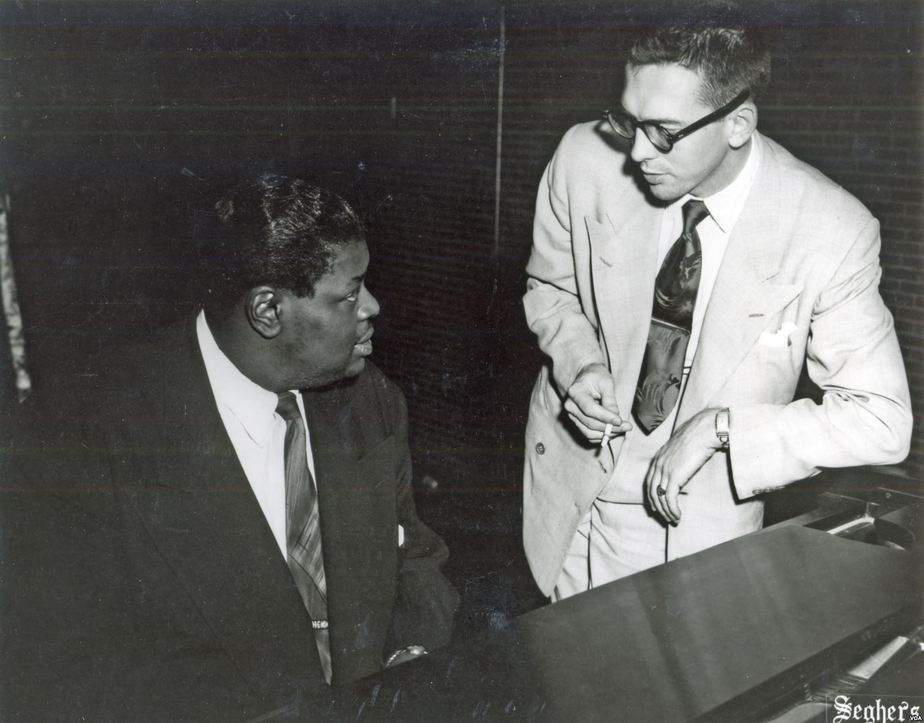 These clubs, frequented by musicians, writers and oppressed activists, were places of sanctuary. In the smoke-filled dens of whisky and rhythm, activists would gather to discuss segregation and the jazz rebels would come together. 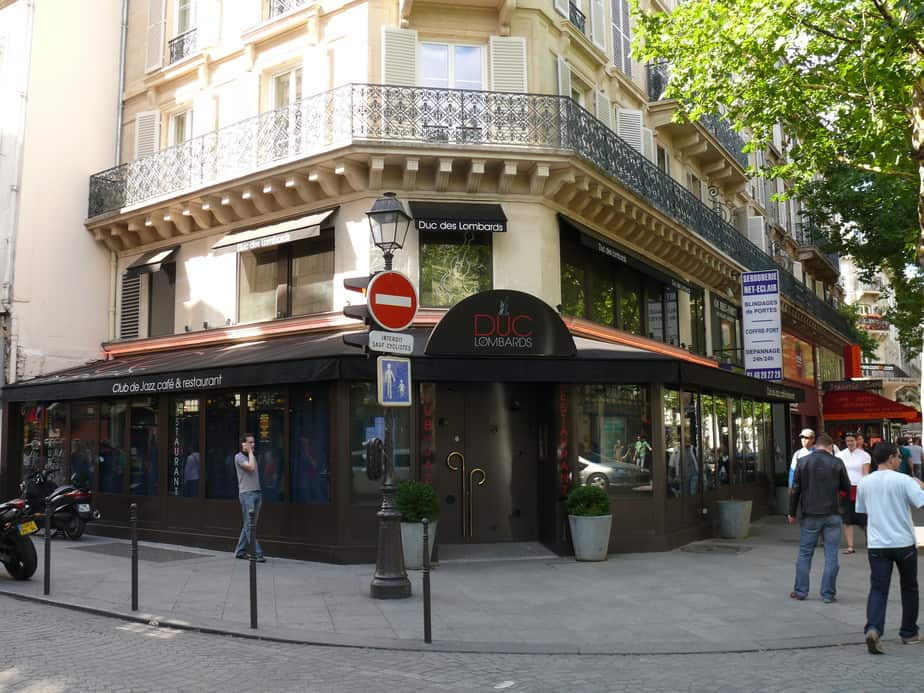 As time progressed, so did the evolution of jazz. French jazz continued in much the same way American jazz did. The two country’s music were always intertwined and played a game of give and take. Paris was still a desired destination and many American greats would come to Paris to try out some of their more avant-garde work.

Now, in 2019, jazz culture in France is still swinging strong. I was impressed by the general knowledge of jazz music among the younger generation. Parisians are well aware of their tradition and do not let it easily slide away.

There are many different jazz clubs strewn around Paris. There are the famous jazz clubs such as Duc Des Lombards or Le Caveau de la Huchette, but there are also lesser known clubs specializing in more contemporary, boundary pushing types of jazz.

Most of the clubs, however, are no longer smoke-filled dens of whisky and rhythm, but more accurately resemble smoke-free dens of tourists and money. For the most part the scene of jazz has been seriously altered from the rebellious, counterculture that it was in its days of glory. That being said, there are still some hidden spots wallowing in discovery and the desire to contribute something new. The spirit of jazz continues to beat its way up and out, into the night of the City of Lights.