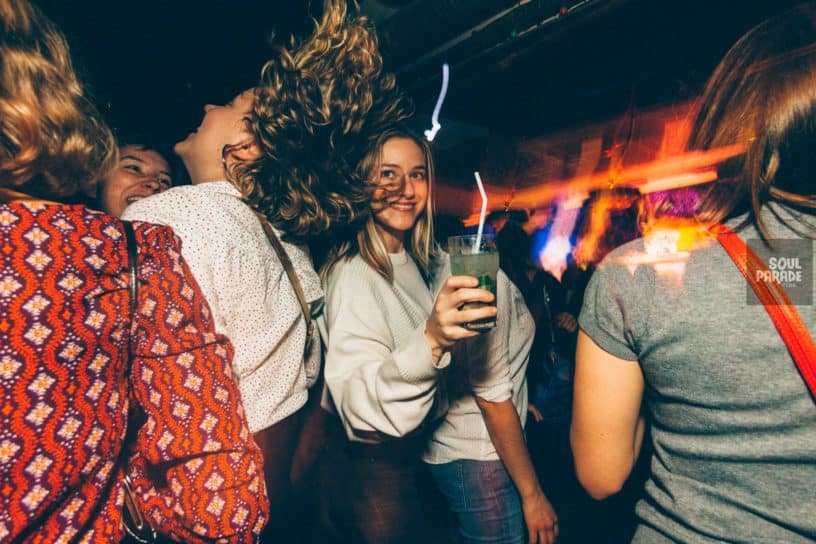 For travelers in their 20s or 30s, the neighborhood of Oberkampf is an unmissable part of the Parisian nightlife scene.

You’ll find it in the 11th arrondissement; the area is comprised of a main strip called Rue Oberkampf and some of the adjacent streets that take one through to the Bastille.

Oberkampf is quirky, laid back and always a good time. It’s also home to some of the best nightlife in Paris and happens to have the cheapest happy hours in the French capital. 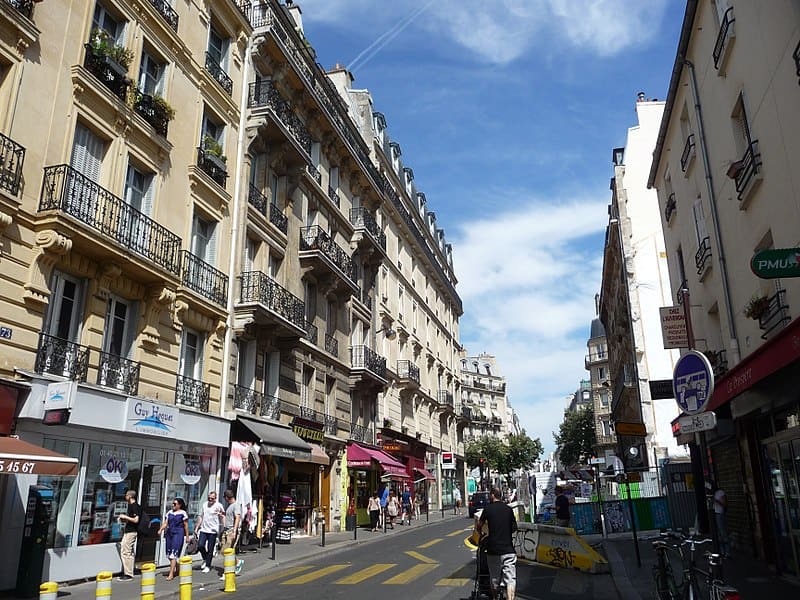 This is considered an “up and coming” part of Paris and the area is still relatively small. It can be walked in under an hour which explains why free guided walking tours around these parts are in such high demand.

If you’re up for a night out, Oberkampf is the kind of neighborhood where you’d be alright simply arriving on the main strip and working your way down until you find the place that calls you. To give you some sort of direction, however, here are the top five bars in the suburb.

As you arrive on the Oberkampf strip it will become impossible to avoid Cafe Charbon. An institution to the district as well as to Paris, Cafe Charbon has been in business for over a century.

It was opened in 1900. At this time the concept of Oberkampf wasn’t yet manifested, rather, the area was an artisan’s quarter where skilled tradesmen set up shop. 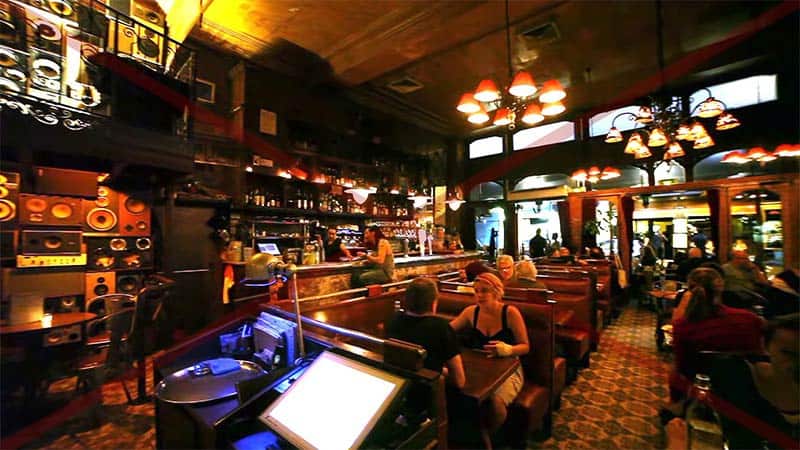 The space is beautiful and has been restored many times over. The old belle époque building features fine balustrades, high ceilings and exquisite woodwork. Once inside you’ll have the option of drinking at the bar, at one of the tables or in one of the many booths.

There are DJs on weekends and in the warmer months the terrace is open for patrons to enjoy. If you’re in the area at least stop by here for one drink before continuing with your night — worth it!

Ave Maria is fabulous and bizarre all at the same time. You’ll find it down the block from Cafe Oberkampf, which happens to be an excellent brunch spot if you’re ever around during the daylight hours.

Ave Maria is actually a restaurant; however, it’s one of those very vibey restaurants that somehow turn into a full bar and dance party as each evening progresses due to the collective rambunctiousness of the attendees. 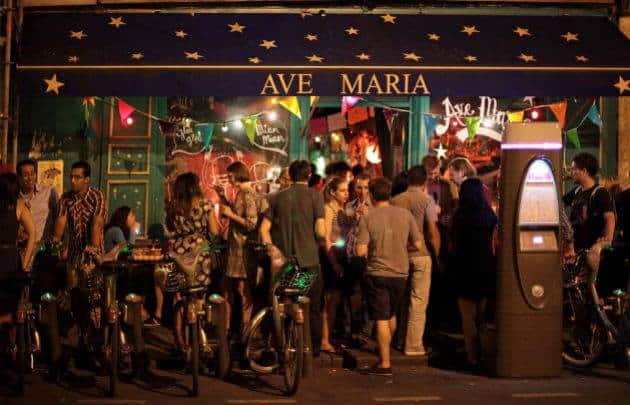 It’s tons of fun, and the unusual decor does well to create the ambiance. The space is filled with Hindu goddesses, Ladies of Guadalupe and psychedelic ornaments.

The menu at Ave Maria is extensive. Their range of cocktails is what bing the many guests here night after night; many of which will set you back a mere €4.50.

The venue plays music throughout the evening; softer during the early dining hours and louder as the evening progresses.

Bootleg Bar is situated toward the eastern end of Oberkampf. This is toward the center of the 11th arrondissement that will eventually bring you directly to the gorgeous Père Lachaise Cemetery.

Bootleg Bar is an intimate space that is best suited for a less rowdy night out. I enjoy coming here with just one or two friends as it is extremely cosy once inside. 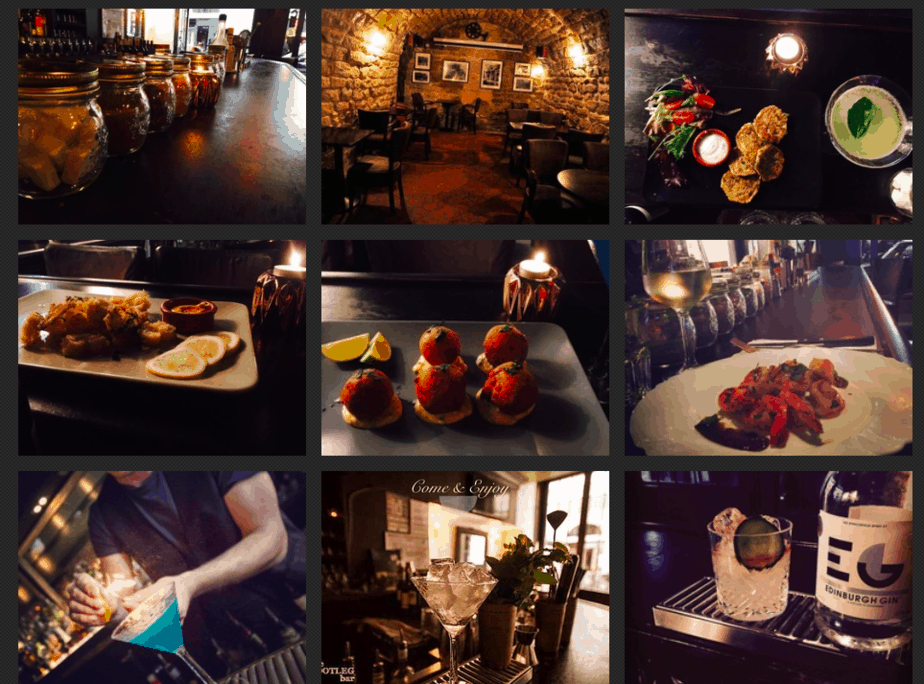 The staff are wonderful and take pride in each and every cocktail or drink that they prepare; Bootleg Bar is also very well priced considering the quality of product and service!

I first wandered in here on a 90s hip hop themed evening. It was the least pretentious crowd I’ve ever encountered in Paris and made for hours of fun until the space closed up at 2am.

Ask for Walter, and ask for a whiskey sour — you’re welcome!

If you frequent Oberkampf its only a matter of time before you land up at Aux Deux Amis having one too many glasses of wine and never enough of their plated tapas.

Aux Deux Amis is a classic French bistro and is situated on the main Oberkampf strip amidst the rest of the far more raucous bars and clubs. Things at Aux Deux Amis can get out of hand, but somehow there is always an air of class about it. 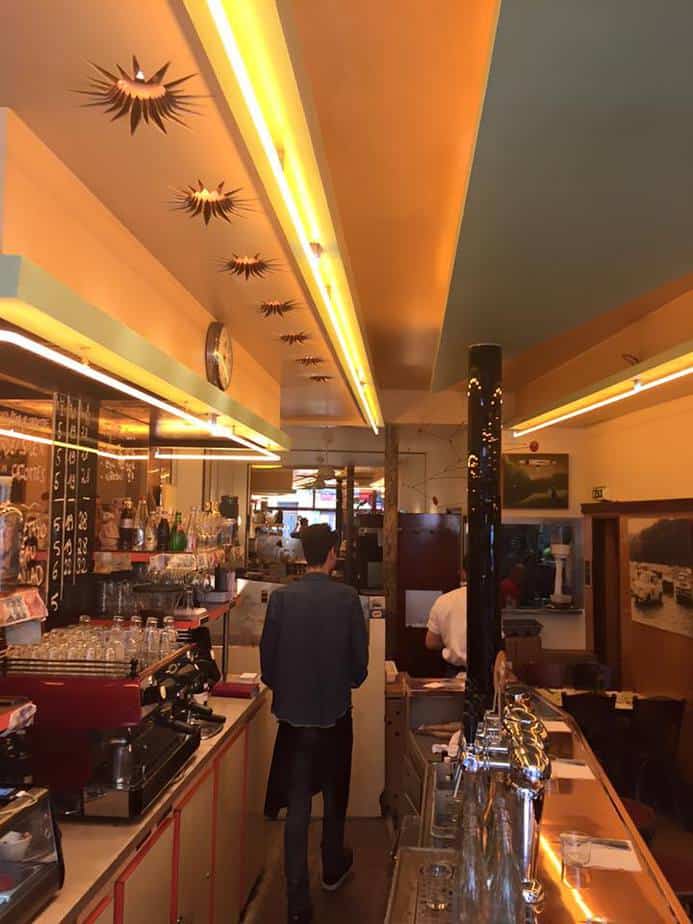 The bar inside the bistro is popular amongst the ‘after work’ crowds of Paris who fill the space night after night to take the edge off. It’s a great bar to meet people in and make friends while in Paris — one of the few venues where you don’t have to shout over the music to communicate.

A kitsch themed bar/ concert hall that is open until 5am? Sounds like a dream!

L’Alimentation Générale is Oberkampf’s solution a night out; emphasis on the out! This is not a place you walk away from with much in tact.

Inside L’Alimentation Générale you’ll enjoy a vast space filled with all kinds of mismatched junk and collectables that are supposed to provide the ambiance. You’ll have to pay €5 to get in; €10 with a drink. 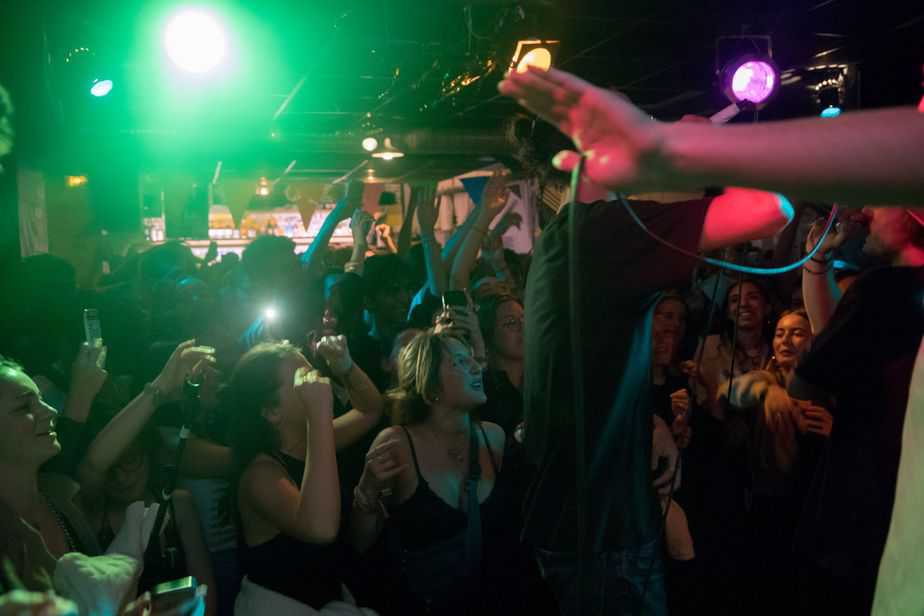 The vibe is completely unpredictable and depends largely on the event of the day. Follow their Facebook page to see what’s happening. Some nights you’ll samba; other nights you’ll trance dance — that’s L’Alimentation Générale.

A few words of advice: don’t leave the venue after 10pm because you won’t be allowed back in and there will be a line around the block. Also, try to come early on weekends — this spot fills up fast.