Reggae music hasn’t been a part of Parisian nightlife for very long. For a long time, the only places one could go to hear reggae music in Paris were certain vinyl music stores around the city that would play imported records coming from the west. 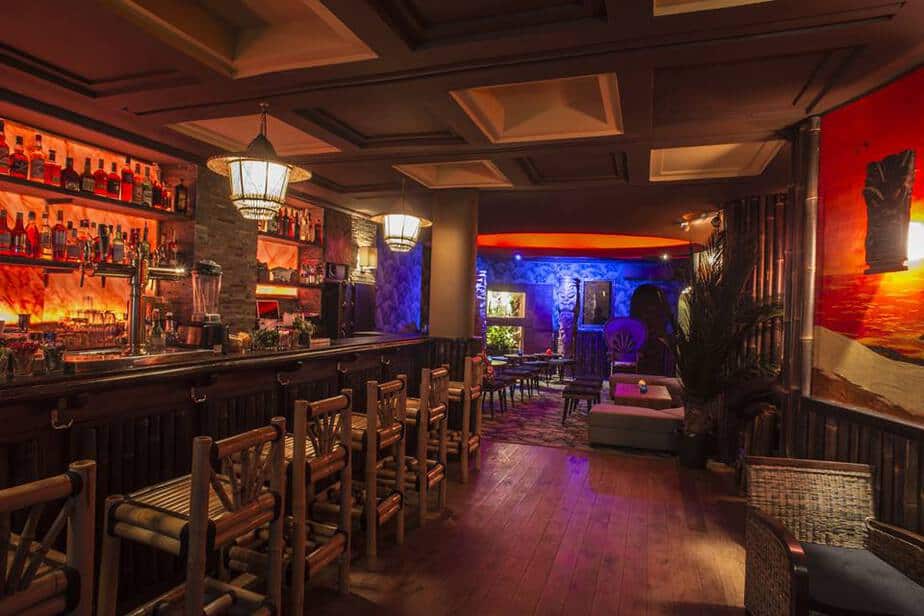 Slowly but surely, reggae music is making a mark on the Paris nightlife scene as a sought after genre for a night out. There aren’t an abundance of bars catering to this demand, but there are a handful.

Here’s where to head for your weekly reggae fix.

Twenty One Sound Bar in Paris

Twenty One Sound Bar is Pari’s very own full sized reggae dance hall. The bar is east of Bastille, deeper into Oberkampf .

Even if reggae music isn’t your forte, the Twenty One Sound Bar is a lot of fun for anyone who just wants a vibrant night out and space to dance. Get here early as the bar tends to fill up by 10pm. It also gets extremely hot inside, even in the winter; leaving your jacket at home would be a good idea. 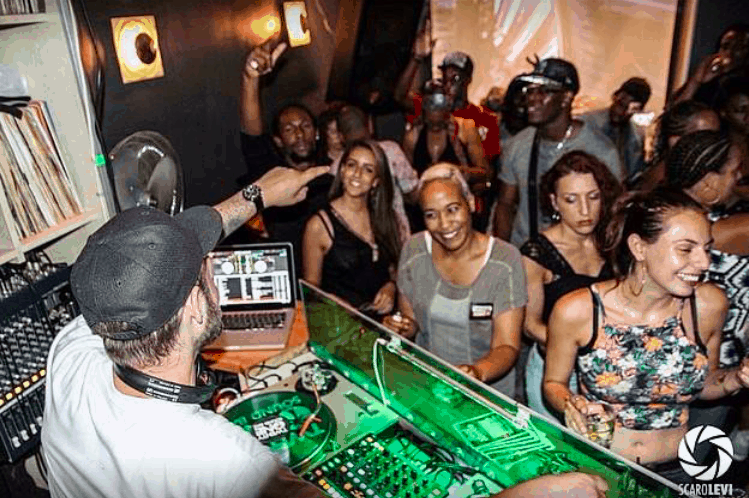 The majority of the music is reggae, but the DJ is known to mix in some hip hop as the night goes on.

Drinks are great, the staff are friendly and entrance into Twenty One Sound Bar is free. This is the best spot in Paris for a reggae evening.

Heart Beat Vinyl is a music store just two blocks up from Twenty One Sound Bar. They stock an array of reggae music available for home purchase. You can also sample the music in store.

OPENING HOURS: Tuesday TO Saturday – 9pM TO 2am

Favela Chic is right next to the Apollo Theatre on the Canal Saint Martin. It’s a three in one reggae spot: dinner, drinks and dance.

Guests at Favela start their evening by sitting down for dinner early in the evening. The cuisine is authentic Brazilian and can cater to vegans. I recommend any of the variety plates.

If you’re coming for dinner be sure to be there at 7:30 sharp, you’ll find in increasingly more uncomfortable to eat around dancing people as the night gets later. 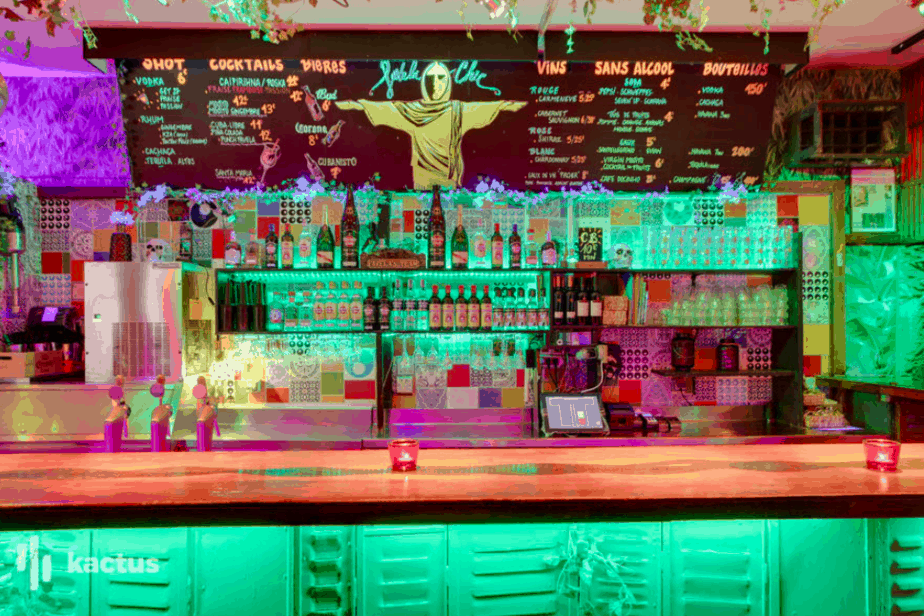 There are separate sections to Favela Chic, namely a restaurant, a lounge and a bar. The three tend to blend into one another as the bar gets extremely crowded.

The music is usually reggae with a mix of hip hop.

OPENING HOURS: Tuesday TO Saturday – 7:30pM TO 2am

Mermaids and Divers in Paris in Paris

I came across Mermaids and Divers accidentally during a free guided walking tour past the Place de la Bastille. The interior of the bar struck me, even from the outside, and I returned to find that they offer reggae evenings here throughout the week.

The bar is designed to look like an island getaway. Like a sandy beach bar constructed with driftwood.

Drinks are served in the same style and they make delicious cocktails. They also have a tapas menu with island style dishes. Locals in Bastille like this spot because it is yet to be saturated by tourists. 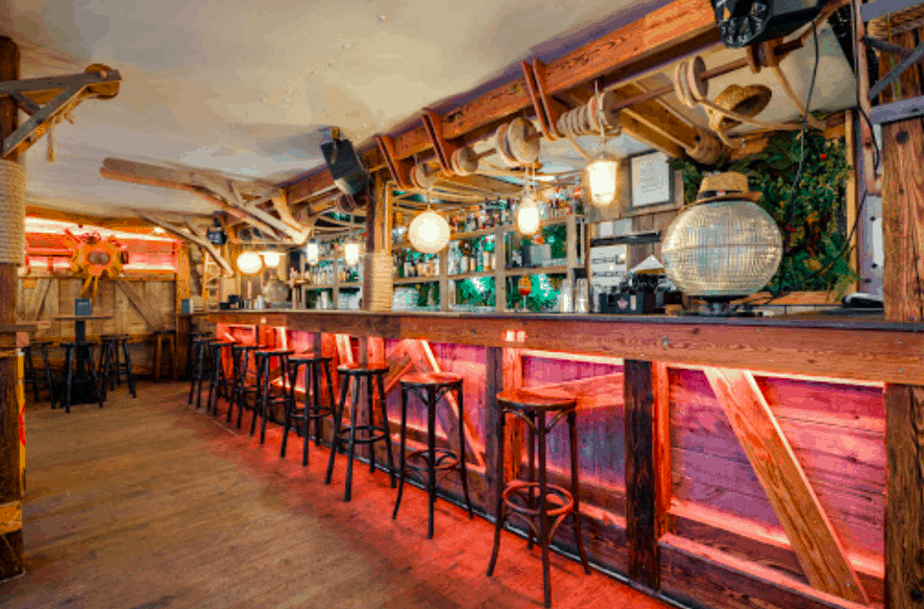 The music in Mermaids and Divers isn’t always solely reggae; they have been known to offer evenings of Latin American and even Greek music.  Mermaids and Divers is open from 10am daily, the music only gets loud enough to dance from after 10pm. Prior to this it is a great spot for a drink, snack and conversation amongst friends — and then you can dance later on if you’re still around!

It’s a consistently great night out in Paris.

OPENING HOURS: Monday TO SUNDAY – 10aM TO 2PM

The name is alarming to some, but for a tiki bar in the middle of Pigalle’s old red-light strip it’s perfectly on brand.

The Dirty Dick is an institution to the 18th arrondissement. Anyone who appreciated the art of cocktail making has probably paid the Dirty Dick a visit.

Their cocktail menu is made using only freshly juiced fruits and quality alcohols. You won’t be consuming artificial fruit juices and corn syrup mixes. Drinks are served in tiki style, garnished with fruit skewers and umbrellas to match. 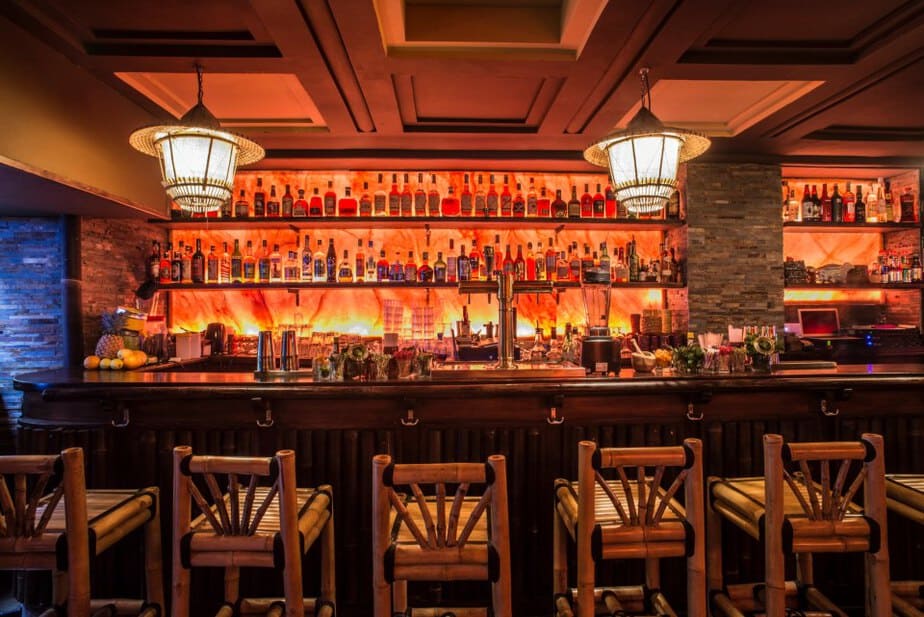 Dirty Dicks in Paris – by 1. Dirty Dicks – Sourced from their Facebook

The Dirty Dick is more of a mingling and drinking space, but dancing is permitted when the bar isn’t too full. Reggae evenings happen sporadically depending on the shifted DJ; usually two or three nights a week.

The great thing about Dirty Dick is that if you’re not feeling it you are about a minutes walk from the Pigalle strip where you can choose from bars and entertainment venues to your hearts content.

OPENING HOURS: Monday TO SUNDAY – 6PM TO 2aM