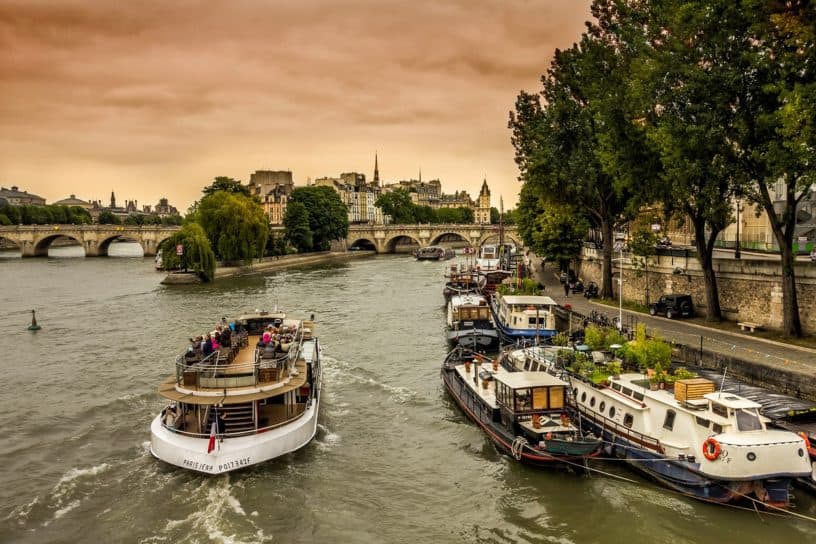 Undoubtedly, one of the most iconic aspects of Paris is the beautiful architecture! When you think of Paris, you probably imagine the Eiffel Tower, the stunning Arc de Triomphe, or even the impressive Notre-Dame Cathedral. But the ornate, limestone façades of the city’s Haussmanian buildings are almost as synonymous with Paris as the Eiffel Tower. No matter which neighborhood you’re in, you will find monuments, parks and beautiful architecture.

Paris is a city rich in history, and a lot of it’s stories are told through the city’s classic architecture. For example, did you know that Paris was once a Roman city called Lutetia? You can still visit the remaining Roman ruins called the Arènes de Lutèce, hidden away in the historic 5th arrondissement. Want to know more fun facts about Paris and its incredible architecture? Read on to learn my top 5 fun facts about Parisian architecture! 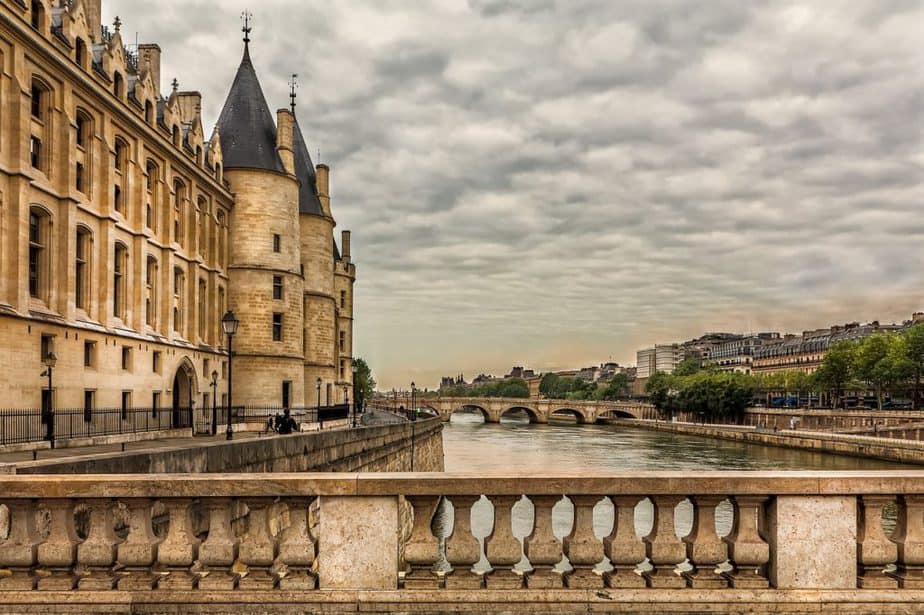 The river Seine divides Paris into the Right Bank and the Left Bank. Much like in London, Parisians are very loyal to their side of the river, and each side has many different things to offer. In a city built around a river, bridges are an essential aspect of the landscape, and in Paris the city’s 37 bridges double as beautiful monuments!

Parisian civilization actually began on the Ile de la Cité and the city developed outwards. The first bridge in Paris connected the Ile de la Cité to the neighboring island of Ile Saint-Louis. This wooden bridge was called the Petit Pont, and had to be reconstructed many times through the centuries due to floods. Today, you can still cross this little bridge, though now it’s been remade in stone.

The first “iconic” bridge of Paris is actually the oldest one standing today. The Pont Neuf, was constructed in the 16th century, and was the first of many beautiful Parisian bridges. This bridge is perfect for visiting at sunset, there are even benches so you can sit and enjoy the panoramic city views! During the turn of the 20th century, Paris added several more gorgeous bridges. The Pont Bir-Hakeim, Pont Alexandre III and Pont d’Alma are all worth a visit!

Since Paris exiled its business district to a Western suburb, there are no skyscrapers in the city itself. Standing at 300 meters tall, the Eiffel Tower is the tallest building in Paris! The only other tall building in Paris is the Montparnasse Tower which is 210 meters tall. Parisians were upset when this tower was constructed, and some still don’t like it. But, the Montparnasse Tower offers the best view of Paris and the Eiffel Tower! Other than these two tall structures, nearly all the buildings in Paris are less than 9 stories tall. Much to the dismay of locals, the French government recently updated the law, to allow new buildings to be up to 11 stories tall.

These laws ensure that monuments like Notre-Dame, Sacre-Coeur and of course, the Eiffel tower are still front and center on the Parisian skyline. 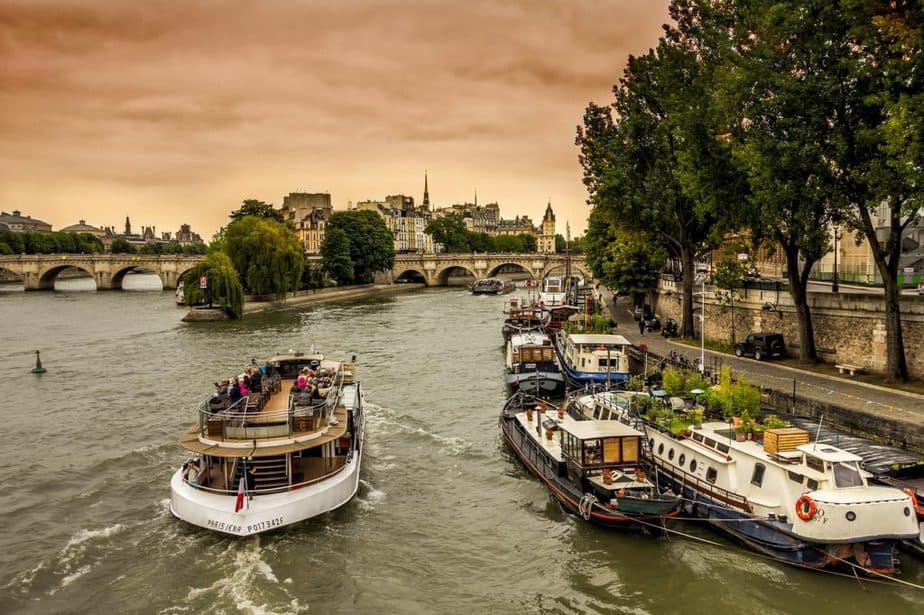 Paris is called the city of lights, but did you also know it’s a city of green? King Henri IV had more than 500,000 trees planted across the city during his reign. A touch of green is the perfect compliment to the beautiful Parisian architecture. Tree-lined boulevards and avenues have become an integral part of the Parisian landscape. To this day, the main avenues are still lined with tall, lush trees and the smaller streets have their fair share of green, too. Wondering where you can see the green side of Paris? In my opinion, a stroll in the beautiful neighborhood of Montmartre is one of the best ways to see green Paris. 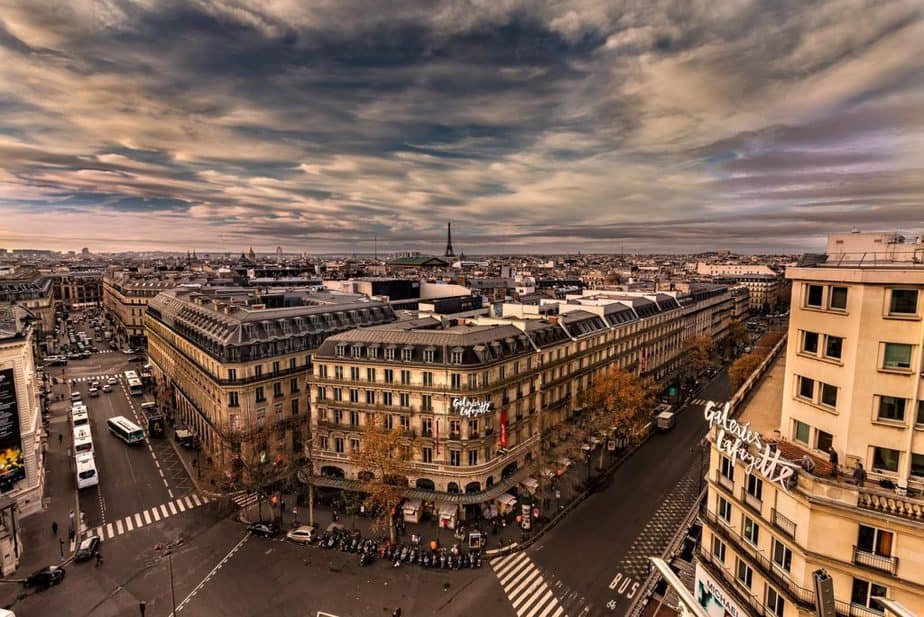 In 1850, Paris was still very much a medieval city without modern conveniences. Small streets and lack of public transportation made life in Paris increasingly difficult during this time. One man, Baron Haussman, completely remodeled the city under the reign of Napoleon III. From 1852 until 1870, small streets were transformed into grandiose boulevards and little gardens made into parks. Not to mention, most of the gorgeous limestone buildings that we see today were constructed during this time. This style of architecture is called Haussmanian, named after the Baron Haussman. The addition of the metro and the city’s Haussman expansion paved the way for Paris to become the international city it is today. 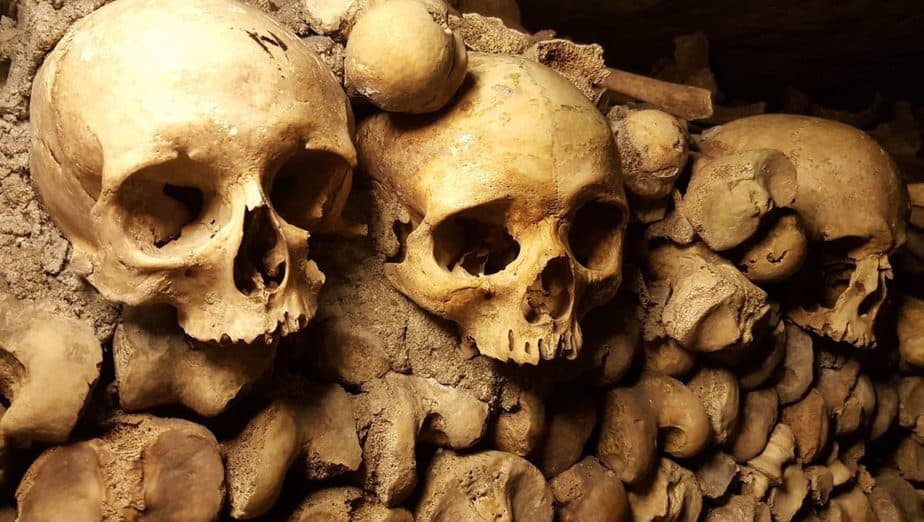 Did you know that there’s an entire network of tunnels just underneath the streets of Paris? Known as the catacombs, these underground passageways hold a lot of secrets. The official catacombs are rather spooky! These underground rooms were made in the 1700’s to house the remains of over six million Parisians when the city’s cemeteries started overflowing. Today, you can visit the official catacombs museum, and explore all the city’s darkest secrets.

Aside from the museum, there is an incredible maze of tunnels underneath the city, which the French Resistance used during WWII. Today, many of the tunnels remain and are used for underground concerts and parties. There’s an entire underground culture down there, and those who frequent the catacombs often take on a secret identity and are known as cataphiles. These catacombs are only accessible from man holes across the city, but their location is always changing as the police find out and close them.

Now that you’ve read my top 5 fun facts about Parisian architecture, I hope you enjoyed this article. Since Paris is such a walkable city, the best way to appreciate the beautiful architecture is with a stroll through the city of light. The Marais, Montmartre and the Latin Quarter are some of my favorite neighborhoods for a walk. You’ll find some of the most impressive architecture there, too! Please don’t hesitate to contact us if you need any more information about anything, or if you have any fun facts of your own to share. See you soon in Paris!