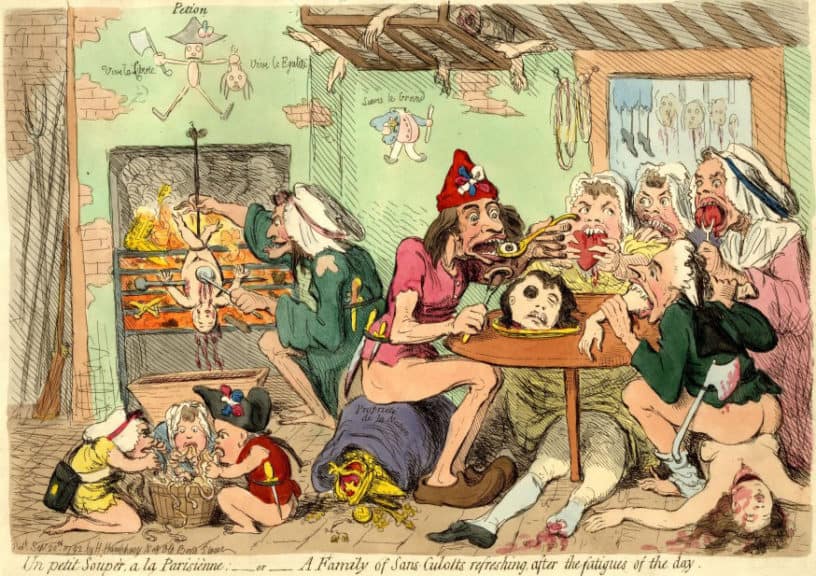 English drawing portraying the French as Cannibals during the revolution

If you have visited France you may have noticed the prevalence of pâtés (meat spreads or meat pies) in the French diet. Meat is seen as a sign of class and, when entertaining guests, it is highly probable that there will be some kind of pâtés during the Apéro. The most luxurious of these pâtés is pâté de foie gras, a concoction made from the ground up livers of fattened, force fed geese. Sometimes these pâtés are baked in pies and turned into special delicacies. Often times I have wondered what makes these meat pastes so special, so good? What is their magic ingredient? Well, for the medieval Parisians of 1384, the answer was somewhat disturbing. 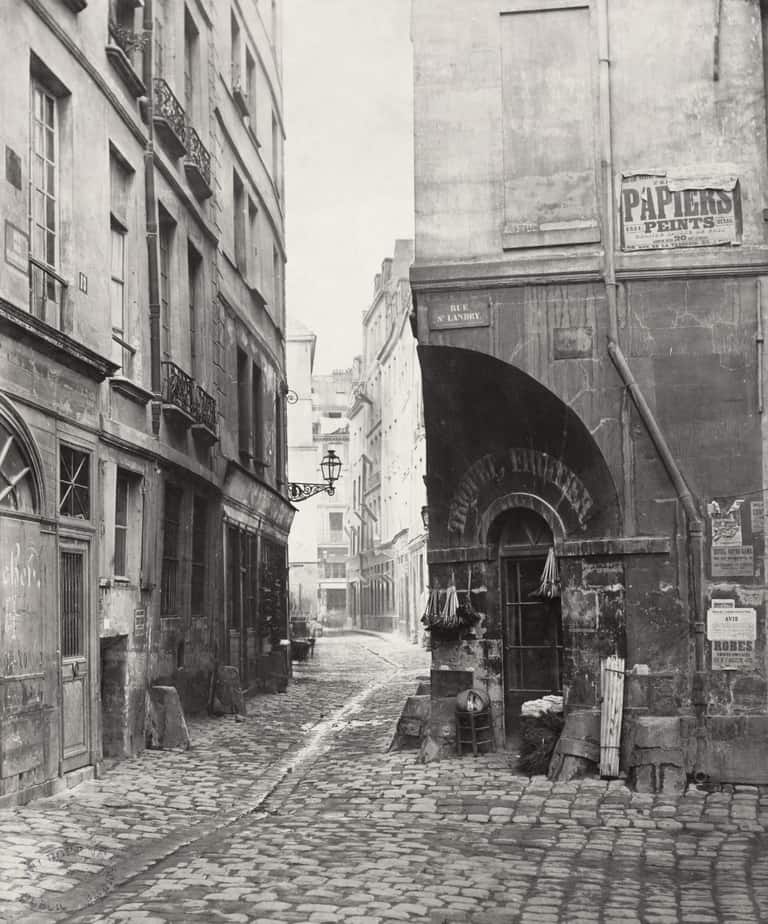 It is the year 1384 and Paris is only a small village compared to what it will become. If you were not a noble, you were one of the thousands of peasants or small store keepers who populated the city.

All of France was ruled by the king, whose palace was kept in the heart of Paris: Île de la Cité (Island of the City). The island was relatively isolated due to the difficulty of constructing bridges that could withstand the winter floods and the ice floats – such as the one that came six years earlier in 1328 – that would sometimes float by, taking with them the bridges and water front houses.

Nevertheless, the island was peaceful and filled with many shops that would please the king and his nobles. Among these quaint, street-side shops, on the corner of rue des Marmousets and rue des Deux-Hermites, sat the friendly butcher and the chummy barber.

As the legend goes, between the years of 1384 and 1387, the butcher of rue des Marmousets was one of the most well known butchers in all of France. Out of all of his meats, it was his pâtés and meat pies that, shall we say, “cried out” and captured the attention of the French public.

It is rumored that people all over France came to Paris to try his delectable delicacies. Even King Charles VI was reportedly a connoisseur of the butcher’s meat pies and pâtés.

Everyone agreed: they were to die for.

For some foreign students, unfortunately, this would only prove to be too true.

The barber with the twitching hand 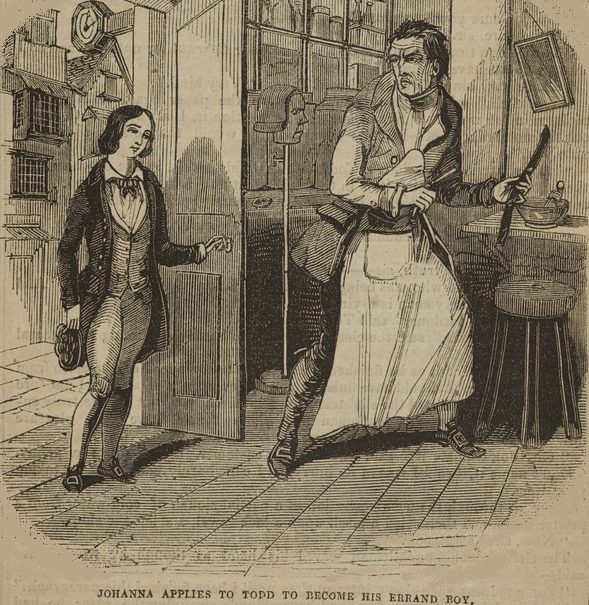 Neighboring the butcher was the Island’s barber. The barber had a large cliental but he was most popular with young, irresistibly tender foreign students.

When the barber was finally alone with one of the foreign students, he would let his hand quickly twitch across the jugular of the unsuspecting, philosophy major, and would then proceed to send him down a chute and into the basement he shared with the butcher. 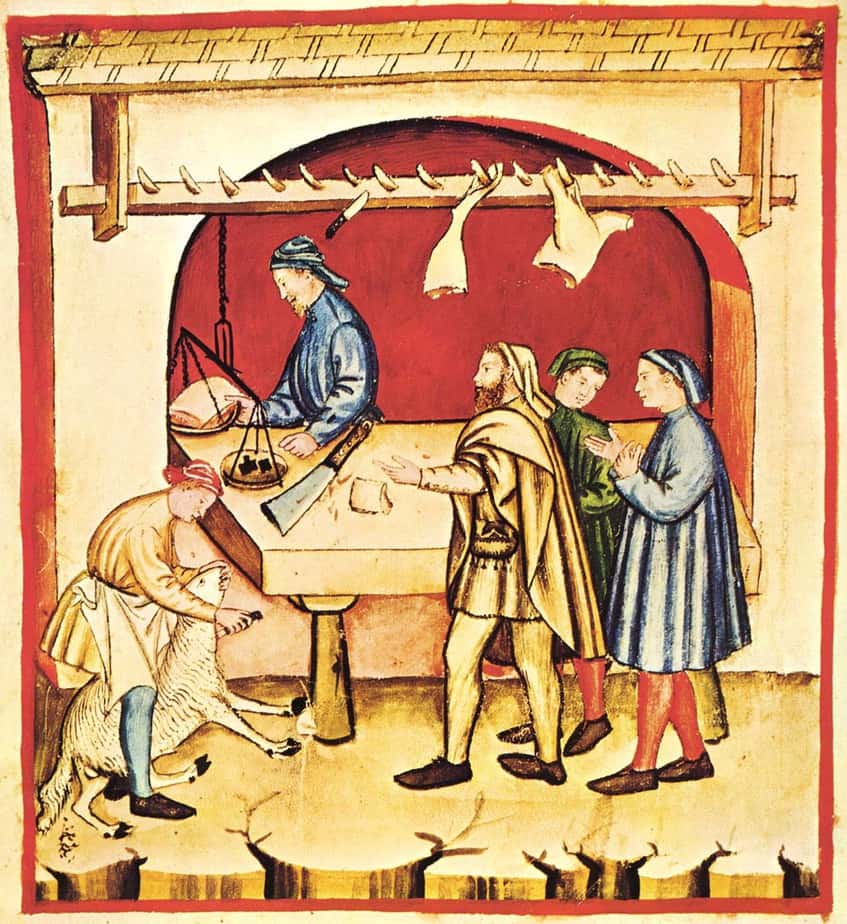 A butcher in the 14th century

From there the butcher would chop, grind and mash the student-whose-study-abroad-went-way-bad until he was finally ready to add his newest ingredient to the  day’s meat pie.

It is said that the barber and  butcher preferred the flesh of foreign students because their families would not realize they were missing until long after they had already been digested.

The end of the line 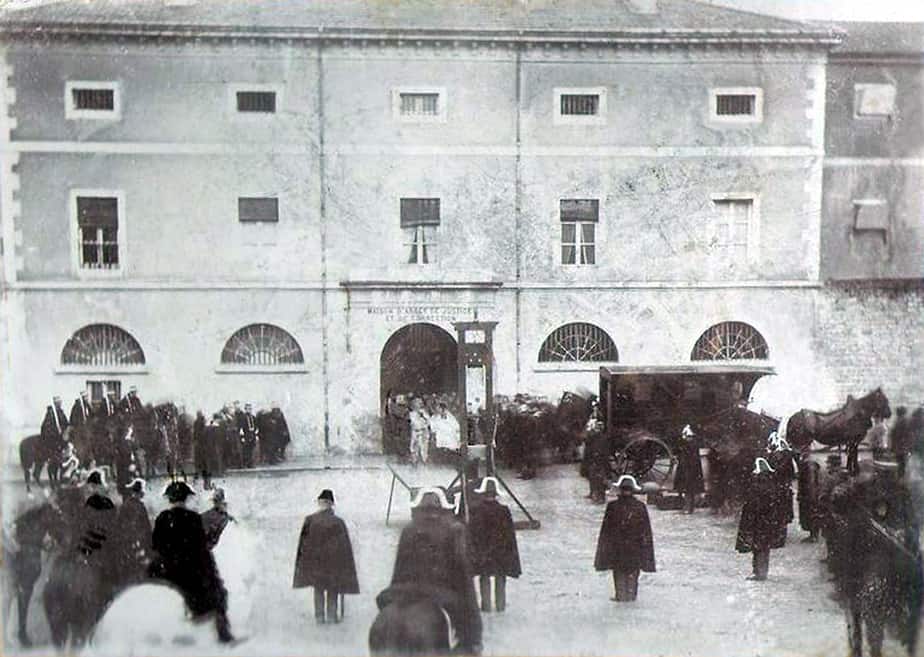 For years the two demonic butchers flourished in their economically advisable scheme.

It was only when a young German student was found to be missing that the case began to break open. The police had no leads and were baffled at yet another missing student. Everything would have passed fine if it wasn’t for the student’s dog.

The faithful dog stayed outside the barber shop day and night, barking and waiting for his master to return. Eventually the police decided to investigate. They found the butcher’s basement and the evidence left behind by the victims.

Upon the discovery, both the butcher and the barber were taken outside city hall and hanged. The dog was awarded the medal of honor in the solving of the case.

Since that day, French pâtés have been Human Free.

Well, as far as we know. 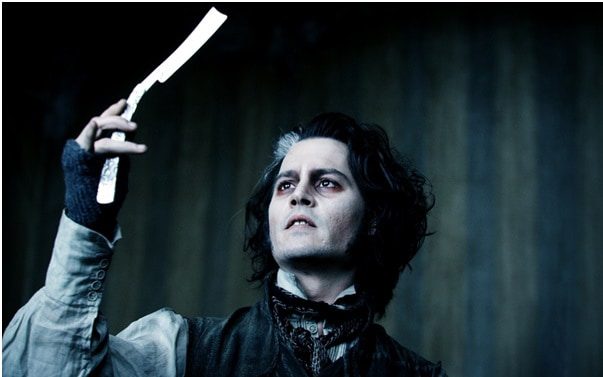 Does this story sound familiar? If so, it may be because you have seen an adaptation of the classic Sweeney Todd story. Sweeney Todd is a fictional character originally created in a penny dreadful article in 1847.

The character of Sweeney Todd made his home on the corner of Fleet Street in London. Since the original story, there have been many different takes on the demonic legend. It is likely, however that Sweeney Todd was influenced by the demon barber of Paris. 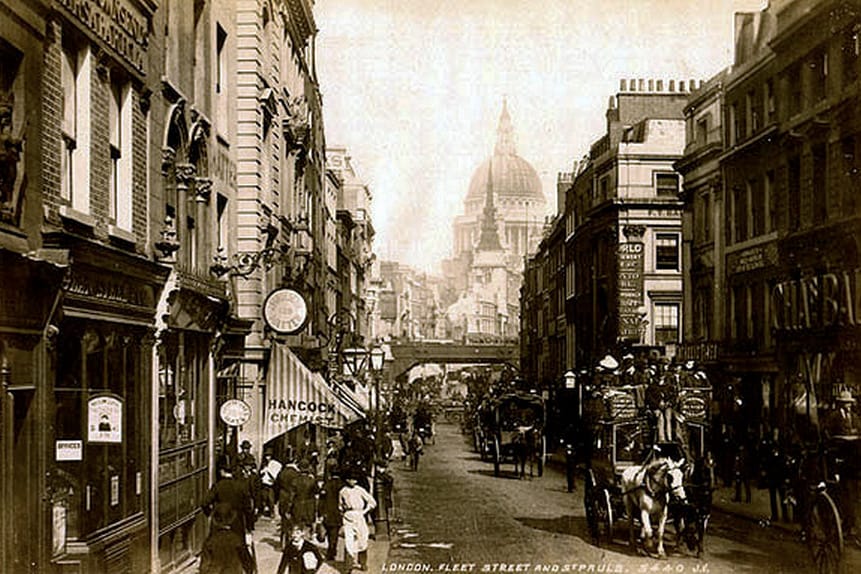 The “demon barber” has been the subject of so many portrayals that it is difficult to know where exactly the original story comes from, let alone uncover the truth about the original demon barber, if, indeed, there ever was one.

Sweeney Todd was first written about in 1847. Since then there have been many alleged historical basis. Some claim that the story was influenced by a Charles Dickens story when one of his characters remarks on the popularity of “cannibalic pastry” throughout capital cities. This suggests that the legend of the human-made pastry was in circulation in the 1850’s.

In the late 1700’s there was another story to supposedly come out of France. This story was nearly identical our 14th century story but allegedly took place during the time of the French revolution.

This story was reported on by British papers who were not in favor of the French commoners and their revolution. England therefore had an interest in painting the French as barbarians and cannibals: a theme that would prevail throughout English propaganda until the end of the French revolution. 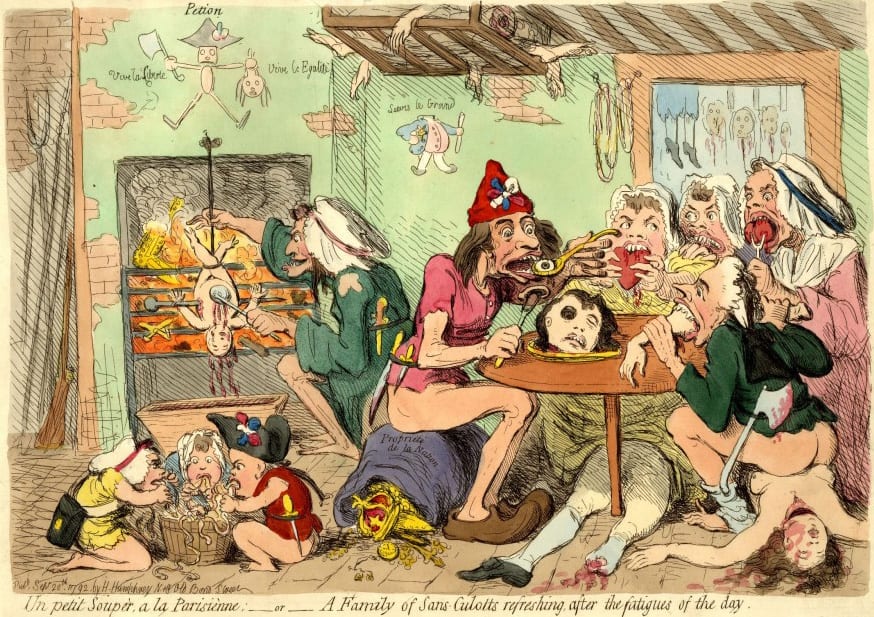 English drawing portraying the French as Cannibals during the revolution

There are reasons to question the 18th century report from France. For one thing, there are absolutely no police records of the alleged murders. For another, the man who made the claim had a strong riff with the police and the state. Most people believe that the claim was made to sell a story and to defame the French.

However, the most telling piece of evidence in regards to our original, 14th century demon barber, comes in the form of a folksong. It was originally written in 1387 (the exact year that the barber and butcher were said to be executed.)

The song is called The Legend of the Barber and the Bloody Pastry Seller. Here are some of the lyrics:

There seems to be little doubt that the classic figure of the demon barber was indeed influenced by the chilling, 14th century account of the malicious barber and butcher, making pies and slitting throats on the picturesque, tourist filled Île de la Cité.