Why do over one million people visit Paris’ Père Lachaise Cemetery every year? 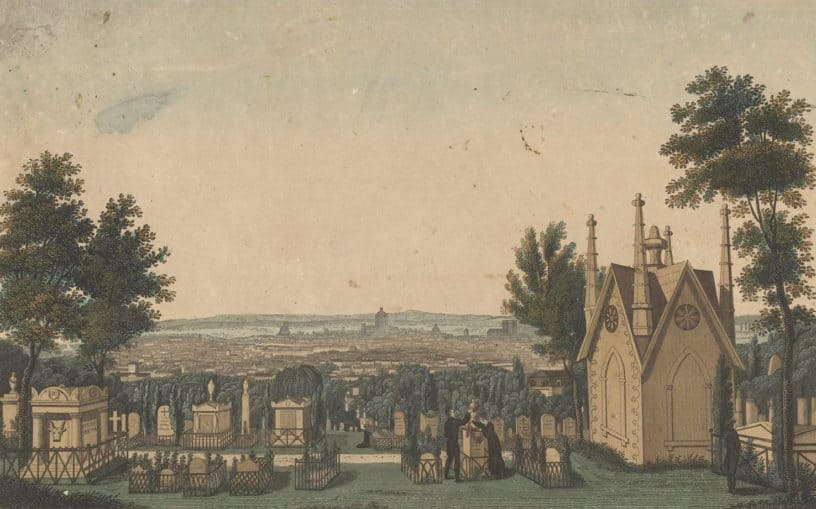 Why do over one million people visit Paris’ Paris’ Père Lachaise Cemetery every year?

Paris’ celebrated Père Lachaise cemetery is one of the most visited necropolises in the world, welcoming over one million visitors a year. It is the final resting place of artists, writers, scientists, war heroes, politicians, actors, the great, the good, the average and despicable alike. Known as a living gallery due to the exceptional funerary art adorning the tombs, it is an oasis of tranquillity and one of Paris’ treasures. 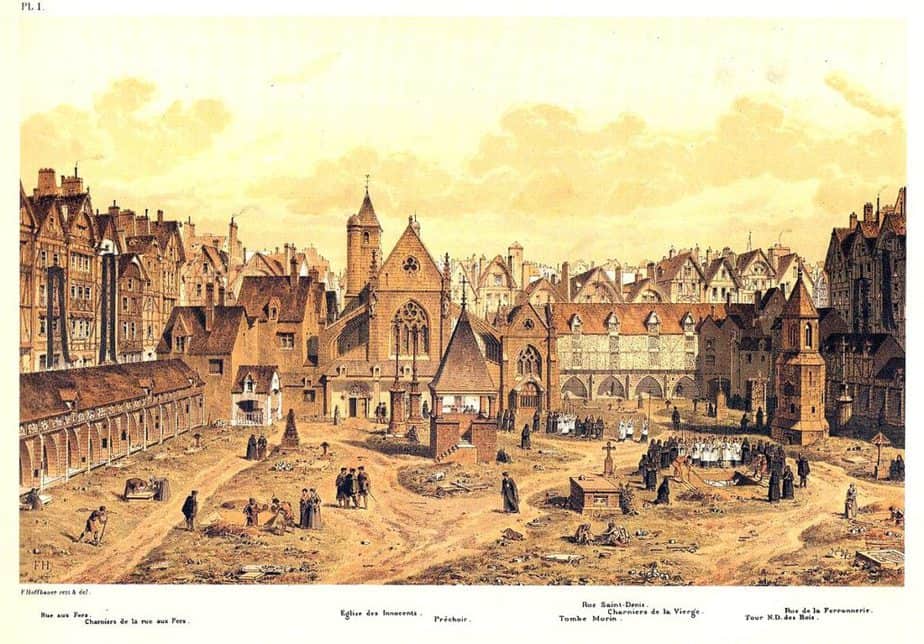 In 1785, France’s ill-fated king, Louis XVI, (guillotined during the French Revolution in 1793) issued an edict that all cemeteries in Paris proper were to be emptied. There simply wasn’t enough room for the dead in the city center (even with the use of mass graves) and Parisians couldn’t bear the horrific stench emanating from the cimetière des Saints-Innocents (now modern-day les Halles, near Châtelet). There were exactly 4,183 bone transports, which took place day and night,  over the course of six months. Though the dead were disturbed, the dis-internments were accompanied by full religious ceremony, complete with chanting Catholic priests. The remains of over six million Parisians were laid to rest in the city’s elaborate catacomb system.

For more information on the Paris Catacombs please visit our article (click here to read our article or Buy Tickets for 'Les Catacombes' on Viator) .

Though the revolution disrupted the project, it carried on under the reign of Napoleon Bonaparte in 1803. The objective was to create new cemeteries on the outskirts of the city, à la ancient Rome. Needless to say, it was not well received. Parisians were used to paying homage to their loved ones in the city center.

How was the public won over? In a brilliant Marketing/ PR coup, celebrated playwright Molière, and writer Jean de La Fontaine were exhumed and re-interred at Père Lachaise along with medieval lovers Abélard and Héloise (the ‘French Romeo and Juliet’) in 1817. As a result, people flocked to visit and started buying up plots. It soon became the height of fashion to spend eternity amidst the ‘crème de la crème’ of Parisian society. 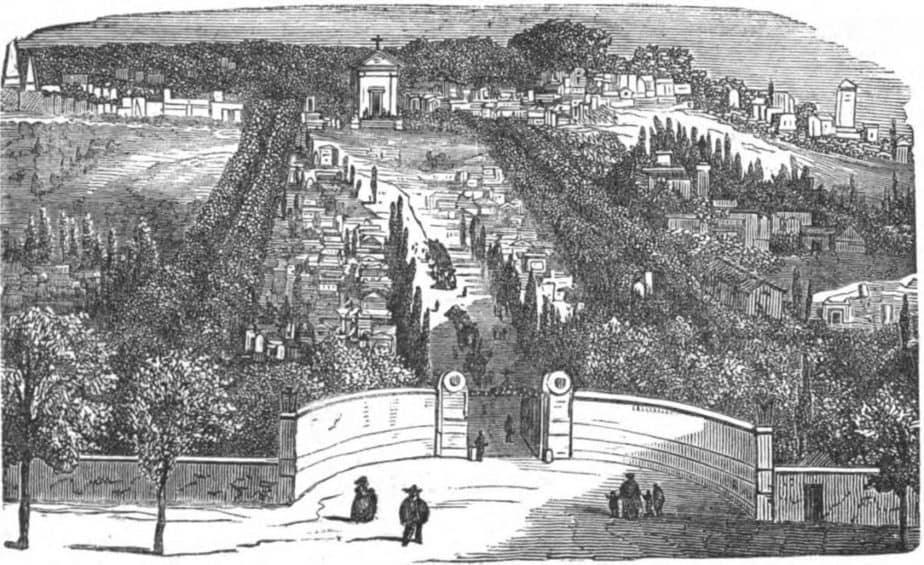 Père Lachaise cemetery is named after Father François de la Chaise (1624 -1709), a Jesuit priest and father confessor to Louis XIV (the ‘Sun King’). In 1626, the Jesuits acquired the property for the purpose of retirement housing. It was there, at the top of the hill, that a young Louis XIV watched one of the ‘Fronde’ (civil war) battles unfold. The land was later purchased by the city of Paris in 1803. The ‘garden cemetery’ concept is architect Alexandre-Théodore Brongniart‘s creation, he is also buried at Père Lachaise. 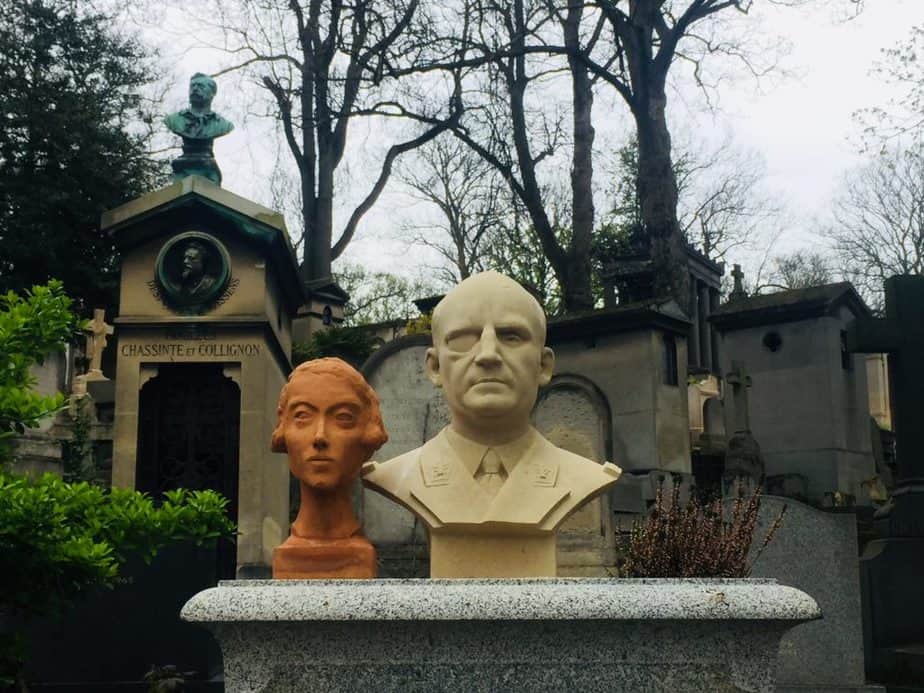 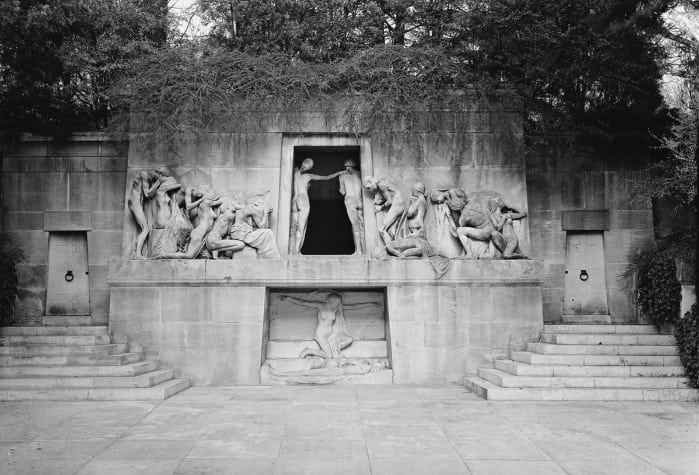 Albert Bartholomé’s stunning monument can be seen from the main entrance of the cemetery. He began work on the project in 1887, which was coincidentally the same year his wife died. The monument includes several figures recoiling in fear from death, as well as a couple peacefully passing into ‘the other realm’. It was commemorated on October 31, 1899. (just in time for All Souls Day, November 2), to great acclaim!

The ‘Monument aux Morts’ serves as an acknowledgement of mortality, remembrance of the dead, and is also the front of an ossuary where the remains of over three million people reside. Bartholomé is buried at the foot of his most famous creation. 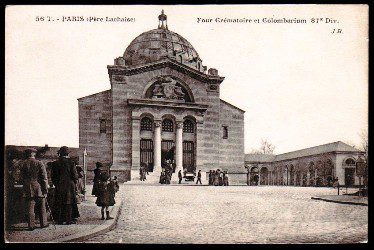 Père Lachaise houses the first crematorium in France. Architect Jean Camille Formigé embraced a neo-byzantine style for the structure. The first cremation in France was quite controversial, and took place in 1889 at the cemetery. While the Protestant faith allowed cremation as of 1888, the Catholic Church did not support the concept until 1966.

There is a non-denominational chapel on site with adjacent rooms to accommodate several funeral ceremonies at once, and is run by the city of Paris. The crematorium was designated a national monument in 1995 due to the structure’s historic significance. 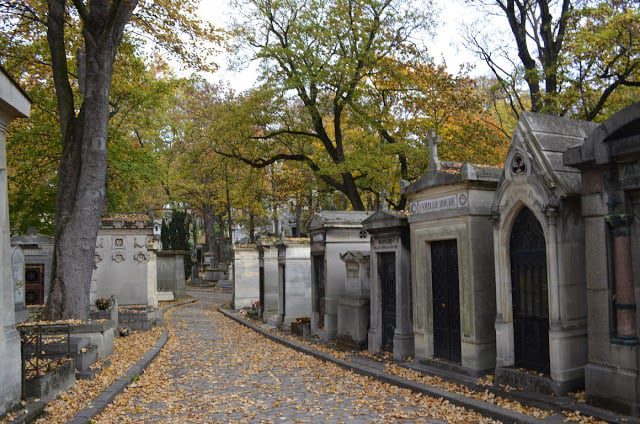 How to spend eternity at Père Lachaise

Today the cemetery remains one of the most exclusive places to be buried in the world. However, there are some regulations about who exactly qualifies to ‘join the club’. You must have: been born in Paris, died in Paris, lived in Paris, or have an existing family plot.

Believe it or not, it is possible for the deceased to be evicted from their ‘final resting place’. Some plots are purchased in ‘perpétuité’ (perpetuity). However, if a plot falls into disrepair or the lease is over, the remains are then moved into the ossuary which is located inside the «Monument aux Morts».

There is currently a waiting list for available plots as some families still request traditional casket burials. Options: perpetuity, as well as 50, 30 and 10 year leases. The prices reflect the number square meters and duration of the lease. (For example, 2 square meters for perpetuity will cost around 16,000 €. This price does not reflect burial or memorial costs.)

There is a an outdoor colombarium that surrounds the crematorium, as well as several levels underground. Though sometimes I refer to it as an ‘ash condo’, the official definition of a colombarium is, ‘a building or room with niches for funeral urns to be stored’. As with the plots, 50, 30 and 10 year leases are available. (A 50 year lease for one spot costs around 2, 466 €, not including taxes and administration fees.)

Established in 1986, the Memory Garden (Jardin du Souvenir) is located on the east side of the cemetery. This is where the ceremonial scattering of cremated remains takes place. While it is one of the most cost-effective ways to spend eternity at Père Lachaise, it also reflects the growing movement towards eco-friendly end of life options.

*Please note, the scattering of ashes in the Jardin du Souvenir must be done in conjunction with City of Paris Funerary Services. It is by no means a cremated remains ‘free-for-all’. 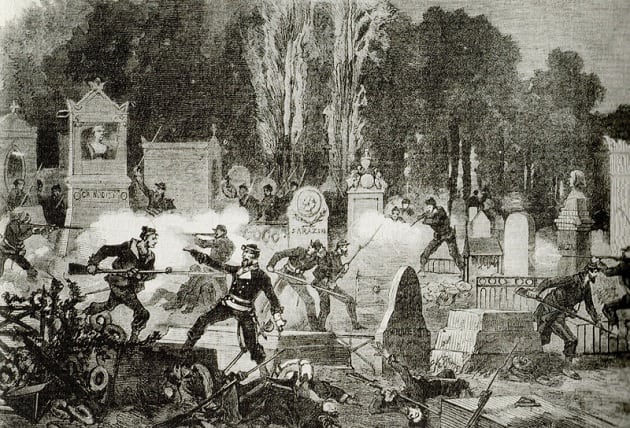 Prussians sieged Paris after the defeat of French in the Franco-Prussian war of 1870. Residents were subjected in inhumane conditions, and rose up against the provisional French government. During the rebellion of the Paris Commune, the Communards took refuge in Père Lachaise as a last resort. All one hundred and forty-seven of them were lined up, shot, and buried (where they fell) in a mass grave.

The ‘Mur des Fédérées’ monument exists as a testament to those who sacrificed their lives in response to tyranny, they are not forgotten in France with annual remembrance processions and funerary wreaths. 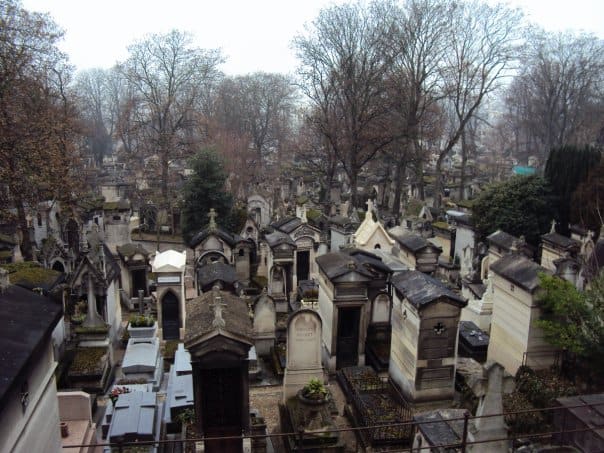 **It only closes during storms with high winds due to concern about falling branches.

Père Lachaise metro stop (line 2) *There is an entrance to the cemetery accross the street from this metro stop, but it is not the main entrance.

Are you travelling to Paris and you need help planning your trip?

Discover Walks Paris run free (tip-only) walking tours of Paris every day. You can find more information on our website.

See you soon in Paris !