Paris - By month, Paris - Food & restaurants, Paris - What you need to know before coming to Paris

Top 10 things you need to know about wine in Paris 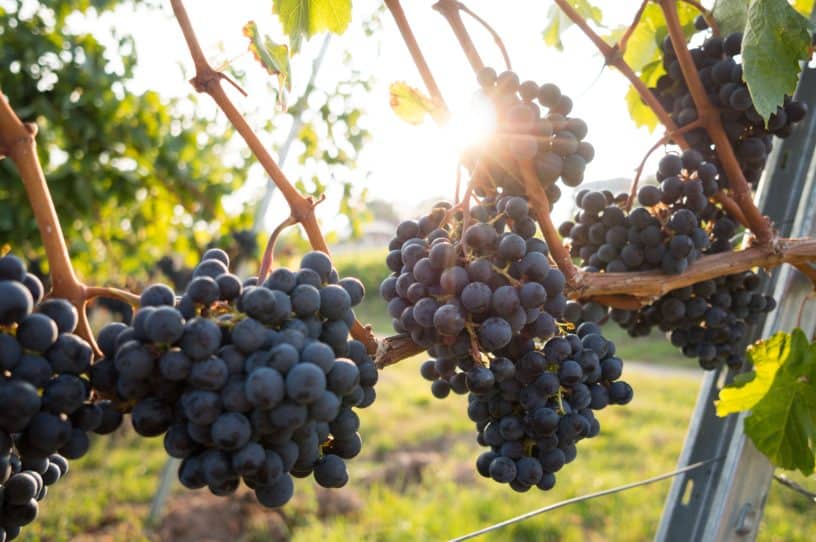 Grapes on a vine - Photo by David Köhler on Unsplash

Top 10 things you need to know about wine in Paris

For hundreds of years, France has been the wine capital of the world. Each French region has its own perception on the art of wine making, adding their own flavors and special twists. Paris, the city of food and light, is a huge fondue melting pot for all the regions’ wines to showcase their unique take on the ancient tradition of grape cultivation. If you plan to visit France and partake in the national pass-time of wine drinking, then it is best to know some essential things about wine in Paris.

History of wine in France 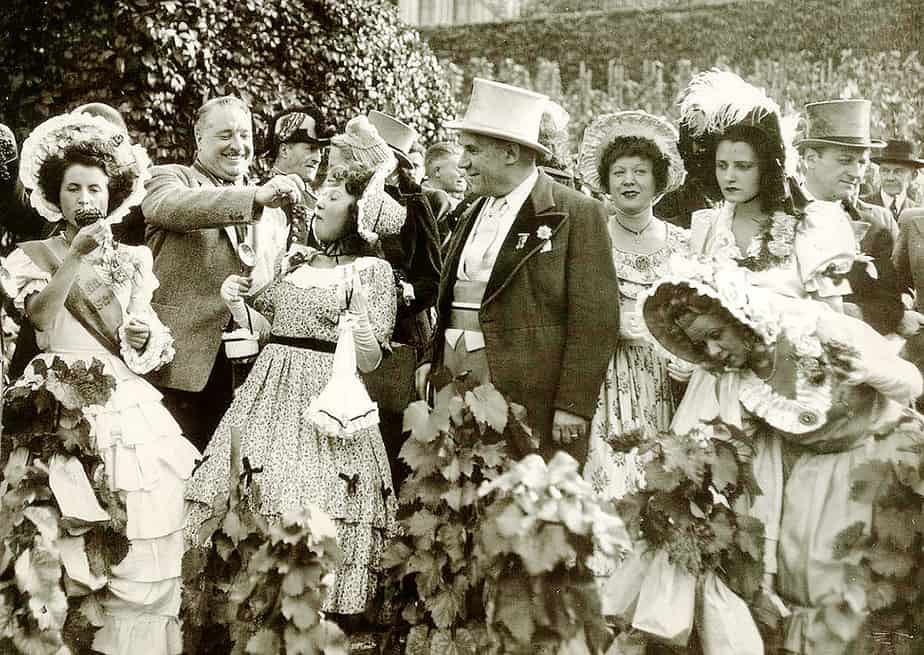 A wine festival in Paris near Montmartre

Wine has been made in France since the the early 6th century. Before that, it was the Italians that first exported their wine to the noble families of France, gifting the French a cultural obsession that would eventually lead to some of the best wine in the world.

The French were taught the art of wine making by the Romans. They slowly began constructing their own vineyards and perfecting the art. After a law was enacted in order to make it easier for farmers to plant grapes, wine began taking France by storm.

The true heroes of French wine are the monks. As Christianity began to expand, and in turn acquire more land, the monks were given the task of cultivating grapes and fermenting wines.

It was these monks who, in the caves of their monasteries, found the secrets of the perfect grape and how to ferment it into the brew that we know today. Many of the grapes and techniques used by the monks are still in practice today. 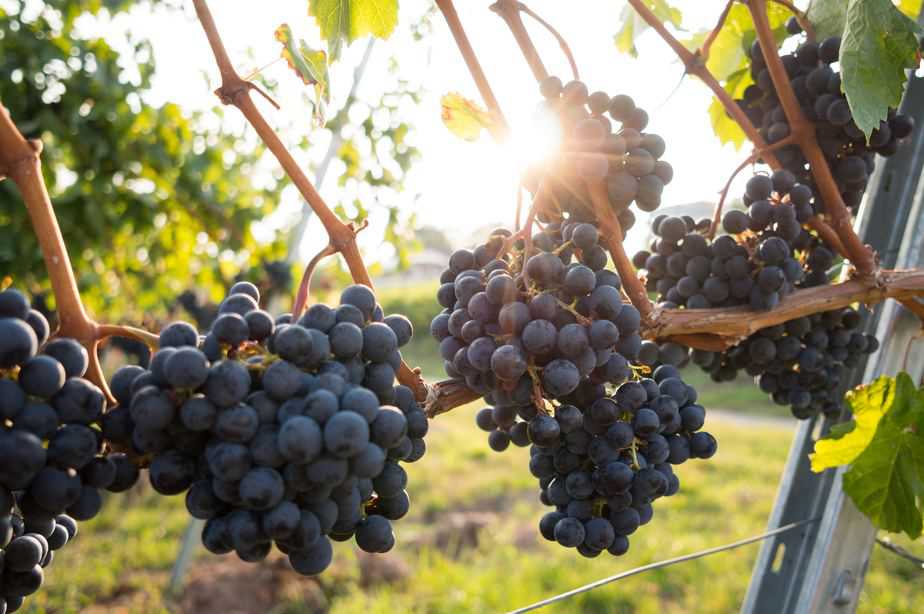 Grapes on a vine – Photo by David Köhler on Unsplash

The wine harvest or Vendange is incredibly important in French culture. The date of the harvest is ultimately decided upon by the readiness of the grapes. Normally the harvest season takes place in late September through early October. The season may alter depending on the summer’s weather.

Once the season has opened, foreigners and natives alike flock to the vineyards to start the picking process. Many grapes are still being picked by hand, shunning the modern trend of machine picking and giving a chance to thousands of people to experience the tradition.

I worked the vendange for a week this summer in Champagne. The work was difficult and unbelievably monotonous but, despite that, the ambiance was vibrant and the experience was rewarding.

France and Italy are in a heated race to be the country that produces and exports the largest amount of wine. In 2017 France claimed the lead by exporting 29% of all the world’s exported wine. Amassing over 10 billion dollars in wine profits.

Due to their presence in wine exporting it is easy to see why so many of our wine terms, grapes and techniques come from French valleys. The United States is France’s largest customer.

France also retains from exporting many of their wines, keeping some strains for themselves. These wines tend to be from smaller vineyards.

The Vineyards of Paris 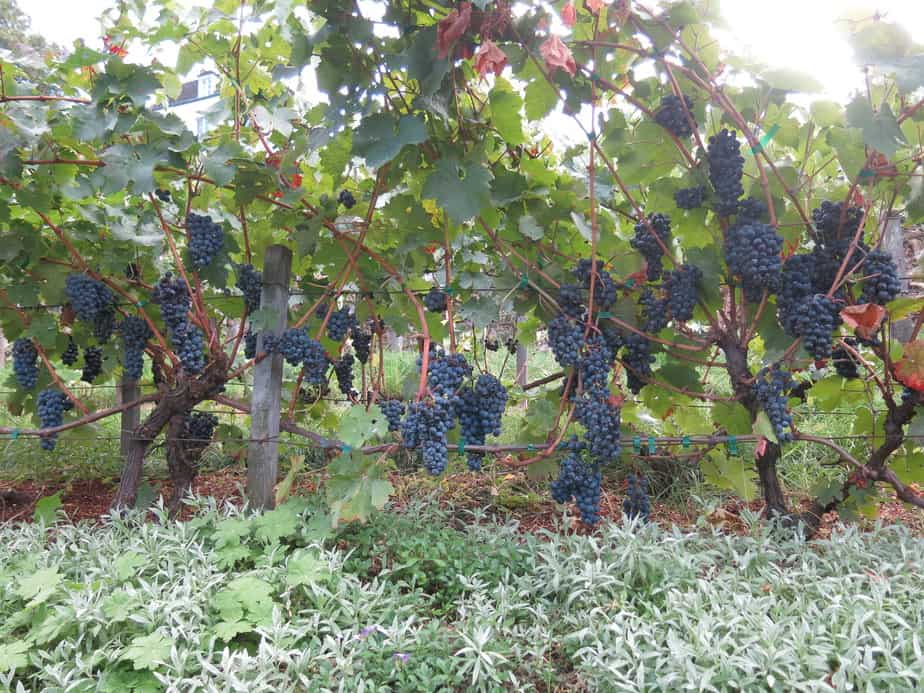 It might surprising but there are actually some vineyards hidden in the streets Paris. Many Parisian vineyards were destroyed in order to make space for industrial buildings. Some, however, managed to survive.

Among these vineyards is the relatively famous Clos Montmartre. It is located on the hill of Montmartre in the 18th arrondissement.

Dating back to 945, it is the oldest vineyard in Paris.  It was built by the abbey of Montmartre and tended to produce small of amounts of local, cheap, unpopular wine.

Now, thanks to its history and popularity, everything is done to make Montmartre’s wine exemplary. It is sold in auction and the benefits are given to social work. The vines are not publicly accessible but you can book a tour of the vines online. 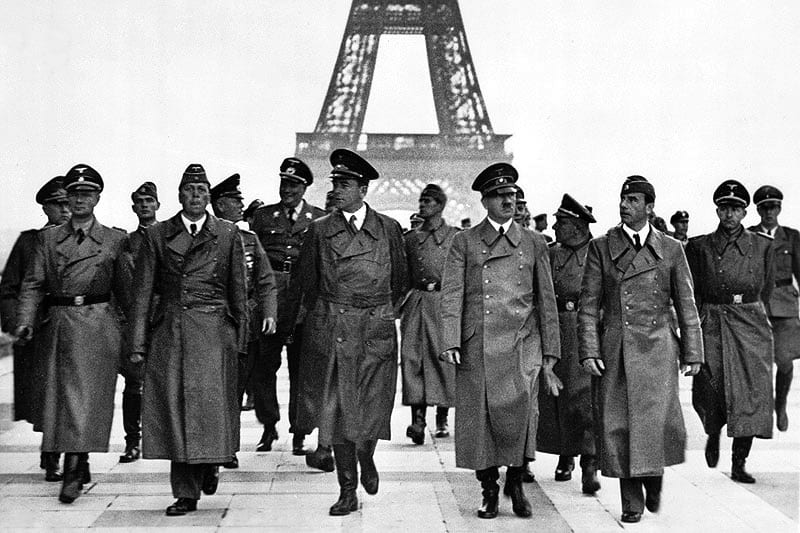 French vines are not only cultivated, they are also impressively resilient. The history of Europe is one of conflict and invasion. France, playing the role of both invader and invaded, has many a time faced conflict on its mainland.

The Franco-Prussian war was the most recent example of the French vineyards trampled upon by swaths of soldiers, nearly crippling the wine industry in Burgundy. This, however, was not the worst that French wine would have to face.

During World War II, bringing the invasion of the Germans and nazi occupation, French wine was ransacked and plundered. French wine makers were forced to find ways to protect their greatest treasure from the dominating hands of the Nazis.

The Nazis demanded that only the best wine be handed over. Using false labels, funky book keeping and hundreds of hidden cellars, the French were able to hide their best wines from the occupiers. Another form of the French resistance. 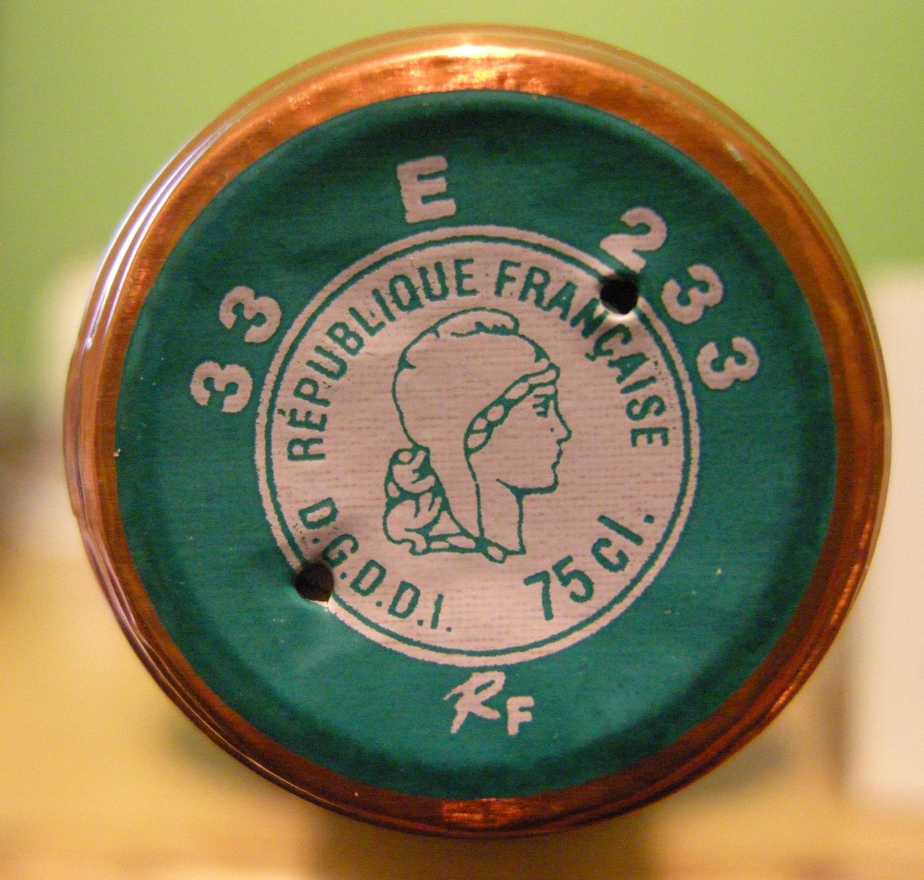 The top of a wine bottle – Courtesy of Wikimedia Commons

Coming from the United States, I was amazed at the quality of wine you could find with incredibly cheap price tags. The price of the wine is not indicative of the quality.

Wines are expensive for three reasons.

Depending upon factors such as the yield of certain grapes or the materials used in the precess, certain wines cost more to make, thus making them more expensive to buy.

Some wines are expensive because they come from vineyards with a rich history and good reputation.

Sometimes this is the case, but not all the time.

How to pick a good bottle of wine 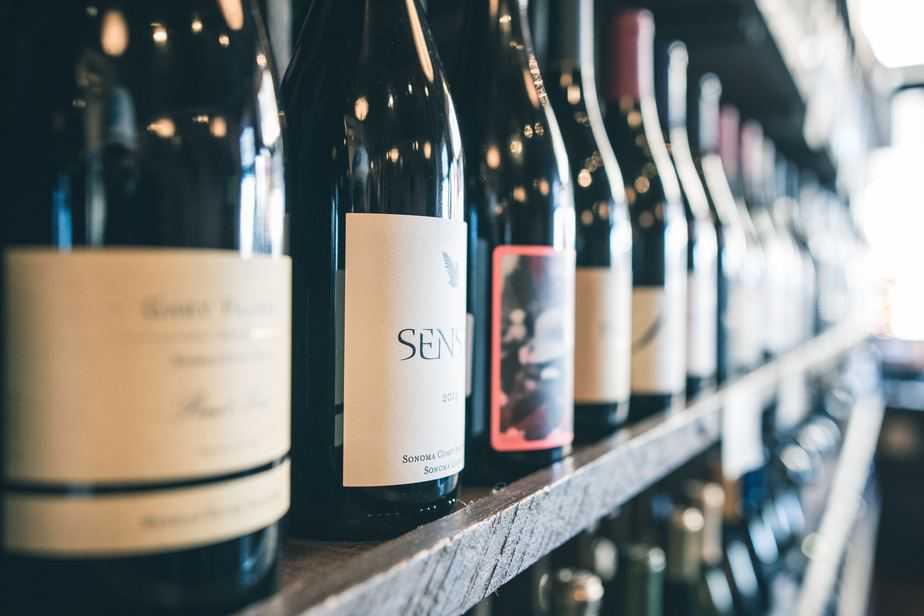 Photo by Scott Warman on Unsplash

The simple act of choosing a single wine out of the shelves and shelves of bottles can prove overwhelming. There is no one way to assure that you will pick the best wine without trying it first, but there are a few hints.

Récoltant or just a simple “R” is a good way to start. Bottles of wine that are marked with an “R” on the top mean that the wine was bottled, cultivated and fermented by the same person.

Tops of the wine bottles are either green, blue or red. Green means that the wine has been made in a specific way in accordance to the guidelines of the wine’s region.

Blue tops mark that the wine is Vins de Pays (Wine of the Country), generally associated with being a less expensive, more common place wine.

Red tops mean that the wine has not been made in any specific way.

Obviously wine is subjective, and you may prefer a Vins de Pays over a regionally specific wine, but, if you are a novice, keep your eye out for green tops marked with “R”. The fool-proof way is to try all the wines.

Where to drink wine in Paris 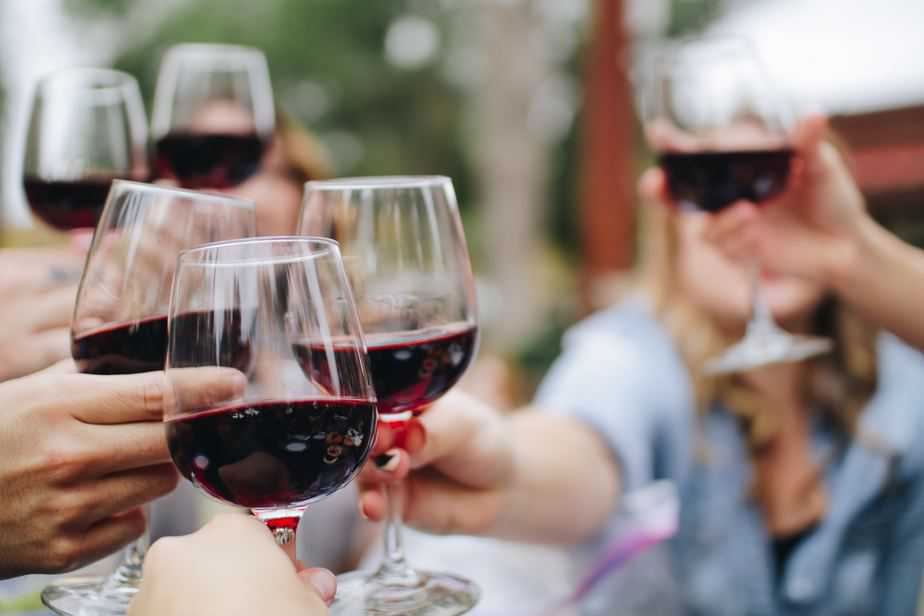 Photo by Kelsey Knight on Unsplash

In France it is legal to drink in the streets. The natural beauty of the city gives birth to an unending amount of picturesque spots to sit and sip. During the summer months, the islands and river banks are packed with people drinking wine out of glasses, cups and bottles.

If you prefer a classier setting to enjoy the pounded grape, the Parisian streets are filled with bars that specialize in the very best wines. Often times these bars are in underground caves decorated by empty bottles that once held the life blood of French Culture. 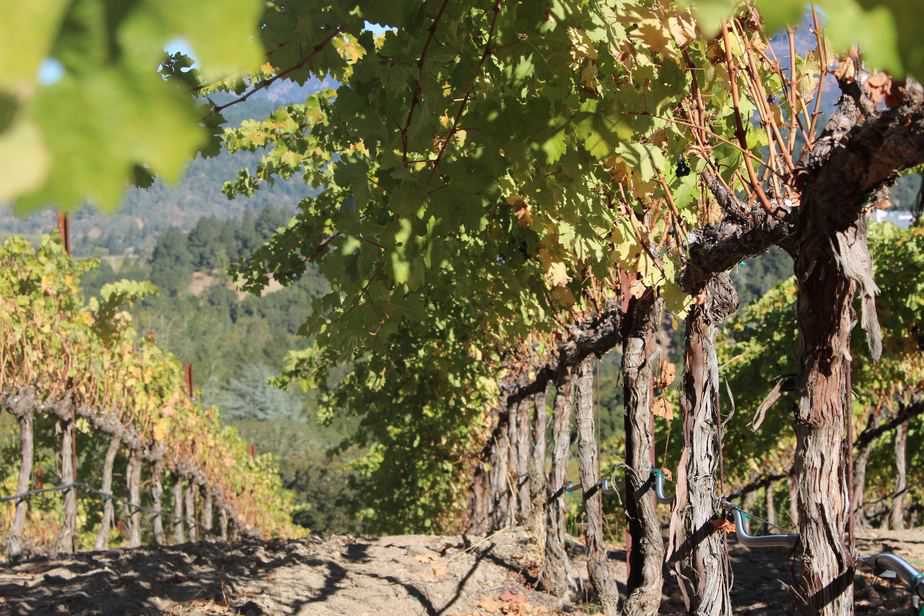 Photo by Bel Ragay on Unsplash

If you find yourself among a sophisticated, wine drinking crowd,  it is quite likely that you will here the term terroir  thrown around. Terroir is a specific term that is often used in a broad sense.

If was the french monks who first discovered the affects of the terroir. Terroir refers to four different wine traits: climate, altitude, tradition and soil. All of these traits come together to create a certain region’s terroir.

Not only do the climate and soil affect the taste of the wine, so too does the altitude in which the vineyard is grown. 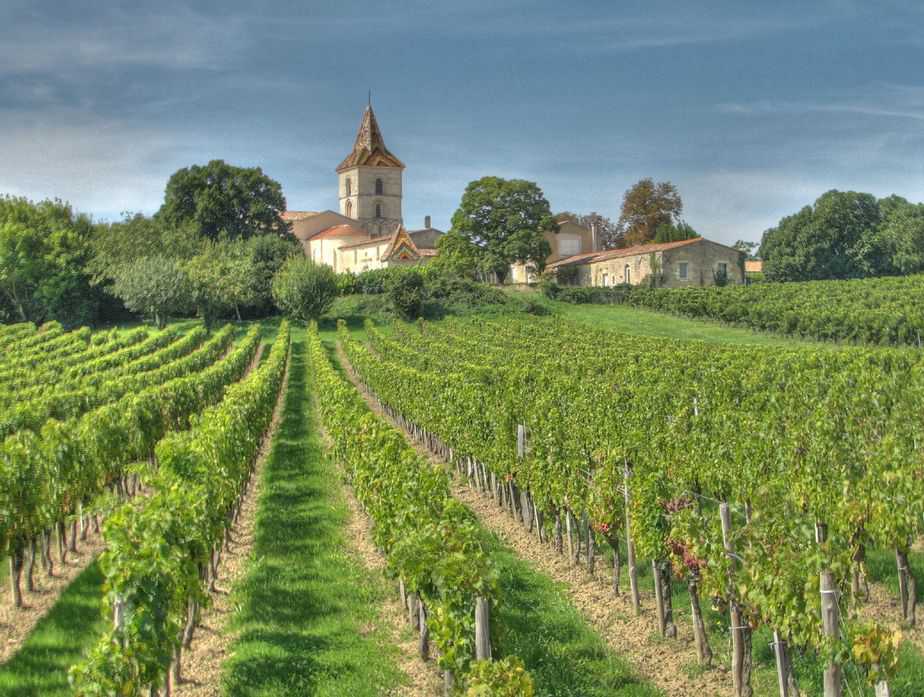 A vineyard in Bordeaux – Courtesy of Wikimedia Commons

At one point in time every region of France cultivated its own wine. While many regions of France still attend to this tradition, some have given up the art. The regions that are left have become some of the world’s most famous wine regions.

Bordeaux is a wine region in the south west of France that specializes in red wine. It is perhaps the most well known region in France.

Alsace is slightly less well known but equally influential.  The Alsace region borders Germany and shares many white wine-making techniques with its neighbor.

Rhône is the oldest wine making region in France. It lies at the southern point of France, basking in its Mediterranean glow.

Champagne is located in the center of France and is (obviously) the home of champagne. The sparkling wine was invented by a  French monk thousands of years ago and still remains the pride of the region.