A Guide To Michelin Restaurants In Paris 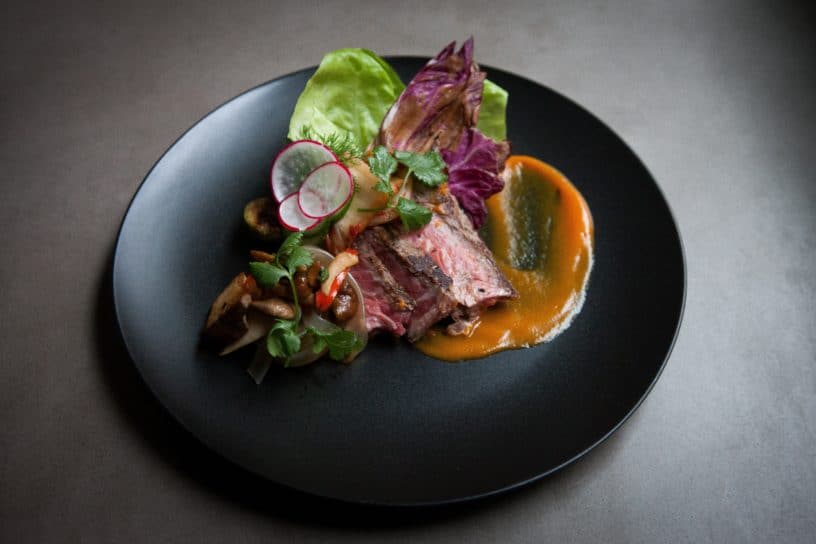 Photo by Jesson Mata on Unsplash 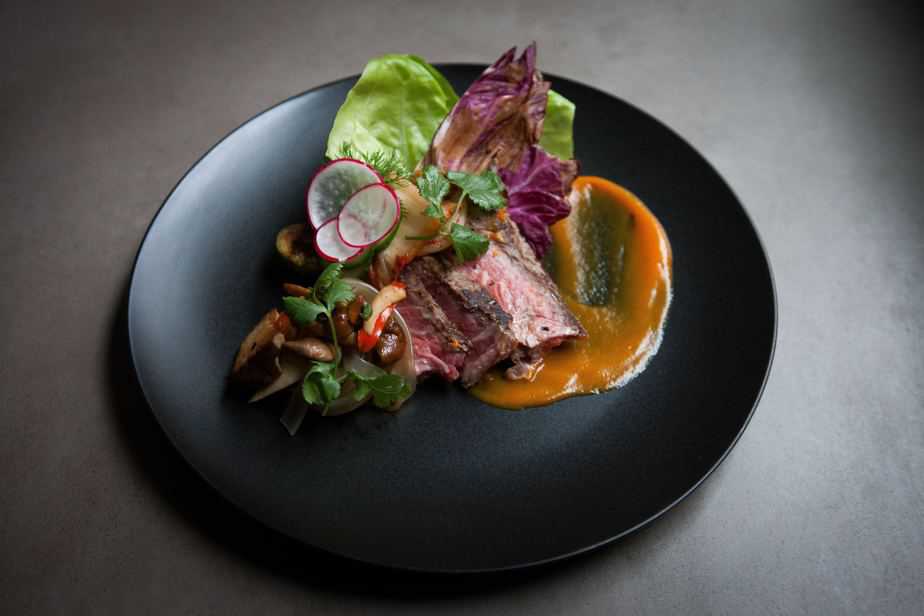 What exactly is the Michelin guide?

If you have been living under a rock, here is a little recap on what exactly is this little book and why French people give it so much credit.

The Michelin Guide, often referred to as the Red Guide, was launched at the beginning of the twentieth century by the tire company Michelin. Each year, around winter time, a new one is published and each year different restaurants and hotels are reviewed according to the guide’s criteria. A place can be awarded up to three Michelin stars. If getting one star is already something big for a restaurant or a hotel, now imagine the level of excellence that you need to acquire so as to get three stars! If getting a star is often a synonym of success, the loss of one, on the other hand, can have catastrophic effects.

Who are the inspectors of the Michelin guide?

According to the professionals, it is absolutely impossible to recognize them. In order to be as objective as possible, several inspectors are sent to the same restaurant to make their personal review of the place. It is afterward that they decide whether or not the place deserves a star (or several). Those people often come from the restaurant industry and possess many years of experience.

What are the Michelin guide’s criteria?

Here are some of the criteria expected by the guide :

–    The quality freshness and authenticity of the products

–    The originality and personality of the chef in his dishes

–    The clarity of the menu and its coherence

Now that you have gotten to know a bit more about the Michelin guide, why not try one? Wait a minute, I know what you are thinking. You must be telling yourself that it is impossible to eat in a Michelin restaurant unless your name is Bill Gates and that there are 12 numbers on your bank account. Well, don’t go just yet. In this article, you will find a personal selection of Parisien Michelin restaurants ranked from the cheapest to the most expansive ones every time. No need to thank me, just enjoy! 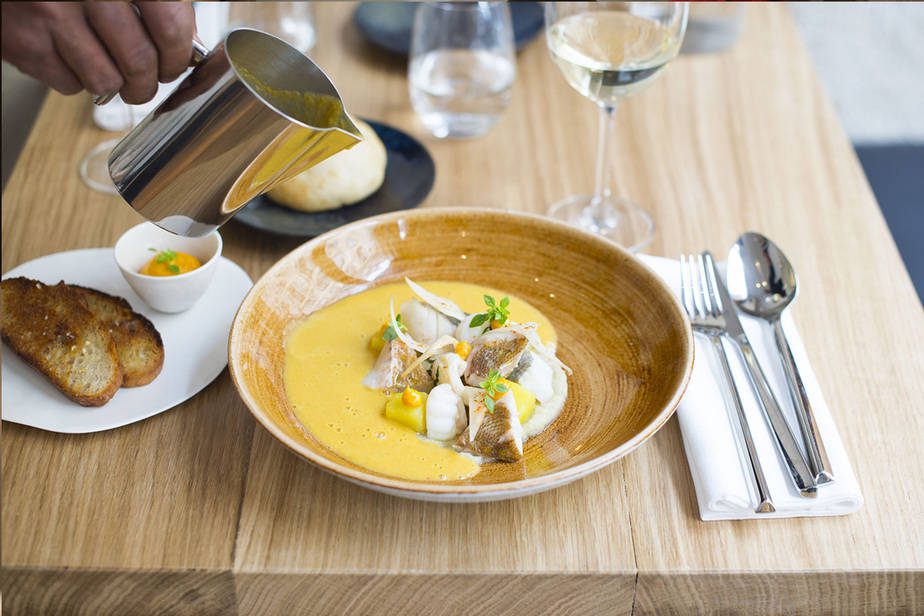 The restaurant’s chef, Julia Sedefdjian, is the youngest female chef to have ever been awarded a Michelin star (she was 21). For that reason alone you need to go to Baieta (kiss in Nice dialect). Also, the price of a lunch menu composed of one starter and a main course is only 29 euros. As a starter you will have a beef carpaccio with some capers and stewed tomatoes. A for the main course, it is a roasted salmon pad, zuchinni mashed with sorrel and butter dressing. (The composition of the menu may vary over time, make sure to check online prior to your reservation or you can also let yourself be caught by surprise).

Her signature dish is the bouillabaeita, a personal interpretation of the “bouillabaisse”, a French fish stew. 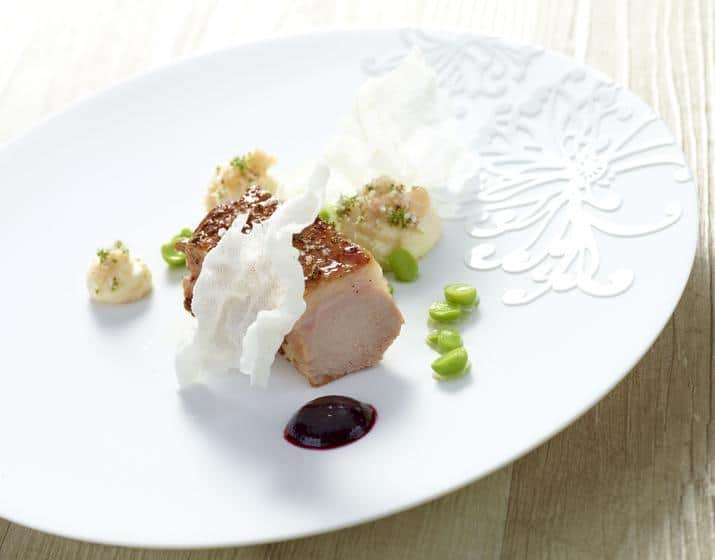 It is located near the Rodin Museum and it will give you the possibility to taste traditional French cuisine. The chef, Gaël Orieux, is passionate about diving and is an advocate of healthier and more sustainable fishing. His style of cooking is sophisticated and especially iodized. You will also find a lot of meat on his menu as the chef is a fan of the land-sea marriage. As an example, one of his dishes is a foie gras poached in a shrimp consommé flavored with lemongrass and galangal.

If you have a sweet tooth, make sure to taste one of his specialty, the chocolate soufflé with honey ice cream (this dessert is however not on the lunch menu). 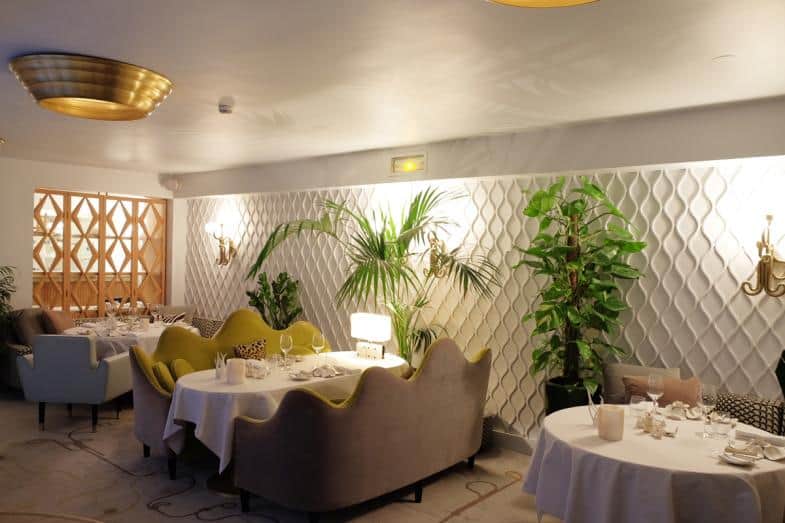 The gourmet restaurant Sylvestre is located on the first floor of the Thoumieux hotel. It is led by the chef Sylvestre Wahid who has been trained, among others, by the chef Thierry Marx.

There are three different menus, each one having its own thematic: one on plants the other on minerals and the last one related to the river. The style of cooking is very fresh and technical. Before anything else, each menu starts with a Thai broth that you can season with four different types of salt. Among other dishes, you will discover some sea bass with shrimps and shellfishes, some lamb cooked with figs and eggplants as well as eggs with celery and truffles.

Finally, there are only around 20 covers in the restaurant, which gives it a very intimate and cozy atmosphere. 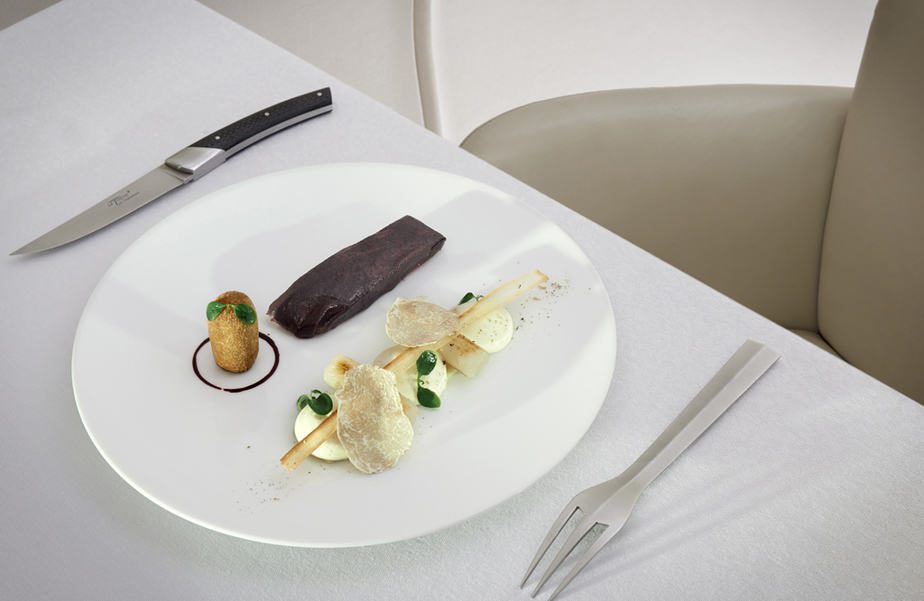 Sur Mesure is the restaurant of the Parisien palace Mandarin Oriental. The walls and ceiling are painted in white which gives the restaurant a very haute couture and intimate atmosphere. The chef of the restaurant, Thierry Marx, is one of the most celebrated chefs in France. He has a very creative modern and innovative cooking. Most importantly, he is behind the creation of a cooking training center that allows people in precarious situations to be trained for free.

The weekday lunch features 4 to 6 courses while dinners and weekend lunch offers a 6-course tasting menu. Both combine classics from the chef’s repertoire along with new dishes. On the menu, you will find some red lobster and foie gras alongside an onion soup and a Miyazaki soft charred beef. For dessert, you will find a crystallized sugar pear with nougat ice cream. Not to mention that the restaurant’s wine waiter, David Biraud, has been awarded best European wine waiter in 2014.

As “sur mesure” means made to measure, chances are that you will find what you are looking for when going to this restaurant. 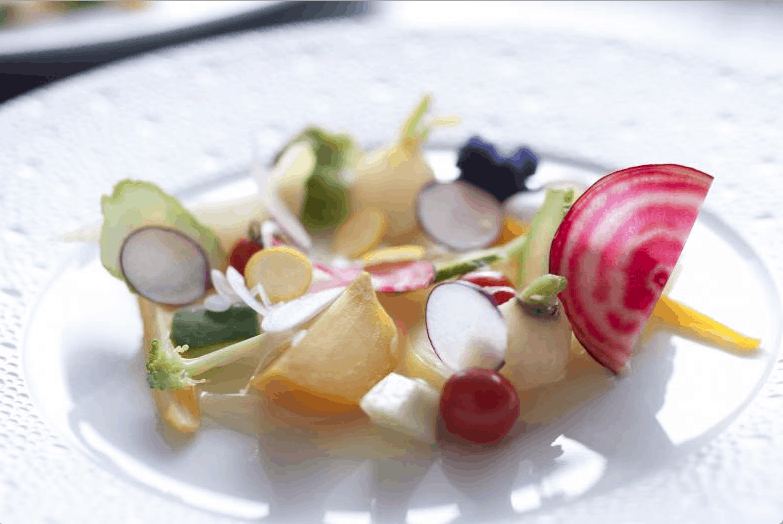 This is the restaurant of the renowned and instigator French chef Alain Passard. He was one of the first chefs, back in 2001 to remove meat from his menu. Even though the meat has since been brought back, his love for vegetables, however, has not fainted. You could very well come upon a trompe l’œil that might seem like a plate of steak tartare  a trompe l’oeil of chopped and mayonnaise beetroot topped with a circle of horseradish cream and a coin of carrot to look like a poached egg

One particularity of  L’ Arpège is that dishes can be variable with different plates every day. Adapting, reinventing, this style of cooking respects the seasonality, The chef owns kitchen gardens in various regions of western France and everyday products are picked and sent by TGV to Paris. If it shows dedication for the freshness of products it also explains the price of the Gardener’s menu, €175 in the evening a 12-course tasting menu costs almost €400. 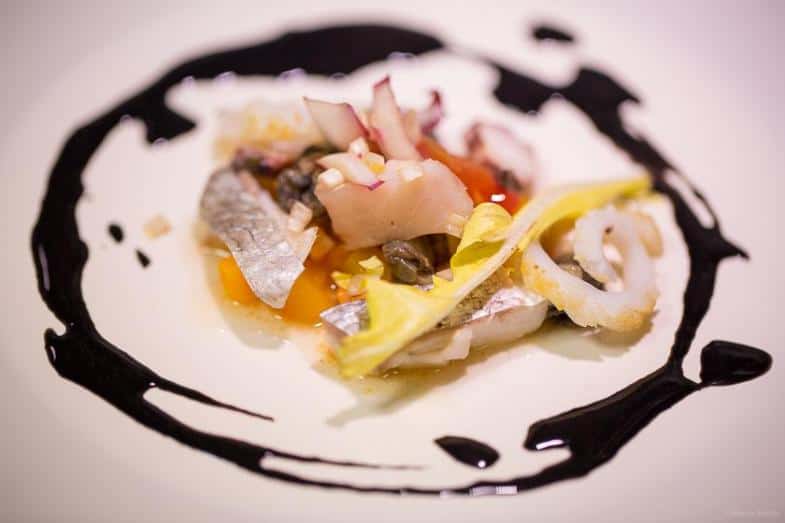 This Parisian restaurant is situated in the Balzac hotel just off the Champs Elysée. The chef who gave his name to the place has been given the title of “best chef of the world” in 2015. He started his culinary career at the age of fourteen and has had among other experiences a summer internship with no other chef than Paul Bocuse himself. Pierre Gagnaire has now a small empire of restaurants in Tokyo, Dubai, Seoul, Hong Kong, Moscow, and Las Vegas, as well as part ownership of the restaurant Sketch in London.

When you go to Pierre Gagnaire, each part of your menu, from the first course to the desert, will be divided into different types of plates. In the spring menu, for example, you will find some white and green asparagus served with fresh morels minced with soft curry. Also, some Turbot with cider, radish, broad bean, peas and Cantal entre-deux (a very good French cheese).

Last but not least, let’s not forget that Pierre Gagnaire started his career with a qualification as a pastry chef. Indeed, the specialty of his three Michelin stars restaurant is the Great Desert. It offers a variation of nine plates inspired by traditional French baking. A must see!

There is only one more thing to say: bon appetit!