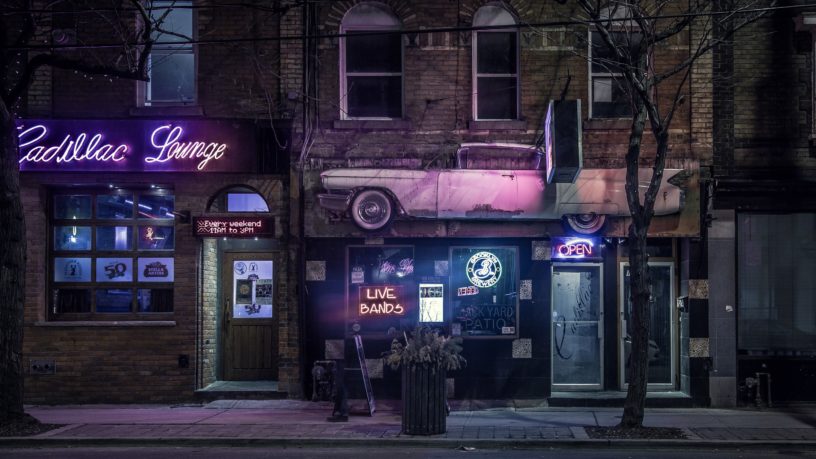 Only those who have previously visited Paris will understand just how much this city comes to life once the sun goes down.

All across the city we find hotspots for nightlife and entertainment. The diverse nature of each of Paris’ arrondissements make every nightlife hub equally as unique. The bottom line being that there is something for every taste, every budget, everyone… you just have to know where to go.

The Latin Quarter is on Paris’ Left Bank, right on the edge of the Seine River.

It’s a very old part of the city; one where historic cafes live on, having been established in times long before Picasso or Hemingway even took to Paris’ nightlife scene. 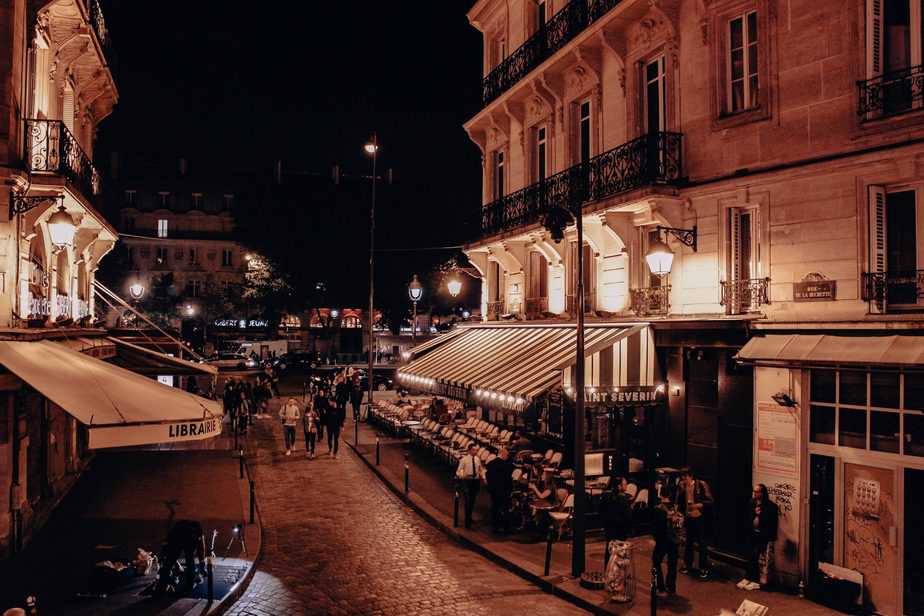 More mature folk will enjoy the street-side dining and ambient eateries, while students revel in the bars and pubs that line the streets offering cheap beer and tequila. The Latin Quarter has been a student-oriented district since back when Latin itself was the spoken language of this land.

Click here for more information on the best bars in the Latin Quarter.

Moving just across the Seine water onto the Right Bank, le Marais is considered to be one of Paris’ most trendy and exciting districts.

Known as the queer quarter, le Marais caters to a variety of partygoers but mostly under the LGBTQ+ umbrella. Gay clubs, lesbian bars and queer-friendly cafes are found in abundance, all guaranteed to be some of the wildest nights out available in Europe. 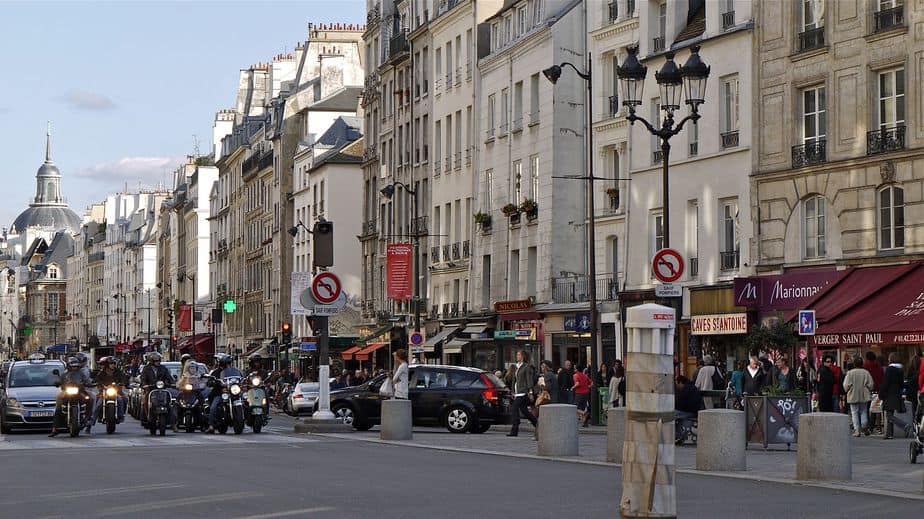 Aside from this, le Marais is also a hub for Paris’ most fashionable crowds. They roam the streets hopping from cafe to cafe, sipping fine French wines and chatting trends, politics and feminism until the early hours of each morning.

Pigalle is a district in the far north of Paris; it sits at the foot of the Montmartre hill.

Pigalle was once the city’s official Red Light District, and the remnants of these times are still very much alive in this area. Think of Pigalle as one long strip of bars, restaurants and theaters.

Peep shows rule the district once it’s dark enough to keep attendees somewhat anonymous, and you’ll find an undeniable element of risqué in just a about every establishment on the main road. 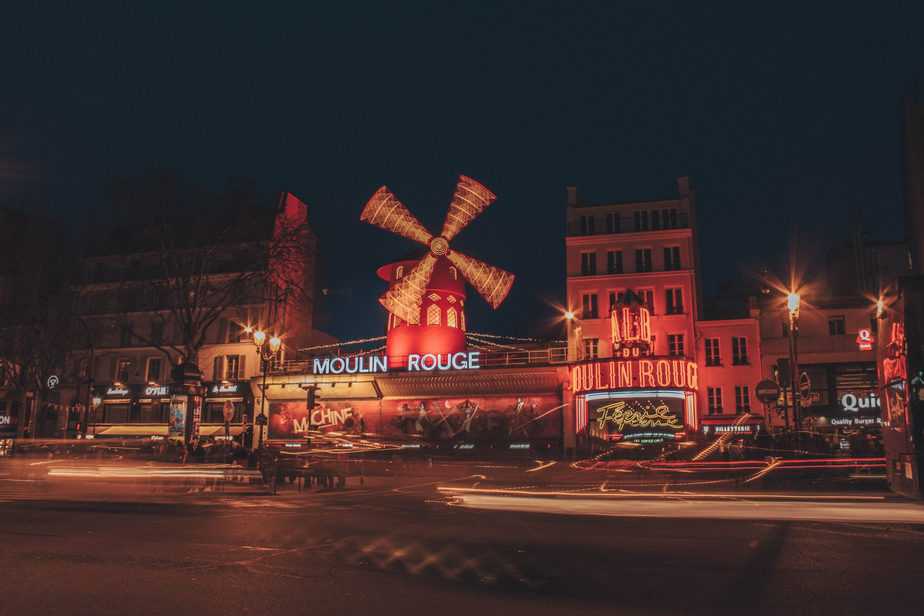 This is what makes Pigalle, Pigalle! Once a district where one’s inhibitions could be thrown into the wind, people still love coming here as a sheer form of escapism and wild fun.

This is also the home to Paris’ infamous Moulin Rouge cabaret venue. If this is an attraction you intend to check out while in the French capital, it’s likely you’ll venture through Pigalle either before or after your show… or both!

Click here for more information on the best bars in Pigalle

Belleville is our nightlife district of the far east. This was famously the district in which the beloved Edith Piaf grew up, and here memory is still very much preserved by the people here today.

Belleville’s nightlife scene is similar to Pigalle’s in that everything seems to take place on one main strip. In Belleville, affordability is the order of the day and you won’t find any overpriced alcohol or food. 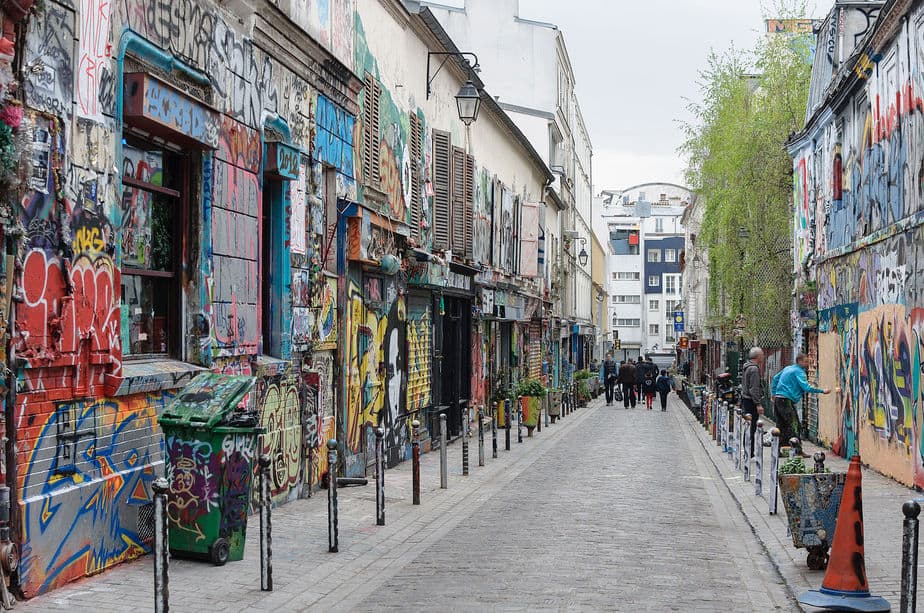 Belleville likes to keep it real. The nightlife makes much use of the sidewalks, and as nights get older will move into grimy dive bars and live music venues nearby. This is a very artistic part of Paris so don’t be overwhelmed if you feel like the least hip person in the world while here.

Bastille was late to the nightlife table in Paris, having only become a truly worthwhile place to party during the late 90s.

It quickly adopted entertainment options of all kinds, making it a place where everyone can go for some fun after dark. Whether you’re into live bands, jazz bars, techno clubs, Latino dance venues, or even funk parties, it’s available across the Bastille district.

This is a club-goers hotspot; a neighborhood where you can hop between venues quite easily on foot. In the summer it’s hot and sticky, and in the winter it’s refuge from the cold city streets. 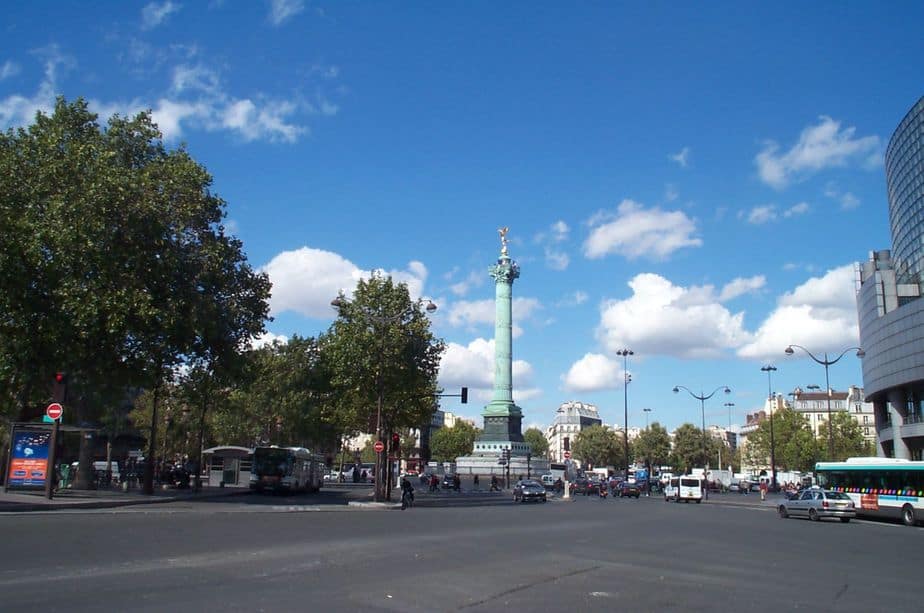 The Bastille also has a thriving LGBTQ+ scene with queer bars and a few clubs. While these will identify themselves with the flags displayed proudly at the entrances, all nightlife venues in Bastille make an effort to be safe and open to everyone.

Oberkampf is like an extension of the Bastille; they are both part of the 11th arrondissement, and are within walking distance of one another.

When things get too wild in the Bastille, people will venture to Oberkampf for more controlled bars and clubs. Similarly, some people choose to start their nights out in Oberkampf where things are considerably calmer, and then make their way into the Bastille to carry them through until four in the morning. 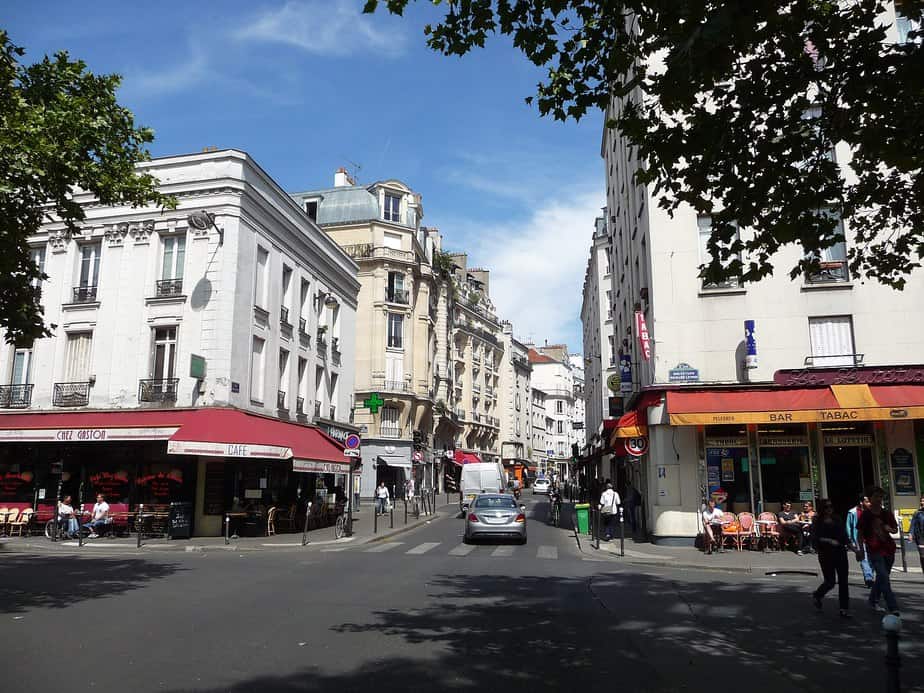 Rue Oberkampf offers fabulous happy hours all along the street every evening between 6pm and 9pm.

Click here for more information on the best bars in Oberkampf

The Canal Saint Martin is a district that surprises me every time I visit. It’s comparable to a Pandora’s Box of nightlife; the more you choose to open it the more it seems to hold.

The Canal Saint Martin starts with the the strip that lines the canal itself; a road filled with international cuisines and stylish cafes. Each evening, particularly in the summer, both the banks of the canal and the outdoor seating of these lining establishments are filled to the brim with people just getting started on their nights on the town. 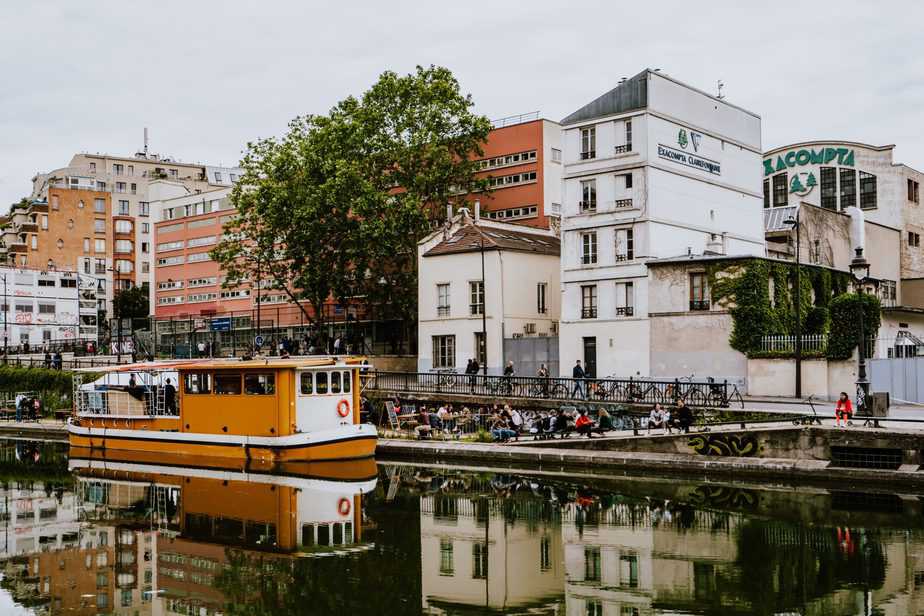 After sundown, they will usually move deeper into the district to the many cafes and bars that line the streets. It’s a very youthful and social part of Paris.

Sorbonne is on the Left Bank, also against the edge of the Seine. This is Paris’ hottest university district, given that this is where Sorbonne University’s main campus is situated.

Like the Latin Quarter, nightlife here is young, cheap and usually centered around pubs and dive bars. Drink specials are the order of every day; two for one drinks, €1 tequilas and half-priced pints of beer make for a cocktail of drunk & disorderly teens. 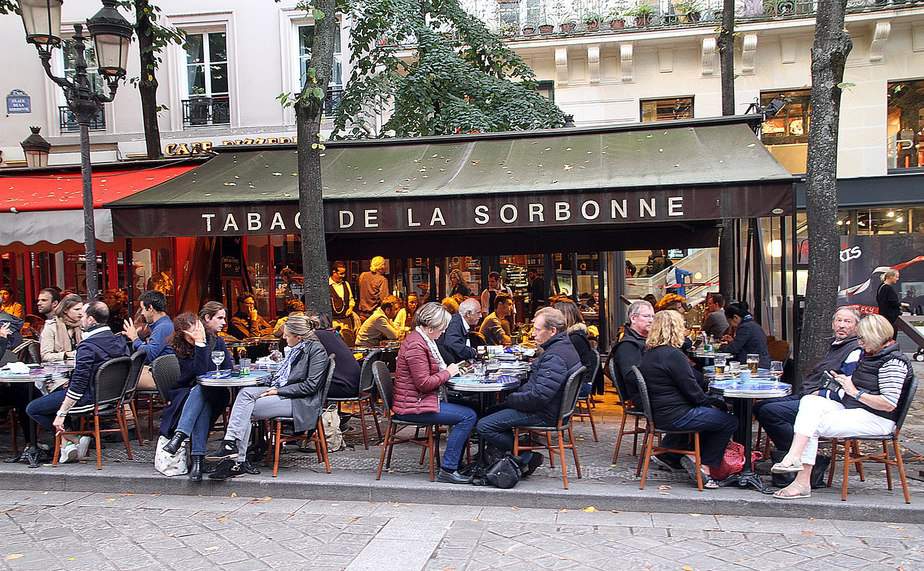 If you’re young, broke and in the mood to get black out drunk, then Sorbonne is the district you probably want to start in. From here you’ll move with the masses through to the greater Latin Quarter and Saint-Germain-des-Prés neighborhoods.

Montmartre is the district on the hill, just above Pigalle. While Pigalle is the sexy, seductive strip of bars and entertainment venues, Montmartre is more of a reserved entity when it comes to nighttime in Paris.

In Montmartre, the nightlife exists within a few isolated cafes that are scattered between the winding streets the escalate up to the summit. For some, drinking in a relaxed cafe until the early hours of the morning screams “Paris!”, so Montmartre does well with intellectual, conversational types who aren’t partial to music so loud they can’t think. 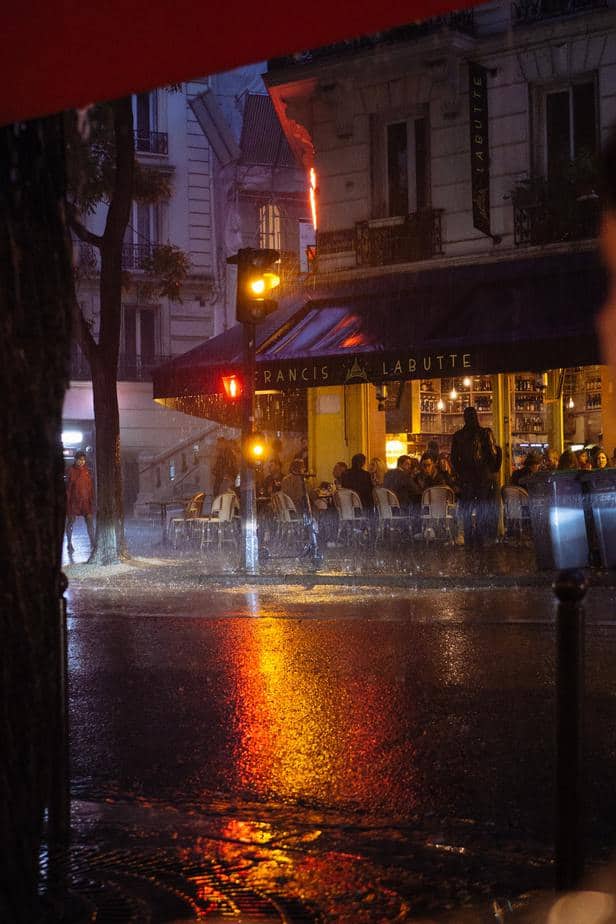 Those willing to delve a little deeper into Montmartre will find some of Paris’ most unusual bar concepts existing peacefully in the district. One of them being a bar designed like the inside of a very small, very intimate hotel room from back in the Bohemian era.

There are also some fabulous cabaret venues in this district. Check out the historic Lapin Agile cabaret. 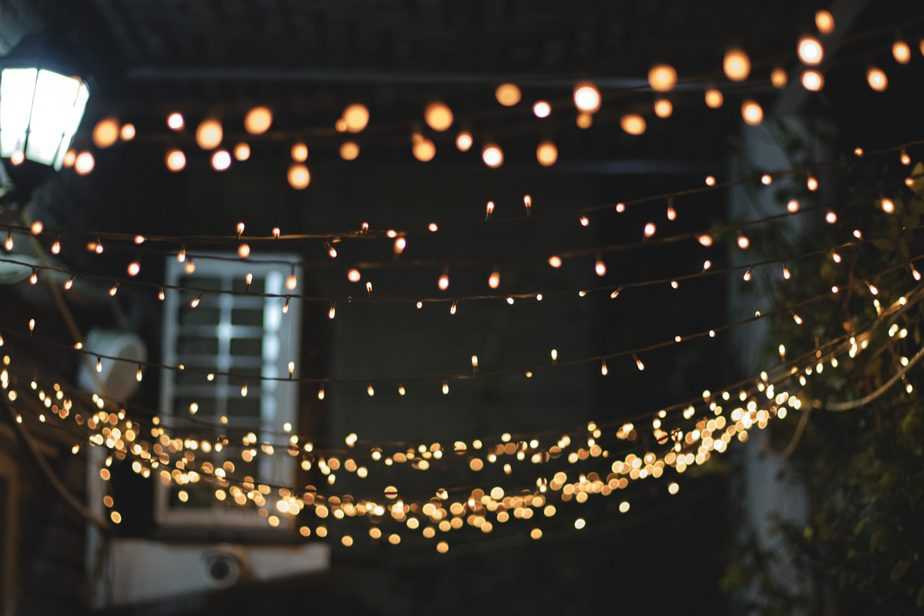 There are fantastic cafes and jazz lounges in this district; most of which the raucous student crowds tend to actively avoid. One can also a variety of Old English pubs in this neighborhood; generally beer is cheap so you’ll encounter a mix of age groups, but good fun and great food nonetheless.