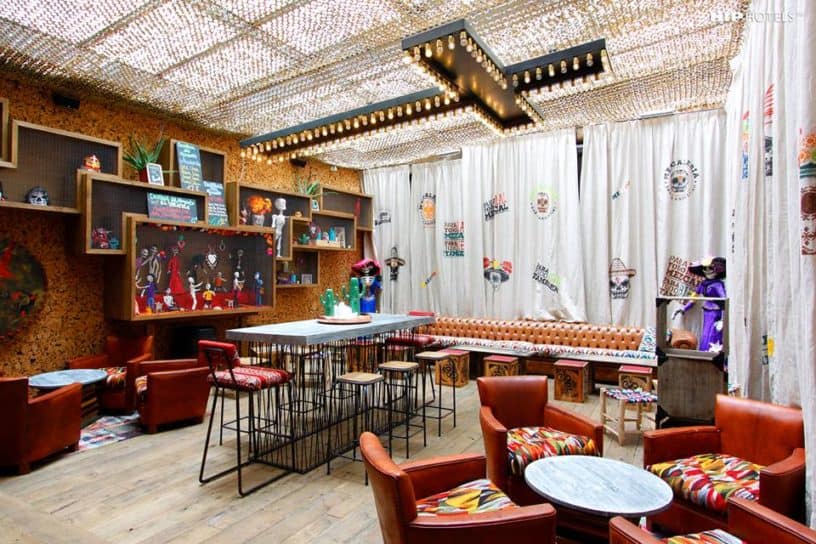 On the Right Bank of the Seine in the 4th arrondissement of Paris is one of the trendiest and most fashionable parts of the city. Le Marais is a neighborhood classed by youth culture while still maintaining a classic French ambiance throughout its streets .

Beautiful would be putting this district mildly. It is a place that is only properly understood once you’ve walked through the streets and soaked in the electric energy. 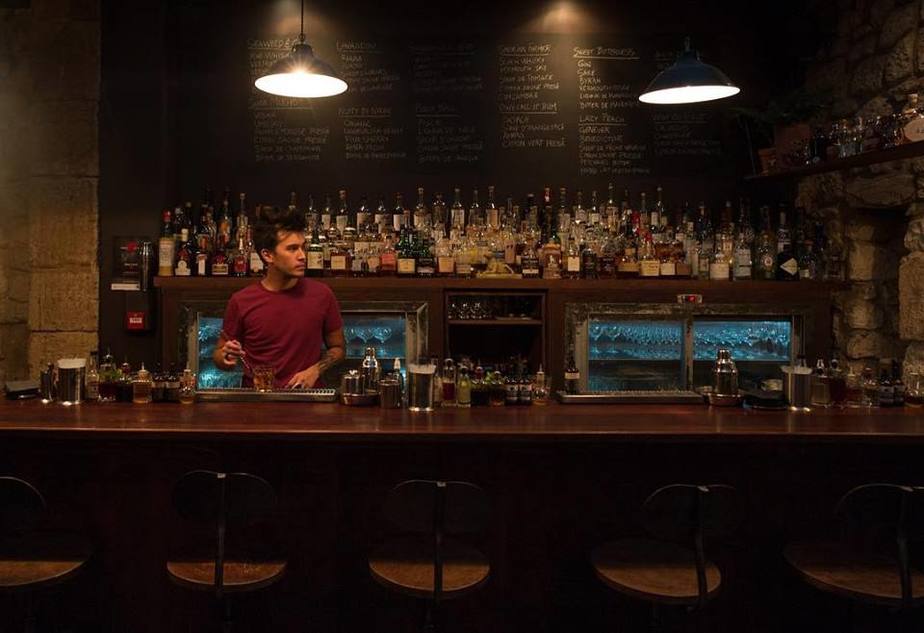 Throughout Le Marais you’ll find vibrant restaurants, eclectic thrift stores, beautiful bookshops and more patisseries than you can count. Social spaces are abundant in this district too and bar culture reigns supreme, though there are full sized clubs here and there if you really need one.

While bar hopping is most recommended in this part of town, purely because there is so much to see, there are a few places you can head directly for a guaranteed good night out. Here are the top five!

A short walk from the Arts et Metiers metro stop is a bar that has been on the list of top 100 bars in Paris for quite sometime.

Andy Wahloo is a pop art themed bar that channels the artist Andy Warhol through an interesting combination of bar meets Moroccan village. The word wahloo is Arabic for ‘I have nothing’. 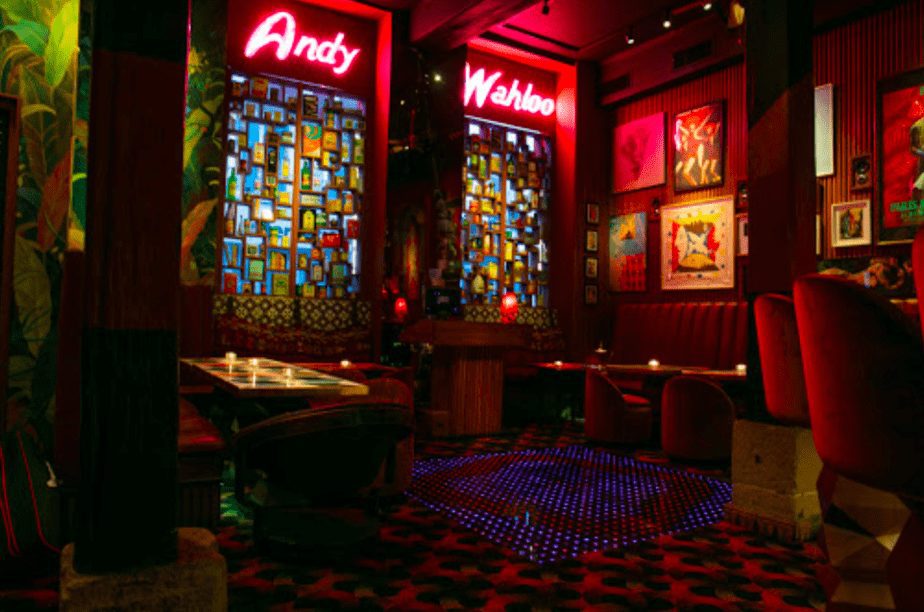 The bar is owned by the Mazouz brothers who have been at the forefront of many successful bars around the city of Paris in the past. They have hospitality and entertainment down; every night here is a guaranteed memorable one.

The interior decor is comprised of a collection of furniture and ornaments from Moroccan homes in the 70s. During the day you can visit the bar for Moroccan mint tea and a selection of tapas style dishes.

Note: Andy Wahloo is closed on Sundays and Mondays. 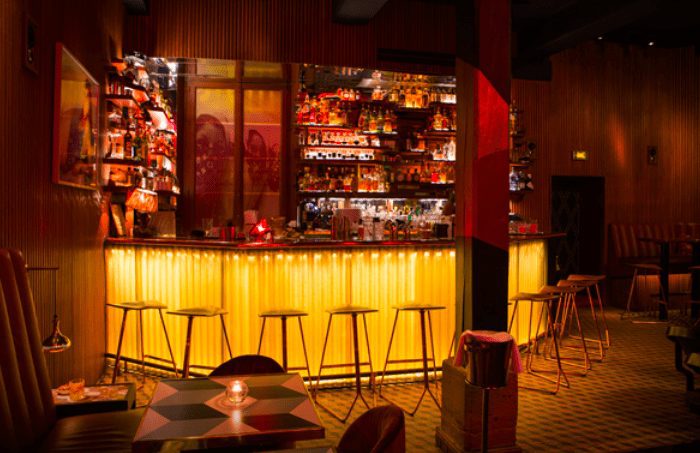 On the block directly to the left of the Place des Vosges is one of the tiniest bars in all of Paris.

Referred to as “the micro-bar”, le Piment Cafe opens seven days a week from 3pm until 2am. Inside the dimly lit nook you’ll enjoy ridiculous drink specials starting as low as €3 for a pint of beer — virtually unheard of in the city of Paris. 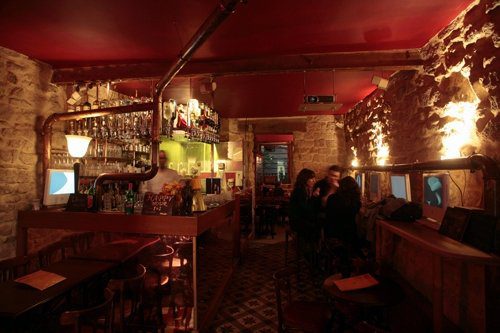 Specials begin at 6pm and end at 9pm. Clientele are as unpretentious as they come, which is a perk considering the nature of this part of town.

As an alternative concept attempt, le Piment Cafe has a few computers inside the bar space that are available for hire. The idea is that people are able to make use of these facilities after work, allowing them to attend to business while still being able to socialize.

Open everyday except for Mondays, La Mezcaleria can be accessed via a two minute walk from the Oberkampf metro stop.

It was actually the name of this bar that caused me to venture here in the first place. Mezcal is an alcoholic spirit produced only in the rural villages of Oaxaca in Mexico. It is compatible to a smokey tequila, although it is produced under the ground while tequila is produced above. 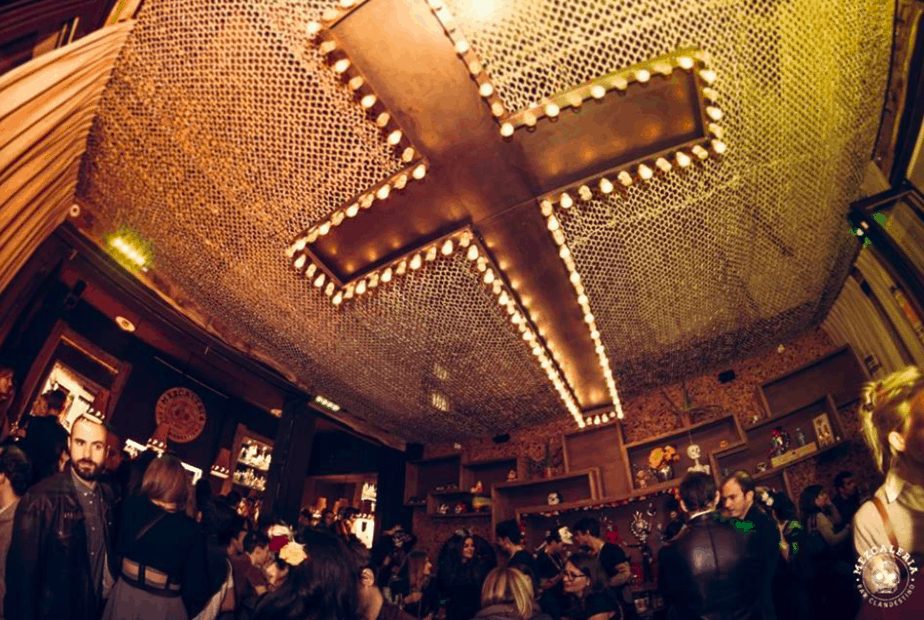 Mezcal is delicious but hard to come by in Europe; only a few select bars will take the trouble to import the authentic drink.

This little bar embraces all things Mexican, even the decor consists of shrine-like pieces and a giant lit cross spans across the ceiling. It’s a great spot to start your evening out in Le Marais and is within walking distance of other venues that can take your night late into the night.

If you plan to visit the Place de la République in this neighborhood then you can take a free guided walking tour past La Mezcaleria up through the main streets of Le Marais.

La Perle is one of the best known bars in Paris thanks to fashion designer, John Galliano’s infamous public rant of 2011t that took place here.

By day this is a traditional French bistro that opens its doors from 6am fully ready to cater to all meals of the day. As the evening descends on Paris the ambiance of this bistro takes a turn and the nightlife begins. 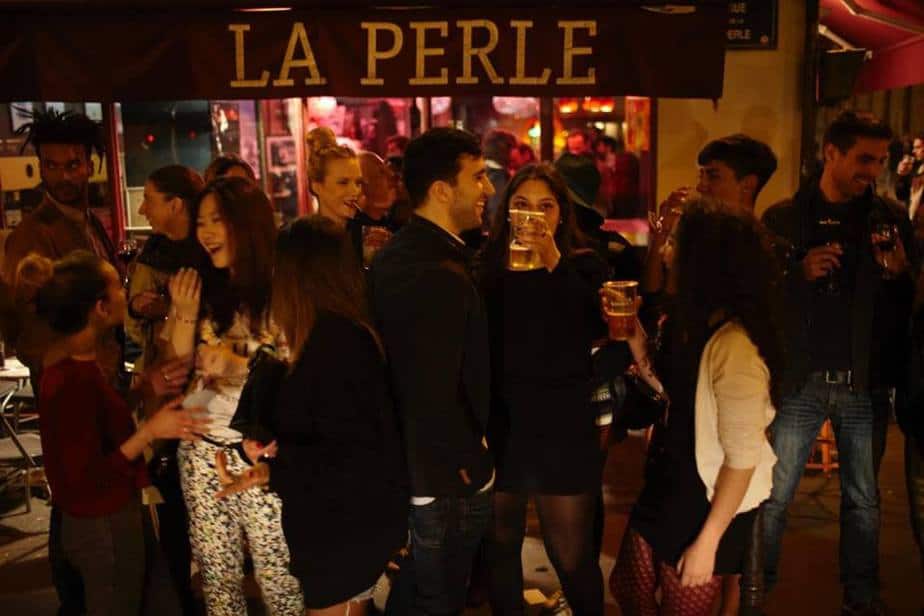 La Perle – by La Perle – Sourced from their website

You can get here early if you’d like to sit amongst the crowds of people who flock here every evening for their afterwork drinks. Otherwise embrace the sidewalk and hang around with the rest of the visitors.

Since it’s open virtually all day, La Perle is an easily accessible point from any sightseeing you may have been doing around the Le Marais neighborhood. The Picasso Museum is one block away.

Sherry Butt is the bar where the youthful nature of Saint-Germain meets the hipster vibe of Bastille. They come together in the central point of Le Marais on a quiet little street known mostly only to locals.

The interior of the bar is inspired by New York City. The space is dimly lit and features leather couches and mirrors in order to create space. 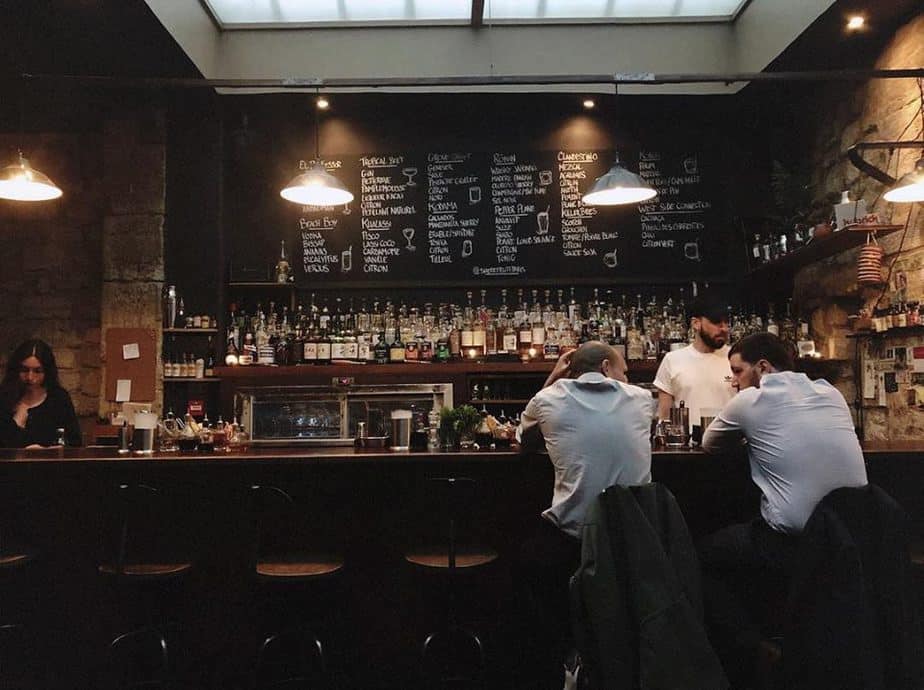 It’s tempting to classify Sherry Butt as a traditional whiskey bar, although this would not be entirely accurate. The service here is very focused on the creation of artisanal cocktails mixed by professionals while you watch.

Sherry Butt only opens to the public around 8pm every evening, you might want to go for dinner before to kill some time. Le Temps des Cerises is one block down toward the Seine river. It’s a French restaurant but it has a similar ambiance to Sherry Butt.