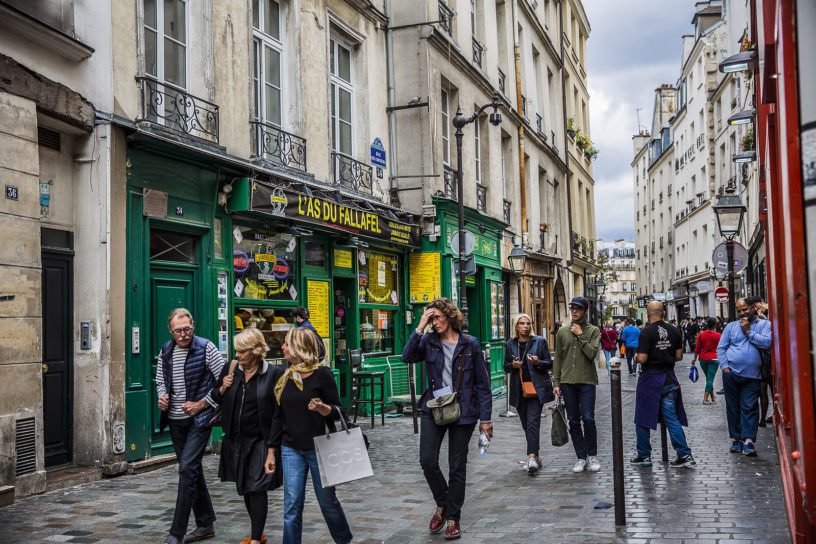 Paris’ most iconic Jewish neighborhood is nestled in the heart of one of the trendiest, moist popular districts: le Marais.

A small cluster of these streets make up an area known as Pletzl, which is Yiddish for “little place”.

The 4th arrondissement has been the home to Paris’ Jewish community since as far back as the 13th century. As a result, this is the best (and somewhat only) place in the city where one can enjoy good kosher food. The following are a few restaurants, all within walking distance from one another, to look out for. 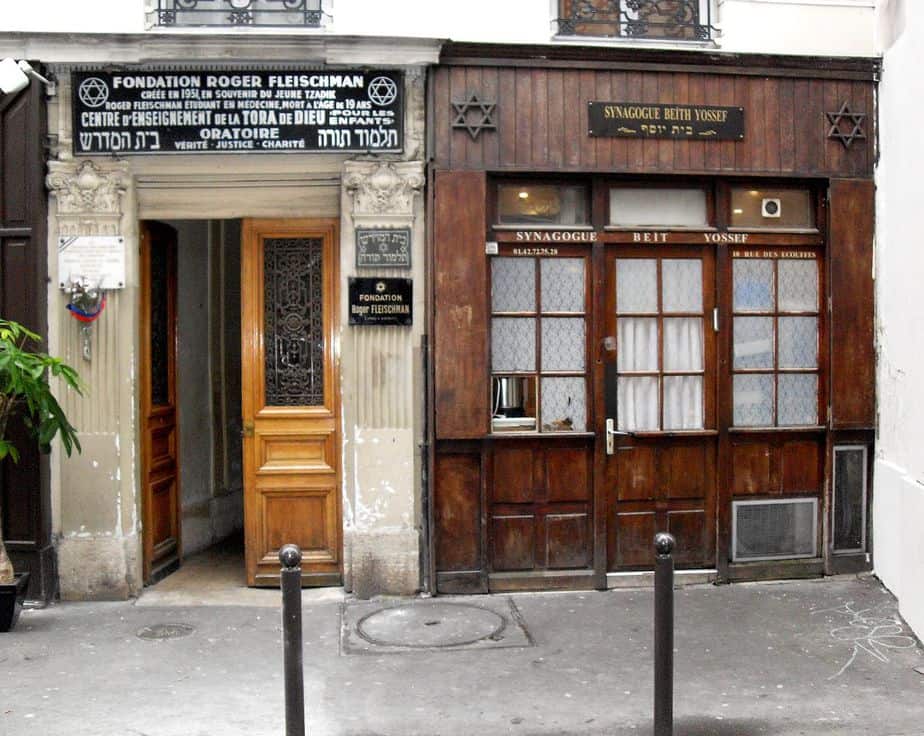 For a real treat, order a slice of the homemade pecan nut pie, just as your Jewish aunt would make it. Everything in the establishment is kosher certified and the restaurant itself is laid out in a 1950s American diner theme. 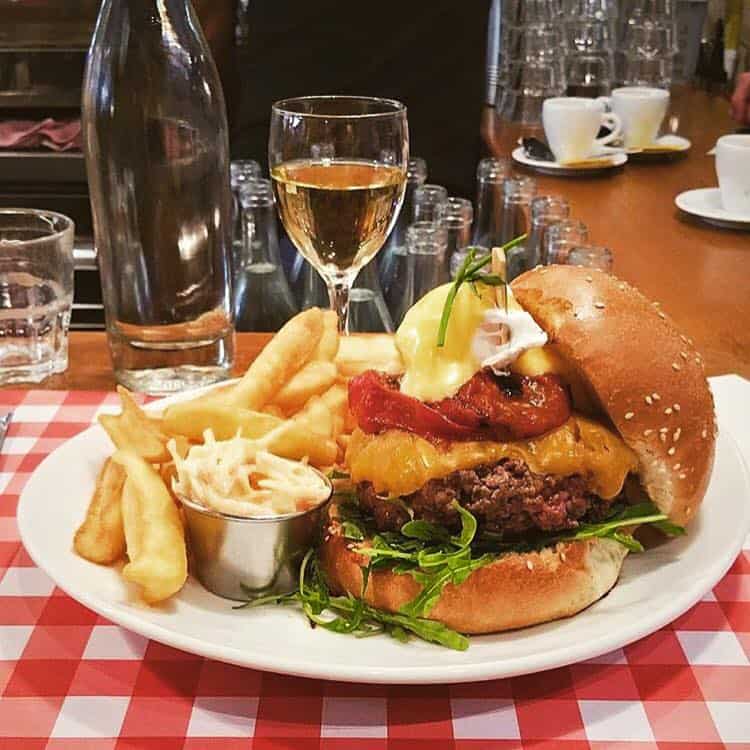 In terms of quality to quantity to price ratio, Schwartz’s menu is endlessly impressive. They have a long list of regular customers who make a point of visiting almost weekly in loyal support of this kosher phenomenon.

Schwartz’s is great for those days when you simply need good old comfort food in Paris.

Blink too fast and you might miss Kosher Pizza completely. This tiny hole-in-the-wall pizzeria is owned and run by a longstanding member of Paris’ Jewish community.

The menu is incredibly simple, the space extremely laid back, and the pizza is actually decent. Provided you like thin crust, that is. 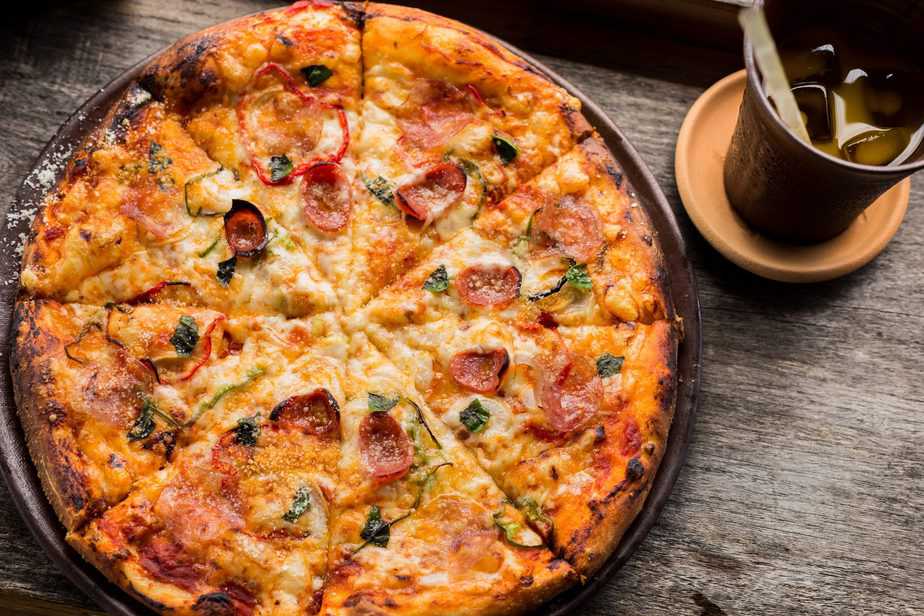 Given that most of the kosher food in le Marias is some variation of falafel or kabab, this restaurant and the one mentioned above give kosher eaters something different to enjoy come meal times.

Kosher Pizza runs off of very spontaneous opening hours. It is usually best to call before heading over — especially on Shabbat.

Miznon is my personal favorite kosher food spot within the Pletzl district of le Marais.

This is traditional Israeli food, all prepared to strict kosher standards at all times. This aside, it is one of the best restaurants in le Marais in my opinion, simply based off of the delicious food and quality service combination. 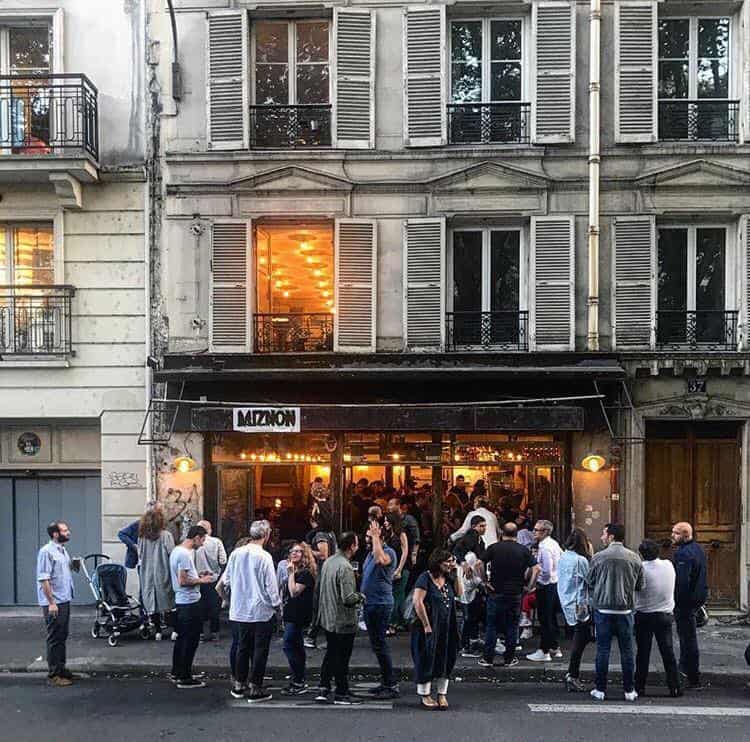 Miznon in le Marais – by Miznon – Sourced from their Facebook

Miznon is great because vegans and meat eaters dine in perfect harmony here; there is something on the menu for everyone. If you’re not up for kebab, take advantage of the extensive vegetable menu as well as their incredible dips. The ratatouille is great, too!

Miznon is authentic to the point of importing Israeli beers to serve on their menu. An immersive dining experience that takes the Israeli culture into consideration throughout.

L’As du Fallafel is a bit of an institution in the Jewish Quarter of le Marais. It’s been here for years, and is one of the neighborhoods biggest tourist attractions. Why? Because some time ago Lenny Kravitz ate here and made it his personal mission to publicly endorse the spot.

Hundreds of falafel lovers flock here daily all hoping to see what the fuss is about. The menu is completely kosher and very basic. Choose from falafel, falafel and more falafel… in a multitude of ways and with an array of toppings. 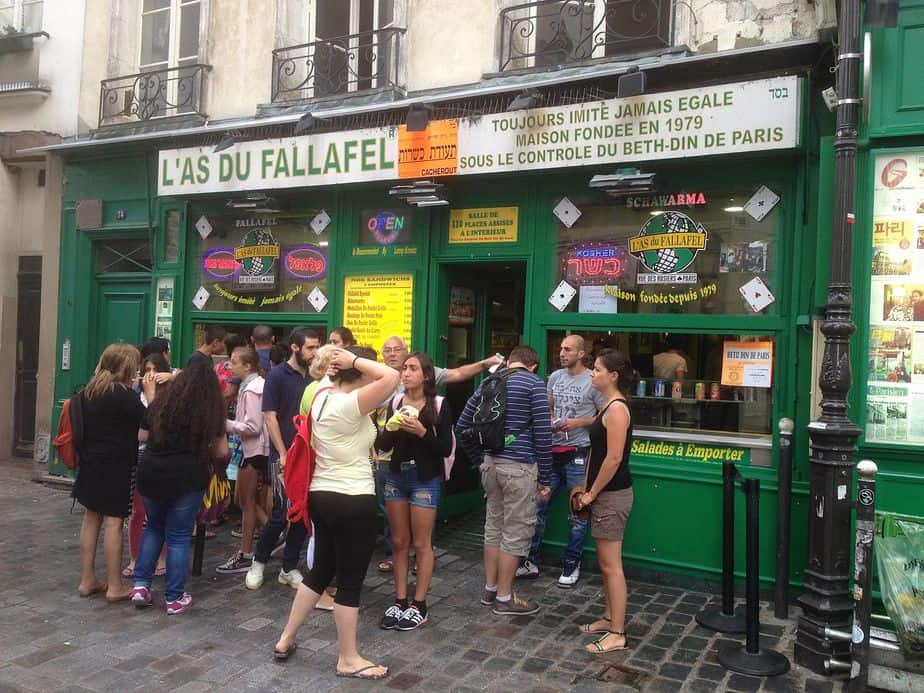 On Saturdays, L’As du Fallafel close for Shabbat. Seemingly obvious though I did learn this the hard way one Saturday after hyping myself up about eating there all day, only to discover chained doors upon arrival.

Something you need to keep in mind while in le Marais is that most of the time the restaurants with the least hype have the best food.

Pitzman might not have been sampled by Lenny Kravitz, but they do make some incredible falafel alongside a full kosher menu. 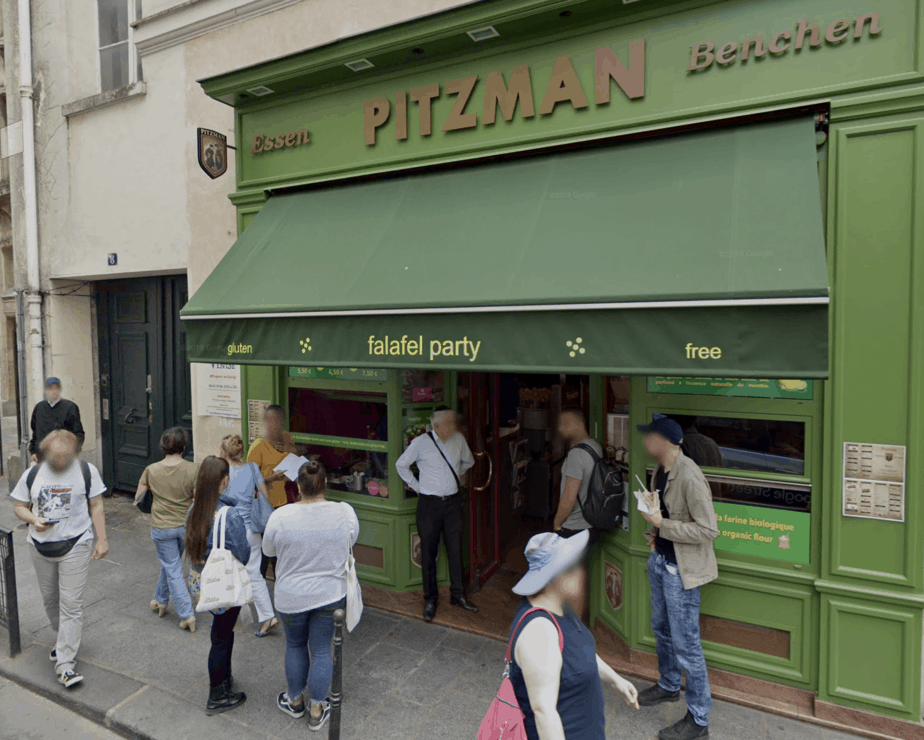 Also closed on Saturdays, Pitzman is a really lovely falafel bar accompanied by a deli and bakery. A one stop shop for kosher treats, if you will.

Their falafel is the main event, but they also do some surprisingly good fish plates and even some kosher pizzas. Take note that Pitzman also do gluten free falafel!

There are some establishments in le Marais that will set the tone for the district from the first time you set out to explore it.

Florence Kahn is on a prominent street corner in the Jewish Quarter. It’s mosaic’d facade is one of Paris’ most recognizable cafes, appearing in many tourist advertisements targeting the area. 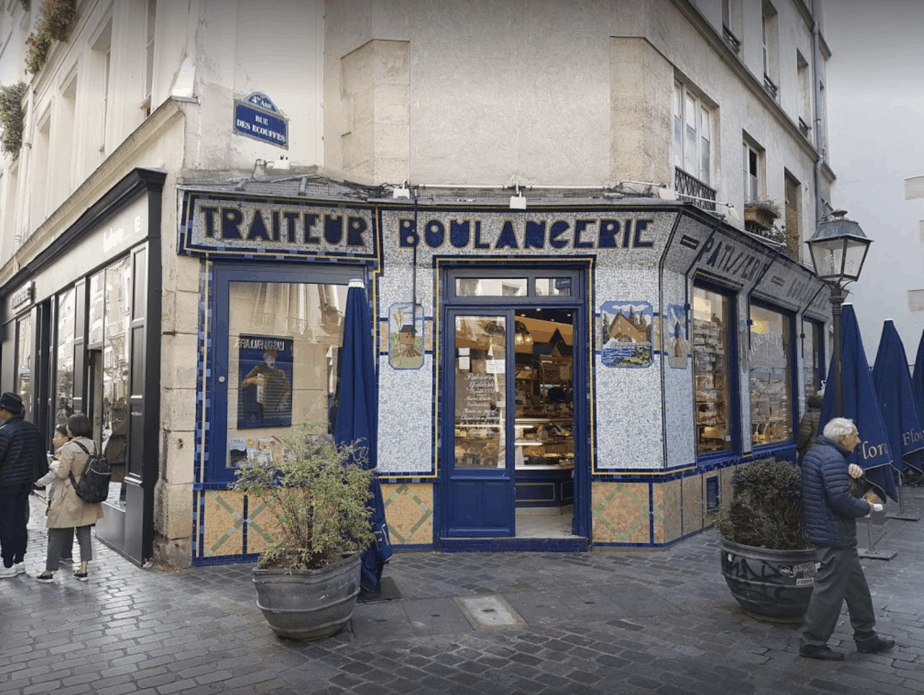 Florence Kahn is actually a historic bakery, one that has been a part of this community since the very beginning (not the 13th century beginning, though!). The mosaic dates back to 1932, and the building is officially a Parisian Historical Monument.

Inside you’ll find a bakery and deli all subscribing to kosher standards. This is a delightful place for light lunch between sightseeing in le Marais.

Opening Hours: Wednesday to Sunday — 10am to 7pm

In addition to great kosher foods, le Marais also has a great free guided walking tour community that will take you right though the historic neighborhood on foot. Be sure to check it out prior to your arrival!