5 Things to Learn from Montparnasse 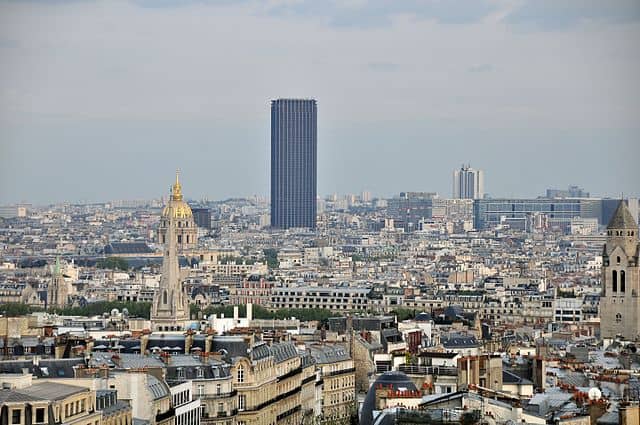 5 Things to Learn from Montparnasse

The neighborhood of Saint-Germain-dés-Pres is pretty well known for being an artistic, literary, and philosophical hub of Paris in the past, but did you know that the neighborhood of Montparnasse also held it’s own in the early 20th century?!

Artists such as Picasso, Émile Zola, Man Ray, Kiki de Montparnasse, Ernest Hemingway and James Joyce were known for setting up camp at one of the many cafés in the area, where they converse, wrote, and drank for hours on end. Talk about living the life! Although many of these artists were extremely poor at the time they were producing their masterpieces, poverty was widely accepted as a fact for artists and writers at the this moment in history, and they were able to survive in neighborhoods like Montparnasse. 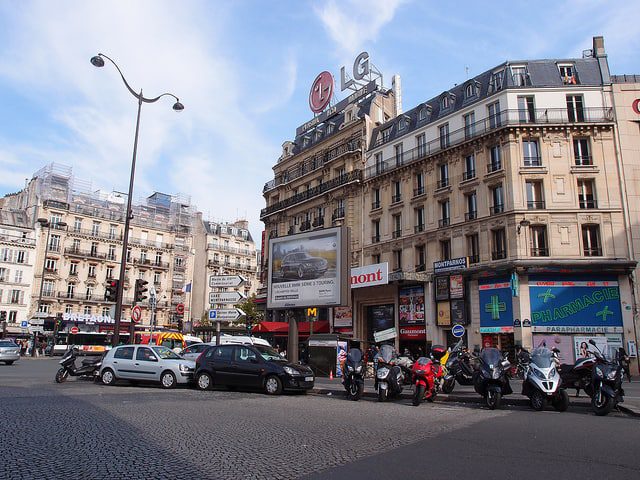 I became familiar with this area when I first moved to Paris because today, it is the home of the Montparnasse Tower, plenty of cinemas and restaurants, and there are even tennis courts located on top of the large Montparnasse train station. I’m a terrible tennis player, but it was a really cool experience playing on top of the gare (that’s French for train station)!

There is much more to the Montparnasse area than the massive tower (more on that later) that it is known for today, keep reading for my top 5 things to learn from Montparnasse! 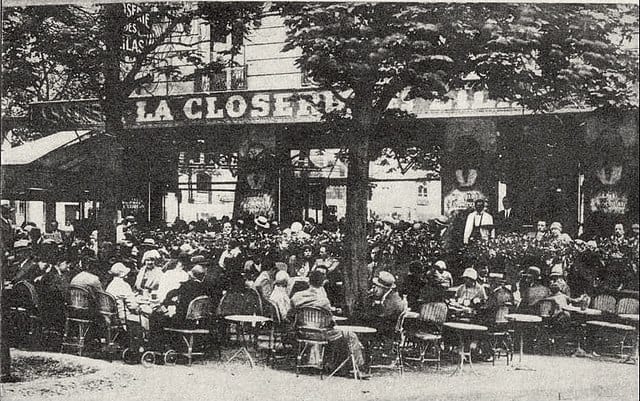 Les années folles translates from French to The Crazy Years. This refers to a time period in Paris in the 1920s, and you may recognise it’s American counterpart, the Roaring Twenties. I think if I could go back in time to any decade in Paris, it would be this one! It was a time, just after World War I, that society was so happy to leave the horrors of the war behind, and that culture, art, and the economy boomed and flourished.

Aside from the end of WWI, Les années folles got their start with the emergence of new artistic movements such as Dadaism, Surrealism and Art Deco. If you don’t know already, Paris is separated in 2 parts: the Rive Gauche, or Left Bank, and the Rive Droite, or Right Bank. The Left Bank is known as a scientific and artistic hub in Paris, and this is where Montparnasse is located. It should come as no surprise, then, that Montparnasse quickly became the place to be for artists, writers, and philosophers. 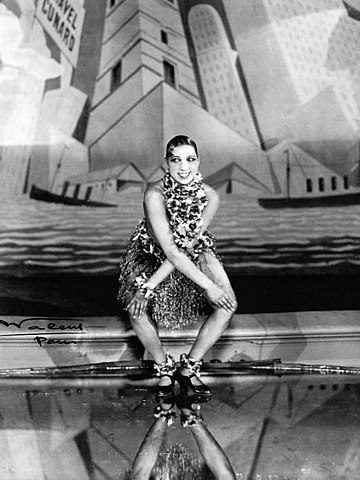 As mentioned, Les années folles also brought about the artistic movement of Surrealism, and many of the artists that belonged to this movement were known to hang out in Montparnasse. Painter Salvador Dali and writer André Breton headed this movement, and they were both living and creating in Montparnasse at this time.

Thanks to the presence of American soldiers in Europe after the end of the war, Paris at this time was greatly influenced by American culture, especially the nightlife. Cabarets, music halls, and Jazz clubs exploded, and the African-American dancer Josephine Baker gained fame for her wild dancing and risqué costumes. 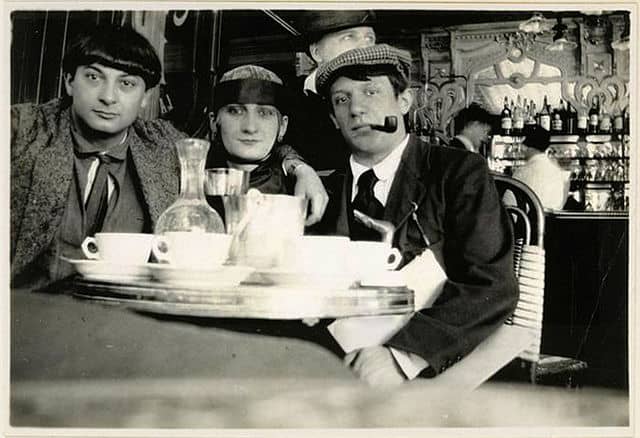 In addition to nightlife rapidly changing under the new American influence, café culture emerges in Paris, and in particular, in Montparnasse. Cafés with large terrasses (outdoor seating) popped up in the area, and these became to home of artists, writers, and even political exiles from the Soviet Union, looking to enjoy life and leave the traumas of the last decade behind.

The term café society stems from the groups of socialites that began to frequent cafés in cities such as New York, London, and of course Paris. It was only natural that soon people from the artistic and literary world began to follow suit, and mingled with the rich and famous of these cities in cafés. One thing we can learn from history is that socialites love to be surrounded by “artsy” people!

In Montparnasse, cafés such as Le Dôme Café, Café de la Rotonde, La Closerie des Lilas, and the Brasserie La Coupole were the hotspots. As I mentioned, most of the artists and writers hanging out in these cafés were living in extreme poverty, attempting to create their next masterpieces while also trying to eat and pay their rent. Spending hours at these cafés wasn’t a problem, even for the very poor, as for the price of a few centimes, you could sit talking, drinking, writing, and creating for days on end. Writer and artist Jean Cocteau once famously said, “poverty is a luxury in Montparnasse”. 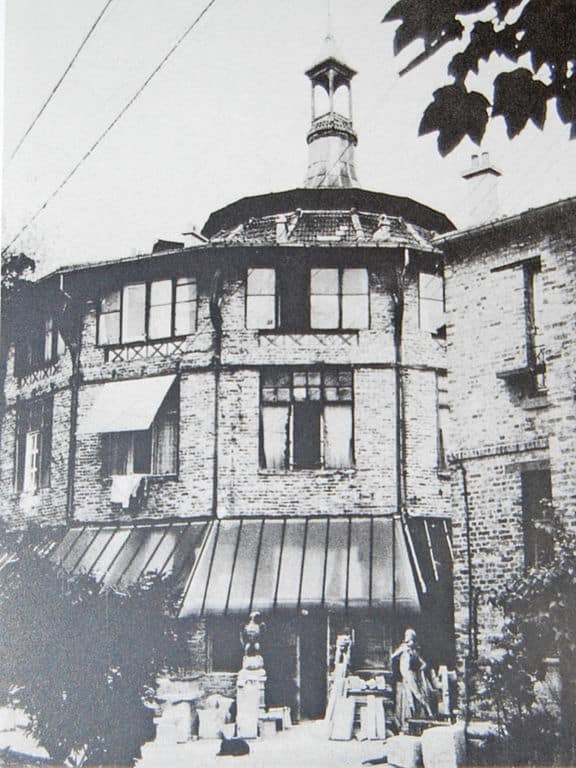 The exterior of La Ruche in 1918 by Amedeo Modigliani – WikiCommons

La Ruche, which means the beehive in French, was the name of an artistic community that cropped up in Montparnasse in the early 19th century. It was a cheap place to live, and as an artist, you were guaranteed to be surrounded by other artists and writers. Talk about living in inspiration!

The residence was (and still exists as a coworking and exhibition space) located in the Passage Dantzig in the 15th arrondissement in Montparnasse. Countless artists such as Guillaume Apollinaire, Marc Chagall, Fernand Léger, Robert Delaunay, and Diego Rivera called La Ruche home at one point.

With cheap rent, and a policy that ensured you were never kicked out even if you didn’t pay, it was the perfect place to set up camp for artists and writers struggling to make ends meet. As you can imagine, there was no running water or heat, and drunkards ran rampant, but many artists felt lucky that they at least had a roof over their heads. While living amongst other creators may sound glamorous to us, the living conditions for these painters, photographers, and writers that are now famous today were anything but ideal. 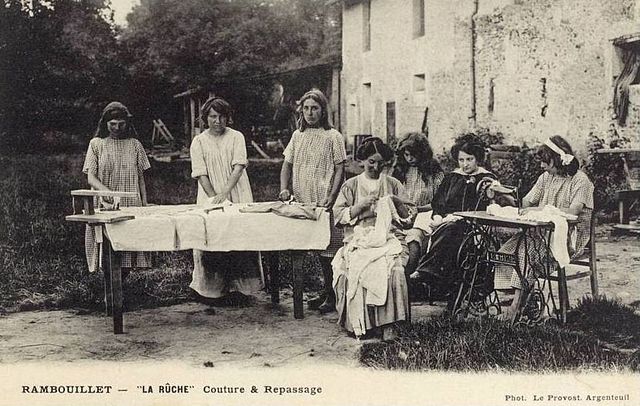 Girls learn how to sew at La Ruche – WikiCommons

Unfortunately, many artists did not reach fame or stardom in their own lifetimes, and lived very harsh day-to-day lives.

La Ruche may have been a place of desperation in the past, but after World War II, people like Jean-Paul Sartre and René Char worked together to bring the artistic haven out of the gutter. Today, exhibitions are open to the public, and it feels pretty special to be wandering around the former home of so many great icons.

4. Train accident at the Gare Montparnasse 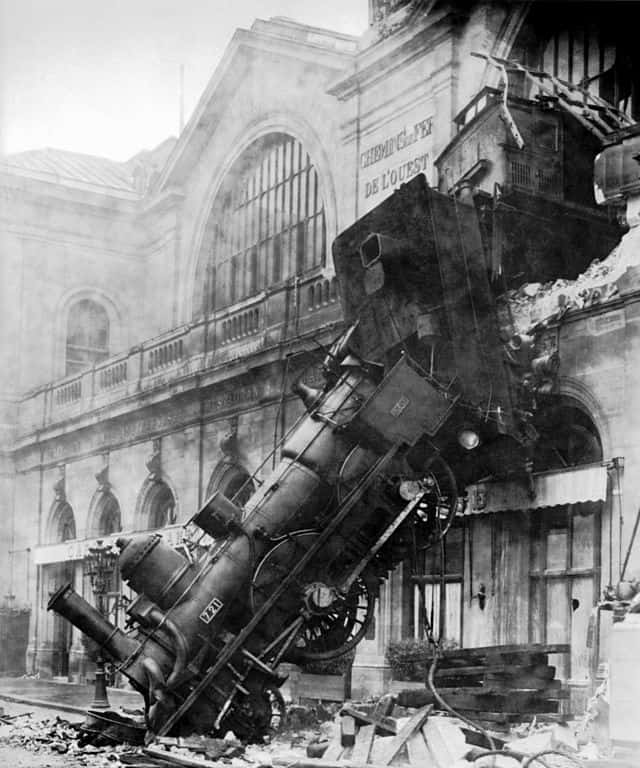 You may recognize the photo above, but did you know that this major train accident happened at the Gare Montparnasse in Paris?!

A decade before the start of Les années folles and café culture emerged in Montparnasse, there was a major train derailment at the Gare Montparnasse that resulted in a train crashing through a window, killing 1 women and injuring others.

The accident occurred because the train driver was running behind schedule, and was therefore driving too fast tome up for lost time. The train ran through the buffer stop, crossed the station, came to a crash through a window and landed in the Place de Rennes. The photos of the accident are truly impressive, as you can see the train landed straight on it’s nose onto the street below.

Luckily, the 131 passengers on board sustained very little injuries. Unfortunately, a woman selling newspapers on the street was killed, and a fireman, two guards, and a pedestrian were hurt. The train conductor was fined, and it after an attempt to move the train with 14 horses, the accident was eventually cleared away by metal crank called a winch. 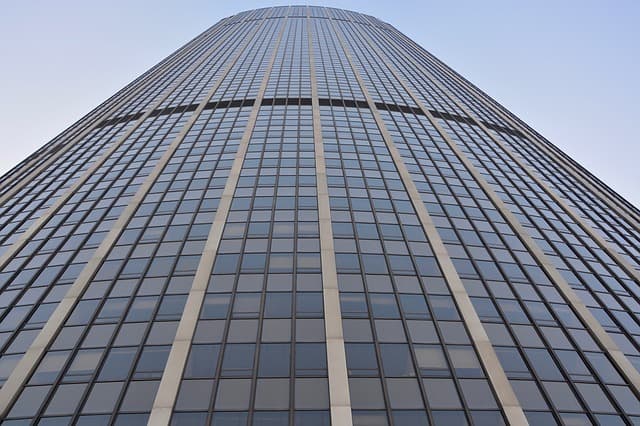 Plans for the building began as early as 1959, and was approved in 1969 by former president Georges Pompidou because he wanted to modernise Parisian infrastructure. The construction began in 1970 and was completed in 1973. It is the first and only skyscraper in Paris, and has been met with mixed opinions by Parisians and tourists alike.

If you ask any Parisian what the best view of Paris is, they’ll tell you it’s from the top of the Tower, as it is the only place in Paris where you can’t see it! I tend to agree with this statement, as the view from the top really is incredible. I recommend going at sunset, to see a panoramic view of the city which includes the Eiffel Tower and the Sacre Coeur! 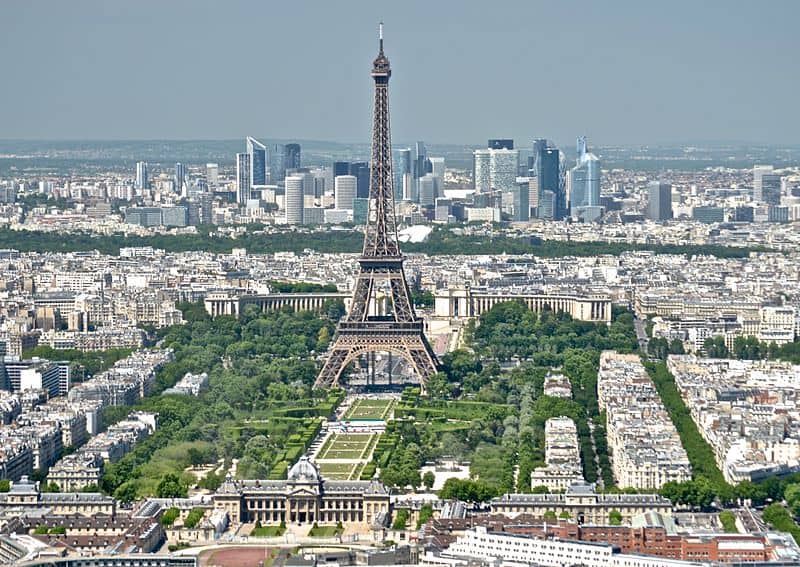 Like nearly every area of Paris, there is so much to learn from the history of Montparnasse. From it’s evolution in the early 20th century to today, so much has happened, and so much has changed!

If you want to check out Montparnasse for yourselves, I recommend visiting one of the legendary cafés with a book or a notebook so you can feel like the artists and writers of yesteryear. You’ll feel like you’ve stepped back in time!