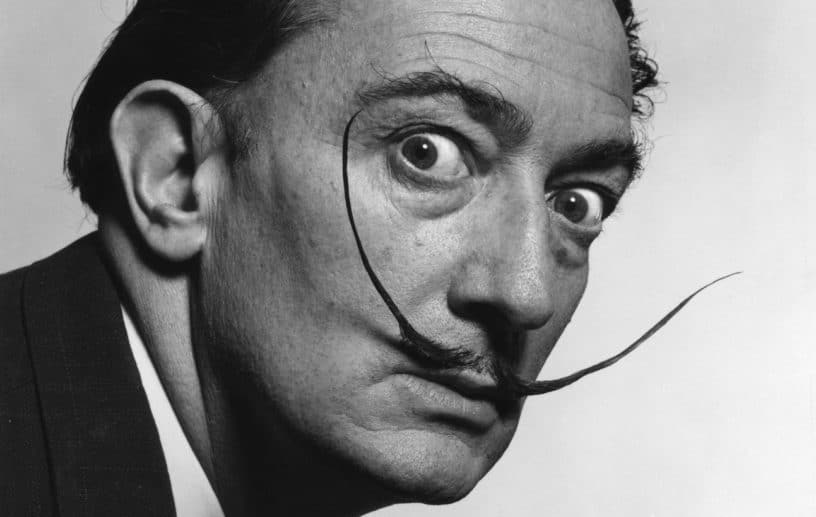 This article has been written for whoever that wants to discover a few interesting facts about an incredible Spanish artist, Salvador Dali! His unusual artworks have marked the world in so many aspects. May it be for his thought-provoking works or his famous moustache, Salvador Dali is well known all around the world! He has influenced several cultural fields and contributed to the open-mindedness of the society and artistic circles.

Salvador Dali’s works are quite unsettling. In some of his works, it seems as if he tries to paint our dreams and anxieties. In most of his paintings, he paints unrealistic scenarios in realistic ways, which makes the viewer forced to try to identify with the elements in the painting. When the Surrealism art movement arose in Paris, as a response of the consequences of the First World War but also inspired by Sigmund Freud theories, Salvador Dali dug into it and it greatly influenced him.

The point was to express our unconscious mind without censoring it. The movement allowed Salvador Dali to paint his desires, fears and anxieties. Many themes such as childhood, sex and death are dealt with in his paintings. This lead to the development of a technique, called the “paranoiac-critical method”, which was based on Freud’s theories. Dali explored and developed the idea of paranoia in his artworks, creating optical illusions to enhance the concept that there are many ways to interpret an image or a situation.

If you want to learn more about this genius artist that forever changed the world we live in and how we experience it, read on and find out 10 interesting facts about Salvador Dali!

Interesting fact nº1: Cadaques was one of his greatest sources of inspiration 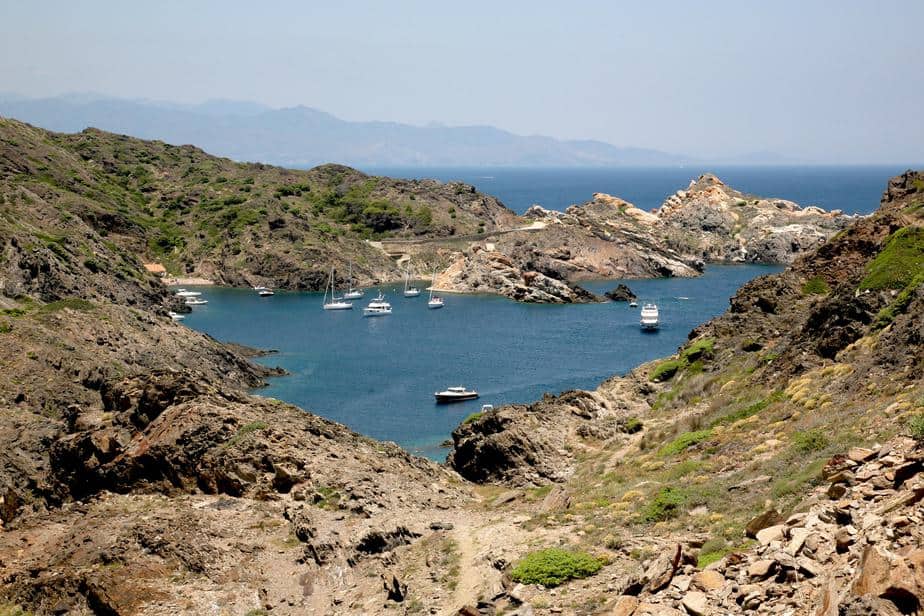 Some of Salvador Dali’s paintings are based on the coastline of the town of Cadaques in North-Eastern Spain. The sky, the sea, the rocks of Cadaques were very dear to Dali, because it is where he used to spend his time during the holidays with his family. He even said once that it had shaped his personality. If you have a look at Dali’s paintings and then visit Cadaques, you will definitely feel as if you were in one of his paintings. 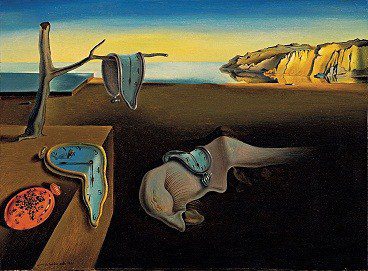 For instance, in the 1931 famous painting The Persistence of Memory, one can recognize Cadaques landscapes. Then , the The Great Masturbator painting has also been based on the rocky coastline of Cadaques. He looked at the environment and imagined possible shapes. 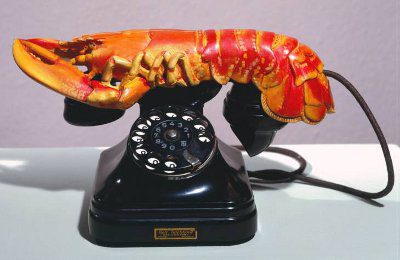 Salvador Dali was very creative and imaginative, so he was always looking for new ways to provoke and innovate. He loved to invent new stuff! One of his most famous inventions was the “lobster-telephone“, which was absurd but kind of affecting and people kind of appreciated it for being different from the usual. He also spearheaded the “lip-sofa“. These were some of his most popular creations! 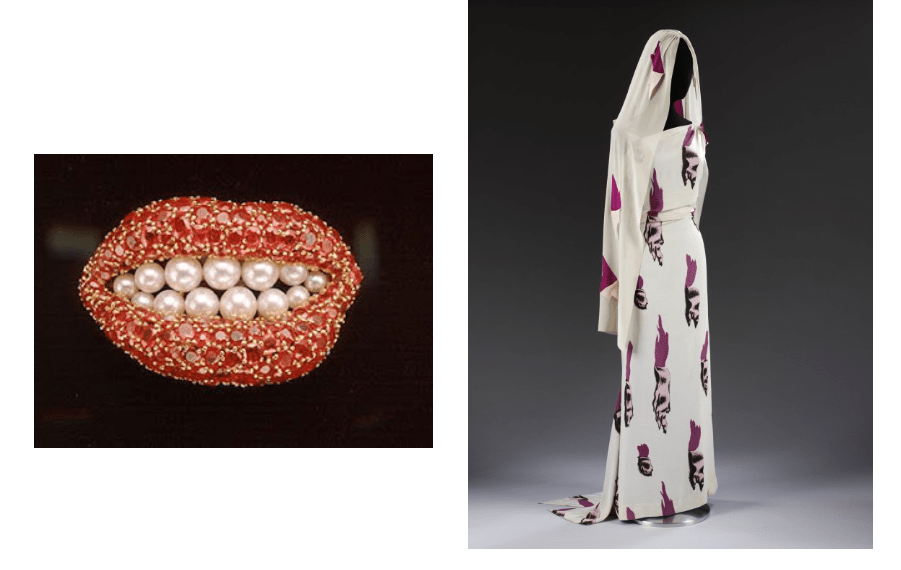 Dali also worked in fashion and jewelry, with the design of a few dresses, hair accessories and jewel pieces. His works definitely expand the boundaries of what is possible. Dali opened the doors for next artists. He provoked and created unsettling works, but people liked it. He standardized what used to be considered a little “outrageous”. Thanks to him, artists, like Lady Gaga or Madonna, were able to freely express themselves. Thanks to him, it is not that strange to see a lip-shaped purse or a cat-shaped phone case.

Interesting fact nº3: He starred in a few ads

Dali enjoyed public attention. During his career, he even got to star in a few ads. He starred in a Alka-Seltzer and a Lanvin ads! 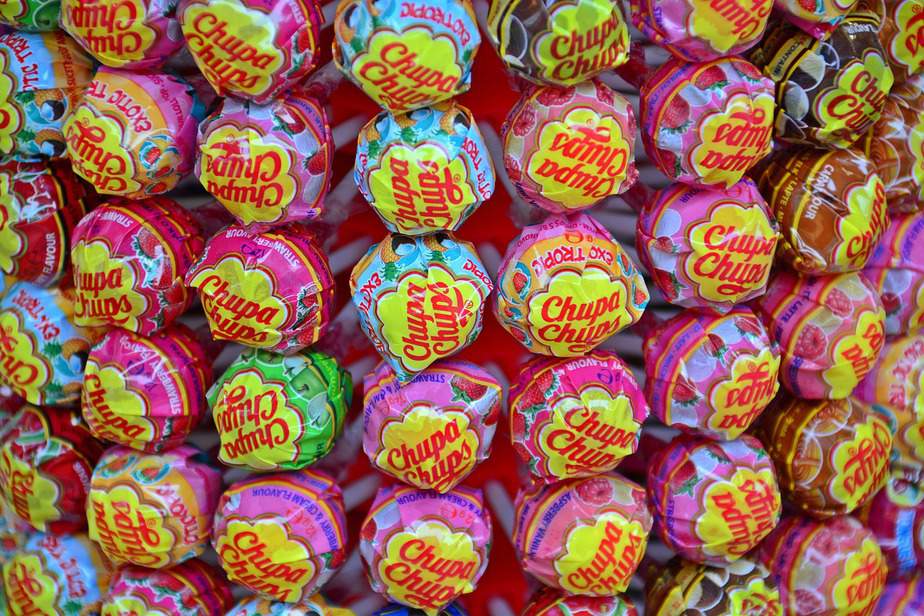 The logo for the Chupa Chups brand was designed by Salvador Dali in 1969. I’m quite sure not many people know this!

In 1929, Salvador Dali directed a film, the “Chien Andalou”. He imagined a potential scenario for a painting and reworked it into a film. A few gruesome elements with an absurd humor were combined for the realization of this short film, made by Dali and his friend Luís Buñuel. This production was very important for the history of both Surrealism and cinema! 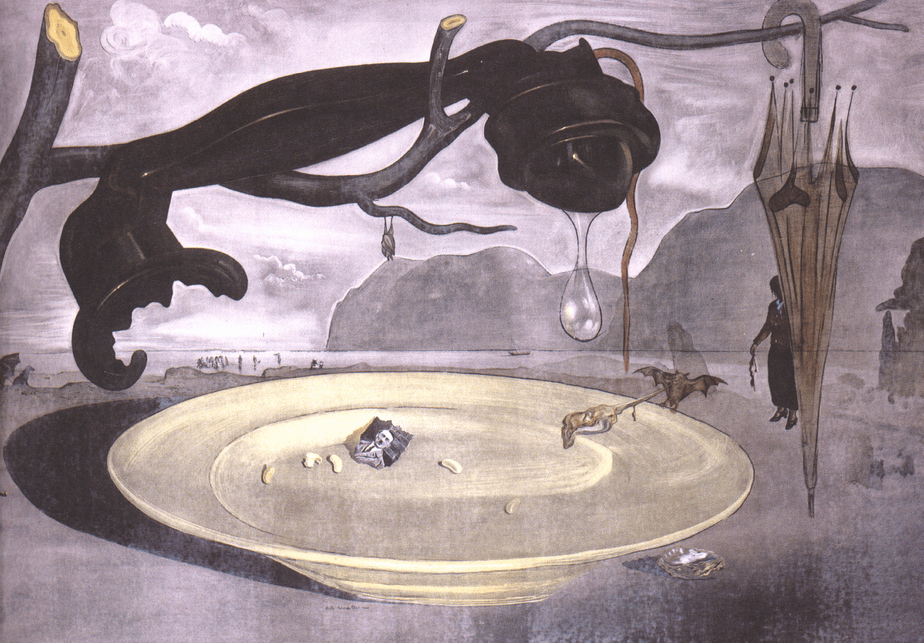 Even though, Dali had promoted the Surrealist movement around the world and had introduced it to many different fields, André Breton, the founder of the Surrealism movement, was not pleased. He expelled Dali from the movement, because he considered Dali to be greedy and thought he only cared for money.

When Dali tried to protest against fascism, with his 1939 painting The Enigma of Hitler, the members of the movement had a negative view of it and didn’t approve him depicting Hitler in his work.

This didn’t affect Salvador Dali, he considered himself to be a Surrealist with or without the official title.

In 1944, the film-producer and director, Alfred Hitchcock, asked Salvador Dali to design the dreams sequences for his thriller movie Spellbound. Hitchcock considered Dali’s universe to be perfect for the kind of atmosphere he wanted to create for this sequence.

During the filming of Spellbound, Salvador Dali got to meet Walt Disney. Later in 1946, Dali was also asked to work in a six minutes animated short film: Destino! Dali was thrilled to be part of this project, because he thought that animation was the ideal art to reproduce all the creative elements of his paintings. New possibilities were presented to him! He worked really hard, and prepared plenty of sketches for the Destino animated film.

Nonetheless, his drawings were kept in the archives of the Walt Disney Studios, but this short film was not released until 2003!

Interesting fact nº9: Each of his artworks were life-changing

During his life, Salvador Dali worked in many fields, and touched and changed each of them in a particular way! At first, people may not understand his creations, but this is due to the fact that Dali focused on the unconscious. His purpose was to reveal the many possibilities and interpretations the mind is capable of.

No one can remain indifferent to his thought-provoking artworks. He combines several elements no one would have thought of them put together, such as the “lobster-telephone“. Two simples objects were united, creating this unique item. Dali opened people’s minds and eased the arrival of new artists. He invented fun and original pieces of art. Thanks to his one-of-a-kind inventions, people are now accustomed to a more playful world where not all the rules have to be obeyed. Sometimes one has to get out of their comfort zone to create unique things.

Interesting fact nº10: His last project was a monument 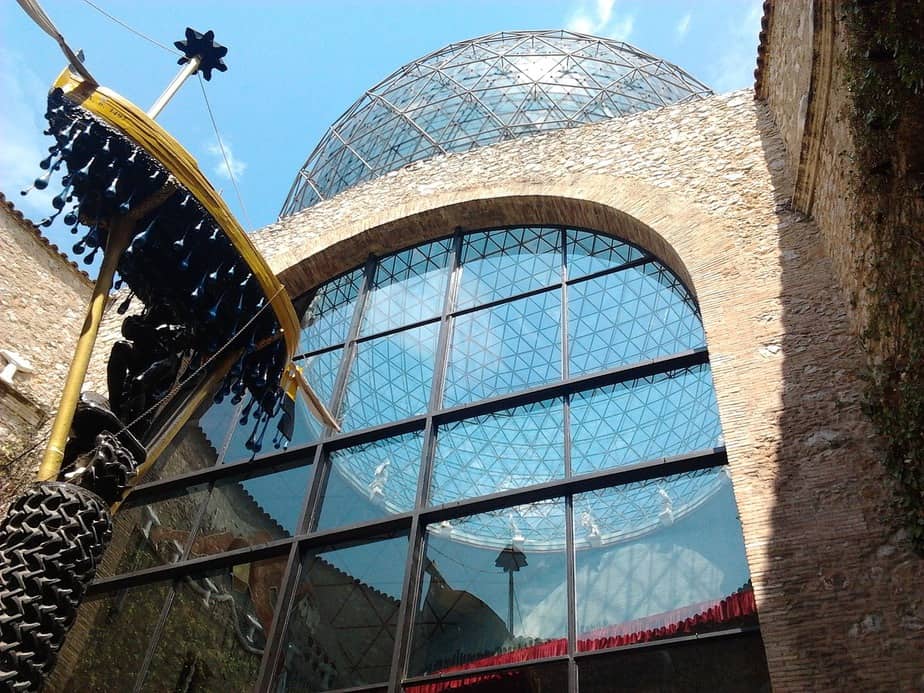 In Spain, he worked in a last project which was kind of a monument to Surrealism, the Dalí Theatre and Museum. It is located in the town of Figueres in Spain. If you visit this place, you will feel like you’re in Dali’s mind. He died in January of 1989 and was buried at the centre of this museum.

My article about the 10 interesting facts about Salvador Dali is now over! I hope you’ve enjoyed it and that it has inspired you! If you’d like to know more about this genius artist while in Paris, I recommend you to visit the Dali Museum. You will find it in the neighborhood of Montmartre. It is open every day of the week, from 10 am to 6.30 pm. The ticket price for adults is twelve euros. Don’t hesitate to contact us, if you need further information about anything! See you soon in Paris!