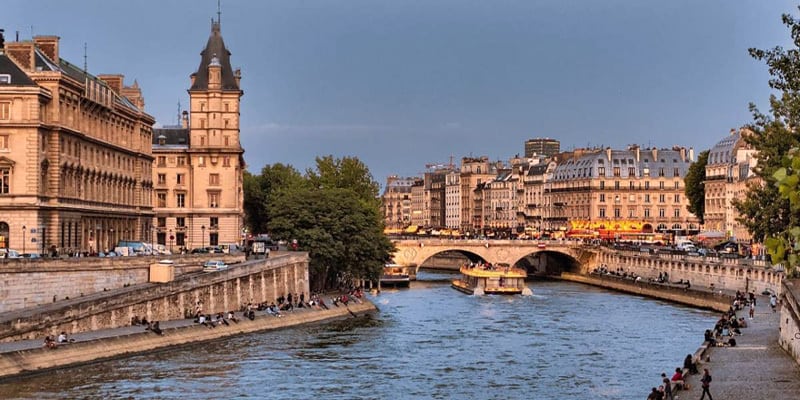 Unlike the Left Bank which is famous for having welcomed struggling creative souls and the intellectual avant-garde of the XXth century, the Right Bank (Rive droite in French) is traditionally considered as the center of commerce and trade in Paris where most of the city’s banks and businesses are concentrated. It’s recently become the heartbeat of the Parisian art, culture and fashion scene. So, here are the major things to do in the Right Bank of Paris. 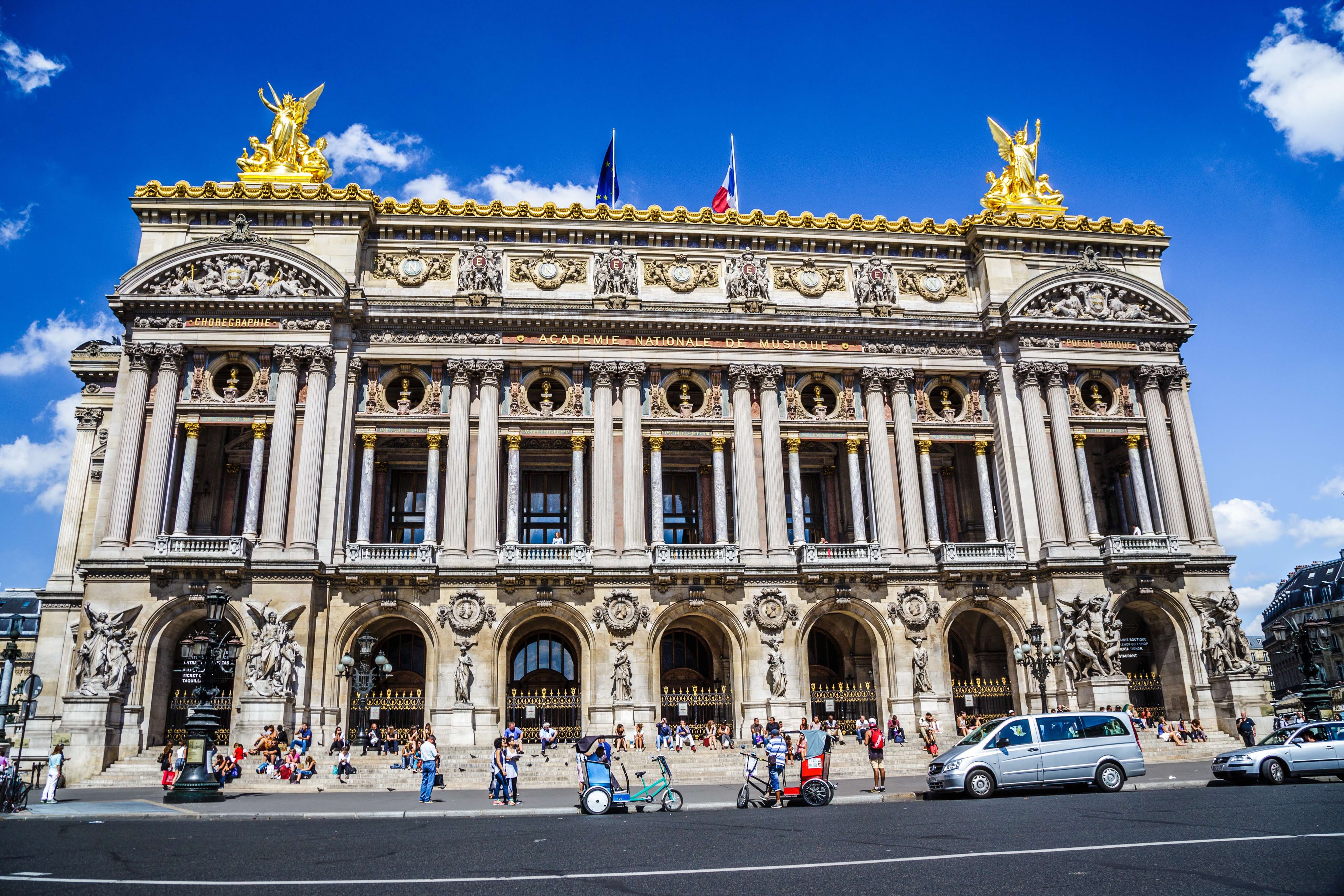 For luxury lovers, a great thing to do when visiting the Right Bank is to see the Place Vendôme. Being one of the most luxurious and exclusive squares of Paris, it is surrounded by world famous Ritz palace and the most renowned jewelers of Paris.

The square’s construction was decided by Louis XIVth who wanted a deluxe space in which grand royal events could take place. The bronze column erected on Place Vendôme is inspired by Trajan’s Column in Rome. It commemorates the Battle of Austerlitz and was made of melting down 1200 canons taken from Russian and Austrian armies.

After Vendôme Square, take iconic Rue de la Paix that has gradually become a showcase for luxury goods since the Second Empire. Follow the continuous stream of window displays filled with sparkling diamonds by Chaumet, Chopard or Cartier.

The Rue de la Paix will directly lead you to the Opera house, an architectural treasure and an essential spot for the city’ ballet and classical music scene. Ordered by Napoleon IIIrd to show France’s wealth and cultural richness, the Opera house is one of the most competitive ballerina schools in the world, and still hosts major ballet pieces today.

Champs-Elysées and the arch of Triumph 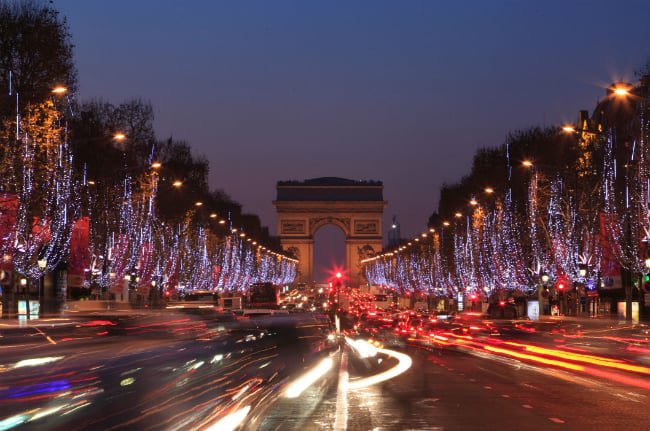 The most visited street in Paris, the Champs Elysées is a magnet for romantics. As touristy as it might seem, the “Elysian fields” (based on Elysium, a paradise and resting place for heroes from Greek mythology) is a great street for walking and getting into the mood of Paris. Imbued with a “movie scene” quality that continues to astonish visitors in the City of Light, the Champs Elysées is a distinctly French grand avenue featuring high and low fashion shops and atmospheric cafés.

If you are a shopper and if you’re looking for luxury products, there is a lot to sample in the area of the “Triangle d’Or“, the area surrounded by Avenue Montaigne, Avenue George V and Rue François Ier. The area hosts exclusive names of Paris fashion including Vuitton, Hermès, Gaultier, Givenchy or Céline.

Fun is the fact that the Champs Elysées were originally fields until Marie de Médicis decided to extend the axis of the Tuileries Garden!

If you visit the Right Bank and the Champs Elysées area, a thing to do is definitely to visit the Arch of Triumph, the linchpin of the historic axis of Paris. Commissioned by Emperor Napoleon the 1st, it honors those who fought and died for France since the Napoleonic Wars. It is recognized as a symbol of Parisian pomp and elegance around the globe.

Louvre museum and the Tuileries garden 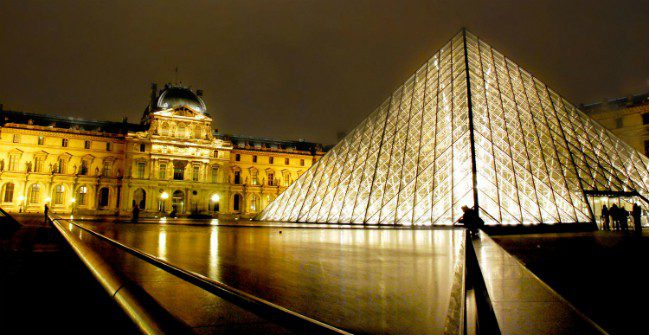 Stretching its French style alleys in between the Louvre and Orsay museum, the Tuileries Garden has been the witness of Paris’ intense history. It was created by Catherine de Médicis in the 16th century and was a pleasure spot for the nobility under Louis XIII.

Transformed into a formal “jardin à la française“, it is based on symmetry, order and long perspectives by André le Nôtre, designer of the Versailles garden. The Tuileries garden was the set of the 1871 Commune and went under Nazi shelling during World War II. It has been since then the place where Parisians celebrate, meet and relax. A thing to do when visiting the Right Bank of Paris is to grab a green chair (a monument to itself) and to pretend to be a real Parisian.

Then, you can’t visit the Tuileries garden without going to the Louvre Museum, the city’s most prestigious museum.

Counting over 35 000 pieces distributed among 8 departments including Egyptian antiquities, Islamic art (opened in 2012) as well as painting and graphic arts. The Louvre displays worldwide famous masterworks such as Da Vinci’s Mona Lisa or Veronese’s Wedding at Cana.

Practical details: Open from 9 am to 6 pm every day but on Tuesdays. It is open until 9.45 pm on Wednesdays and Fridays. The pyramid is the main entrance to the Louvre Museum. To avoid the queue, enter through Carrousel du Louvre entrance – 99 rue de Rivoli or Porte des Lions – 14 Quai François Mitterrand. 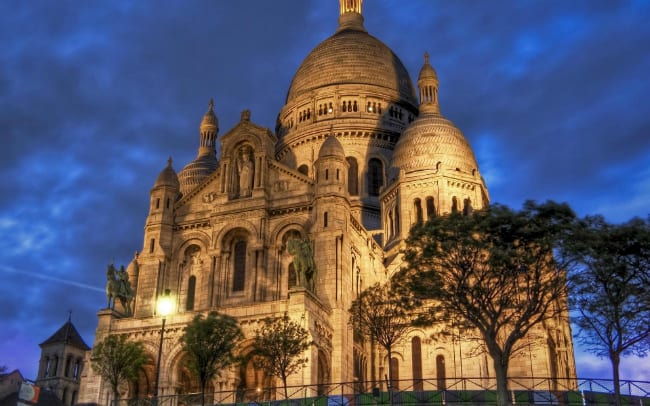 Dominated by strip clubs and sex shops, Pigalle is Paris’ red-light district, the city’s epicenter of adults-only adventures. One of the things to do in the Right Bank of Paris is to “get naughty” and explore the most mischievous district of Paris. This area was nicknamed “Pig Alley” during World War II by soldiers looking for X-rated entertainment. It is now named “Pigalle” and it represents the Paris of entertainment. It represents the Paris of excess but also the Paris of thriving creativity and artistic avant-garde.

It has also became representative of cosmopolitan Paris. It has turned into the latest trendsetting part of Paris with young and hype Parisian (the so-called “Bobo“, bourgeois bohemian) queueing to enter the hottest electro clubs of the capital.

After a sinful tour of Pigalle, go and seek for forgiveness to the Sacré Coeur Basilica on la Butte de Montmartre. Apart from the architectural beauty of the Basilica, and its interior lavish mosaics, the Butte offers an astonishing panoramic view of Paris. An highlight of the Right Bank, Montmartre has preserved its villagey spirit with its narrow cobbled streets away from Parisian “débauche“.

Explore the Montmartre of artists: pass by the Bateau-Lavoir, Picasso’s workshop and birthplace of Cubism. View the works of painter Salvador Dalí at Espace Dalí (11 rue Poulbot), or see the legendary cabaret Au Lapin Agile (22 rue des Saules), home of the avant-garde at the beginning of the XXth century. 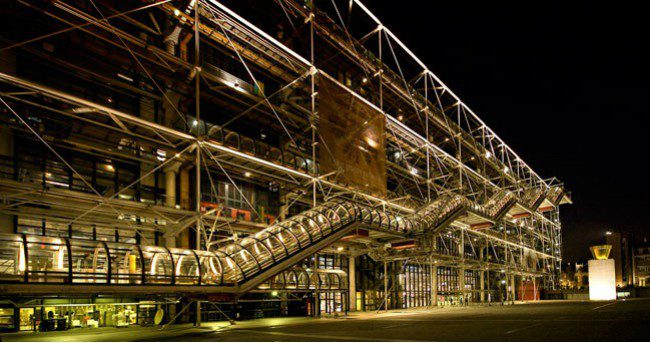 The last thing to do in the Right bank of Paris is to visit Le Marais area. Literally the “swamp“, Le Marais has gone through a revival in the second part of the 20th century after falling into ruins after the French Revolution. A center of Parisian cultural life, the neighbourhood has turned into a trendsetting area, and has evolved from a working-class district to one of the most exclusive places in Paris.

The Marais has a thousand faces: with its cobbled medieval streets alive with bars, restaurants, fashion boutiques, hip art galleries. The district is also the heart of Jewish Paris (Agoudas Hakehilos Synagogue designed by Guimard – 10 rue Pavée; Museum of Jewish art and history – 71 rue du Temple, and the Rue des Rosiers). It is also home to the largest gay community of the capital.

The best thing to do in the Marais for art lovers is to visit the Centre Pompidou for modern art. A multicultural complex, Centre Pompidou is in itself a piece of high-tech design signed by architects Richard Rogers and Renzo Piano. The building hosts one of the major paintings of the late 19th-20th century. You will be able to admire the works of Kandinsky, Warhol, Bacon, Munch, Dali, Miro, Matisse or Soulages. These masterpieces will please art connaisseurs as well as less-experienced art amateurs.