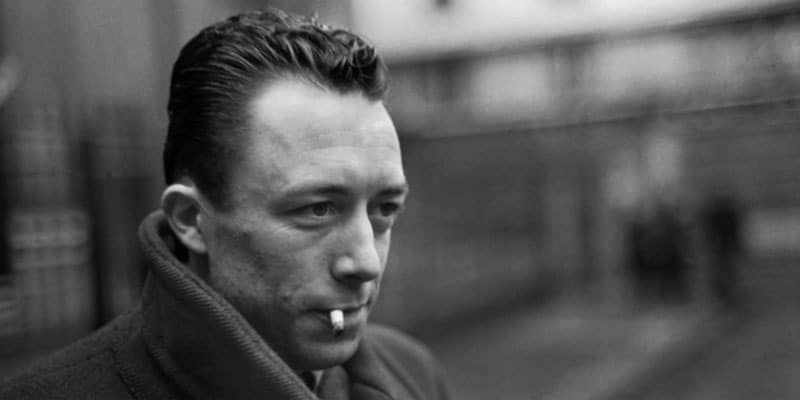 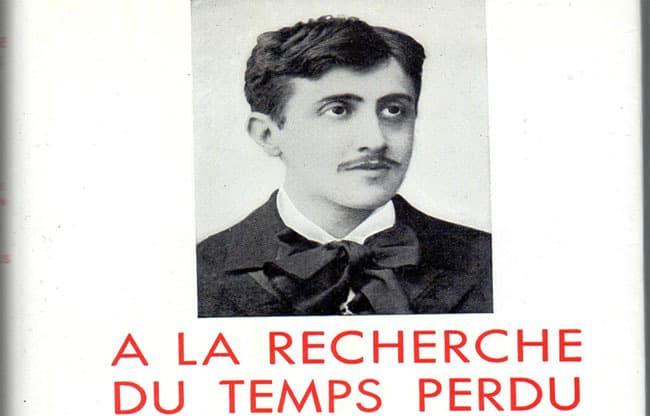 If you want to know a little more about this author’s life, Marcel Proust was born in a wealthy Parisian family. This allows him to frequent soon bourgeois and aristocratic salons, where he meets artists and writers who encourage his early passion for writing. This has an influence on his work, since he describes a lot the Parisian salons in his books, sometimes very ironically. This particular social class represents the greatest part of the picture he makes of the society of his time.

Proust acquired also a place among the greatest French writers thanks to his particular writing style. He is well known for his very long sentences, some of which extend to several pages in length…

Proust brought something else of his personal life into his writings: he was homosexual, and became one of the first great European writers to deal with homosexuality in his work.

His most famous work: A la recherche du temps perdu (1913-1927), translated into In Search of Lost Time and previously by Remembrance of Things Past.

This seven-volume, two-thousand characters, three-thousand-pages masterpiece redefined European literature. Apart from the structure and the writing style, the main characteristic of this work is its theme: involuntary memory. The story is told by an imaginative and authorial narrator, named Marcel, who takes an introspective look at the life and frequently loses himself in memory.

Beyond childhood memories, Marcel Proust deals with the notions of time and memory, asking under a literary form the same questions about time as Einstein at the same time, and breaking all conventions of novelistic time. 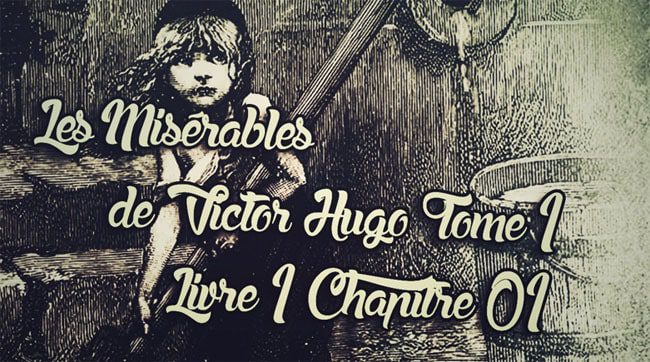 Victor Hugo is, deeply, a humanitarian. He uses his literature as a way to describe the human conditions and injustices of the society. His book Le dernier jour d’un condamné (The Last Day of a Condemned Man) expresses his feeling that death penalty has to be abolished in France. He also fights through literature for peace, for the status of women and against the clergy.

His engagement also goes beyond literature and translates into politics. As a republican, he promotes the Republic and condemns the coup d’état of Prince Louis-Napoléon, which forces him into exile. At the proclamation of the Republic, he comes back to France where he is welcomed in triumph: he embodies the resistance to the Second French Empire.

Victor Hugo is also, with Theophile Gautier and Gérard de Nerval, one the greatest figures of the romantic movement in France. In his plays, he ostensibly breaks with the classical rules of theatre (unity of time, place, action), launching the confrontation between the classics and the romantics. His first historical novel, Notre-Dame de Paris (or The Hunchback of Notre-Dame) also falls within this romantic movement.

His most famous work: Les Misérables (1862), translated into The Miserables.

The book dives into the Parisian underworld of the first half of the 19th century, a theme that makes it close to Dicken’s Oliver Twist. Through his famous character, Jean Valjean, a noble peasant imprisoned for stealing a loaf of bead, Victor Hugo accuses destitution, indifference and a merciless repressive system.

Denouncing the fact that almost no one is trying to help those miserable people, Hugo also criticizes the French political and judicial systems. This political dimension to the book is reflected in the evocation of the barricades during the uprising of the people in 1832. 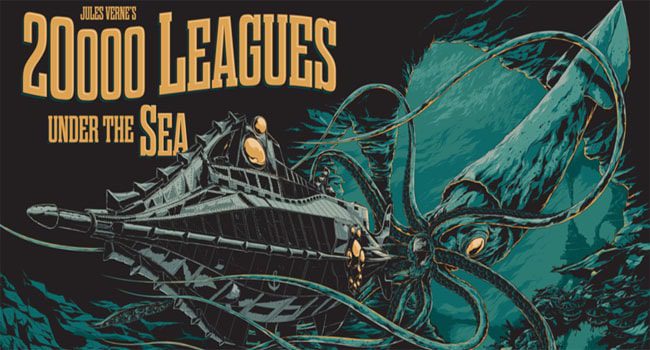 Jules Vernes is one of the first to write about science fiction, and is considered as the founding father of the genre in France. His Voyages extraordinaires or Extraordinary Voyages are a sequence of forty-four novels telling the stories of incredible journeys. They range from the most realistic ones (Around the World in Eighty Days, Five Weeks in a Balloon) to the most imaginary ones (Journey to the Centre of the Earth, From the Earth to the Moon).

This chosen subject is linked to the historical context: Jules Verne lives during the era of the great progress, and attends the universalization of electricity, telephone, telegraph, railways and steam machines. The author is passionate by these scientific discoveries and chooses to write about them, answering to his sense of wonder, curiosity and exploration.

Beyond discoveries, he is more generally passionate by all kinds of knowledge, biology, geology, astronomy, palaeontology, oceanography or geography. That’s why his books are often called “encyclopaedic novels”.

This book tells the story of a French naturalist named Dr. Aronnax. On an expedition to hunt down a sea monster, he comes across the Nautilus, a submarine built by an enigmatic character, Captain Nemo. He then joins him to explore the underwater marvels, and, among them, the ruins of Atlantis.

If the book is based on real scientific knowledge, it is also a science fiction and anticipation book. It imagines the possibility to descend to depths that are still unexplored at the time, and the Nautilus goes under the Suez Canal before it was even built. 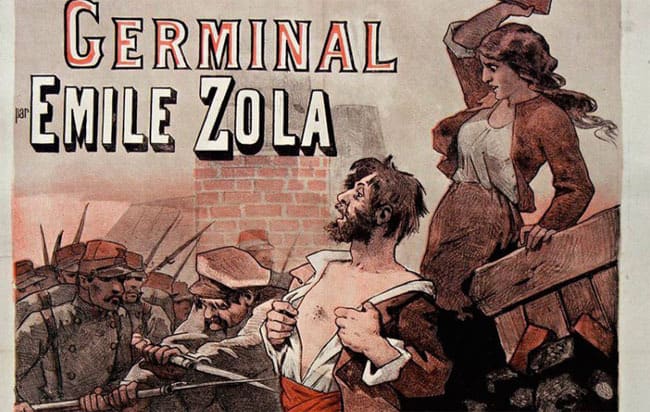 Emile Zola is probably the best-known writer of the literary movement of naturalism. It has for purpose an experimental analysis of human condition and psychology. To achieve this goal, Zola bases his work on the observation of the world and on a meticulous documentation. He prepares each book with a detailed investigation on the form of a lot of research and travels.

Zola is known for a cycle of twenty novels, named Les Rougon-Macquart. It is a collective portrait: it follows the lives of the members of a fictional family living during the Second French Empire. The novels have for major theme the burden of natural forces on the life of the individual, such as familial heredity and social determinism.

Zola is also engaged in the social struggles of his time. His novels deal with burning social issues: shocking condition of the urban poor, alcoholism, miners’ strikes, people crushed by work, excessive poverty… Engaged with the socialists, Zola plays a role in a major case, the Alfred Dreyfus affair, contributing to the exoneration of the falsely condemned army officer. More generally, Zola is a great figure in the political liberalization of France.

His most famous work: Germinal (1885). Germinal is the 13th novel of the Les Rougon Macquart series. Often considered as Zola’s masterpiece, it is the one novel that brought him fame and recognition.

It tells the story of the exploitation of the many by the few during the rise of the Industrial revolution. Etienne Lantier, a clever but uneducated and unemployed man, lives in northern France. Forced to take a job at the coalmine, he realizes how ill, hungry and in debt the miners are. Powerlessly witness to conditions deteriorating even further, he finally decides to lead a brutal miners’ strike.

If the novel depicts violent and tragic events, it ends on a note of hope: “germinal” evokes germination, fertility and new growth. 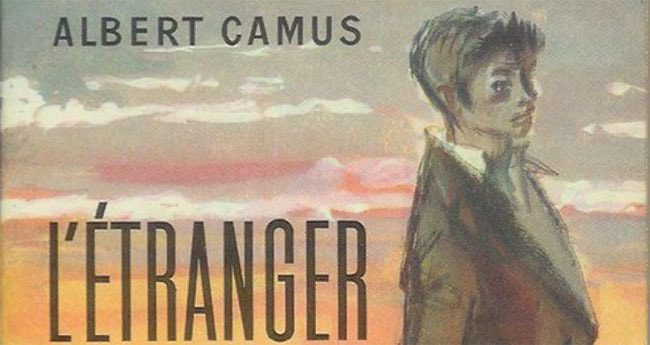 Camus was Algerian born: this involves him in the debates about French colonization in Algeria and about the Algerian War. On the one side, he identifies himself with the Pieds-Noirs, the French settlers in Algeria, and defends the French government against the revolt, but on the other side he wants a greater Algerian autonomy and works for imprisoned Algerians facing the death penalty. This episode shows his pacifism and his fight for human rights.

Albert Camus is also a great existentialist philosopher. His two significant contributions to philosophy are The Absurd and The Revolt. The Absurd is the result of a contradiction: we, human people, desire clarity and meaning, in a world that offers neither: life has no meaning. The awareness of this absurd allows us to live into lucidity and reality to reach liberty: this is the Revolt against our absurd condition.

Camus takes advantage of his writing talent to transmit his philosophy. He uses symbolism and theatre to express his ideas, thoughts and doubts.

His most famous work: L’étranger (1942), translated into The Stranger.

“Mother died today. Or maybe, yesterday. I can’t be sure.” This famous opening line embodies the notion of the Absurd, as the entire novel. It tells the story of Meursault, a man who doesn’t seem to have a care in the world, who feels no grief, no love, no remorse or no hope. He looses his mother and doesn’t cry. He kills an Algerian man, and doesn’t know why. He is brought to justice, and doesn’t try to defend himself. He finds everything senseless and is indifferent to his own action.

Often seen as a antihero, Meursault is neither a sociopath nor a fool: he is just honest, and accepts that life has no meaning and that we are born to die.

You now know my top 5 French writers! These are definitely my favorites! I grew up reading their works and I still do. If you want to know how the French mind works, I recommend you to read some of these books that are so good and life-changing! If you do, let me know your thoughts! Don’t hesiate to contact us if you need further information about anything. See you soon in Paris!