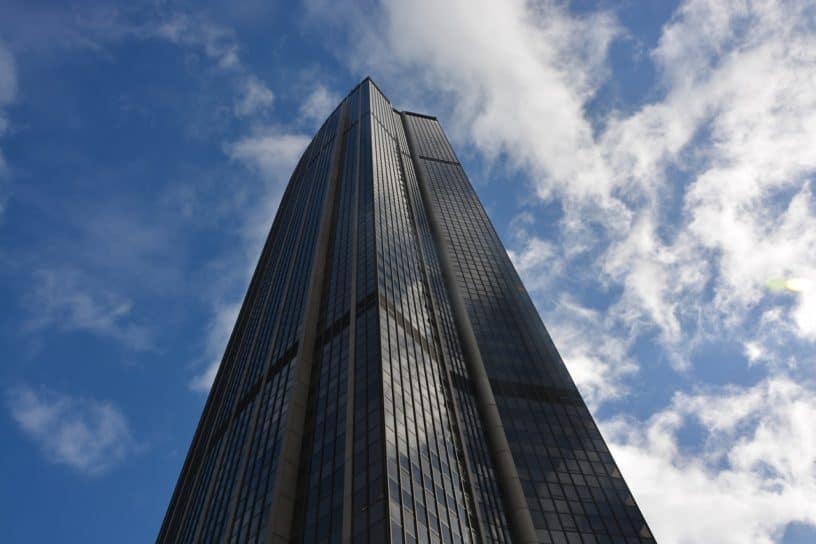 If you are visiting Paris for the first time, chances are you have planned to go to the Eiffel Tower at some point in your schedule. Considered as the symbol of Paris and of France, the Iron Lady is an unmissable landmark that many first-timers feel they have to visit. 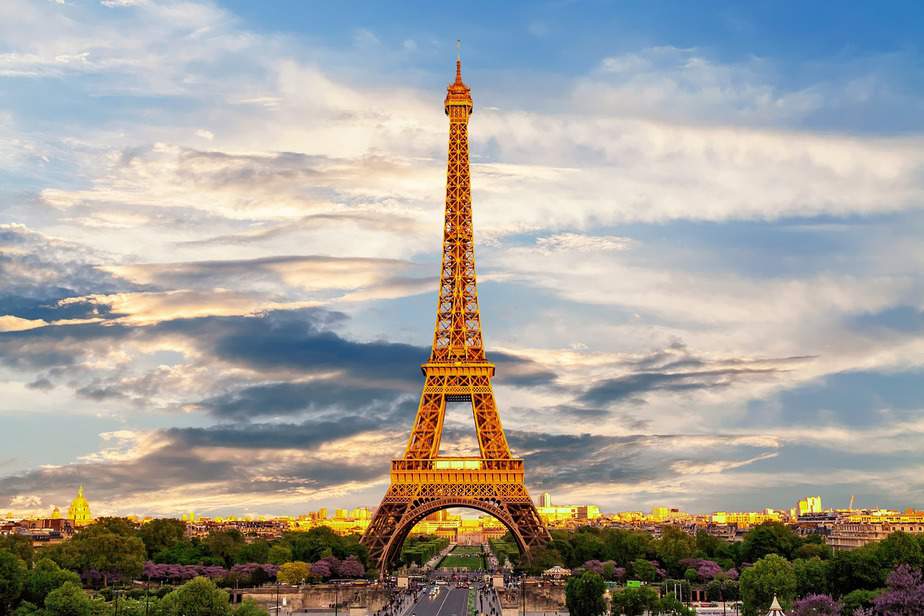 However, we believe there might be an even better thing for you to do…

Have you considered visiting the Montparnasse tower instead?

Often criticized and denounced as the ugliest building in Paris, the impressive Montparnasse tower is the tallest skyscraper of the French Capital and the third tallest structure in France. It rises at 210m above the ground (which is almost 100 less than the Eiffel Tower). The black appearance of the tower, and its modern look which completely contrasts with the Parisian landscape, caused such an outcry when it was first completed, that Paris banned any further buildings above seven stories. Only a few years ago was the banned lifted for neighborhoods outside the city center. 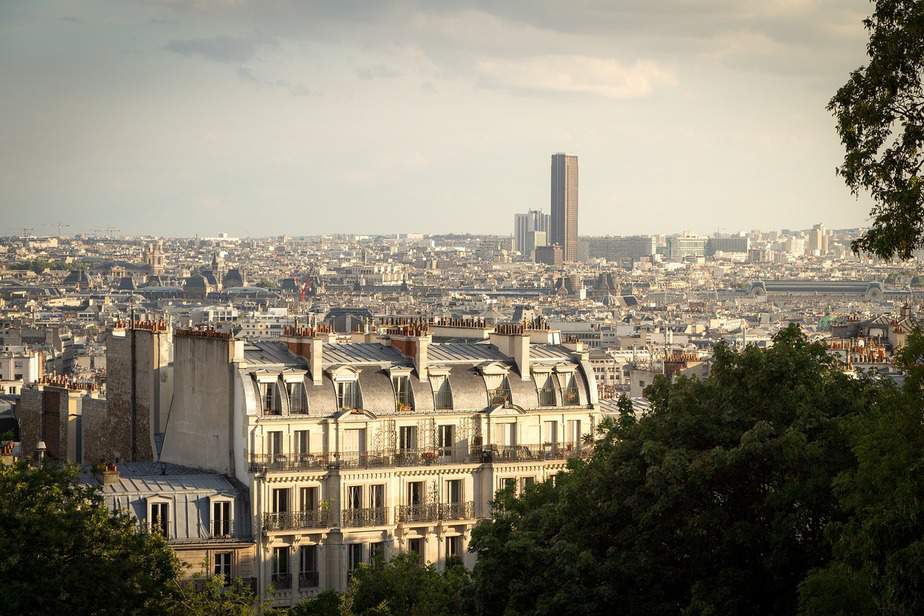 With such a description, you may wonder why we insist visiting the Montparnasse tower over the Eiffel Tower could be a good choice. Well, bear with us and find out!

This one is probably the most obvious thing there is to say about the Montparnasse Tower. At 210m above the streets, the view of Paris is breathtaking!

Now, we see you coming. So is the view from the Eiffel Tower, right? After all, its observation deck is 50 meters higher… Yes, but let us ask you one simple question. If you had to show a panoramic picture of Paris to your friends, what would you like them to see in it? If you are like most people, you probably want a scenic view of Paris with the Eiffel Tower in it! Which, is quite difficult to achieve when you stand on the said Eiffel Tower!

The view from the Montparnasse Tower is a 360 degrees panorama with a 40 kilometer visibility on clear days (roughly 25 miles). The whole city is visible from there. The Eiffel Tower is in front of you. Then, as you pan to your right, you will progressively discover the Arc de Triomphe, the Grand Palais, the dome of Invalides, the Sacré-Coeur, the Louvre, Notre-Dame… On your left, the high-rise buildings of la Défense seem even more majestic as they rise above the big park of Bois de Boulogne.

Moreover, the Montparnasse Tower is a real office building, and not just a metallic structure. You may see the view from the top restaurant, from a bar or from the panoramic rooftop. There are several viewpoints, which allow you to enjoy the experience year round, irrespectively of the weather.

Le Ciel de Paris is the 56th floor restaurant of the Montparnasse Tower, serving food by chef Christophe Marchais in a cosy and yet impressive décor by architect Noé Duchaufour-Lawrance. The whole place seems to perfectly match with the amazing view that the large floor-to-ceiling windows display.

Let’s face it, this restaurant is quite expensive and the service is not always very pleasant. However, the restaurant is located almost 50 meters above its Eiffel Tower counterpart – Le Jules Verne – and offers the unforgettable experience of dinning with the City of Light at your feet.

Often less crowded, and less loud, than the Eiffel Tower restaurants, it is a good thing to do if you don’t have young children. The place is not really a family-friendly restaurant, but it is probably one of your best bets if you are a couple looking for a romantic stop after your day full of visits. Be careful prices rise tremendously for Valentine’s Day! 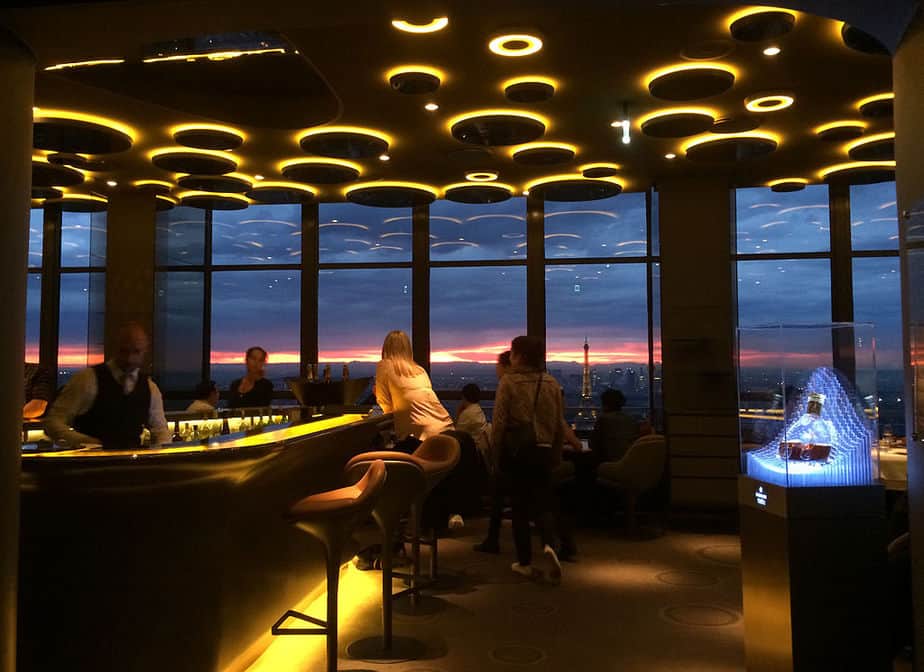 Both buildings represent quite a budget to visit, for a family. However, the Montparnasse Tower is slightly cheaper. Indeed, the adult ticket costs 18€, whereas the Eiffel Tower adult ticket to the top costs 25€.

On prices for a family, the fierce battle of the towers seems so far to be a tie with much cheaper options for children at the Eiffel Tower but an Adult ticket much more expensive…

However, the Montparnasse Tower has a secret weapon… the DAY/NIGHT TICKET.

This special ticket costs 23€ for an adult (that’s right, it’s still less than 1 adult ticket for the top of the Eiffel Tower) and it allows you to go to the top of the Montparnasse Tower twice in 48 hours, so you can enjoy the view during the day and by night! 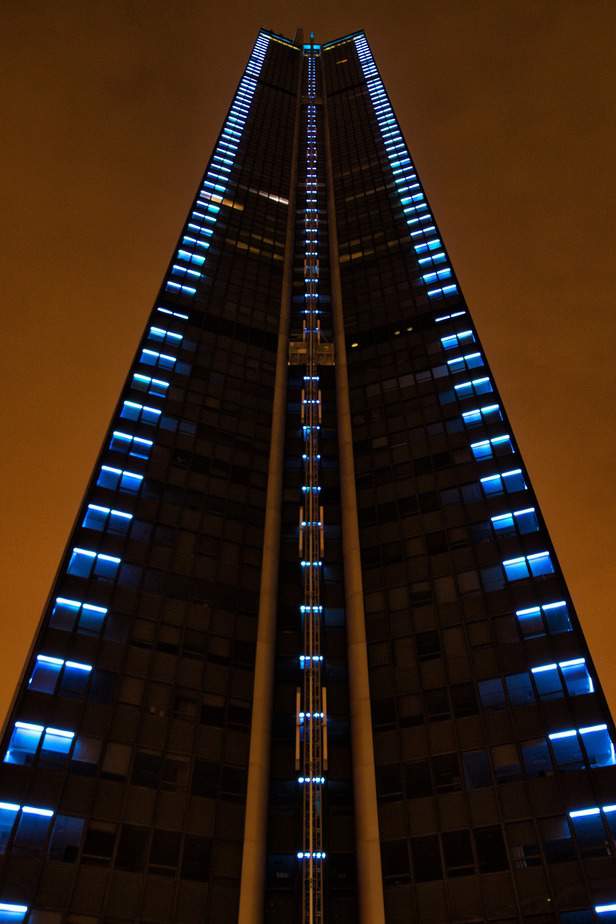 The Eiffel Tower is one of the most popular attractions in France. As a result you should expect very long lines and waiting times before having a change to board the elevator. You can purchase your ticket in advance but even then, lines remain horrid and you may wait for your turn for two hours or more. In addition to this, since the attacks of 2015, a bulletproof wall now circles the entrance and you must go through extensive security checks to get in, thus extending even more your waiting time.

At the Montparnasse Tower there is also security, and you may purchase your ticket in advance…but since the building is way less popular, there is usually almost no waiting time at the elevators (the fastest ones in Europe!) and you may proceed rather quickly.

This is really appreciable when you are on a tight schedule. You may expect to spend one hour/one hour and a half at the Montparnasse Tower, while you would need an entire half day for the Eiffel Tower.

Also, the Montparnasse area is a bustling neighborhood, and not a too-touristy one. It is vibrant and filled with restaurants, theaters, and bars. It is very well served by public transportation as the Tower itself is surrounded by no less than 7 immediate Metro stations (located on lines 4,6,12 and 13 mostly), one major train station (Gare Montparnasse) to which you would arrive if you rode the train from the South West of France (Bordeaux, Biarritz…) into Paris, and it is roughly 15 minutes away from the beautiful Luxembourg Gardens, by foot. We may even assist you fitting the Montparnasse area in your schedule by creating a customized tour just for you!

Nearby, you may also visit the unique Paris catacombs, and their miles of underground tunnels…

The Eiffel Tower is in a calmer area, much more touristy, and expensive. If you visit it by night, there isn’t many things to do around it.

At last, the Montparnasse Tower offers a complete experience. Year round, you may enjoy informative tablets with games, information about the buildings and neighborhoods you see, and kid-friendly contents.

At any time you can go to the bar, and there is also a champagne bar!

Sometimes, the rooftop terrace is home to exceptional activities. Check their schedule as you may be tempted, depending on your visit day, to try trampoline, yoga, ice skating, or dancing on a 210m-high rooftop! In these cases, there is usually an extra-fee but we believe it is an experience of a lifetime. Imagine being able to tell your friends you’ve been ice skating in the skies of Paris… 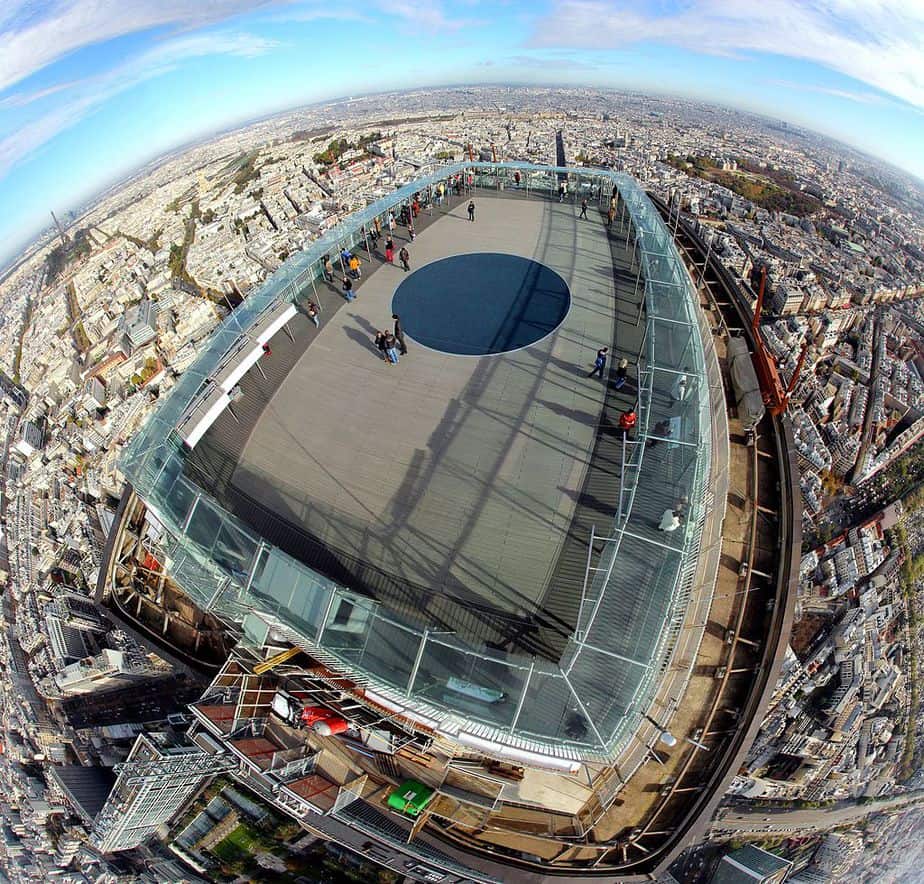