Top Activities & Things to do in Chinatown Paris 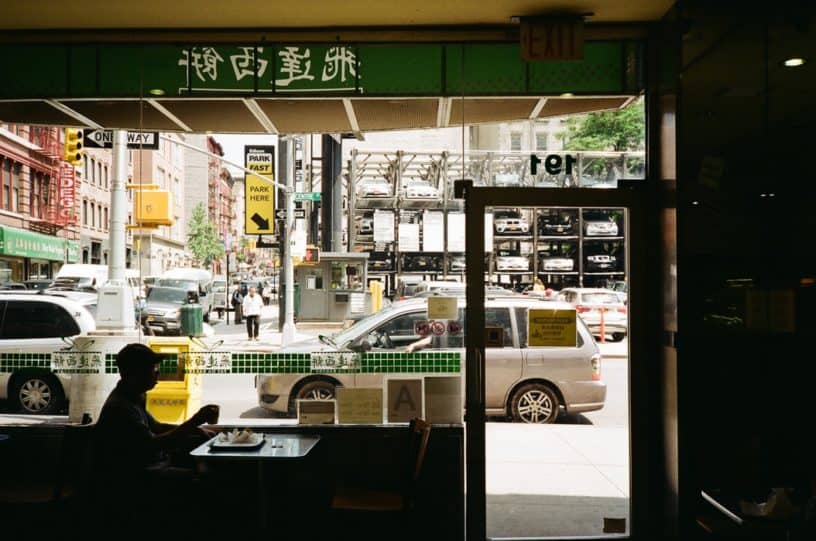 Top Activities & Things to do in Chinatown Paris

The French call them Quartier Chinois; and there are two of them located in Paris.

The first Parisian Chinatown is located in the 20th arrondissement in a neighborhood known as Belleville. It is the lesser known and visited of the two, particularly amongst the tourist crowds.

The main Parisian Chinatown is in the 13th arrondissement; almost on the outskirts of the city on the Left Bank of the Seine. Aside from being the favorite Chinatown in Paris, it is also the oldest known Chinatown in all of Europe.

This Chinatown in the 13th came about during the 1970s as a result of the increasing number of Chinese refugees fleeing Vietnam for France. Aside from the refugees, there were also large amounts of legal settlers who made their way to France in search of new life. 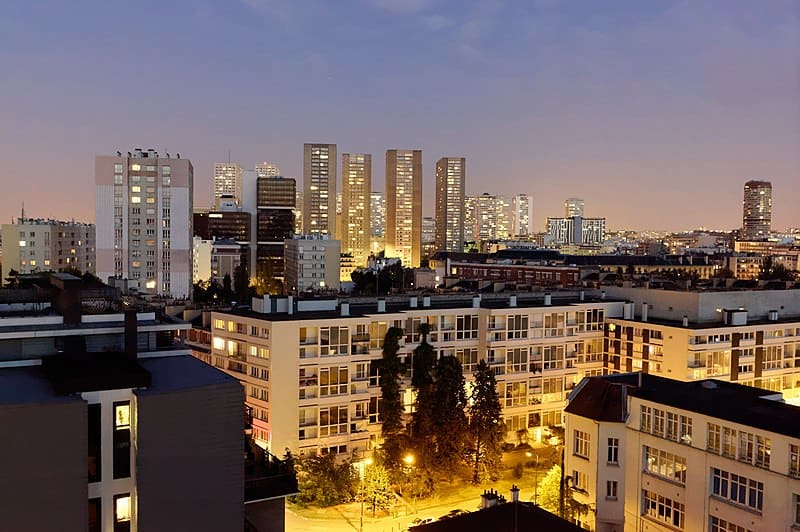 When these immigrants arrived in Paris the 13th posed as the perfect base from which to set up new life. The high rise urban development buildings were empty, and offered cheap rent to anyone who was interested.

And so the people began to build a life in the far south of Paris, seemingly worlds away from the central districts in which the locals and tourists tended to flock.

Eventually the streets of the 13th became filled with Chinese shops, restaurants and social spaces. It’s existence spread via word of mount and today Chinatown is a Parisian neighborhood loved by both the tourists and locals who pay regular visits.

Here are a few things not to miss while in this area!

Tang Freres is the most famous shop in Paris’ Chinatown. The chain is owned by Laos Chinese brothers who brought the concept to life after settling in France. 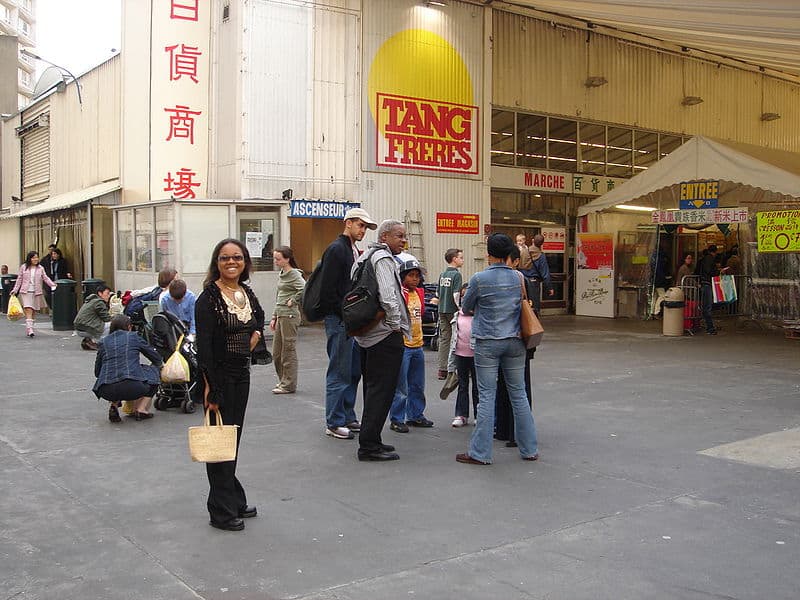 The supermarket imports most of its stock and produce from China directly, so much of it made up of things you’ve never even seen or heard of before. Its fun to walk through the aisles and pick out strange foods or ornaments that make you feel like you’re somewhere other than Paris.

There are a few Tang Freres stores around the streets of the 13th arrondissement, doing a guided walking tour in the area will reveal each of them along with many other weird and wonderful places to shop.

Because the buildings in Chinatown were already erect once the immigrants moved into the city, none of the infrastructure is identifiably “Chinese” per se. It was all developed by European architects who couldn’t have anticipated the influx of people from a foreign land. 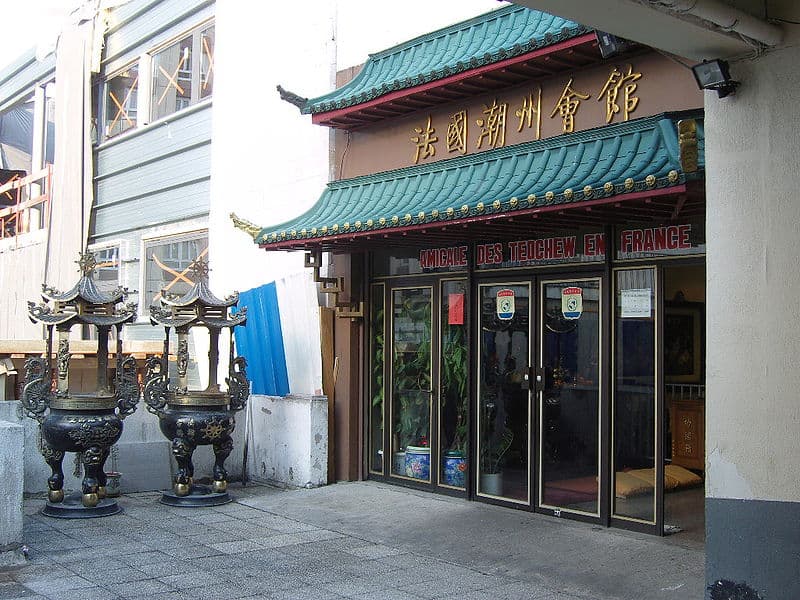 A temple in Paris’ Chinatown – by Ordifana75 – Wikimedia Commons

Because of this there is a misconception that Paris’ Chinatown is void of some of the authentic temples and venues that Chinatowns are supposed to have. They’re there, they’re just hidden inside very usual looking buildings.

Walk over the Rue de Disque and find the car park. Hidden inside the entrance is one of the most beautiful Buddhist temples you’ll find in France. Visitors are welcome — if you can find it, that is.

The Olso building in Chinatown is a strong, concrete structure in the heart of the district. Inside, you’ll find a small mall that is known for having the cheapest and most colorful goods for purchase.

If you’re at all interested in the culture of Southeast Asia take some time to visit this spot. The ornaments, decor and clothing available for purchase aren’t anything that you’ll find anywhere else in Paris. The prices are also unbeatable with everything going for just a few euros a piece. 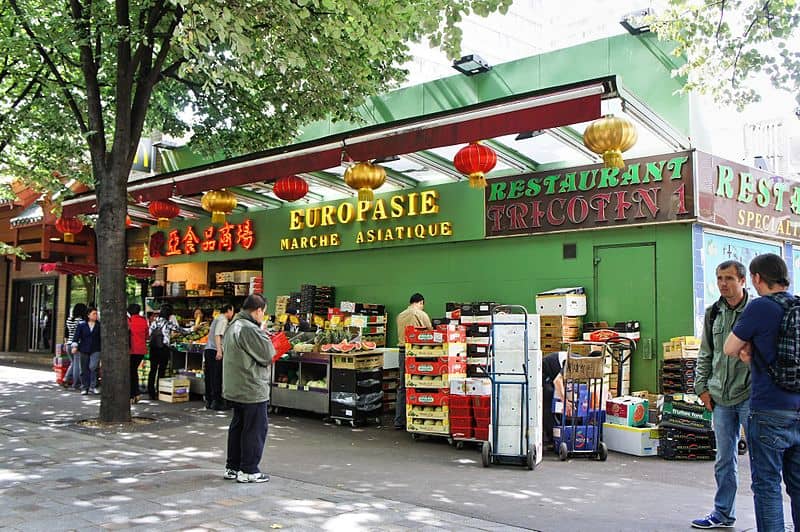 The attractions in Chinatown can be hard to pin point as most lie inside of or behind buildings that make up the districts infrastructure. Walking is the easiest way to find each place, and the locals are only too happy to point you in the right direction.

The Olympiades Shopping Centre is considered the biggest attraction in Chinatown Paris. If you’re meeting a friend in the district, this is the most central point from which to do so.

The afore mentioned Olso building forms part of a series of structures that make up the entirety of the Olympiades. 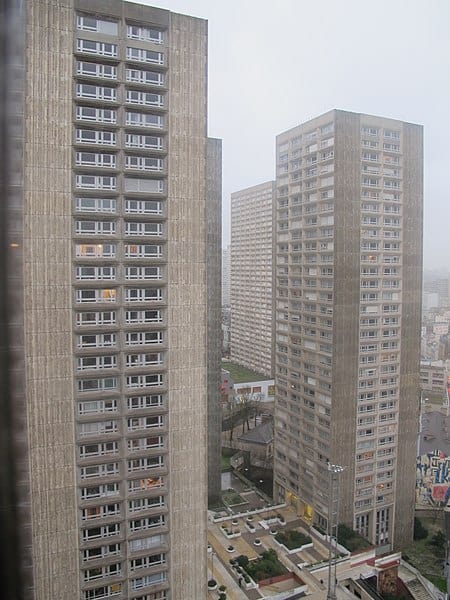 Chinese and Vietnamese cuisines dominate the part of town, and the options for food here are endless. You’ll gorge on Pho, dimsum and noodles until you need to roll yourself back to your hotel.

The Olympiades is where you want to be on the annual New Year Lunar parade in Paris. The parades and street festivities are unlike anything you’ll see in France. Don’t miss the dragon dances or martial arts demonstrations!

Attractions in the 13th Arrondissement of Paris

Paris’ Chinatown is within walking distance from a few other notable attractions in the 13th arrondissement. Since you’re venturing this deep into the south it makes sense to visit a few if you can.

The Place d’Italie is slightly north of the Olympiades centre. It is a grand plaza, spanning over 200m with the Town Hall of the 13th constructed in the space. 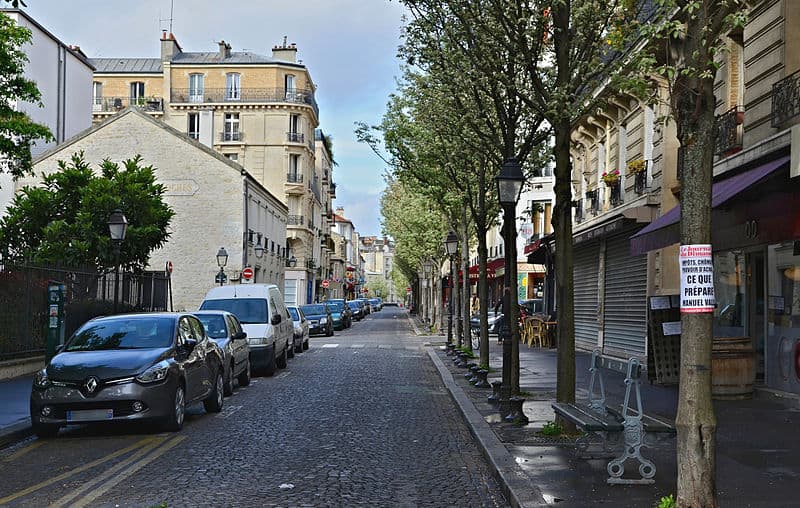 The Butte aux Cailles district is another part of the 13th not to be missed! The cobblestone streets are laden with galleries and art deco houses that are refreshing to see in Paris. There is also a 1920s style swimming pool that is open to the public, always best visited during the spring and summer months.

Near the bank of the Seine, on Quai François Mauriac, you’ll find the French National Library that also calls the 13th home. Within the glass structure are over 15 million works of literature and documentation, carefully preserved by the Nation of France. 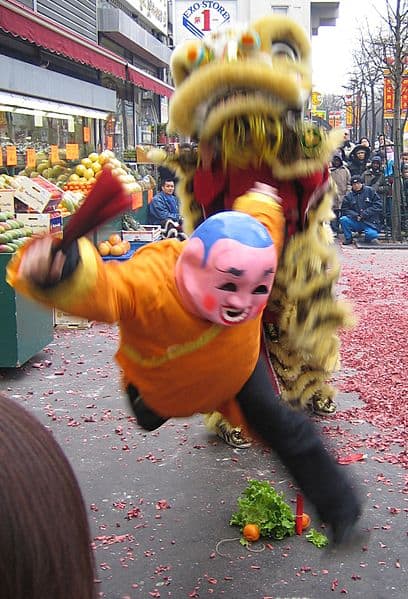 Both Chinatown and the 13th arrondissement as a whole have a multitude of things to do to entertain you for a day. Enjoy this culture shock in the Parisian south, a place that the whole family can enjoy.

I enjoy visiting Paris’ Chinatown on weekends! It’s a lot more vibey and street life is buzzing too.