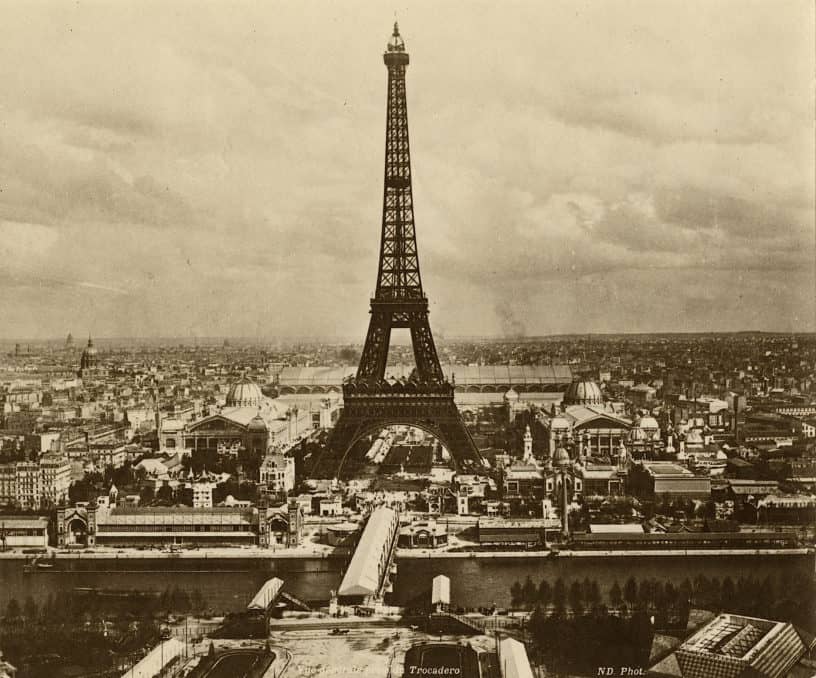 In this article, I want to share a brief history of the Eiffel Tower. There are many articles about this iconic monument, which is why I’ve decided to write a small article to talk about its history! You will get to know the Iron Lady a little better, before actually meeting it!

The Eiffel Tower was erected in 1889. It is now the symbol of the city of Paris! Its history is very interesting. Its construction has caused a few worries to its creator, Gustave Eiffel. Its design was innovative and different from the architecture of the time, which is why it wasn’t even supposed to remain. It was a temporary construction that was to stay only twenty years. But its revolutionary architectural style changed its fate. Now, approximately 7 million visitors climb the Eiffel Tower every year! Now, you’re going to learn about when the Eiffel Tower was built and how long it took, who built the Eiffel Tower, why they built it, and if it was indeed as beloved back then as it is now. Read on and find out more about the brief history of the Eiffel Tower…

When was the Eiffel Tower built? 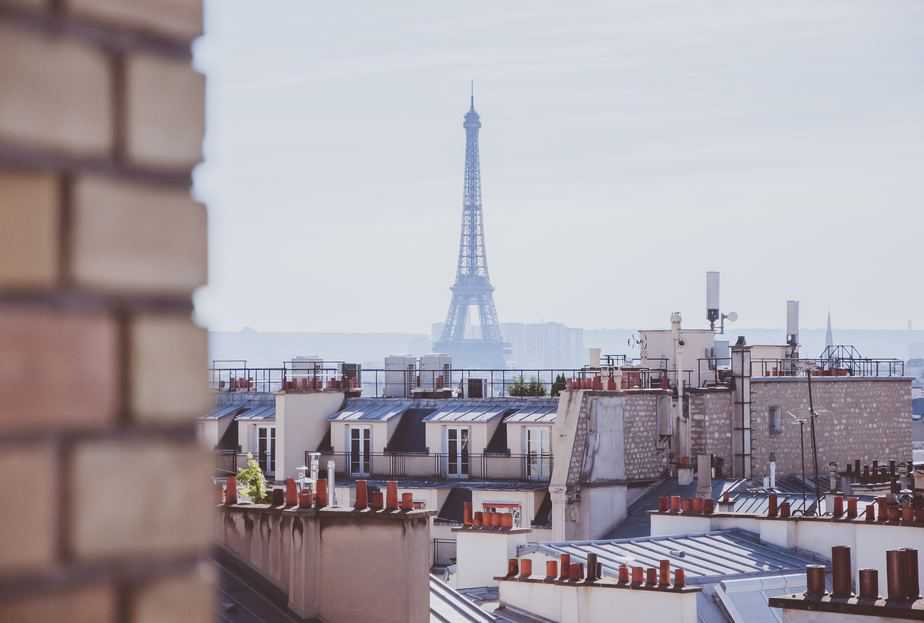 The construction time of the Eiffel Tower is actually quite impressive. The first digging work started on the January 28th 1887. On March 31st 1889, the Tower had been finished in record time. It only took a total of 2 years, 2 months and 5 days to construct! But who decided to place this giant object in the middle of the city? Keep reading to find out more.

Who built the Eiffel Tower? 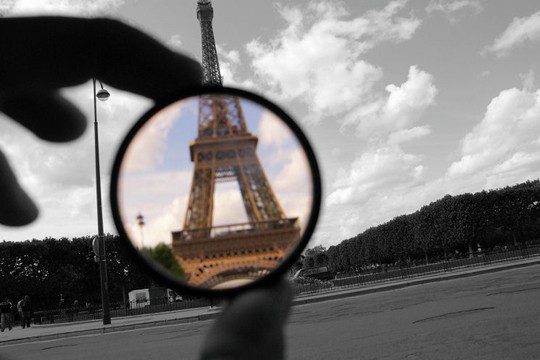 The Eiffel Tower was named after Gustave Eiffel, whose company was in charge of the project. Gustave Eiffel was not, however, the primary designer of the famous iron structure. Eiffel had the help of engineers that worked for him in the Compagnie des Établissements Eiffel – Maurice Koechlin , Émile Nouguier, and  architect Stephen Sauvestre.

In recognition of the engineers, scientists and mathematicians who contributed to the construction of the tower, the names of these persons were engraved on the side of tower. 72 names, to be exact.

Why was the Eiffel Tower built ? 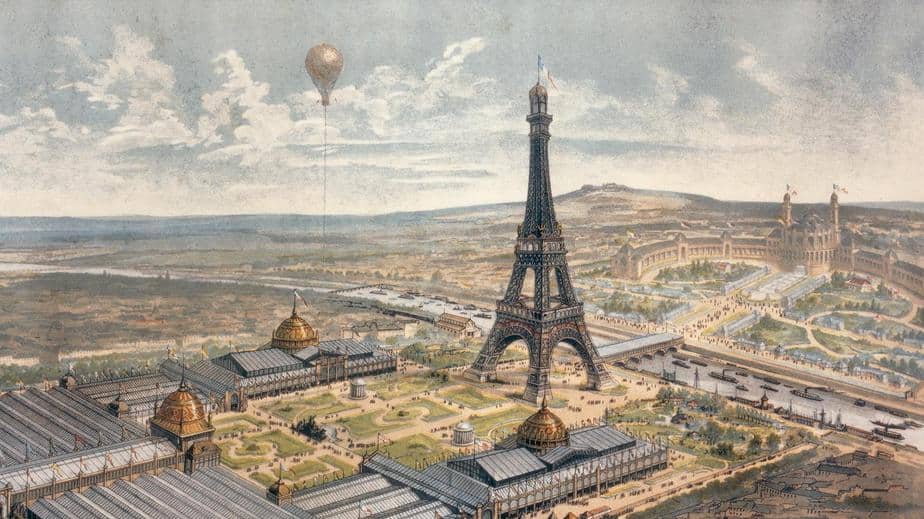 The Eiffel Tower was built in 1889 to celebrate the French Revolution’s centennial year during the Exposition Universelle at the Champs de Mars. The purpose was to show the other nations the power and the industrial abilities of France. The tower was constructed by the Seine and its rounded shape was used as the entry to the exhibition. The Eiffel Tower was entrance to the Exposition Universelle.

The iron structure marked the beginning of a new form of architecture. In 1884, two important engineers that worked in the Eiffel Enterprise, which was founded by Gustave Eiffel, Maurice Koechlin and Émile Nouguier, started making plans for the 1889 Exposition Universelle. They proposed the project of a 300 meters tall tower. Then, Gustave Eiffel asked Stephen Sauvestre to redesign and refine the tower. Sauvestre added a few arcs and decorations. He beautified the project. 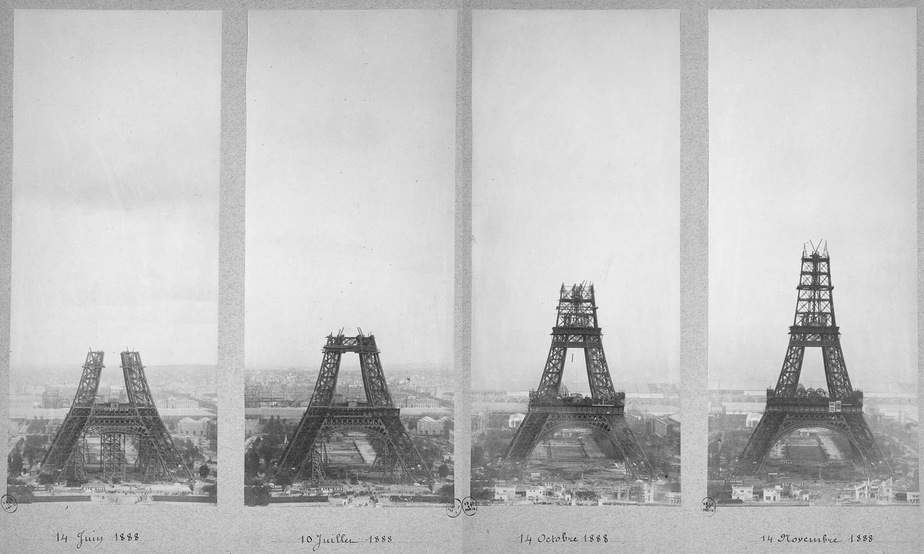 The construction lasted for two years, two months and five days. This was a technical achievement. Each piece of the tower is designed and calculated with utmost accuracy. The steel industry was burgeoning and strongly influenced the choice of materials. Iron was produced in large quantities and its price was affordable, which allowed the construction of imposing structures, such as the Eiffel Tower. 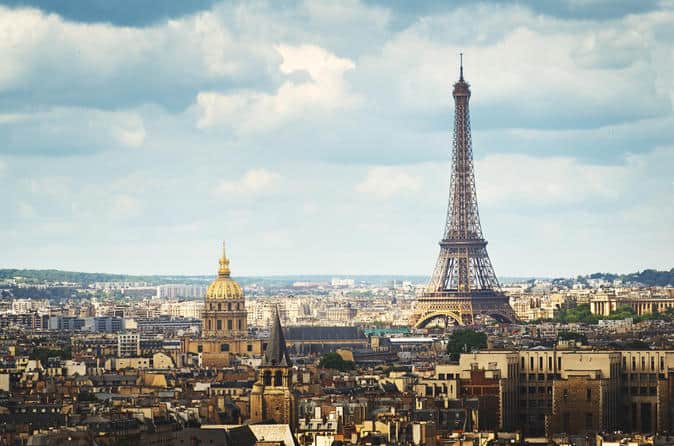 Today, the Parisians are proud of the impressive Eiffel Tower. It stands tall above the city and definitely became the most emblematic monument of the city! But when the construction was over, most Parisians hated it!

In a letter signed by artists of reference, such as Guy de Maupassant, the critics were very harsh. They thought the iron structure outshone the classic and elegant city of Paris. Parisians talked about the Eiffel Tower as “grid” and “factory chimney”.

Despite the criticisms, the Eiffel Tower established itself as one of the highlights of the city.

Was the Eiffel Tower meant to be destroyed?

The Eiffel Tower was to be a temporary structure. Its sole purpose was for the Exposition Universelle. After the exhibition, it was to stay for twenty years and then be destroyed. 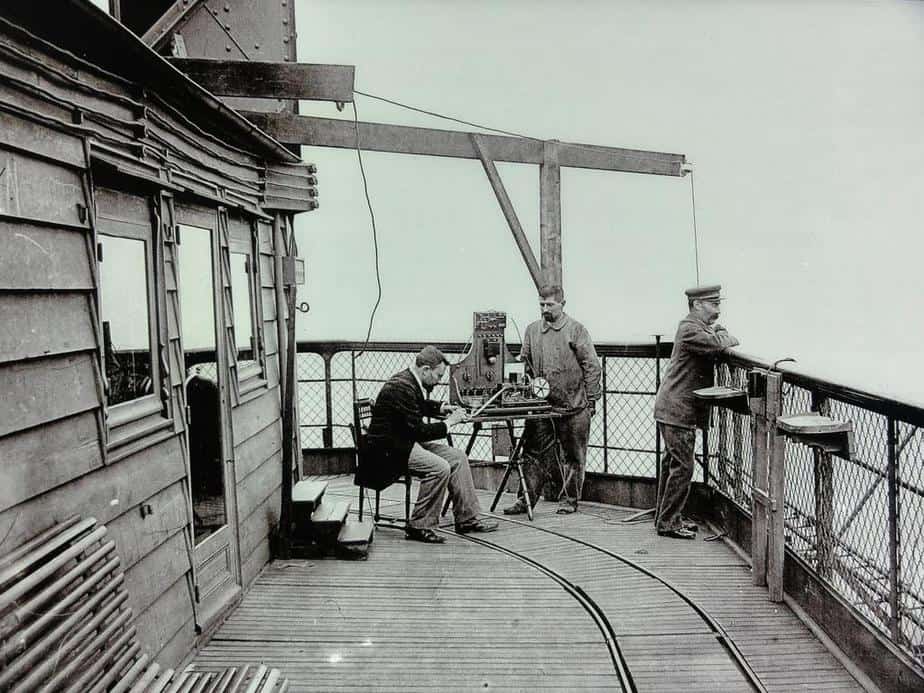 In 1897, the first broadcasts of radio began. So, the Eiffel Tower became a strategic point for the city. It wasn’t a simple place to visit, it gained a strategic and military purpose. This is what convinced the city of Paris to keep the Eiffel Tower. During the first World War, the tower captured important telegrams, precious information was deciphered, and spies were exposed. Today, the tower contains 120 antennas. 32 radio stations and 40 TV channels broadcast from the top of the monument.

If you’re interested in the Eiffel Tower, read the following articles:

The history of the Eiffel Tower is quite amazing and unique. Its original purpose was to show the way to the Exposition Universelle, but it turned out to be the symbol of the city of Paris. One can say that the iron structure achieved many exploits and it definitely changed peoples’ minds with its new architectual style. The Eiffel Tower was a major role in the industrial revolution. It represented the evolution of a growing Europe. One of the most iconic parts of the Eiffel Tower these days is the view of it at night. Every hour after sundown, the tower sparkles for five minutes on the hour, and it’s truly a splendid site to see.

And now that you know a little more about the history of the Eiffel Tower, I’m sure you will thoroughly enjoy visiting the tower! Don’t hesitate to contact us if you need further information about anything! I hope to see you soon in one of our tours in Paris!

With all your newfound knowledge on a brief history of the Eiffel Tower, check out one of our other articles on the top 9 fun facts about the Eiffel Tower! You’ll soon be an expert on all things “Tour-Eiffel”, and will have some impressive facts to impress people at dinner parties. Like, for example, did you know one woman married the Eiffel Tower because she was so in love with it? You heard that right. Also, they actually shot a music video at the top of the Eiffel Tower! Read more of the facts and let us know which are your favorites!

*Updated by Arielle in February 2020