Les Halles is the shopping district on the Left Bank between the Louvre and le Marais. Chain stores aside, les Halles is a wholesome Parisian suburb with parks, late night eateries and the beautiful Église Saint-Eustache church.

This neighborhood isn’t exactly the go-to for Parisian nightlife. It’s more of an early to bed, early to rise part of Paris. Since there are hotels and Airbnb’s in the area there are often visitors around who are keen on a nightcap close to home.

Here’s where you can find a bar or two worth your time in les Halles. 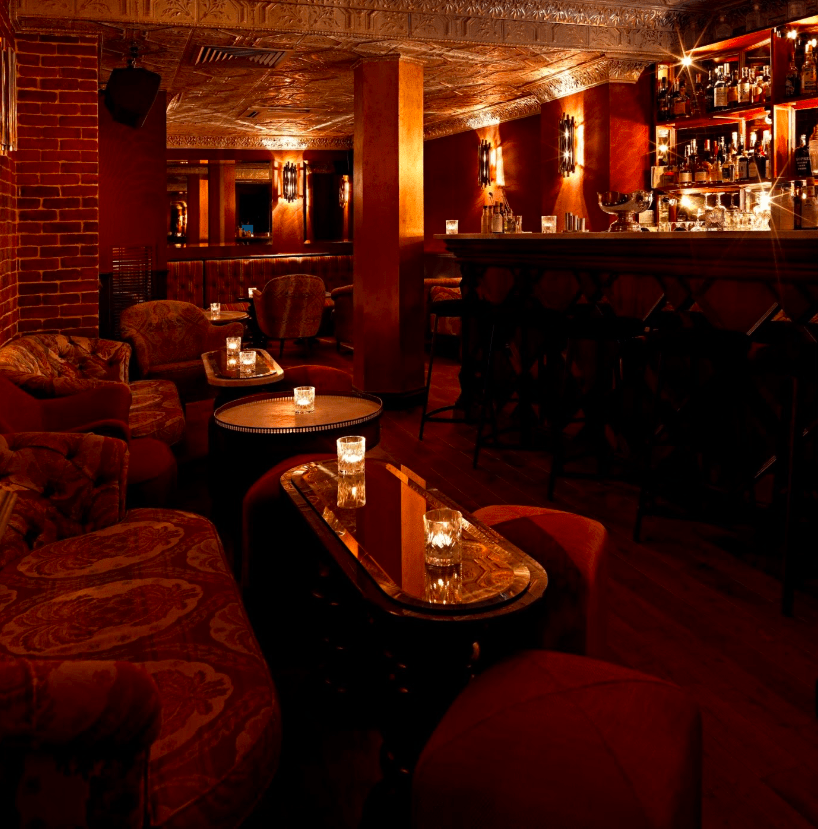 Ballroom in les Halles – by Ballroom – Uploaded by them

Andy Wahloo is an establishment that has been claimed by both les Halles and le Marias, since it technically lies right between the two in the north of the neighborhood.

The reason why both are so eager to claim ownership is because of the unusual concept that the bar embraces. It is the brainchild of the Mazouz brothers, a recognized name within the hospitality industry in Paris. 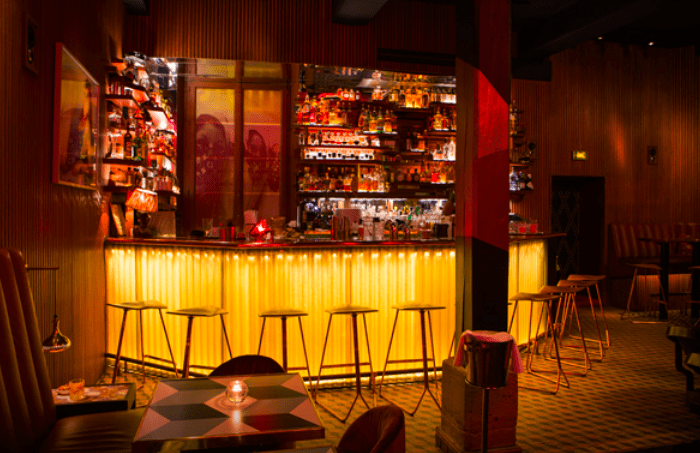 Andy Wahloo is an Andy Warhol inspired bar space with a Moroccan twist. The word “wahloo” is Arabic for “I have nothing” .

The interior of the bar is filled with discarded Moroccan furniture from the 70s and 80s. The space is dimly lit with neon signage and modern artistic flair, inspired by mister Warhol himself.

It’s a fabulous spot for a drink or two. I also recommend the Lebanese platter if you’re in need of something to snacks on. The opening hours are modest, like the area, you won’t be able to drink here on Mondays or Sundays.

OPENING HOURS: Tuesday to Saturday: 6:30pm to 2am

HyperBol is reported to be the lease assuming best bar in Paris. It sits right by the Center Pompidou, late visitors to this museum generally wander into HyperBol to extend their time in the area.

The title comes from the simple notion that it is rare in central Paris to find a bar in which one experiences friendly services, delicious and affordable drinks, consistently clean environment, wonderful patrons and well balanced entertainment. 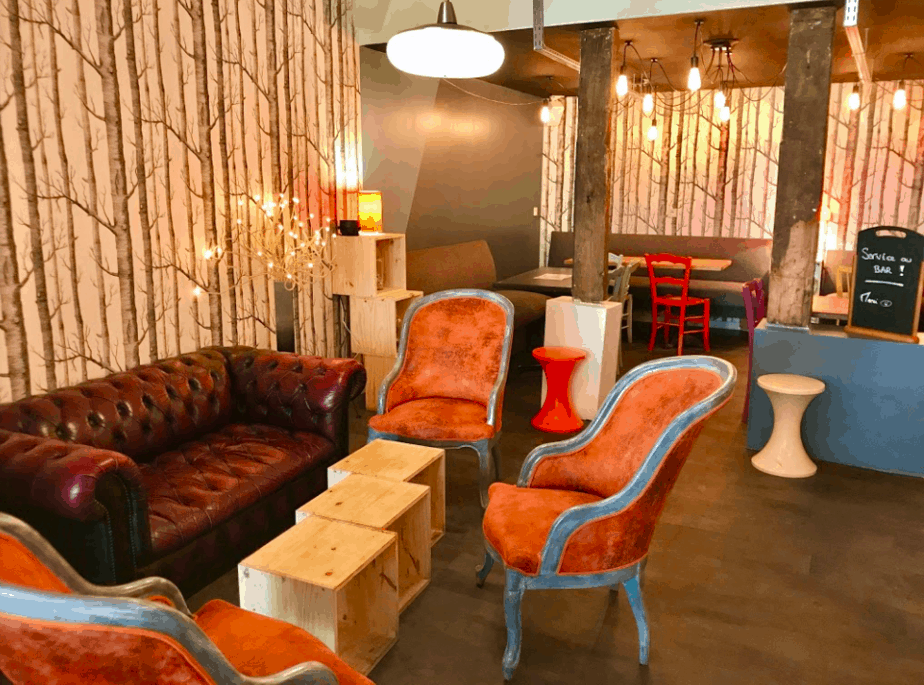 HyperBol embodies all of this and more. One also doesn’t have to reach a minimum spend amount to pay with a credit card. It is one of the favorite local hangouts in the area. They also have outdoor courtyard seating which is an absolute treat in the summer time.

Their happy hour prices make for the cheapest cocktails in les Halles.

OPENING HOURS: Monday to Saturday: 6pm to 2am

The Le N’Importe Quoi bar sits near the Seine and Pont Neuf in les Halles. Its somewhat of a tiki/island bar hybrid space, without the Easter Island head cocktail glasses.

Le N’Importe Quoi is also a sort of pub/disco hybrid. Evenings here start out like any other bar, and slowly morph into a a wild dance experience featuring throwback its from the 80s, 90s and 2000s.

In short, this is not the les Halles bar you go to for a quiet glass of wine over a good conversation. You’ll come here to get wild, to put it simply. The fact that the bar is open until 5am on a regular evening should be a good indication of the direction of the evenings. 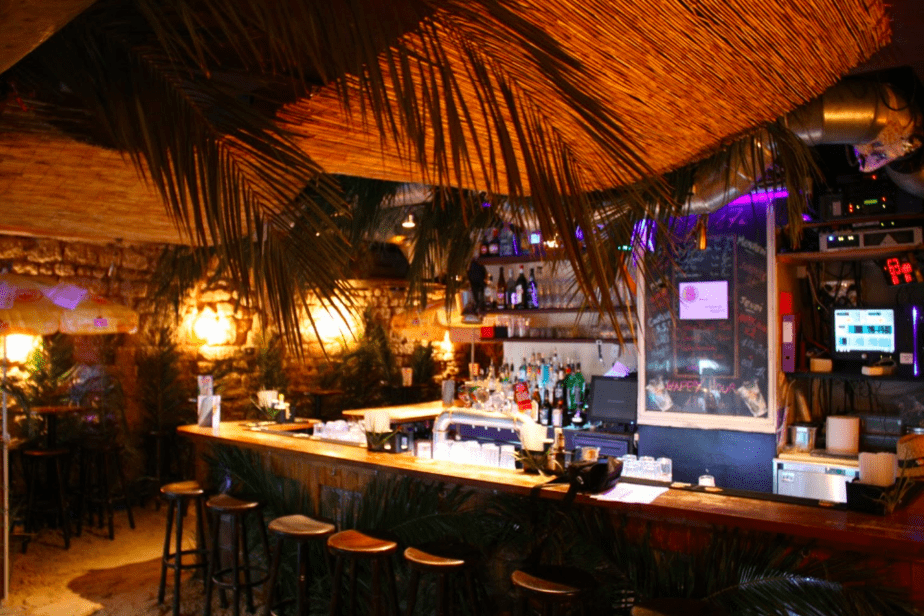 The cocktails are okay, not artisanal or speciality made but decent enough for someone just looking to take the edge off.

Should you get here and decide the atmosphere is simply not for you, the Bar Les Halles is right across the road. Much calmer and suitable for that quiet glass of wine or afterwork mingling.

OPENING HOURS: Monday to Saturday: 6pm to 5am

Barberousse is a short walk north from the afore mentioned bar. This is a specialty rum bar, featuring over 200 rum imports from around the world. If you yourself are a rum lover, or you’ve ever met one, you’ll know they’ll go to great lengths to be able to taste new and interesting versions of the alcohol.

In addition to their impressive rum collection the bar also offers whiskeys, wines and beers on tap. A pint will set you back just €5, cheap for the area! 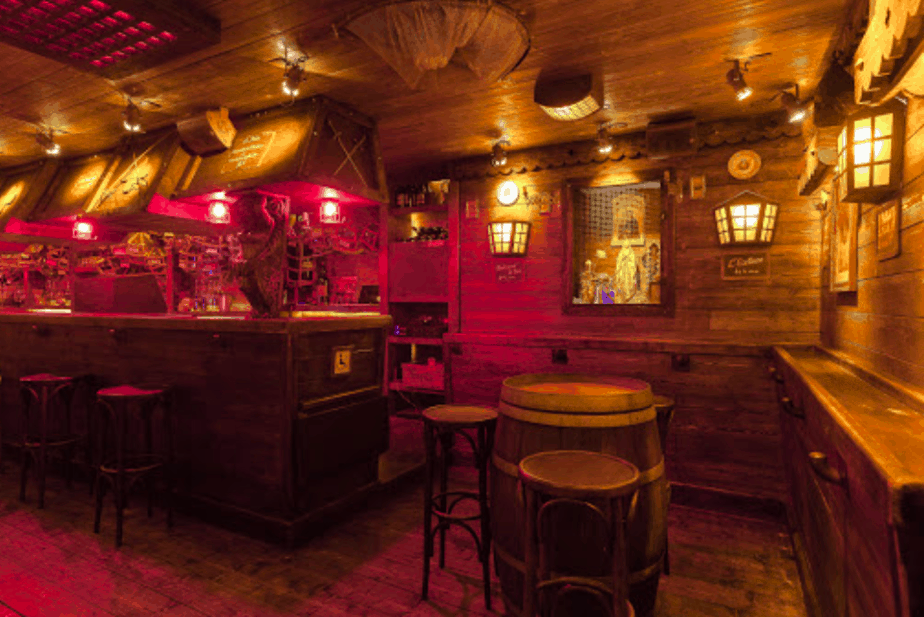 The intention inside the space was for Baberousse to resemble a classy pirate bar. The rum element needed to be emphasized through the ambiance and decoration and they’ve done well to do this without crossing that tacky concept bar line.

Like most bars in les Halles, no service on Mondays and Sundays I’m afraid.

OPENING HOURS: Tuesday to Saturday: 6pm to 2am

As free guided walking tours cross from les Halles into le Marais, the change in hospitality and entertainment options are highly noticeable. In le Marais there are spacious bare and clubs on every corner, in les Halles dance spaces are largely unheard of.

Le Ballroom is a double roomed bar/dancehall hybrid. The second room in the bar is only opened to the public after 11pm each evening. This is when the dancing starts. 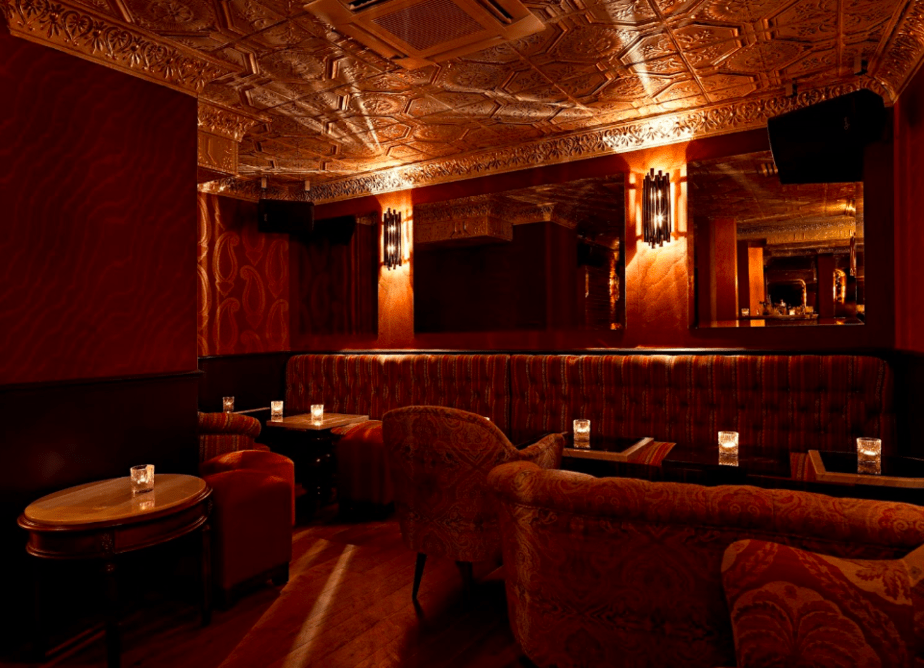 Ballroom in les Halles – by Ballroom – Uploaded by them

Instead of just having the bar staff controlling the music they employ a professional DJ each evening to guide the night. It’s the closet les Halls gets to having an underground music scene.

Wednesday nights are a lot of fun!

OPENING HOURS: Tuesday to Saturday: 7pm to 2am