Where to Find the Best Lebanese Food in Paris 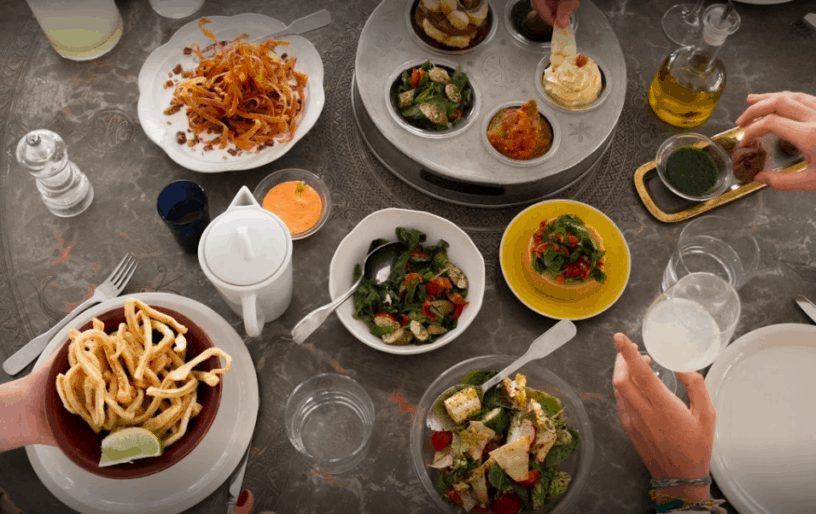 Lebanese food at Liza - by Liza - Uploaded by them

Where to Find the Best Lebanese Food in Paris

If there’s one thing I can track down in any city in the world, its good Lebanese food. There is nothing better than a carefully crafted plate of hummus, baba ghanoush, fresh bread and tabbouleh salads.

Thanks to immigration of people from the Middle East over the years, Paris has become a hub for the wonderful cuisines that came with them. 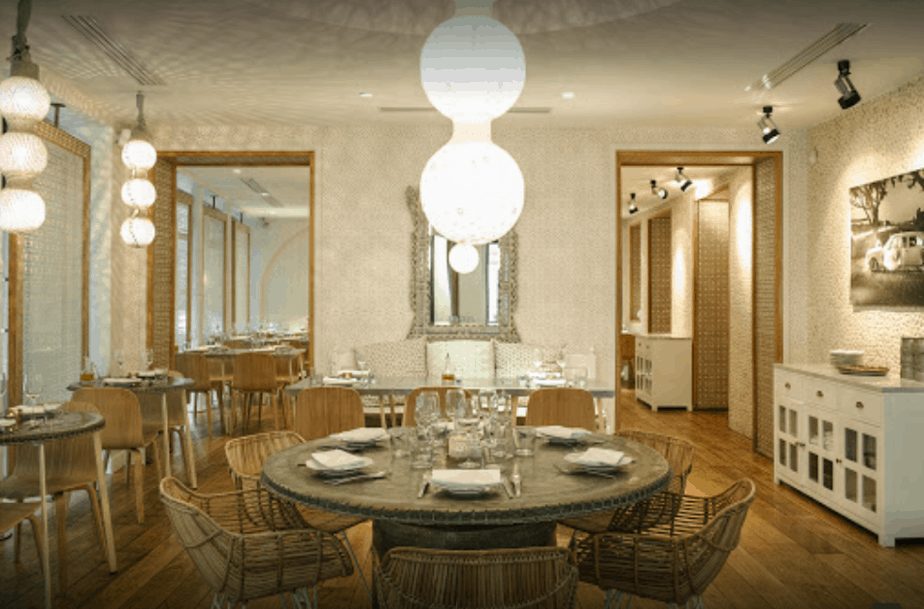 Liza in Paris – by Liza – Uploaded by them

Moroccan cuisine, authentic Tunisian, even Egyptian delicacies; all through the arrondissements you’ll find hidden gems that serve their food fresh.

Most of them are low-key; the main strip in Pigalle is littered with Middle Eastern food stores between the bars and peep shows. They usually stay open late so that you can grab something fried and tasty after your big night out.

For a sit down Lebanese dining experience I’ll gladly list some of the best… read on!

Lebanese culture is rich in Paris, particularly over in the 6th arrondissement where many of the early settlers made their homes in the city .

Chez le Libanais sits on the Left Bank near where you’d cross over from Notre Dame’s island. In terms of authenticity, this is as good as it gets outside of Lebanon; the perpetual queue of people outside is evidence of this. 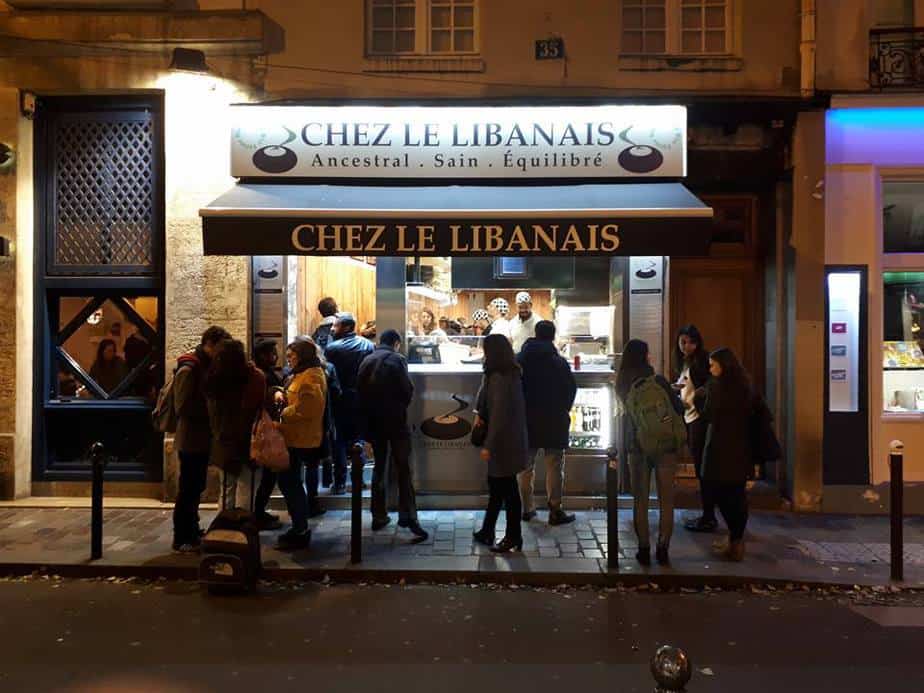 At Cehz le Libanais they use real over drums to make the flatbread exactly as they would in a real Lebanese kitchen. They are also not shy with their Harissa spice!

Space in this restaurant is limited and because of its popularity the crowds can get overwhelming. It is best to take your food to go and walk the two blocks north to the Seine river where you can dine in peace on the banks.

Have the falafel as your main meal and then indulge in their baklava for desert!

The Rue des Rosiers in Le Marais is the most lively road in the district. Here you’ll find an eclectic mix of cuisines hidden amongst the many synagogues and kosher stores that fill this Jewish neighborhood.

The world renowned L’As du Fallafel is on this road, and many mistake this as the Middle Eastern restaurant of choice in the area. Just a short walk down the road, Chez Hanna serves up even tastier food and at a fraction of the price. 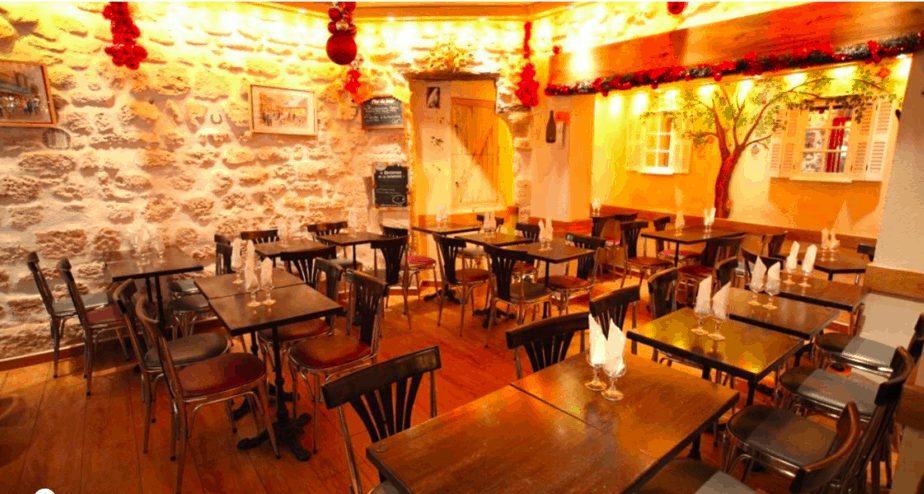 A sit down meal is not an unreasonable request at this Lebanese restaurant like it is at most others; there is ample space inside and outside of the store for diners to enjoy. What’s more, Chez Hanna is open from 11am until midnight daily, no days off.

This Lebanese spot is still somewhat of a hidden gem in Le Marais; enjoy a free guided walking tour before or after your meal.

Invalides being the history filled district that it is tends to work up an appetite in even the most determined of travelers. This is the military base of Pairs; and where you’ll visit the impressive dome that adorns the city skyline, as well as the tomb of Napoleon himself.

Visiting Invalides tends to take the whole day. When your hunger sets in, take a break from the space and head out of the western exit. Here you’ll find Chez Nagi, one of the best Lebanese restaurants in Paris. 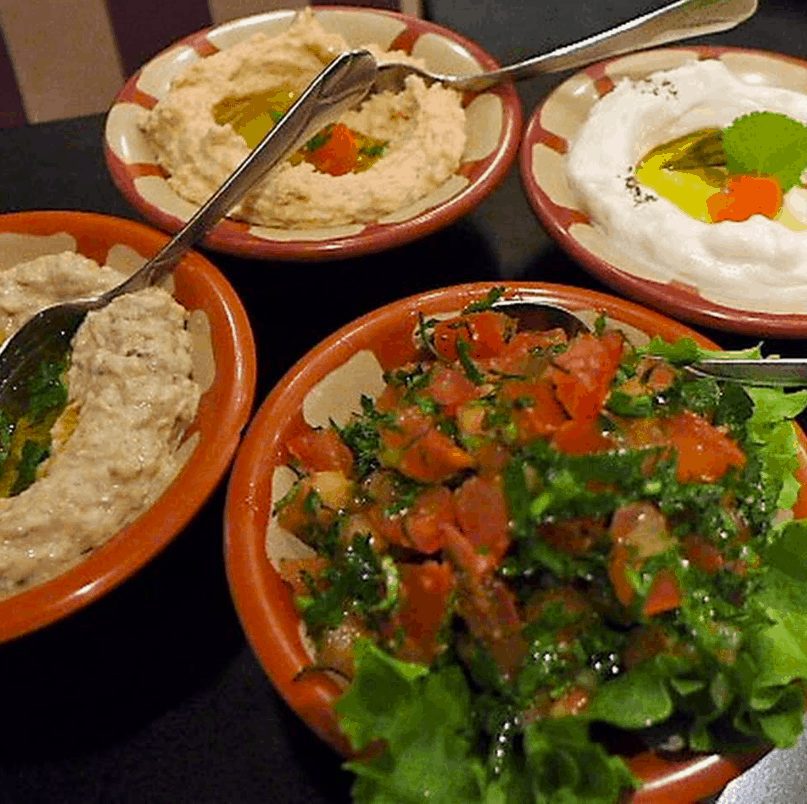 Chez Nagi tends to fill all their tables by midday. For this reason it is always best to book in advance.

The menu is extensive and includes every traditional Lebanese dish available. For this reason deciding what to eat can be a stressful endeavor. Chez Nagi offers a great tasting menu option that will give you a small portion of each major dish so you don’t have to choose just one.

Their baba ghanoush is the best I’ve come across out of all the Lebanese spots around the city.

This spot in the Saint-Martin area is one for the meat lovers of Lebanese cuisine. The menu has just two dishes on it, both comprising of either lamb, chicken or beef. Think skewers and Lebanese pizza with these meats as the main components. 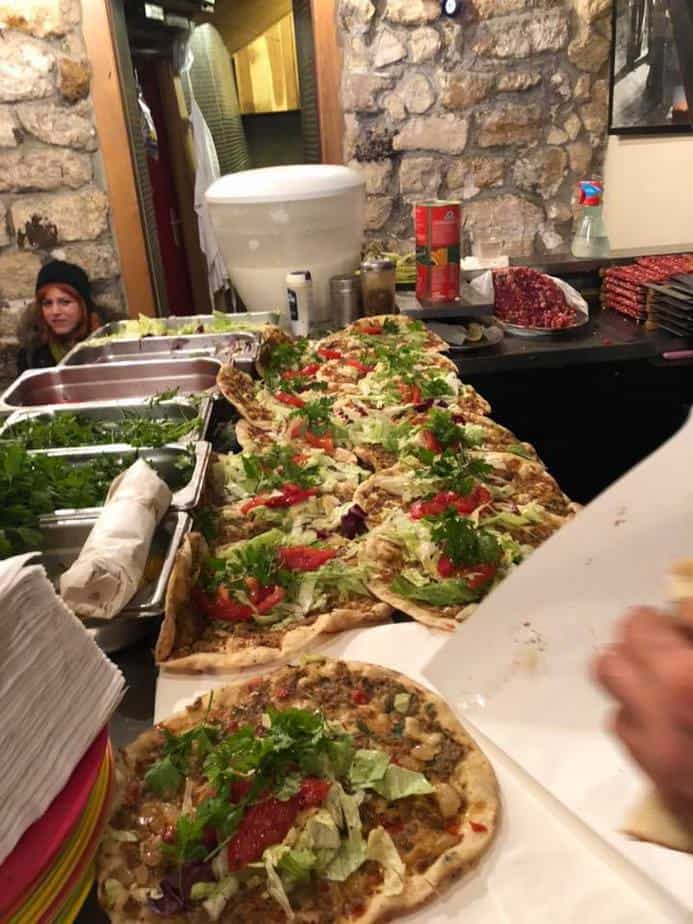 Both dishes are served with fresh-made flatbreads made in house at their wood-fired oven. Guests dine intimately at low tables with small stools for seats.

If Urfa Durum happens to be full, there is a great Turkish restaurant just next door. Not quite the Lebanese cuisine you wanted but delicious Middle Eastern flavors nonetheless.

The most beautiful little Lebanese spot in the 2nd arrondissement. Liza does both cold meze and piping hot dishes to perfection.

The space itself is charming as hell. Like something from a fairytale set in a Lebanese temple. My recommendation would be to dine here with a friend so that you can order a few of the individual plates to try with one another.

The tabbouleh is my personal favorite. Paired with their blended hummus, fresh bread and spices oranges you’re in for a real treat. 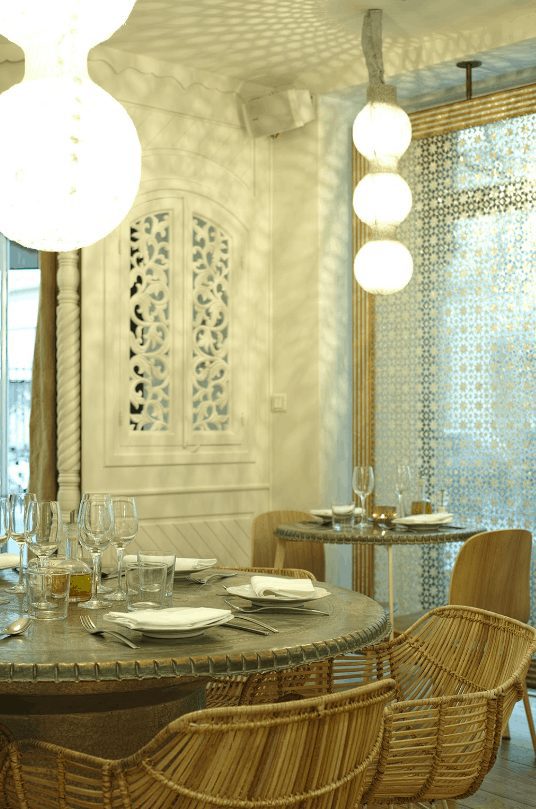 Liza in Paris – by Liza – Uploaded by them

Liza is open seven days a week. Consider walking north to the Grevin Museum during your visit. An hour or two in Paris’ wax museum is more fun than you think.

Lebanese, and Middle Eastern food in general, is widely spread through Paris’ arrondissements. While some boast impressive interiors and sit down style dining, others may require you to ‘grab & go’ while eating as you walk.

Whatever the dining style, Paris’ Lebanese food is worth the journey every time.