Why You Must Visit Mouraria in Lisbon 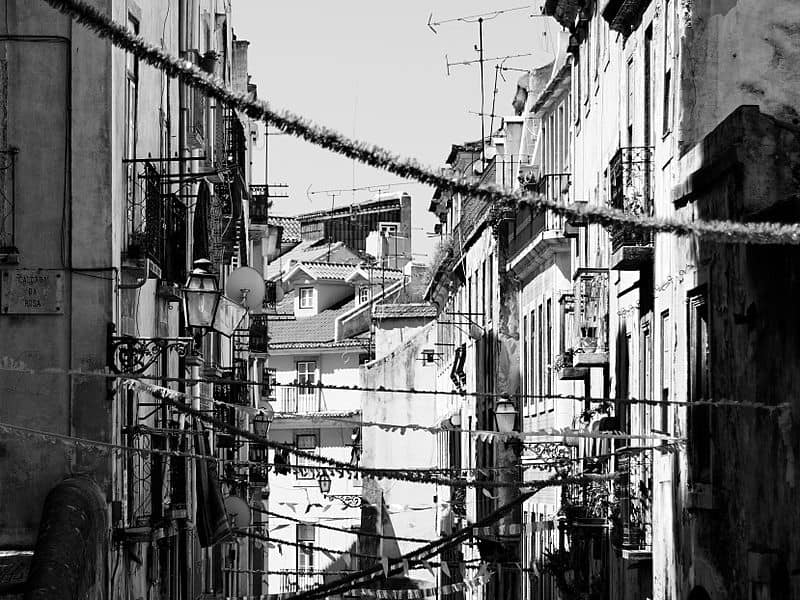 Why You Must Visit Mouraria in Lisbon

If there’s one thing I love it’s a good paradox, and the district of Mouraria in Lisbon is just that.

While being one of the trendiest, new-age places to see and be seen in Lisbon, Mouraria is also one of the most authentically Portuguese hubs within the city centre, with a rich history and culturally dated streets. It manages to hold both of these roles thanks to remain one of the least gentrified parts of Lisbon, in spite of the influx of contemporary culture. 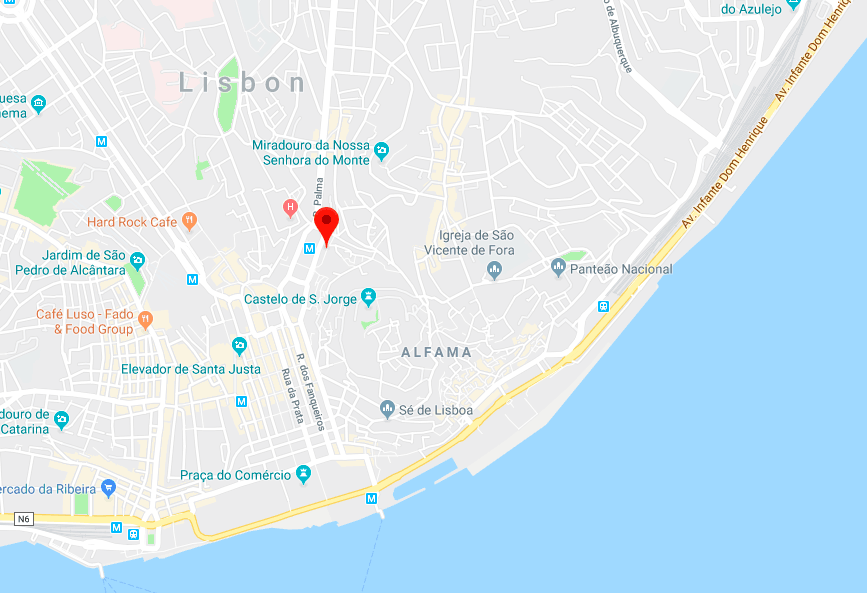 The beautiful paradox that it is, Mouraria sits on the northern boundary of the Alfama in the heart of the Portuguese capital. More and more travelers to Lisbon are putting this on their list of places to see while in town; it is said that Mouraria gives tourists a peek into old town Lisbon and what it used to be like years back.

Here are a few more reasons why you should add it to your list, too.

Mouraria is the Least Gentrified Neighborhoods in Lisbon

As you take a free guided walking tour through the Alfama in Lisbon, you’ll notice that while much of the area may be historic, a lot of it has succumb to gentrification to some degree. Just north, Mouraria exists totally void of the same developments that have occurred not far below, why is this?

This can be rooted back to pre-Carnation Revolution before the 70s, when the country remained under the harsh dictatorship of Salazar. In an attempt to purge the city of communal identity, it was ordered that many neighborhoods surrounding the city center be town down or totally destructed. 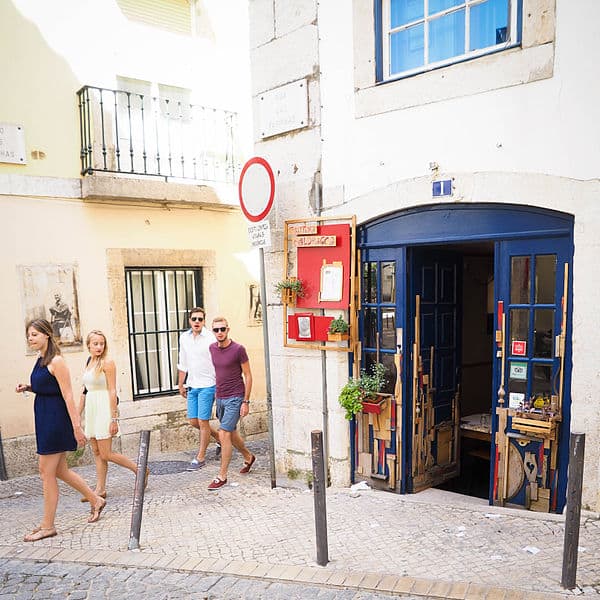 Most of the historic buildings in Mouraria were taken out, leaving the district largely undesirable and forgotten by the city. It was left to the poor communities of Lisbon, who needed affordable places to stay, to rebuild this impoverished part of town.

While this happened, Mouraria stayed off of the map for years. Emerging only long after the gentrification of the rest of the city as one of the only authentically Portuguese parts left in Lisbon. 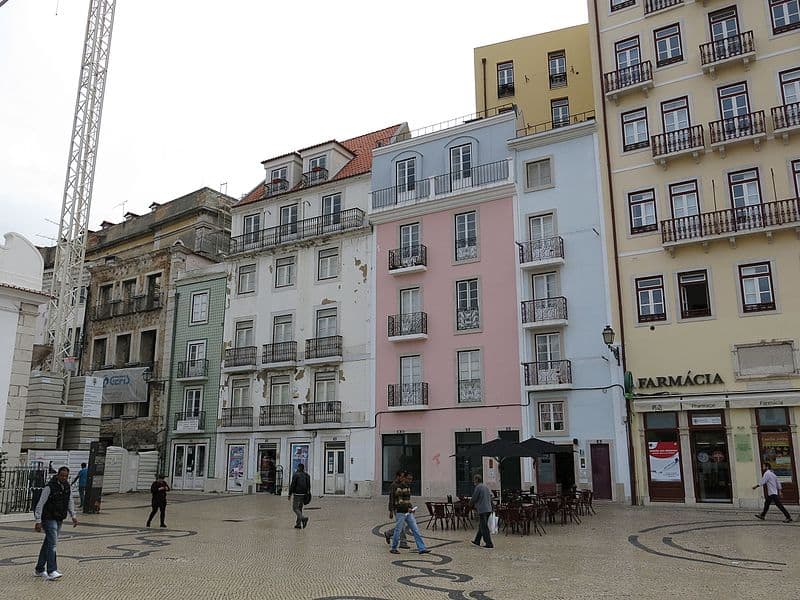 Mouraria is the Origin of Fado Music in Lisbon

At the beginning of the 20th century, many penniless artists were living in Mouraria as it was both affordable and central. One of these residents was a revered Portuguese prostitute named Maria Severa.

She brought fado music into the city through a love affair with an aristocratic resident, and here it would remain even long after her death from tuberculosis at age 26. Today her old apartment in Mouraria is a fado venue and restaurant called Maria da Mouraria – Casa de Fados, open Wednesday through Saturday between 8pm and midnight. 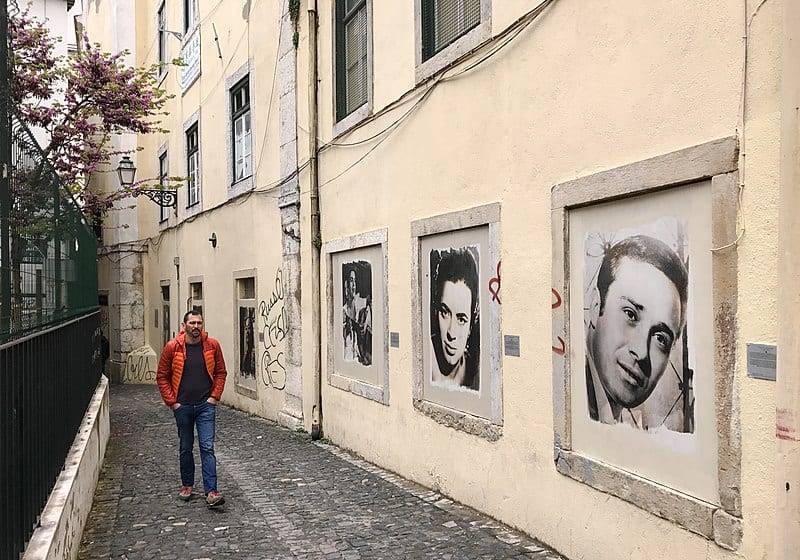 Tribute to fado legends in Mouraria – by Vernaccia – Wikimedia Commons

While neighborhoods like Bairro Alto might be there most popular spots to experience fado in Lisbon, Mouraria remains the birthplace of the craft

All of the most famous fado performers through history would have called Mouraria home at one point or another. 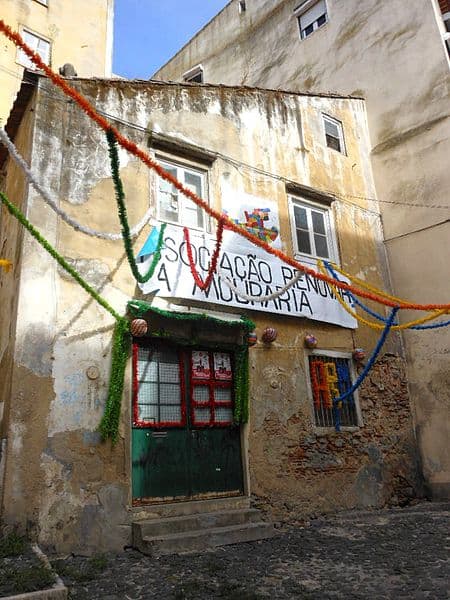 I refer to street art from both a painting angle as well as from the angle of Portuguese tile art as well.

Mouraria didn’t get the title of hippest neighborhood in Lisbon for no reason. There was always going to be a lot to see and do within these streets that caused enough interest.

The presence of street artists and performers in Mouraria can be traced back to when the suburb was first destroyed under the dictatorship. It became unappealing, which made it affordable and the ideal place for artists to live when first arriving in Lisbon. This tends to be the nature of impoverished communities. 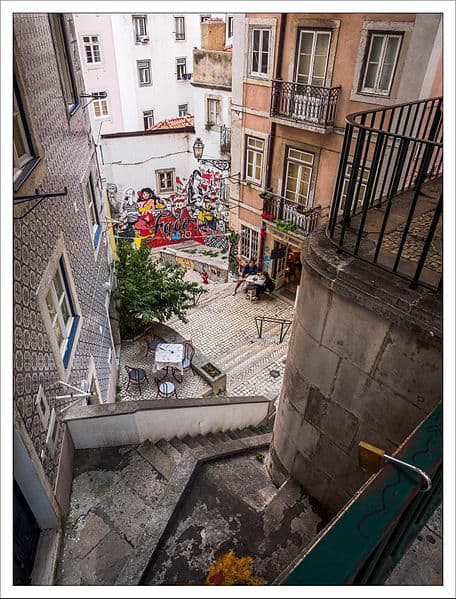 The artists banned together to turn Mouraria into a canvas. As you walk through Mouraria today you’ll marvel at incredible art panels across the building walls and graffiti every so often as well. Many of the buildings were retiled on the outside with traditional Portuguese ceramics. The residents of Mouraria also explored using bright colors for paint over entire homes.

It’s a beautiful, unexpected group of Lisbon streets that you can get lost in for hours. 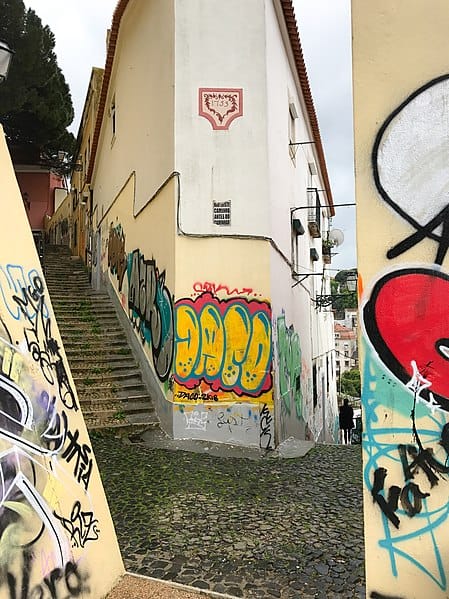 Mouraria is Rooted in Diversity in Lisbon

Despite being the ideal residing district for artists and performers, Mouraria has a long history of diversity within Lisbon which goes back to the beginning of life in Portugal.

Back in 1147, Mouraria became the Moorish ghetto of the city when the Portuguese king, Afonso Henriques, reclaimed the Lisbon city center and banished all Muslims from anywhere inside the castle walls. 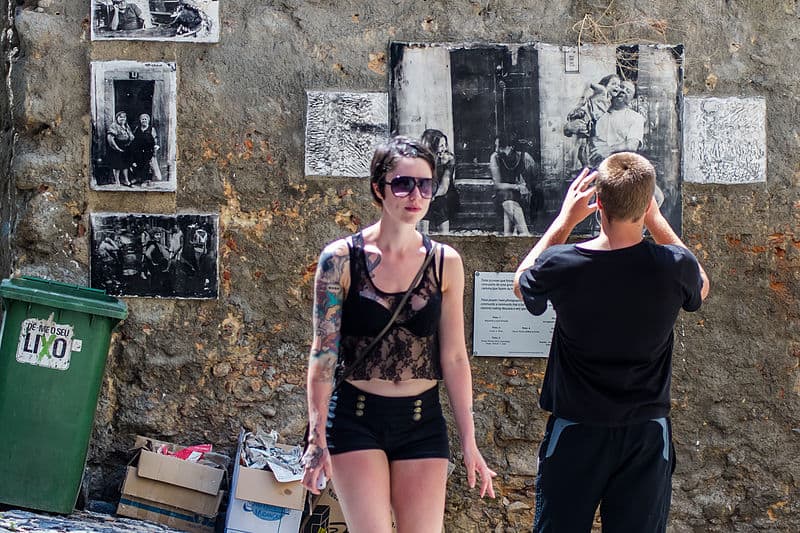 With little money and no where to go, these communities of people migrated north of the city and settled in Mouraria. It became the official settling place for immigrants around the world for years to come.

Today Mouraria is made up of expats from most of the colonies in Africa that were once under Portuguese control as well as individuals from the Middle East and China. They live here in a mix with some Portuguese locals and there is a strong sense of community amongst all.

Considering the diverse mix of cultures living in Mouraria as a result of the tumultuous history of the neighborhood, it’s no surprise that the shops, restaurants and traditional eateries are in high supply as well.

Eating out in Mouraria is extremely affordable. Most meals won’t cost you more than €5 each. 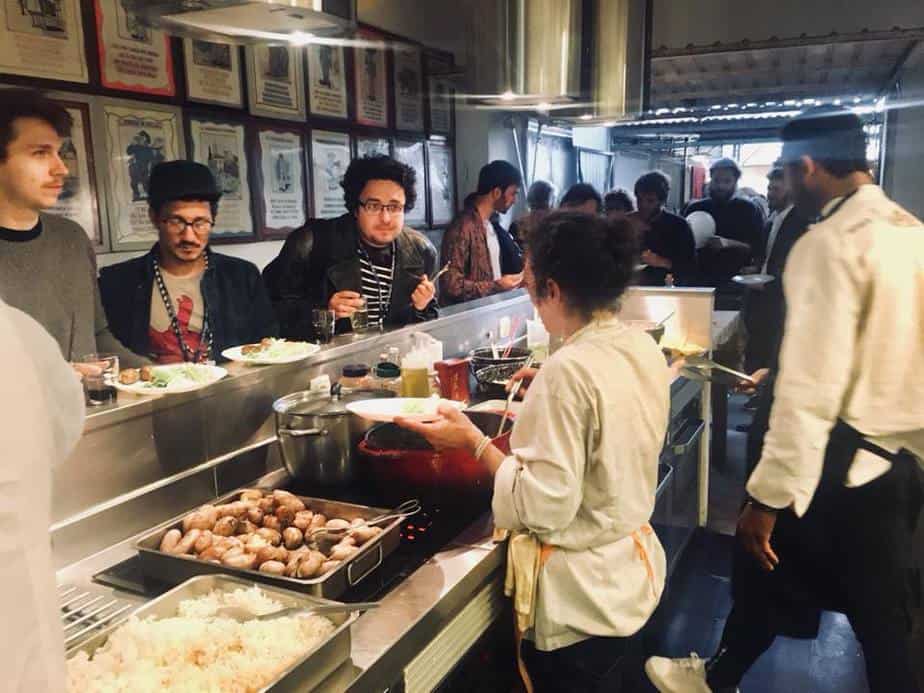 Cozinha Popular is my personal go-to when in Mouraria. This restaurant specializes in all of the authentic dishes from Angola, Brazil and Cabo Verde; some with Portuguese influence present, some without.

It’s as laid-back and as kitsch as you’d expect from a fusion restaurant in a fusion neighborhood. A strong sense of Mouraria community is felt here at all times. I highly recommend the feiojada!