Portugal: the City of Tiles 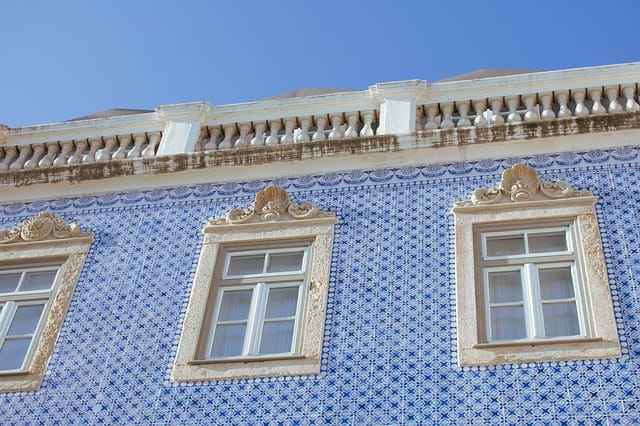 Portugal: the City of Tiles

If you’ve ever visited Portugal, in particular Lisbon, you’ve probably been wowed by the colorful tiles lining the outside of churches, houses, metro stations and cafés in the city. These decorative tiles are called azulejos, and have existed since the 15th century! 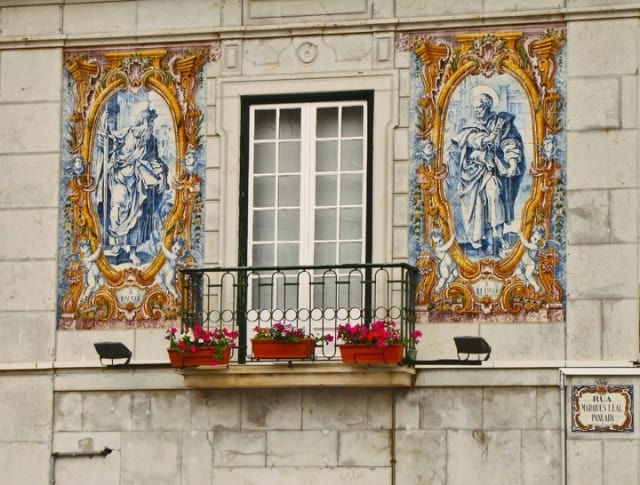 The ceramic tiles were brought to Portugal by Moorish invaders from North Africa, and were quickly integrated into Portuguese architecture. Azulejos became a form of art in and of themselves, and are still widely used today.

Keep reading for a brief history of azulejos, and my recommendations for the best places to scout them out in Lisbon! 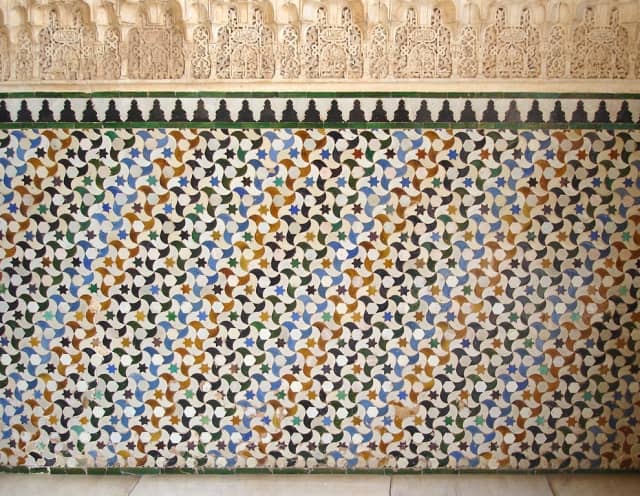 The earliest examples of the use of azulejos can be found in the stunning Alhambra palace in Granada, Spain. In 1503, Portuguese king Manuel I took a trip around Spain, stopping at the palace and also in Seville, where he saw more of the beautiful tiles. Manuel I decided to then bring this architectural detail back to his home country!

Manuel I decided that the Sintra National Palace should be decorated using azulejos. They cover the floors, walls, and ceilings of the palace, and many include the symbol of king Manuel I, the armillary sphere, or, cuenca in Portuguese.

Not only were the tiles an incredible sight to see, they also followed a Moorish tradition. The Moors were known to have a ‘fear of empty places’, or kenophobia. To combat this fear, azulejos were used to cover every inch of the walls.

At the time of their emergence in Spanish architecture, Spain was controlled by the Moors, who are considered to be some of the earliest followers of the Muslim faith. By Moorish law, humans were prohibited from being represented on the azulejos tiles. This is why the earliest azulejos are recognizable for their simplicity.

In the 16th century, many Italian potters settled in Portugal and opened workshops there. Humans and animals were introduced, and many mythological and biblical scenes began to appear in the tile work. The Renaissance flooded Europe, and Portugal and the azulejos tiles were no exception. 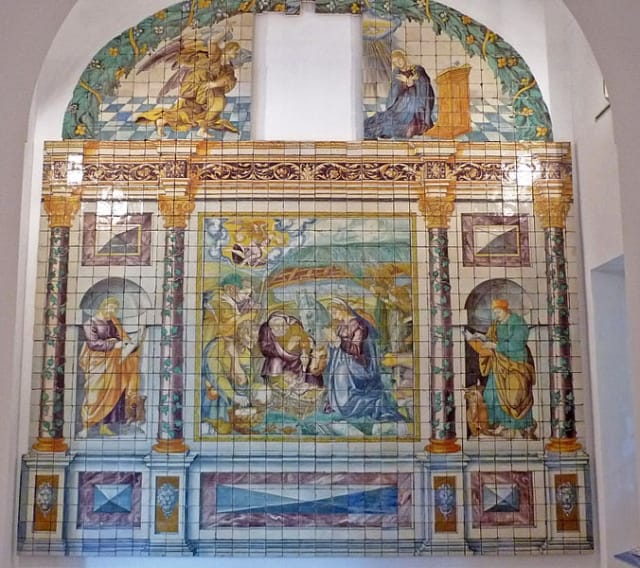 Adoration of the Magi, Museum of Azulejos, Lisbon by SchiDD – WikiCommons

Portugal also welcomed imported tiles from Spain and Flanders. In fact, it was not until 1584 that an azulejo was designed and created by a Portuguese artist.

In addition to depicting scenes of human life, the distinguishable checkered azulejos tiles emerge during the 16th century. This type of azulejo can still be seen today on the outside of churches and monasteries.

Azulejos were often used to decorate buildings (especially churches) instead of fabric for the low maintenance required to keep them in good condition. In churches in particular, azulejos sometimes decorate altars, imitating an elaborate piece of cloth. 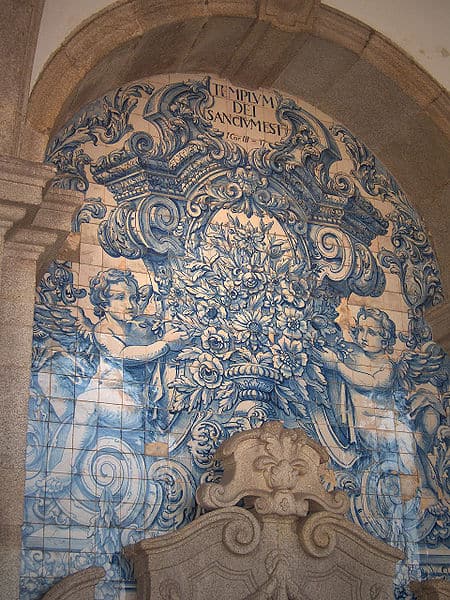 In the 17th century, motifs involving flowers, birds, dolphins, and cherubs begin to appear. This design is called an albarradas. Another motif, the aves e ramagens, translates directly into “birds and branches”. This style was most likely influenced by the textiles being imported from India at the time that featured animals, birds, flowers, and Hindu symbols.

Notably, also in the 17th century, Spanish artist Gabriel del Barco y Minusca introduced the  famous blue-and-white style tile work from the city of Delft in the Netherlands to azulejo design. Rich Portuguese clients ordered the tiles from Amsterdam, until the reign of king Pedro III halted all imports of azulejos from 1687 until 1698. Pedro III wanted to bring azulejo production to Portugal, and Gabriel del Barco’s workshop took over the creation of the tiles.

Portuguese artists began to design and manufacture their own blue-and-white tiles, and this soon became the prominent style of azulejos at the time.

‘Golden Age of the Azulejo’

The 18th century in Portugal welcomed what can be considered to be the “Golden Age of the Azulejo“, and some historians call the time period the “cycle of the masters”. Azulejo production skyrocketed, and the need for mass production became evident. 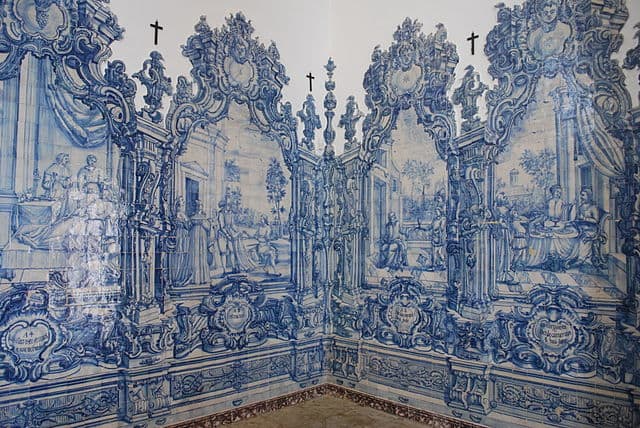 In Portugal, and abroad in the country’s various colonies, the trend to cover the entire exterior and interior of buildings such as churches, monasteries, houses, and palaces exploded. A big reason for the need for mass production was that the Portuguese colony of Brazil began to place huge orders to be shipped overseas. 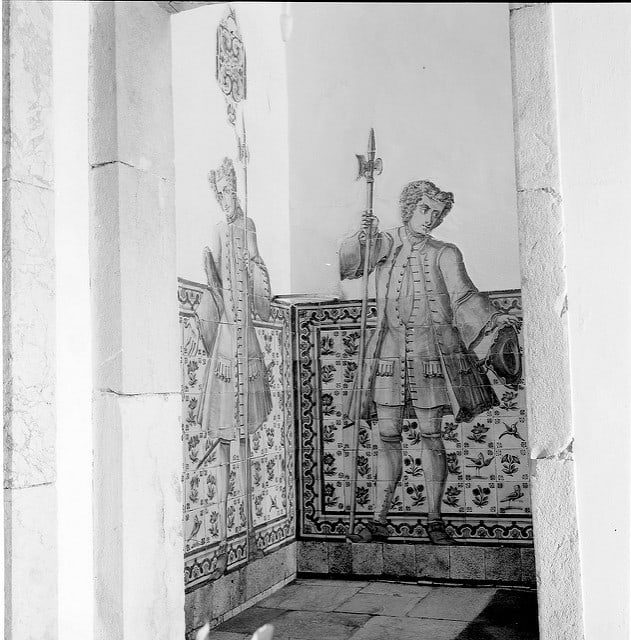 During this increase in azulejos production, an even newer trend was introduced called “invitation figures”. Created by the elusive Master PMP (an azulejo manufacturer known only by his initials), invitation figures were life sized replicas of door men, servants, or finely dressed ladies made out of azulejos that were placed an entrances in order to “welcome” guests. Master PMP reminds me of the mysterious English artist Banksy!

In 1755, there was a devastating earthquake in Portugal that destroyed much of the country, and in particular Lisbon. The reconstruction of the city meant that many, many azulejos were needed, and quickly. Azulejos created during this time period are notably simple to keep up with the high demand. 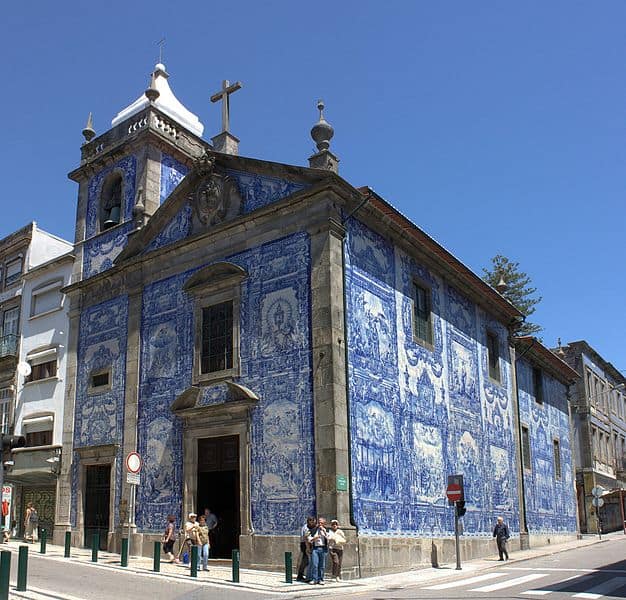 The 19th and 20th century saw the production of azulejo tiles become more modernized with the introduction of different techniques that would make mass production simpler, while at the same time honoring the integrity of the art that is tile making.

Briefly, in the early 20th century, azulejo tiles were considered to be a type of decor that was only use by the poor, the Portuguese upper class began to look down on those who had their homes decorated with the tiles.

This changed in 1950, when Lisbon’s first metro station was decorated with with the ceramic tiles. If you’re ever lucky enough to visit Lisbon yourselves, keep an eye out for the azulejos that adorn the metro system!

Where to see Azulejos in Lisbon, Portugal

The metro isn’t the only place in Lisbon where you’ll be able to admire azulejos in all their glory!

Here’s my list of where to check out the most gorgeous azulejos in Lisbon:

2 Palace of the Marquises of Fronteira 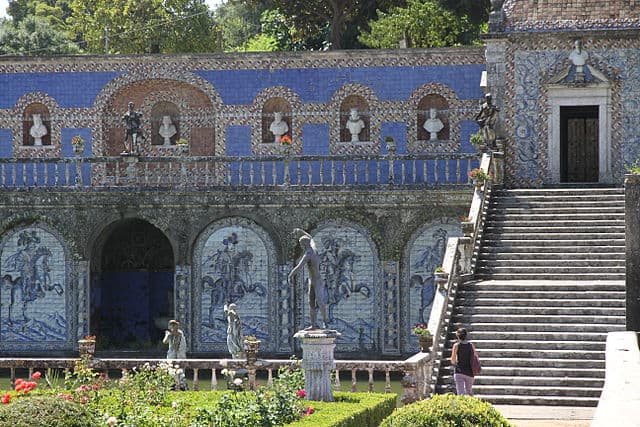 Palace of the marquis of Fronteira, Lisbon – WikiCommons

7 Wandering the streets of Lisbon! 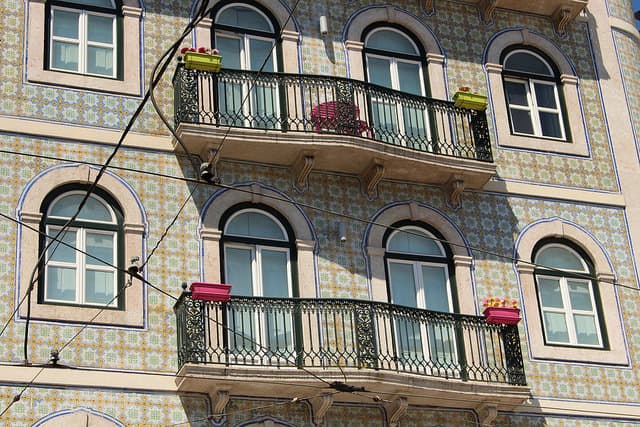 I hope you have enjoyed this informative article about the history of the azulejo tiles in Lisbon! Have you ever seen the city for yourself? I love wandering around the streets of the city to see what I come across! Trust me: you’re sure to see a few (read: a lot!) of azulejo tiles in your travels!

If you have a trip to Lisbon in the works, why not explore with one of our amazing guides? Click here to view all of our Lisbon walking tours!