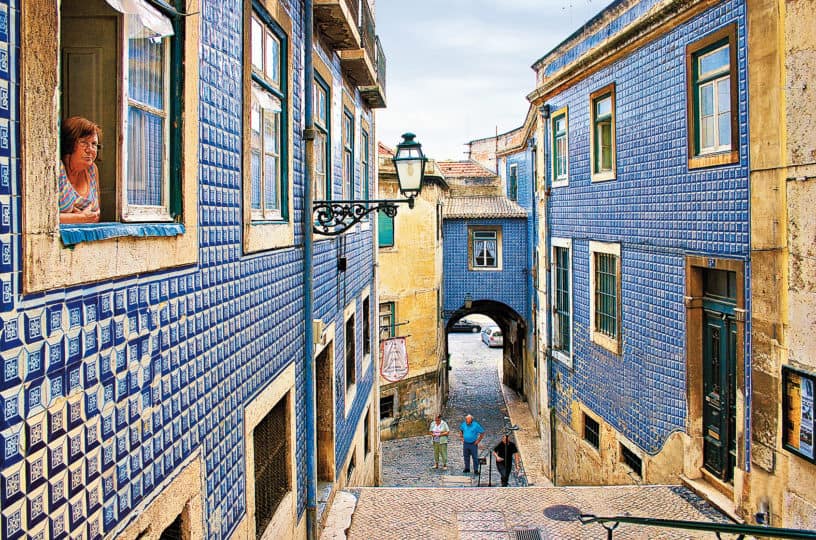 Alfama looks like a little village right in the heart of Lisbon. While walking the district, you come across narrow alleys, tiny squares, churches, charming colorful buildings, among other lovely details. You get to see neighborhoods talking loud from a window to another. The laundry is hanging on the balconies, cats and dogs are minding their business, taking naps in front of their homes. Alfama is a peaceful neighborhood where all the inhabitants get along. It definitely is the most pleasant area of the city of Lisbon!

Plus, since it is the only district that survived the 1755 earthquake, you get the opportunity to time travel and to see how Lisbon looked like before the incident that practically destroyed the whole city! If you want to know more about the stunning Alfama, read on and find out my top 5 fun facts about Alfama!

Fun fact nº1: The name of Alfama and its arabic origins 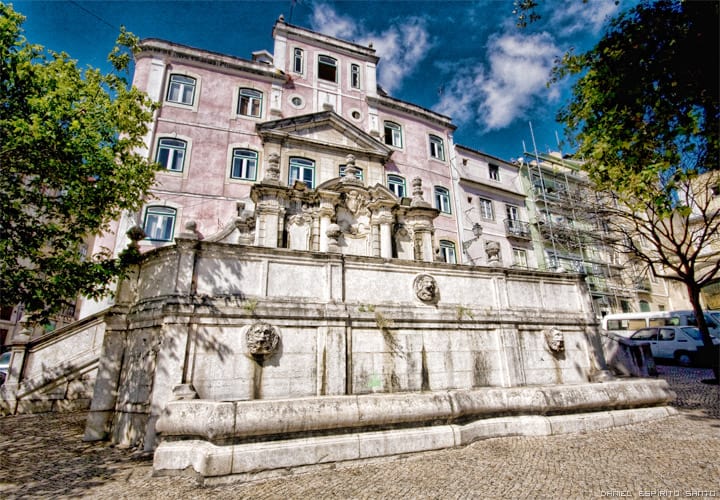 Alfama is the oldest district of Lisbon. Its name comes from the arabic word al-hamma, which refers to baths and fountains. During the the Muslim domain, between the years 711 to 1147, Alfama do Alto – “High Alfama” was occupied by the rich. Alfama was known for its local waters, the popularity of the district increased because the rich inhabitants settled there and came to maintain their health. This is why there are so many “chafarizes” in the district, which are translated to fountains in English. During the Muslim period, Alfama had a very important role. It was indeed a centre of power.

By the nineteenth century, the Alfama waters were classified as medicinal-mineral waters. 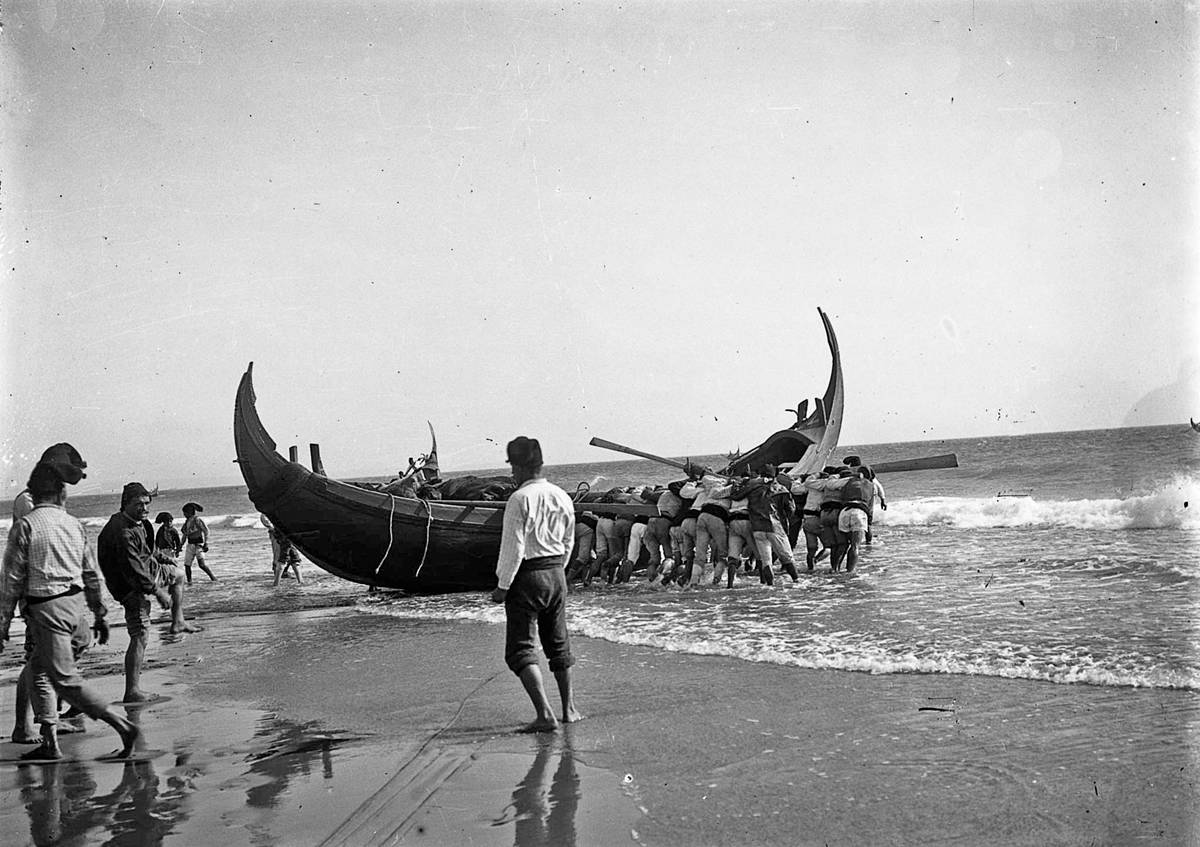 The rich moved out and went for the western side of the city of Lisbon. They left the neighborhood of Alfama to fishermen, sailors and the poor. This part of Alfama was known as Alfama do Mar – “Alfama of the sea”.

Fun fact nº3: Alfama was to be destroyed 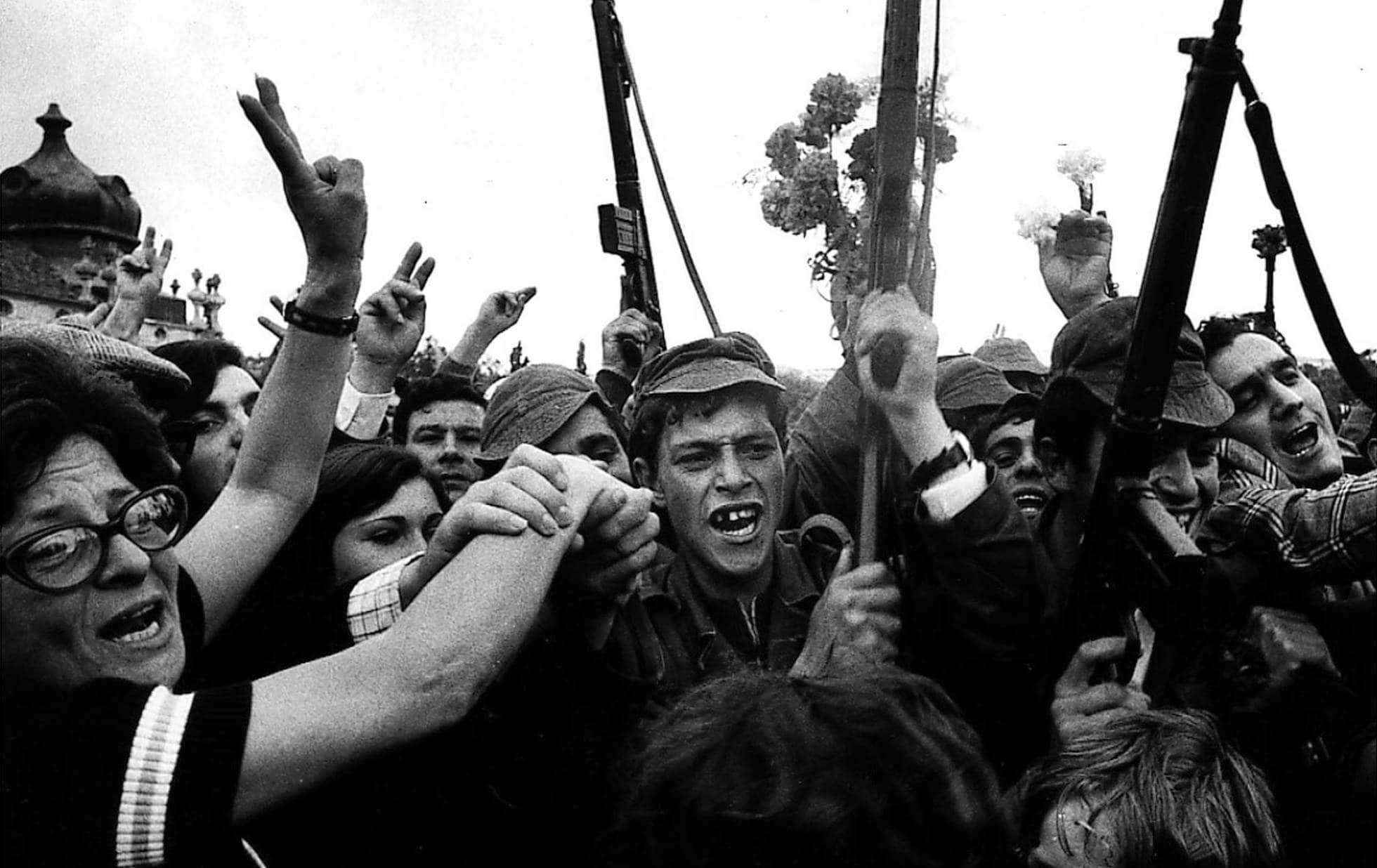 By the end of the Estado Novo, the “New State”, which was a fascist authoritarian regime developed by the former president of the Council of Ministers, António de Oliveira Salazar, Alfama had been abandoned and crime started to raise. After the 25th of April of 1974, also referred to as the Carnation Revolution, which was a military coup overthrew the Estado Novo, nothing had been done to restore the beauty of the historic neighborhood of Alfama. During the 80’s, Alfama was one of the most problematic and dangerous districts of Lisbon.

To resolve the issues Alfama was causing, the city considered demolishing the whole district to rebuild it, but this never happened. In the mid-90s, Alfama slowly got back on its feet and now proudly stands, overlooking the city of Lisbon.

Fado, the traditional Portuguese music genre, was born in Alfama. The Fado transmits feelings of destiny, nostalgia, melancholia, love, passion, and saudade. According to the Oxford Dictionary, it is “a feeling of longing, melancholy, or nostalgia“ and the Portuguese are the only ones who have such a word in their vocabulary to express this kind of feeling. We wish we had this term in English language! “Saudade” is charged with meaning and emotion, because it comes right from the heart, right from the the sorrow people feel when they have to bid farewell to their loved ones. Women started singing the fado to express their pain when the men used to sail away.

Since Alfama is the place of birth of Fado, this is why there are so many songs dedicated to the neighborhood, such as Alfama by Amália Rodrigues, Fama de Alfama by Ricardo Ribeiro. Fado first was heard on the streets, in bars and brothels.

While in Alfama, you will hear Fado all around the district, may it be in the middle of the street, in a restaurant, or a café. If you want to experience Fado to the fullest and understand its meaning, you have to visit Alfama. Then, you can also visit the Fado Museum to discover all the most important Fado singers and the history of this music genre.

Fun fact nº5: Alfama inhabitants are the loudest but also the friendliest and most supportive 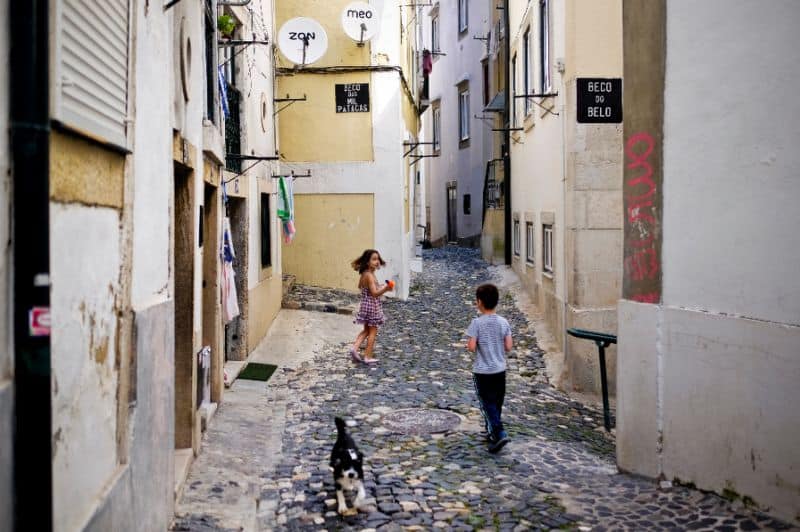 Alfama inhabitants stick together. They are so united, they look like a huge family! Everyone knows each other. They sing and they talk loud. Alfama is definitely one of the liveliest neighborhood there is in Lisbon. They hang their washed clothes on their balconies, sometimes even on the streets. The kids play soccer in the tiny squares of Alfama. The people of Alfama are so at ease, they sometimes even go grocery shopping at the local stores in their pyjamas. You get to see old ladies talking to one another from their windows. Most of the people of Alfama have lived in the neighborhood for decades. Several generations of families have lived within these walls and walked these streets.

More info on tours in Lisbon
Planning a trip to Lisbon? Get ready !

You now know my top 5 fun facts about Alfama! I hope you’ve enjoyed reading this article. You will enjoy even more visiting the charming neighborhood of Alfama, exploring its tiny alleys and meeting the locals. Don’t feel intimidated, get inside the cafés and talk with the Alfama inhabitants, try to understand their culture and history! Walking this lovely district opens your mind and gives you new perspectives on life. Enjoy! Also, don’t hesitate to contact us if you need further information about anything. Join our Alfama tour, we will be pleased to share our passion, show the best places, and tell you all the history. See you soon!