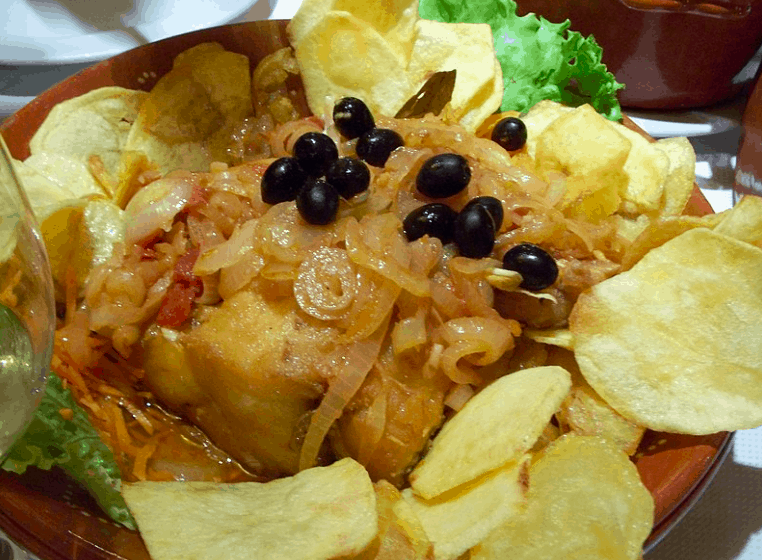 When choosing the next most unique stay one must consider a variety of choices in order to enjoy all the experiences. From the ultra “posh” serving to the newest five-star hotels and restaurants. There is one little secret that should be revealed when it comes to the best cuisine in the world.

There is one tiny country that connects the modern world with ancient history with its innate cultural pride. It offers the finest cuisine in the world along with a top-notch leisure level. The shiniest gem of Europe – Portugal, a well know country for its unbelievable adventures and mesmerising memories. 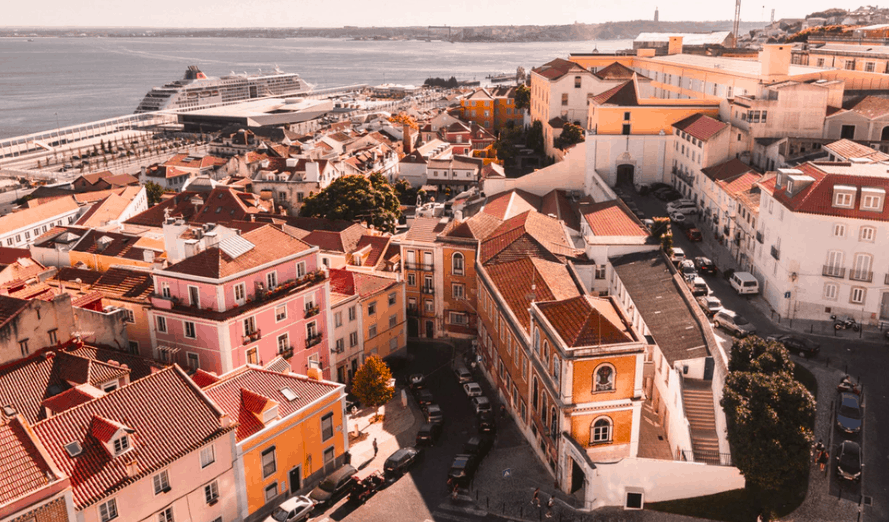 Birdseye view of Lisbon by Luis Dille, sourced from Unsplash

Indulge yourself in the whirlpool of experiences and tastes…

If only you could imagine dwelling in romantic manors in unusual locations not far from castles, regal palaces, ancient convents, mystical monasteries and right after that having the luxury to go back to the high quality modern life and taste your favorite oysters. No matter what you choose – the time won’t be wasted.

The name of the restaurant speaks for itself: This is a traditional restaurant where Adega means wine House and gravatas are suit ties. All the “Suit and Tie” restaurant is really decorated with ties, which looks very unusual and attracts guests.

Cervejari Ramiro is one of the best seafood restaurants in Lisbon.

This is undoubtedly a high quality restaurant, which you would want to recommend to your friends. Opened in 1956 and to this day it preserves the traditions of Portuguese cuisine and an authentic atmosphere. Here you can try almost any Portuguese seafood.

We recommend Sapateira and Santola crabs, as well as Percebes (sea ducks), which are always the freshest here.

In the evenings there is a queue of people in front of the restaurant which is also a tradition – to drink beer while waiting for a table. If you do not want to stand in line, you can reserve a table in advance. 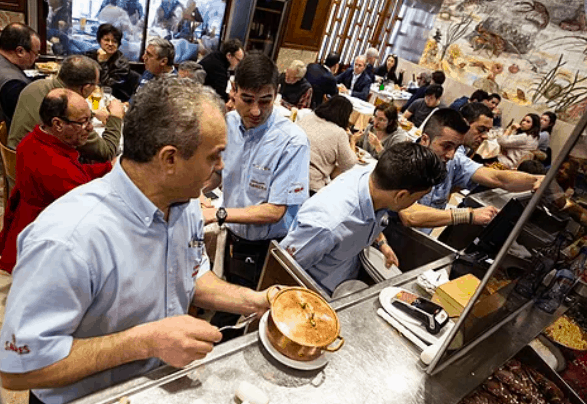 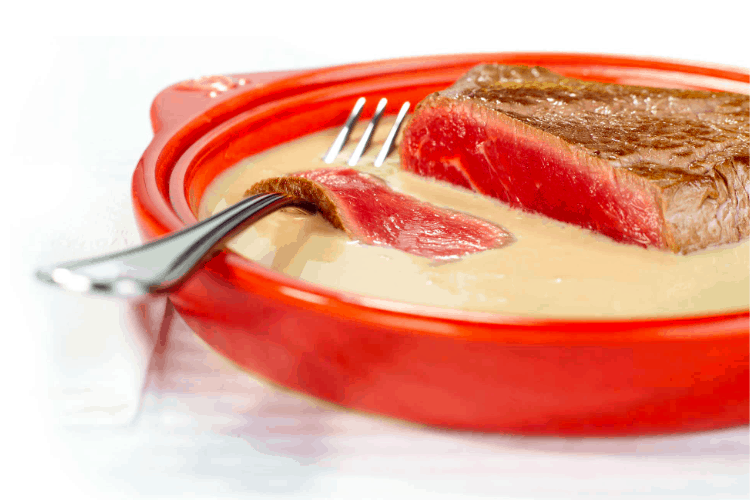 The network of restaurants “Portugália” has existed for over 90 years. Today there are 12 restaurants, 8 of which are located in Lisbon. 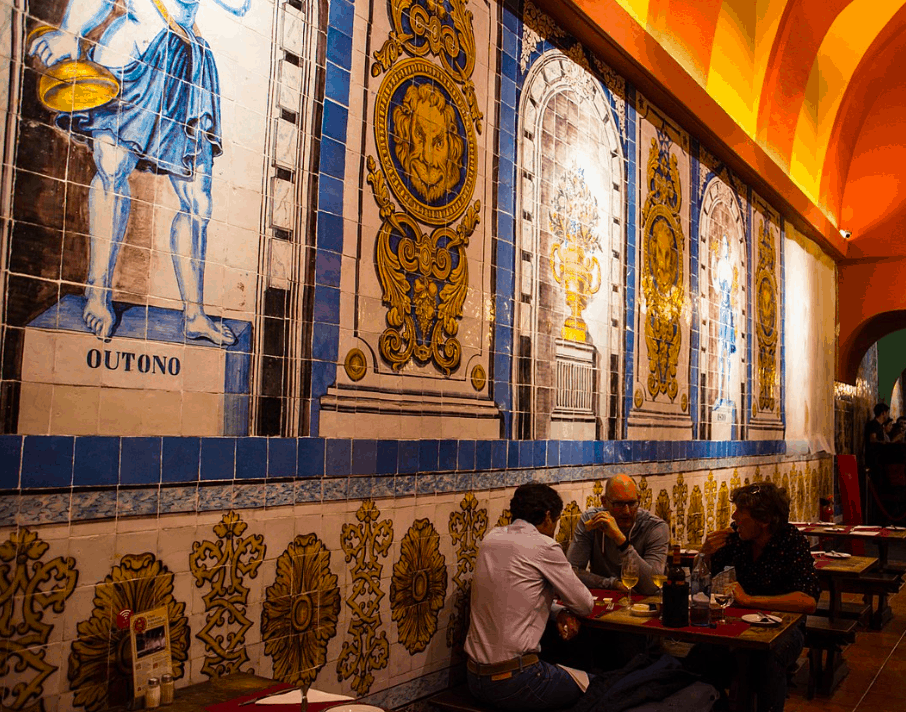 Photo of the interior of Cervejaria Trindade by Maria Eklind, sourced from Wikimedia Commons

Another restaurant with history, which is one of the most beautiful restaurants in the city.

The restaurant is impressive with its tiles from the 19th century Azulejo. Previously, there was a refectory of the monastery, located nearby, in which the beer factory Trindade was founded.

This is where they began to produce one of the first beers in the city. Thanks to fresh beer, along with traditional Portuguese cuisine and historical panels from Azulejo, this restaurant is very popular among tourists and locals.

The restaurant is also famous for its beefs, seafood and grilled greens.

The average bill is 30€ per person. 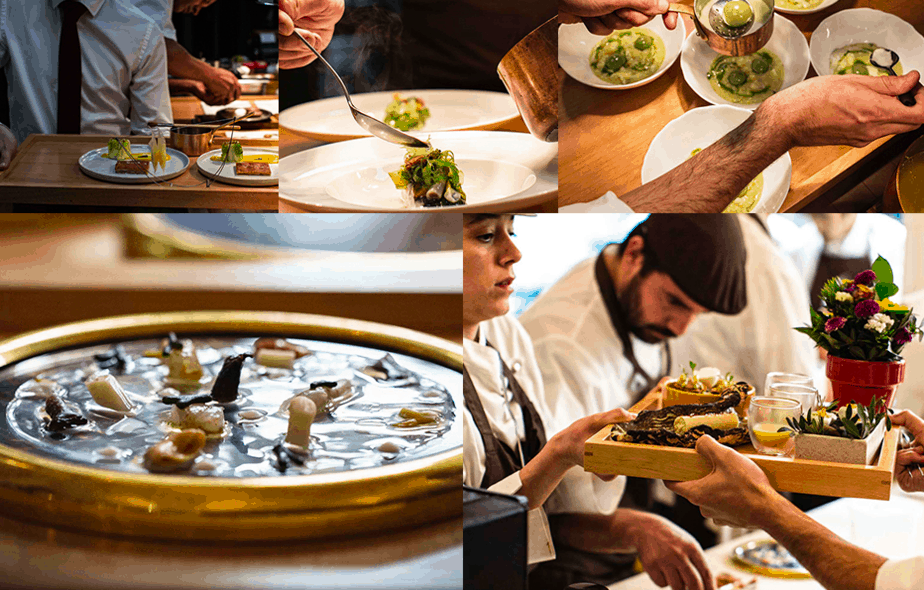 At the beginning of each year, the most influential restaurant rating in the world is being updated – the Red Michelin Guide.

Not only celebrities speak about the refinement of the restaurant, but even a simple persona can try its excellent quality.  Michelin restaurants in Lisbon are awarded with one or two stars.

A famous Portuguese chef and restaurateur José Avillez received his first Michelin star while working at the historic “Tavares” restaurant in Lisbon.

After that, his career went up sharply and now he is known for his cooking books, TV shows and presentations, as well as the owner of 7 restaurants in Portugal. He restored the historic building in which the Belcanto restaurant is located and developed a menu that earned him recognition and two Michelin guide stars.

The chef of this restaurant speaks about his dishes: “each dish tells its own story and stirs up the emotions of those who are ready to try it.”

As a little disclaimer – please try to manage your dress code accordingly to the place you are going. In this case it would be preferable if you had a suit or an evening attire.

We would always suggest our friends to accompany native speakers whenever you travel abroad.

Not only that would be interesting to hear someone else speak their mother tongue but also you would learn about their own preferences in cuisine.  Only a native speaker knows all the nuances of the best food. Portuguese people are ones of the best admirers of high-quality servings.

Feel free to ask their own opinion when it comes the best Portuguese cuisine and wine. There is a special emphasis on the last one since Portuguese wines have won the best rankings in this category, which is quite self-explanatory.  A unique climate and lots of sunshine make the taste exceptionally sweet and sour at the same time.

The choice is vast to chose from red, white, green or a summer edition – Sangria mixed with freshly cut and stirred fruits and berries. Whatever you chose – in Portugal the time will not be wasted!