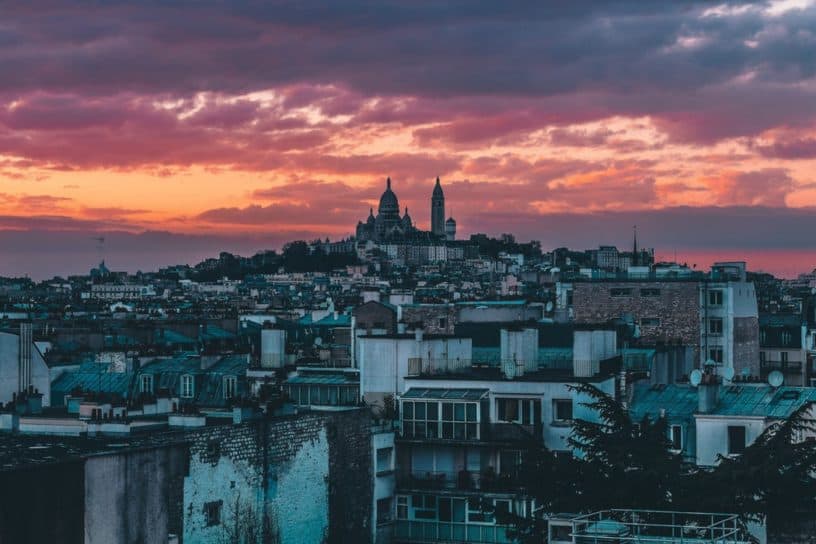 Watching the sun go down in Paris is as worthwhile as excursion as watching it come up over the city.

If you think about it, sunset is probably the single most important event of the day, the surest sign of the continuation of life and the first step toward there being a tomorrow. Perhaps that is romanticizing it to an extent, but this spectacle happens to all of us every single day whether we like it or not — and not a single soul has to pay to be part of it. 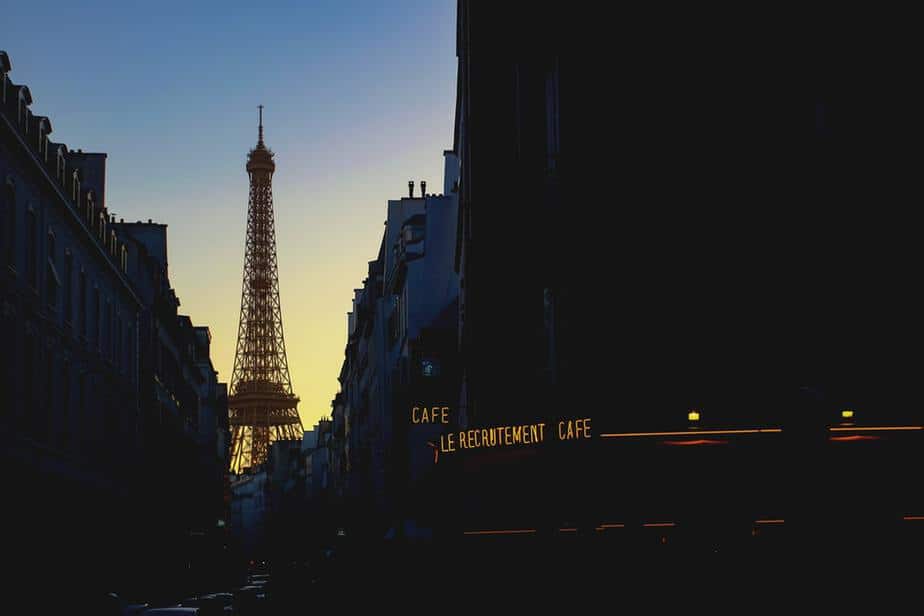 You’d have to be absolutely mad to purposely miss a sunset opportunity in Paris. The light bouncing off of the grey buildings, between the narrow streets, reflecting off of the Eiffel Tower… one could fall over at the thought of it.

Even observing the sunset from a sidewalk cafe in Paris becomes a moment that stops time. Some, however, prefer to get higher up, or directly before the sun when it comes time for it to say au revoir — here’s where you can do just that.

If you’ve done a free guided walking tour through Paris you’ve likely passed a decent amount of bridges that connect the Left Bank to the right through the city.

The Pont Alexandre III is an immaculate 19th century bridge that connects the Champs-Élysées to Invalides, just east of the Eiffel Tower.

Between the Eiffel Tower and this bridge there are two more that are considerably closer to the iconic landmark, however the beauty of the Pont Alexandre makes it the best place to be when it comes to a sunset hour. 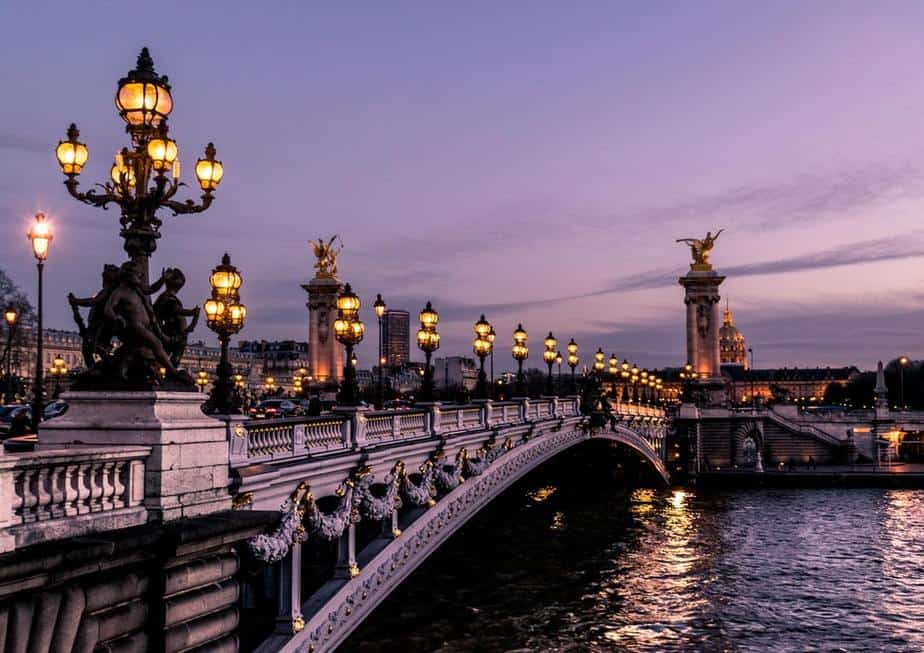 The bridge was constructed in Beaux Arts style, complete with string lanterns, gargoyles and gold trim. The minute the sun begins to set the entire Pont Alexandre III is lit up. Next to the pastel sky, and with the Eiffel Tower gleaming in the distance, you’ll feel Paris creep right into your soul.

Weekdays are best for sunset viewing as the bride is less crowded and noisy.

The Balcony of Your Airbnb in Paris

Why venture into the city to find the perfect sunset spot when you could simply watch from home?

Many Airbnbs in Paris make most of their appeal from whether or not they have a balcony or terrace as part of the property. It is a sought after amenity for Airbnb users who like the idea of smoking or drinking tea off of a traditional French balcony; you know, “the kind you see in the movies”. 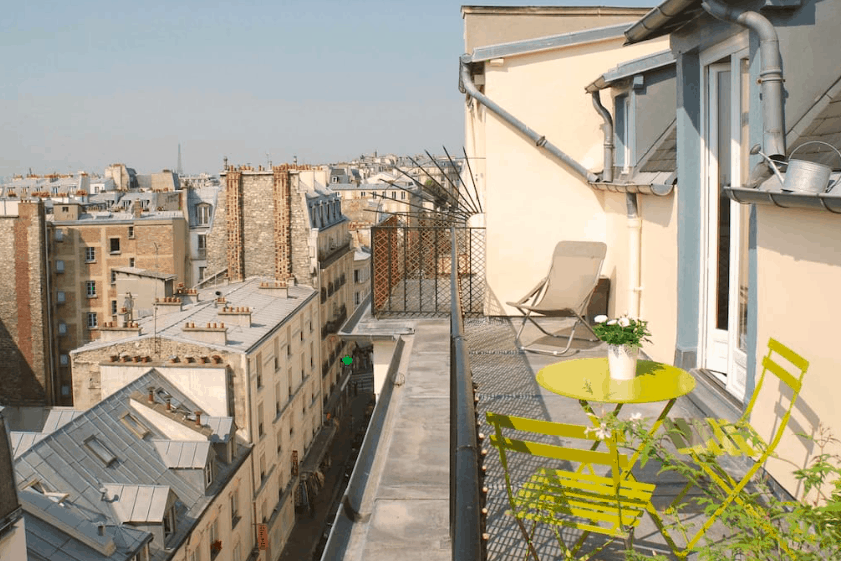 Airbnb balcony in Paris – by Airbnb – Sourced from their website

Any balcony in Paris is a suitable sunset spot, be it an Airbnb, a hotel or the apartment of the strangers you met while on the town two nights ago.

If you’d like to watch a sunset like a true Parisian, prepare wine or champagne in advance and invite at least three other people to join you. The exit of the sun is a social event to Parisians.

Back to the Eiffel Tower we go for a different kind of balcony experience.

Sometimes you’ll hear a Parisian ask another Parisian if they are headed to “the balcony”. This is street talk used to refer to the area directly behind the Eiffel Tower: the Place du Trocadéro.

Trocadéro is considered the balcony of the Eiffel Tower, as it gives visitors a unique vantage point over the tower, gardens and Paris horizon.

It’s a beautiful spot to be for both sunrise and sunset. During sunrise it is usually quiet, at times you can watch the sun come up in complete isolation, especially in winter as no one wants to get up this early. 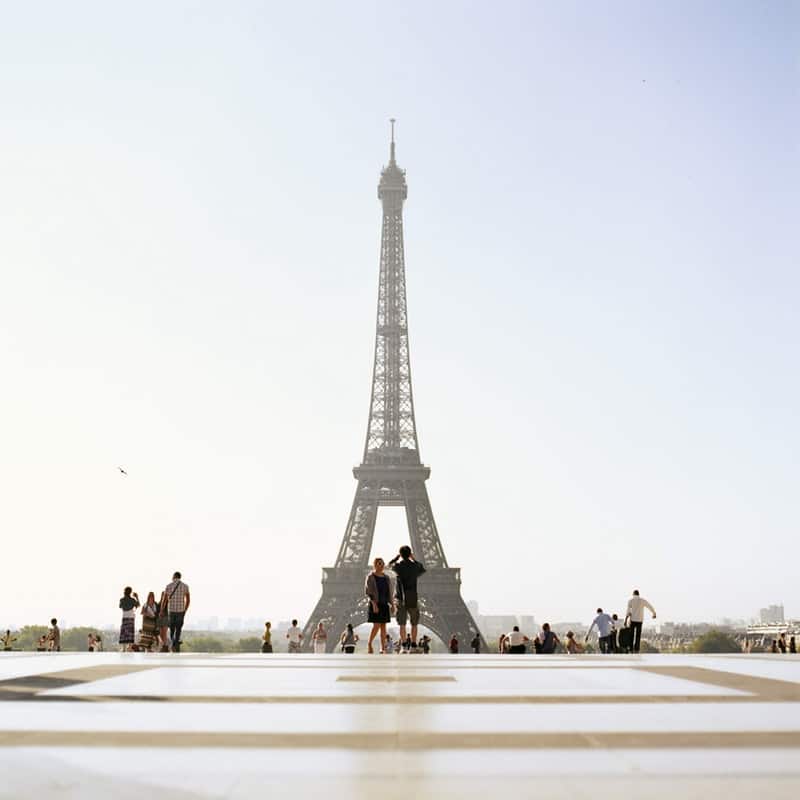 For sunset the Trocadéro is almost always busy. You’ll join hoards of other travelers all excited to witness the same change of light, some who would have been picnicking on the balcony all day and others who will race in, wine in hand with minutes to spare.

Children love this sunset excursion too as there are potential friends everywhere they look.

Kong is a rooftop restaurant and bar that lies directly between Notre Dame and the Louvre district. It features a beautiful view over the Seine and surrounding arrondissements, and as you can imagine, is unfathomable when the sun starts to set.

What makes Kong unique to Paris is that the rooftop restaurant is open year round, thanks to the glass dome that has been constructed to keep the space covered. Many terrace restaurants in Paris are seasonal as they become unbearably cold in the winter. 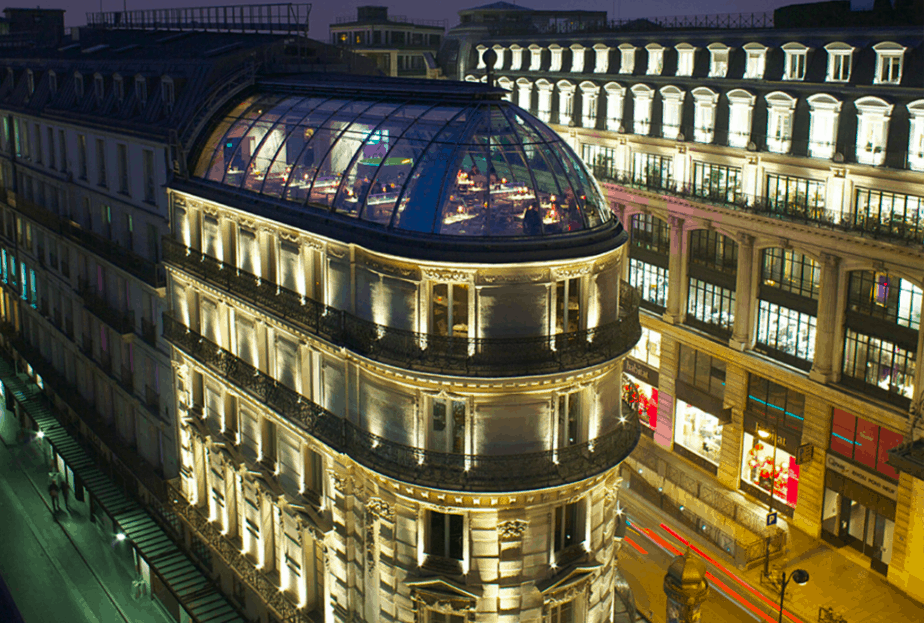 Birdseye view of Kong – by Kong – Uploaded by them

Kong is considered fine dining, so this is a treat-yourself sunset excursion. The sun’s performance is free, the food you’ll have to pay for — worth every cent!

Try the wild mushroom main and asparagus salad. The Kong waiters will pair the wine for you!

OPENING HOURS: Monday TO SUNDAY – 12pM TO 2am

There are two Galeries Lafayette department stores in Paris. The one with the sunset viewpoint is the one on Haussmann Boulevard in the 2nd arrondissement.

The shopping mall seems like the opposite of the place you want to be when there is a sunset outside. Galeries Lafayette has a large open rooftop at the crown of its many stories where the public are welcome to visit as they please.

There is no charge to venture up, simply settle in a quiet spot against the balustrades and watch the sky run wild. 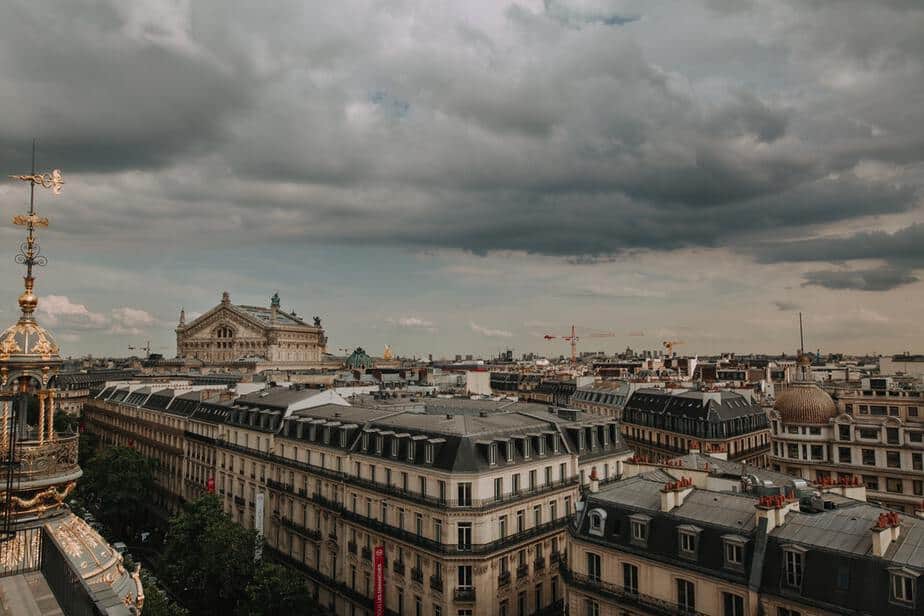 View from Galeries Lafayette in Paris – by Joshua Humphrey – Unsplash

The secret of the Galeries Lafayette rooftop has made its way around almost every travel blog to exist. This brings a lot of people to the location every evening all hoping to have the same magical experience up to. Expect to share this moment with plenty of strangers.