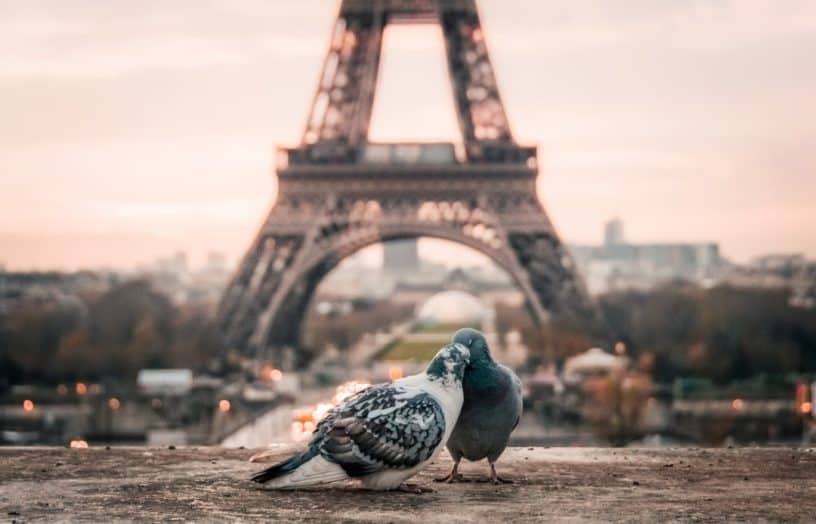 As influential as Paris is on the painters and writers of the world, so to is the city a large contributor toward the musicians who find themselves in its wake.

Hemingway and Dali weren’t the only artists frequenting the cafes of Montparnasse during the early 1900s. Amongst them some oft he greatest songwriters of our time floated through Paris leaving a trail of song lyrics close behind.

Ella Fitzgerald, Serge Gainsbourg and Charles Aznavour weren’t strangers to the Parisian streets. They spent time all across the city, writing original works of jazz that live on to this day.

In 1969 Joe Dassen wrote a love story about the Champs Elysées which quickly became a hit single. Later, in 1973, Serge Lama bore his soul out in his song Les p’tites femmes de Pigalle — a tale about a man who finds his wife in the arms of another but doesn’t mind, because he will not take to the risqué streets of Pigalle in search of cabaret, sex and fun.

The list of songs that were originally inspired by Paris both locally and abroad is extensive. Here are five of the best that I feel capture the soul of the city better than the rest.

Although she didn’t write this song herself, Ella covering the Cole Porter classic put it on the map. In her 1956 album Ella covers a range of Cole Porter songs.

What’s interesting is that this song went on to further inspire the Audrey Hepburn film named Paris When It Sizzles.

Ella Fitzgerald was not quiet about her love for the city of lights. She sang about it repeatedly. Her other classic April in Paris mentions the chestnut tress of the plazas and how Paris goes into full spring swing.

Anyone who has traveled to Paris during the spring time will be able to relate to her rendition of this song. This is the best time to do a free guided walking tour on the very streets she is referring to… c’est magique.

Born and raised in the French capital, Serge Gainsbourg adored his home town and it’s safe to say that almost all of his work was inspired in some way by Paris.

The Ticket Puncher at Lilas was his first real musical success. The song recounts the life and experiences of a ticket puncher on the Parisian metro system.

The job is repetitive, the puncher is displeased and the listener is taken on a journey through a map of Paris from Invalides all the way through to Opera.

Listening to this song after having visited Paris is a whirlwind of mapping and tracking inside of ones head. It also makes one think deeply about the existence of the metro workers and others who keep Paris running in the day-to-day.

The song that earned Édith Piaf the nickname of Little Sparrow was this classic called Sous le Ciel de Paris; or Under the Sky of Paris.

Paif was not the original writer or singer of this tune. It was actually first written in 1951 by Jean Bretonnière for a film with the same name.

Édith Piaf took over the song a few years later and it swept through the nation with popularity and appreciation.

Her legacy lives on in the city to this day. If you’re ever near Menilmontant in the 20th arrondissement of Paris stop by her old house located at 5 Rue Crespin du Gast. You can tour the inside or just admire from street level — this is where the artist spent most of her early life in the city.

The 90s saw interesting cultural and political shifts in and around Paris. It was the French hiphop music scene that picked up on these narratives and put them to melodies.

This song by Doc Gynéco was a commentary on the 18th arrondissement of Paris during the 1990s. One of the poorest districts in the city, the 18th deals with issues of racism, poverty and crime; all addressed in this song.

It’s a fresh take on Parisian music as we know it. Up until this time we had been used to the romantic, jazz style as sole identification of Paris culture. Incorporating hiphop into a French narrative was new and exciting.

Hiphop is now one of the most widely celebrated genres of music in Paris.

5. Under the Bridges of Paris

Even this US born musician wasn’t able to avoid the charm of Paris from influencing his music. In 1954 Dean Martin released Under the Bridges of Paris — if you’ve ever watched a film even remotely affiliated to this city it’s likely you’re familiar with this song.

The lyrics are beautiful. They explore Paris from water level, where the Seine meets the many bridges that sew the left and right banks to one another.

While in Paris, the bridges over the Seine are something worth exploring by day and by night. See for yourself why so many blockbuster films make use of the Pont des Arts or the Pont Neuf as their shooting locations.

The first song mentioned in this roundup was I Love Paris, a cover by Ella Fitzgerald. Dean Martin also took a swing at covering this song. My loyalty remains with Ella on this one but both are worth checking out!

Between the art works, fashion design, poetry, film, literature and music it’s safe to say Paris has been everyone’s muse at one point or another. She’ll inspire you too if you let her.