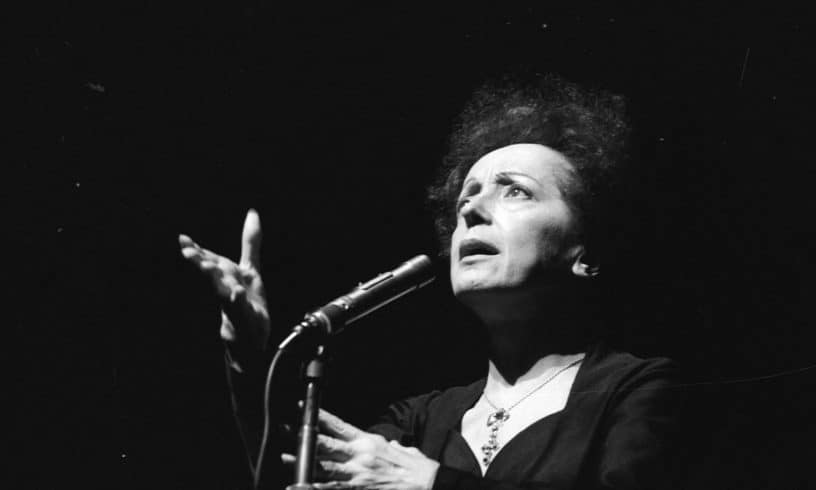 Edith Piaf is the most famous French singers. Her voice gives us shivers, her lyrics make us cry. In each of her songs, Edith Piaf talks about all the feelings that make us human. Even if you don’t understand the lyrics, her voice and emotions touches your soul, because she is passionate and expressed her truest emotions through her songs.

Born in 1915 in Paris, she loved the city and her public. While in Paris, don’t forget to visit the neighborhood of Montmartre where she performed in several cabarets. In this article, I will share with you what you need to know about Edith Piaf. I will introduce you to this passionate artist that is Edith Piaf! 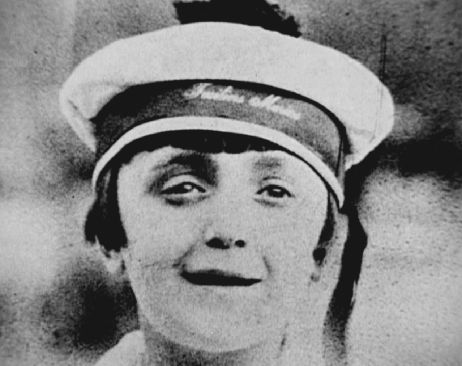 Our favorite French singers was once a street artist. Her and her family were very poor, so she used to sing in the streets to earn a living. Her father deeply loved her but he asked her to beg and perform on the streets.

Edith Piaf didn’t have an easy life as a child, but the challenges and obstacles she had to overcome throughout her growing are what gave birth to “Edith Piaf”. She became Edith Piaf thanks to the difficulties she met.

As she grew up, she continued to work in the streets. Singing in the streets for money was forbidden, but she made friends with some of the cops. The area of Pigalle and the big-hearted bad boys were part of her daily life.

She was spotted and went for the cabarets

Edith Piaf’s songs were touching, because one could feel the honesty in them! She sang about life in general and the situations she had to get through, this is what made her so human and what enabled the listener to identify with her. What differentiated her from the other artists is that one could see that Edith Piaf had truly lived what she sang about.

She got the attention of the Gerny’s cabaret director Louis Leplée. She was immediately hired to sing in his cabaret. It was her first performance in front of a real audience, so she was very stressed and intimidated because she felt a discomfort from the public. As soon as she ended her song, the audience cheered and applauded! She had earned the recognition she deserved.

Two weeks after her first perfomance, Louis Leplée was assassinated. Edith Piaf was one of the suspects. This deeply saddened her, because Louis Leplée had been her only friend… She didn’t want to return to the streets so she contacted Raymond Asso who had offered her to work with him earlier. Raymond Asso provided Edith Piaf with new songs and taught her how to compose and how to dress for the audience. In 1940, she even perfomed in a play called Le Bel Indifférent by the poet Jean Cocteau. Many composers and writers wanted to work with her and increased her repertory. Edith Piaf became the darling of the city of Paris!

In 1946, Edith Piaf went to the United States with the vocal French group Les Compagnons de la Chanson. This was when she released the successful song Les Trois Cloches. She conquered the audience and made friends with the biggest American stars. She began performing at a cabaret in New York called Versailles. For the Americans, Edith Piaf represented France. She was very much appreciated, so she used to return to the United States to perform in this cabaret regularly.

In one of her US tours, she met Marcel Cerdan 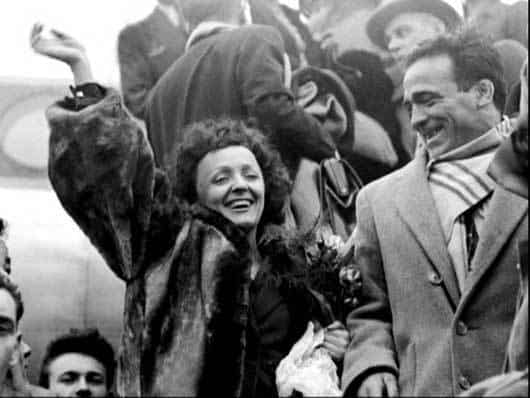 During one of her tours in the United States, Edith Piaf met Marcel Cerdan, a French world boxing champion. He was in the city of New York for a combat and gave her a call, because French people liked to meet while abroad. This encounter led to two years of happiness and passionate love.

Unfortunately, Marcel Cerdan died in an airplane crash. His death deeply affected Edith Piaf… A part of her died with him… She survived but became more serious and less joyful on stage.

Edith Piaf was a woman that needed love to survive

Edith Piaf had a few lovers, she even got married with Jacques Pills. She was very happy to be married.

Her life and her songs formed a whole. She used to write a lot about love. When she had difficult times, she coped with them through her songs. Since Edith was such a passionate woman, each of her lovers brought her joy, sadness, passion, and gave her motives to write songs about. She couldn’t live without singing and she couldn’t live without love either. These were the two main things that kept her alive with a purpose. She needed to express herself about what moved her.

Charles Dumont wrote for her the famous song Non, je ne regrette rien, which means “No, I don’t have any regrets“. This song was an epiphany to her! It was time for her to forget the past, start again and renew herself. She performed this song for the first time after being sick for a year.

She was buried in the Père-Lachaise Cemetery in Paris

Edith Piaf died when she was only forty eight years old. She was buried in the Père-Lachaise cemetery. In her grave, you will be able to read the final verse of the her song L’Hymne à l’Amour: “Dieu réunit ceux qui s’aiment“, which means “God reunites those who love each other“. Edith Piaf was buried next to Théo Sarapo, her last husband, Louis-Alphone Gassion, her father and Marcelle Dupont, her daughter. Numerous visitors come to the cemetery to pay tribute to her. When the movie La môme, directed by Olivier Dahan, was released in 2007, her grave received even more visitors. If you’re interested in Edith Piaf, I recommend you to see this movie. It stars the charming French actress Marion Cotillard and depicts Piaf’s life, from her childhood to her death.

My article about Edith Piaf is now over. I hope you’ve enjoyed reading it and that it has inspired you! Join our Montmartre tour if you want to learn more about the artists that lived and worked in the neighborhood. Don’t hesitate to contact us if you need further information about anything. See you soon in Paris!