5 Places to Experience the 1920s in Paris 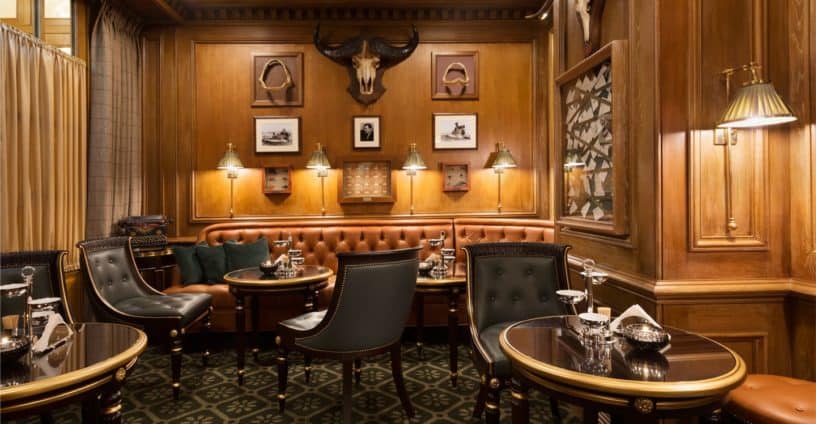 5 Places to Experience the 1920s in Paris

In the film Midnight in Paris, a character named Gil finds himself on an unfulfilling vacation our beloved city. One evening, in search of something deeper, Gil ventures out and somehow manages to travel back in time right from the steps of the Église Saint-Étienne du Mont church in the 5th arrondissement.

We are taken with Gil back through the jazz ages of Paris. A time where artists ruled the suburbs, tossing back champagne and puffing on cigarettes all night. 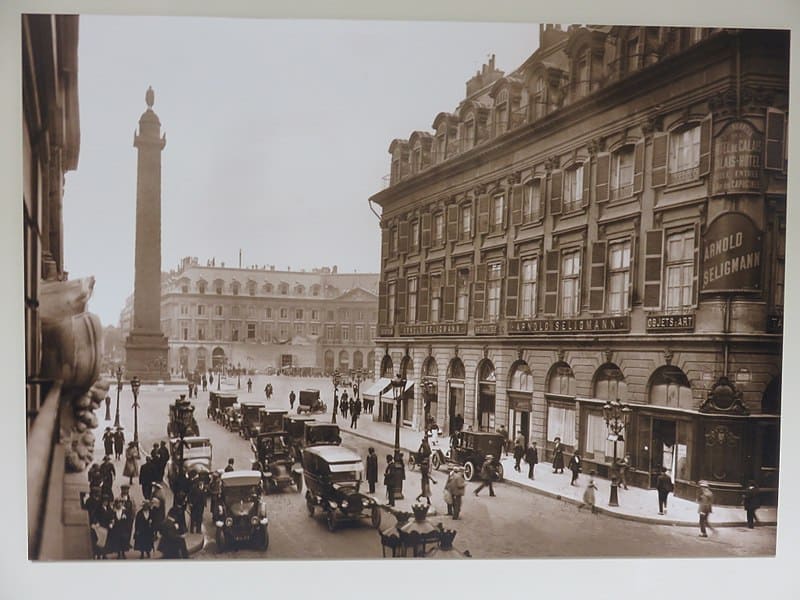 Ella Fitzgerald sings jazz in the corner… Dali laughs while simultaneously crying… Picasso introduces the two to one another. It’s a glorious time, one that we all probably wish we could experience even just for a night.

In my search for the Parisian 1920s I’ve come across a few places in Paris that give one the experience of what Gil had quite closely. Of course Hemingway won’t be there to write love letters on your napkins — but using a bit of your imagination you’ll immerse yourself right into the heart of the 20s the minute you walk through the doors.

Here are my top five places to experience the 1920s in Paris.

Harry’s was first opened in 1911 — but the time the 20s rolled around it was in its prime. The bar remains, to this day, the perfect fusion of Paris bistro meets New York speakeasy. 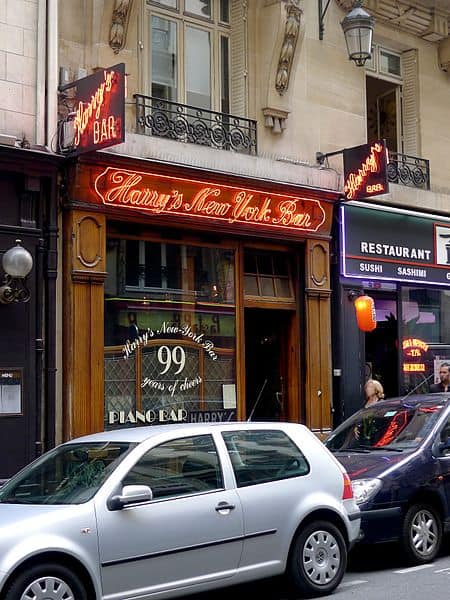 You’ll find Harry’s in the north of the 1st arrondissement, near the incredible Opera Garnier. Take a free guided walking tour and request to go past Harry’s along the route.

This bar was the first place to invent the Bloody Mary. Back in the 20s, the better known artists of Paris made Harry’s one of their weekly hangouts. They’d bounce ideas off of one another over cocktails and fine wine. There is no telling how many of the works we celebrate today saw its inception within these walls.

Even the jazz age icons had to eat from time to time. This cafe in the St. Germain-des-Pres area opened in 1885. Les Deux Magots has been serving up traditional French cuisine since then in a charming, classical setting. 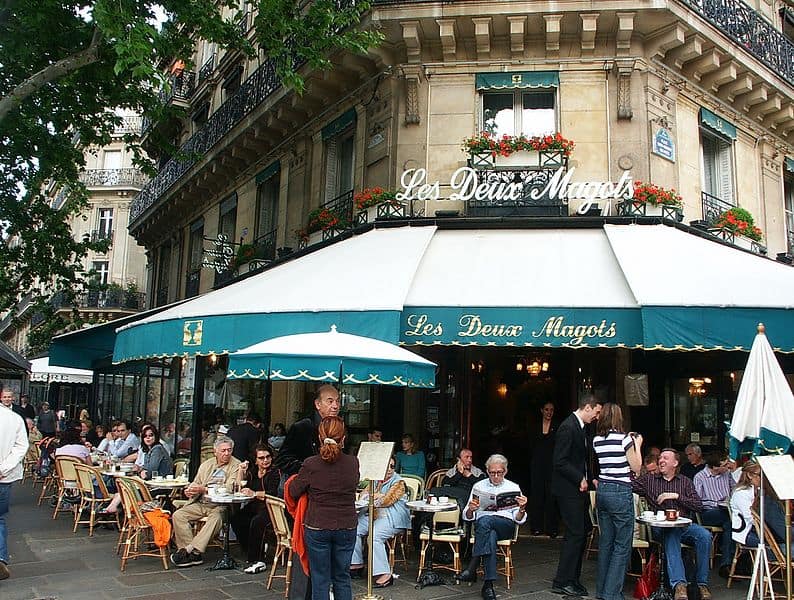 The cafe was frequented by Picasso, André Gide, Jean Giraudoux and Ernest Hemingway for the duration of their lives in Paris. The fact that you can still go there today and dine on many of the same dishes that the artists would have is fascinating.

Delve deep into the heart of the 20s with this one. When you’re done, do as the artists did and take the short walk north right up to the bank of the Seine. Here they strolled the Left Bank by night.

What better place to feel the years gone by that a bar named after Hemingway himself?

The Ritz Hotel is in the 1st arrondissement of Paris, just above the Tuileries gardens. While the hotel itself is one of the finest five star facilities you’ll find it Paris — you don’t have to be a guest to enjoy the hotel bar.

Bar Hemingway is a complete time warp. One you’re in, you’re in. There are no windows to the outside would, so you’re time inside is whatever you make of it. 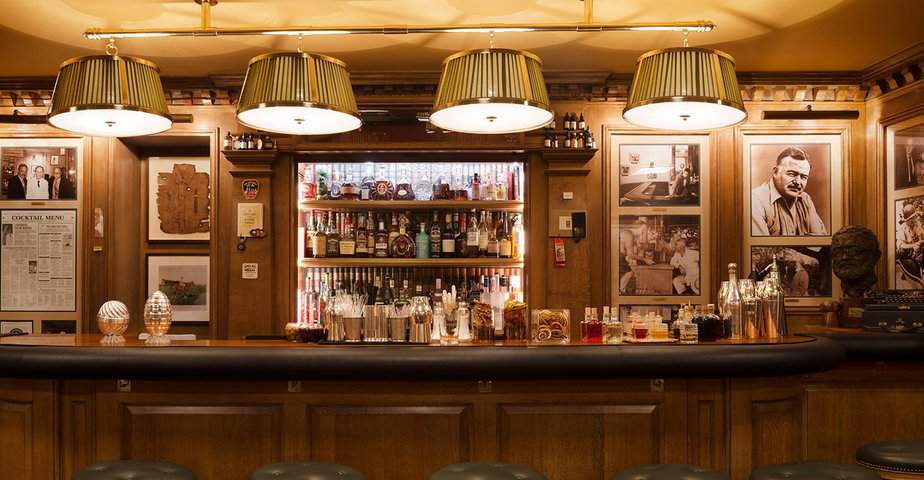 Lounge on the vintage leather furniture while the soft jazz plays in the background. Sip on old fashioned’s and make small talk with strangers who you’ll never have to see again once you reemerge.

Everything in this bar seeks to give you some sort of blast from the past. Even the staff dress in classic attire straight out of yesteryear.

The bar also holds an impressive food menu. Spending a better part of your evening here is not unreasonable. Again, it does fill up early so get there and take your space in good time.

The 1920s in Paris were an iconic time for film. Silent motion picture swept through the scene and citizens of the world made going to the movies one of their favorite past times.

In the 13th arrondissement of Paris you’ll visit the Jérôme Seydoux-Pathé Foundation. This unique space is dedicated to the collection and preservation of film throughout the ages. They hold one of the largest collections of black and white films in the world. 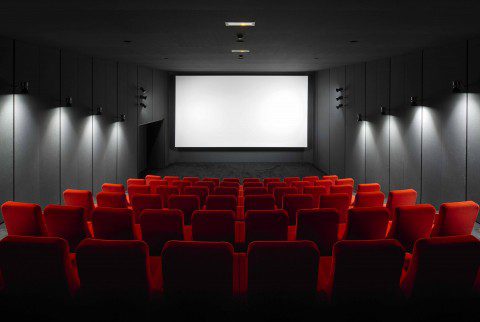 Upon visiting the foundation you’ll be able to enter their cinema where they will screen one of their preserved works; a black and white, silent film from the early 1900s.

To accompany the film there is a live pianist who plays for the duration. It’s a beautiful trip back in time; one that I recommend to anyone with a few hours to kill while in town.

5. The Little Red Door in Paris

No doubt Le Marais was one of the hip places to be back in the Parisian 20s. The Little Red Door is a speakeasy style bar located in an old building in the suburb.

The exposed brick walls and classic furniture whisk you away from the reality of the outside world for a few hours. It’s one of the less pretentious bars in Le Marais and the drinks are strong, but delicious!

The Little Red Door – Uploaded by them

It seems everyone wants a piece of the 20s while in Paris; The Little Red Door is known for having a bit of a wait to get inside. Unfortunately I’ve never been able to gage whether going early or later is best — it’s constantly chaotic yet utterly wonderful!

While you could spend your Paris nights like Gil, hanging out on the stairs of the Église Saint-Étienne du Mont, waiting for a time travel miracle; you could also head directly to any of the above hidden gems and allow them to transport you.