All about Salvador Dali’s Life in Paris 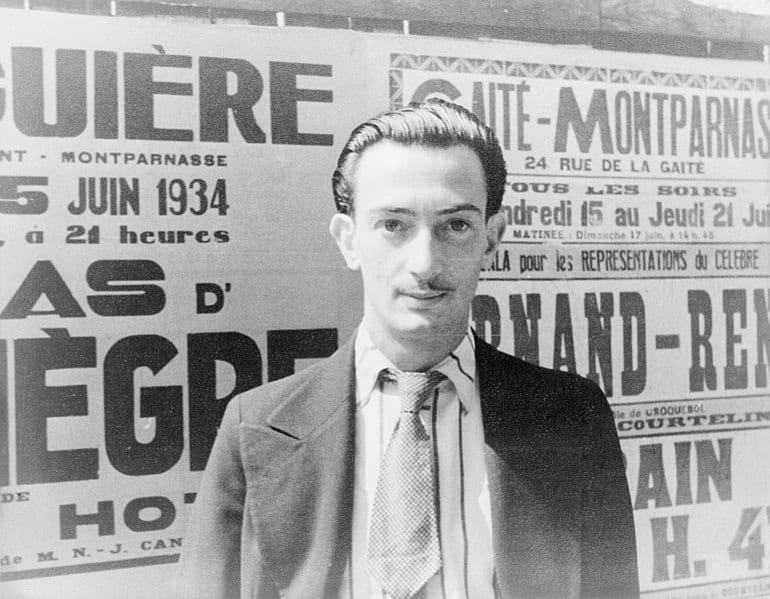 All about Salvador Dali’s Life in Paris

Ah, Monsieur Dali, where oh where do we begin?

The weird and wonderful surrealist master himself, Salvador Dali, was not born in Paris as many assume. He was of Spanish descent, born in Catalonia in 1904.

He did however spend a significant portion of his life roaming the Parisian streets and creating works of art that we’d remember him by for years down the line.

When you visit Paris you’ll be walking the same streets and cafes that Dali frequented during his prime. Montparnasse was one of the preferred districts for these blossoming artists, as was Menilmontant due to the affordability of studio space and property. 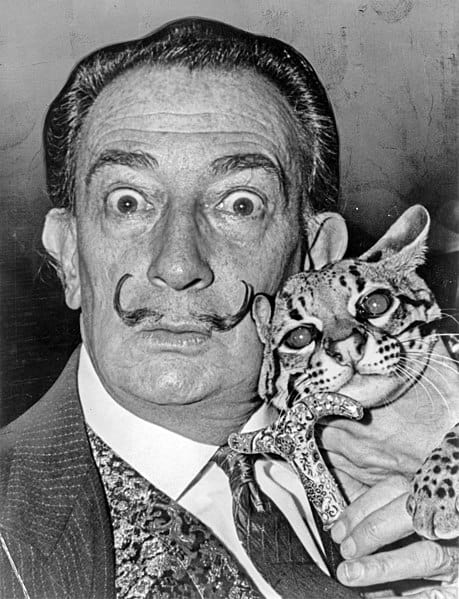 Dali left such an impression on Paris that to this day there are places in his name to visit while in town. Le Dali is a restaurant in the 1st arrondissement. The interior is inspired by the bizarre mind of the artist and has become one of the most popular restaurants in Paris.

From here you can also stroll up into the 4th toward Le Marais. The Dali Museum is a new addition to the Paris museum list and holds hundreds of original works by the man himself.

Paintings, sculptures, sketches and strange preserved artifacts adorn this space. It is a great museum to take children to — the weird objects and strange characters depicted throughout hold endless fun for the little ones. 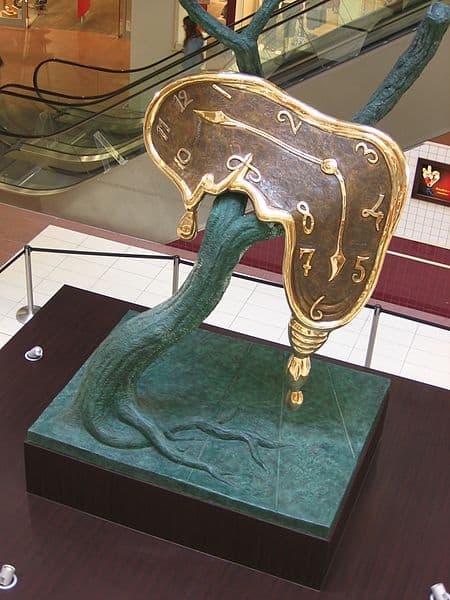 Profile of Time by Dali – by Julo – Wikimedia Commons

Both the surrounding areas of the 1st and 4th arrondissements see many free guided walking tours going by day by day. You’ll enjoy the streets that Dali inhabited by foot, connecting directly with what inspired the artist to live in the city of lights.

Dali was actually named Salvador after his descended brother, who passed away nine months before Dali’s birth. His brother was almost two years old when he passed away.

There is a story told about how Dali was taken to his deceased brothers grave at five years old and was deeply disturbed by reading his own name upon the tomb stone.

It is said that Dali had a flair for art from the minute he could pick up a pencil. By the age of three he was creating noticeably impressive works. His mother took note of this and made it her mission to get him into a reputable art school. At age of ten he was attending one full time.

In 1926 at the tender age of 22 Salvador Dali moved to Paris. He was in search of a new life, something to inspire him to take his work to the next level.

It was here that Dali met the love of his life and eternal muse, Gala. She was ten years his senior and already married with a child, however upon meeting Dali she was so captivated by his whimsical genius she soon abandoned her old life and started a new one with him. 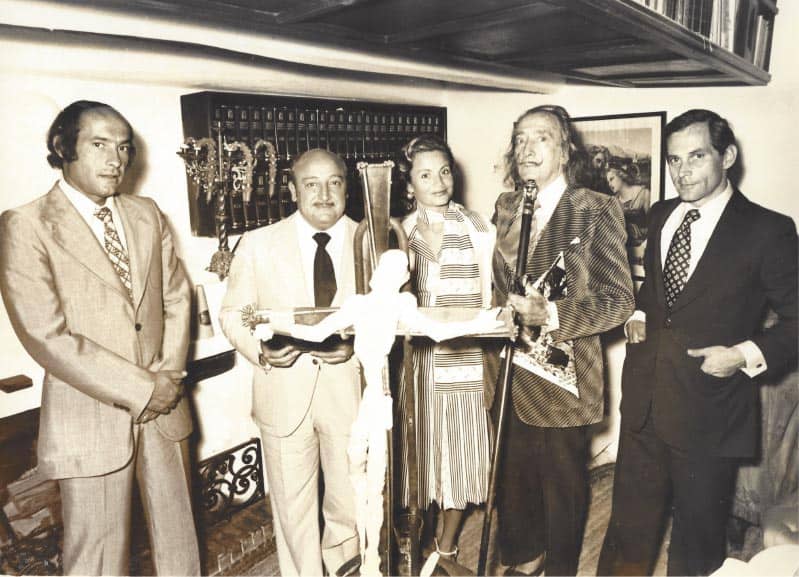 Gala would be the reason for most of Dali’s success during his Parisian years. He made the art, but she was the brains behind getting it out and about.

Gala knew what she was doing. She worked the art curation world of Paris like it was second nature. She was Dali’s biggest supporter and greatest promoter.

Those who lived through this time report seeing Gala frequenting the Paris metro. On route to a meeting no doubt, with Dali’s works tucked tightly under her arm. For this, Dali was able to become one of the most renowned artists of our time as well as one of the richest.

Despite having a tumultuous marriage, Dali remained devoted to Gala right up until her death in 1982. Their marriage has since been described as ‘open’. The two would engage in orgy-like scenes where Gala would partake and Dali, being a voyeur, would watch. 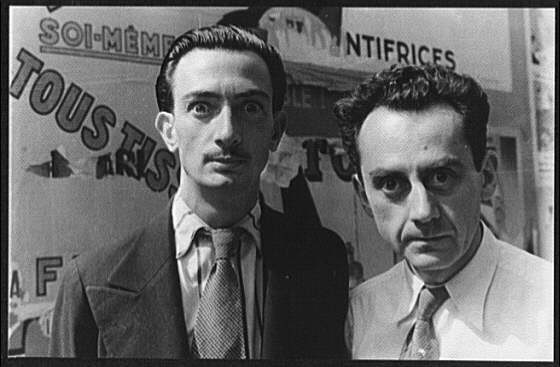 Gala had a strong interest in younger men; this continued well into her 80s. During their marriage Dali built Gala a castle in Pubol, a small village in Spain. This was where she would take her young lovers. Dali was only allowed to visit the castle upon receiving written invitation from Gala allowing him access.

While many don’t understand this unusual merging, there is no doubt that there was a lot of free love between the two and that this significant connection influenced a lot of the works we admire Dali for today.

Upon arriving in Paris, Dali had already been recommended to Pablo Picasso by an existing admirer named Joan Miro. She loved his works and held signifiant networking abilities within the Parisian art scene. 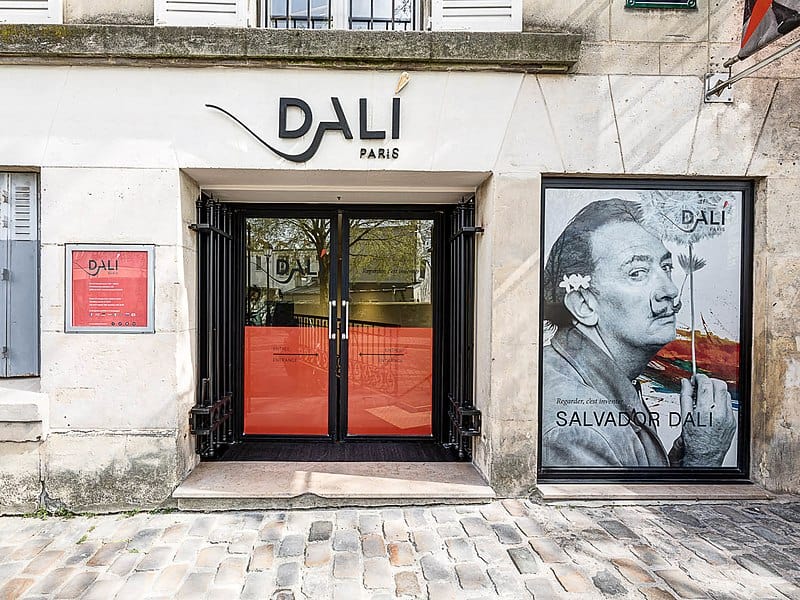 Picasso welcomed Dali into the Surrealist Group, a collection of artists who gathered weekly in the Montparnasse district. As mentioned earlier, many of the hangouts frequented by this group are still open for business today .

The group included Picasso and Dali as well as Max Ernst, André Breton and Paul Éluard. Paul Éluard being the renowned poet — and Gala’s husband at the time!

In 1980 Dali’s good health took a turn for the worst. He was 76 years old and battling to stay part of this realm.

At this time Gala was still alive, and being as senile as she was had been dosing him with with medicinal cocktails that she would mix herself. The drugs damaged the artists nerve system and caused him to lose control of his hands.

Gala passed two years later in ’82, and in a desperate suicide attempt to join her Dali purposely dehydrated himself. His attempts proved unsuccessful.

Instead, he moved out to Gala’s old castle in Spain and lived on until 1989 when he finally passed on. 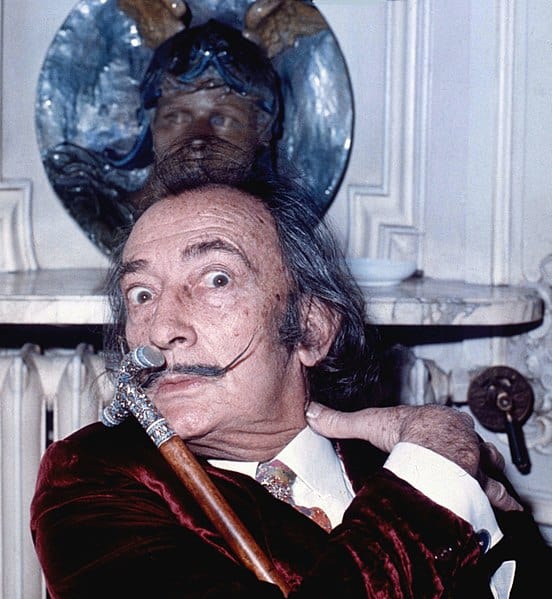 If you have two or three hours to waste in Le Marais area then the Dali Museum would be the best place to do so. You’ll be one on one with his finest works; sculptures, paintings and everything else he managed to pull out of the Surrealist dream world that existed within his mind.

History so close you can taste it in the melting clocks.