Luxembourg vs. Tuileries: which garden to choose? 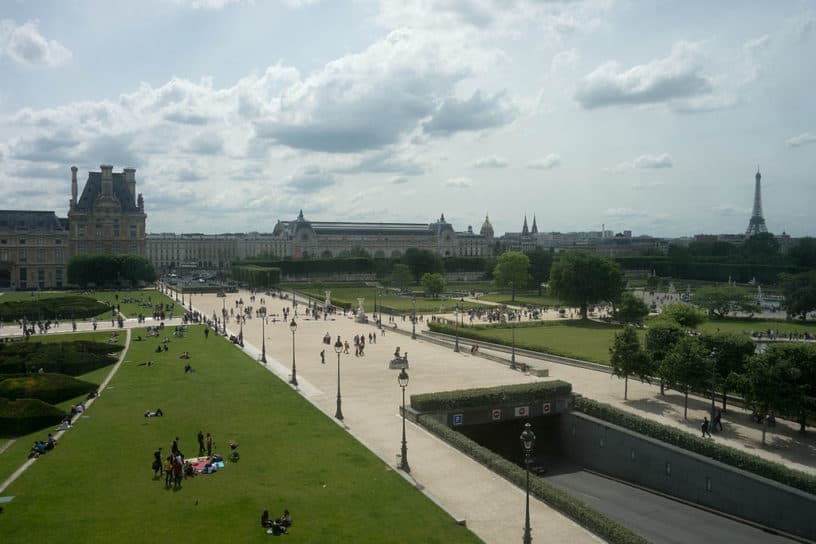 The grass is always greener on the other side

A tale of two gardens. You’d like to take a nice stroll in Paris, have lunch, read a newspaper or maybe just do some general sightseeing. But which to choose? Luxembourg or Tuileries?

Your garden of choice will depend on what you’d like to get out of your visit. Here’s a breakdown of what both have to offer.

Luxembourg vs. Tuileries : Round 1

The huge garden, measuring more than 22 hectares, is a masterpiece in the garden “à la française” style. Famed gardener André Le Nôtre, who once served King Louis XIV, re-landscaped the gardens in 1664 to give it its current look.

The iconic grand allée of Tuileries is flanked by boxwood hedges and chestnut trees, giving the whole area a type of calm, quiet elegance. That, and the meticulous floral arrangements are beautiful. Not to mention the more than 200 statues to admire, some dating back to the 17th century and others crafted this century. 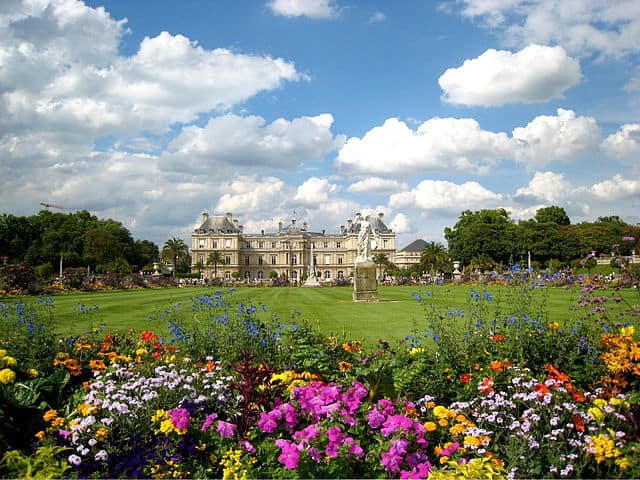 These classic gardens were commissioned in 1612 by Marie de Médicis, widow of King Henry IV, and inspired by the Boboli Gardens in Florence, Italy. However Luxembourg is split into Ensligh and French garden styles. The two competing styles at the gardens are separated by vegetation and a large pond.

Alongside its beatuful flowers, there’s actually a collection of more than 100 statues, and of course the Medici fountain. 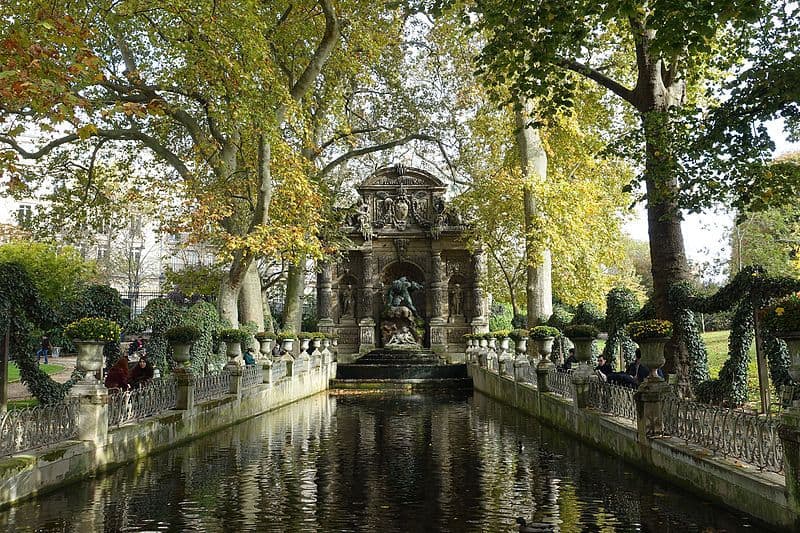 The Medici Fountain by Guilhem Vellut at Wikimedia Commons

Which one to pick?

Go to Tuileries for the tradition French garden style. If you like the hybrid mix of English/French style, or if you’re a big fan of Italy’s Boboli Gardens, check out Luxembourg.

Luxembourg vs. Tuileries : Round 2

It’s ideally situated between two vibrant neighbourhoods with a rich history: Saint-Germain-des-Prés and the Latin Quarter. The gardens aside, the area is a great place in general. For one, you’re right by Saint-German Sulpice, a Catholic church that dates back to the 12th century.

It’s main claim to fame: That church is where the 2003 Tom Hanks hit “Da Vinci Code” was filmed. It’s one of the largest churches in Paris, and you can check out paintings done by Eugène Delacroix of the Chapelle des Saints-Anges there. 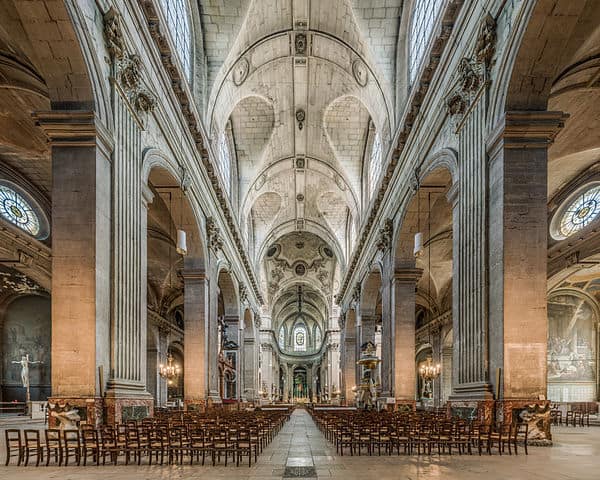 Right behind the gardens is the Museum Luxembourg, the very first French museum opened to the public — all the way back in 1750. A few decades later, in 1818, it became the first contemporary art museum, designated a “museum for living artists.”

Once at the gardens, you’re just a 10-minute walk from the Historic cafe Les Deux Magots, the café that calls itself “synonymous with literary and artistic life.”  From Hemingway and Picasso to Sartre and Beauvoir, some of the world’s most noted literary and art figures frequented the café. 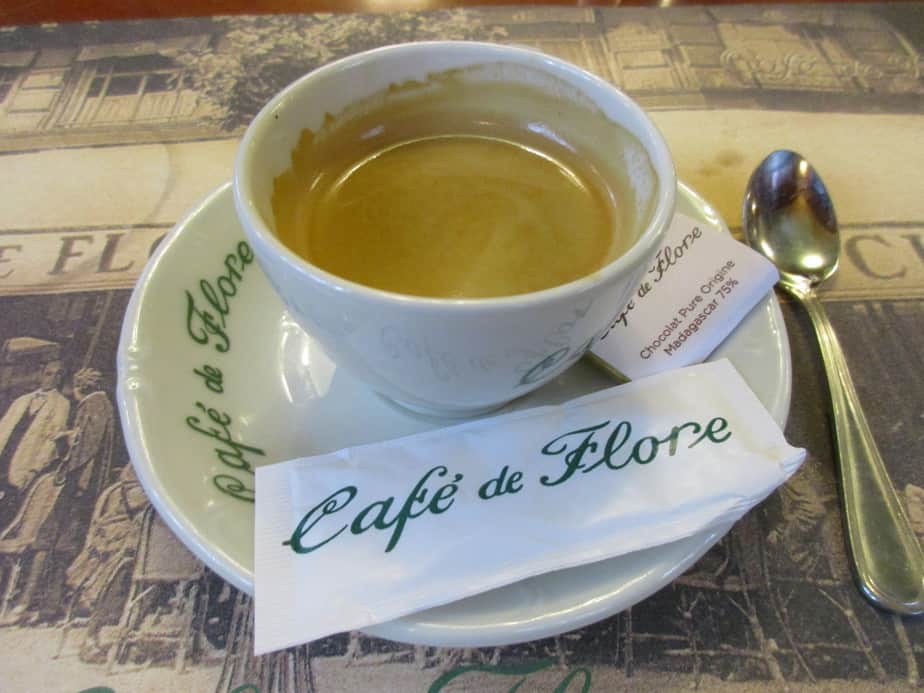 Anyways, you’re also a 10-minute walk from the equally renowned Café de Flore. It was another artistic hub and dates back to the 1880. The café was also a haunt of Picasso, Sartre, Beauvoir and other literary and artistic features like Boris Vian.

But it even attracted cinema greats like Jane Fonda and Roman Polanksi, too. In short, Flore is for the famous. Robert DeNiro has been known to take a trip or two there. If all that isn’t enough, here’s some more tips on what to do at Luxembourg. 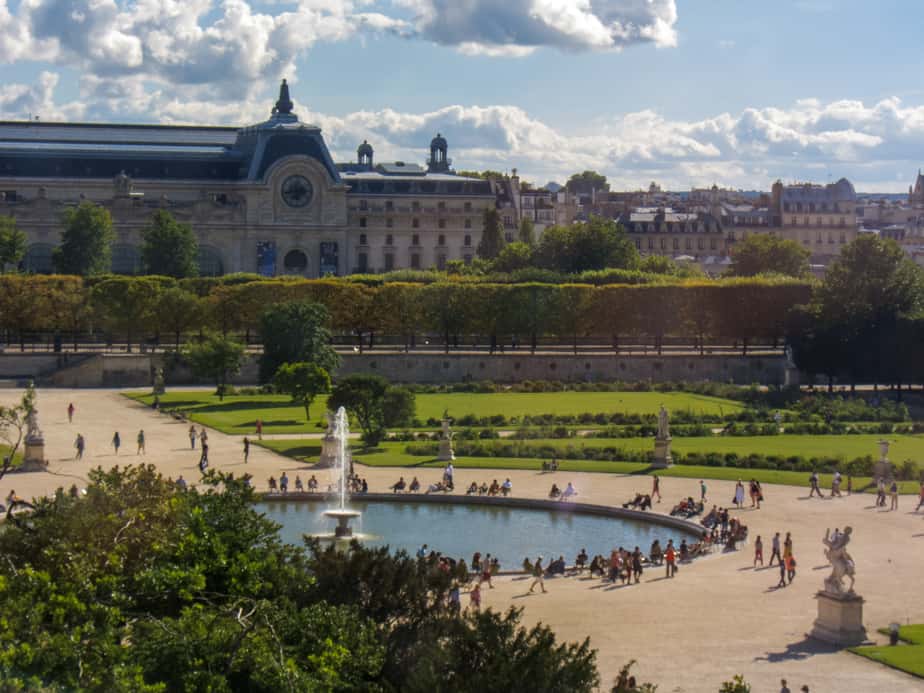 I love museums, and, as far as location goes, Tuileries gardens is surrounded by some of the the most renowned museums Paris has to offer. You’re a stone’s throw away from the Louvre, the iconic pyramid housing the country’s most famous museum. Everything from the Mona Lisa to Venus de Milo is on display, but there’s always something perhaps less known but just as impressive to discover.

Right now there’a a pretty fascinating Egyptian exhibit with a stunning collection of sarcophagi. Unfortunately, Delacroix’s famous Liberty Leading the People is off display until next year. And you can always catch site of the Palais Royal, the stunning architecture an artwork in it’s own right. The palace dates back to the 18th century, but it’s appeal has endured throughout the centuries.

This is all right by the famous La Comédie Française theatre, too. Founded in 1680 by King Louis XIV, the theatre still lives up to its legacy today offering all the best work of Molière, the great playwright who’s as important to French theatre as Shakespeare is to English.

If you’re a fan of Impressionism you’re in luck, as the L’Orangerie Museum is in the southwest section of the Tuileries gardens. People come for Monet’s famous Water Lilies piece, but stay to admire more art by everyone from Cezanne and Renoir to Matisse and Picasso.

Which garden to choose?

Luxembourg gardens are in a vibrant neighbourhood, so if you’re a fan of all the 6th Arrondissement has to offer, you may prefer it. Tuileries is right at the center of Paris, and if you’re a museum buff you have easy access to some of the world’s finest ones just steps away.

Luxembourg vs. Tuileries : Round 3

Well, to cut to the chase, I prefer Tuileries. I realised the certain je ne sais quoi that attracted me to Tuileries is its orderly design and arrangement.

What impressed me most about Luxembourg were the rose garden and its nice arrangement of statues. If you’re a fan of Luxembourg, check out one of our walking tours for an up close look at the Latin Quarter.

But, like I said, I have a soft spot for the Tuileries gardens. Something about it just looks nice. It draws you in. It’s the type of peaceful scene that’s the perfect backdrop to any lunch break. Back in September, when the weather was still nice, I stopped by just to sit back with a beer in one hand and a hot dog in the other, content to look at the flowers underneath the shade of a large tree.

Just this past weekend, I was back at Tuileries, this time admiring the Christmas markets. Children riding carnival rides, ice skating, couples walking hand in hand through the bright holiday displays.

I had a hot dog in my hand yet again, but this time, thanks to the colder weather, I had a vin chaud in the other. 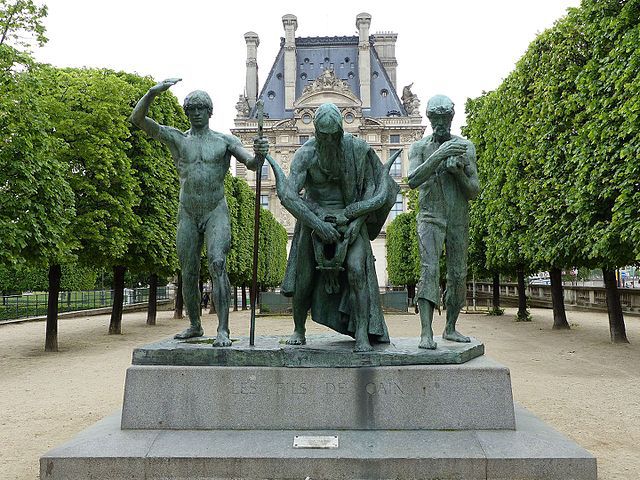 How to reach the gardens

Luxembourg and Tuileries are amazing places for any and everyone from tourists to locals. Both are free and easily accessible by public transportation. To get to Luxembourg, you can take the Metro to Odéon, get off at the RER Luxembourg stop, or hop on buses 21, 27, 38, 58, 82, 83, 84, 85, or 89.

Be sure to check operating hours online, as the parks close at different times depending on the season, Generally, the latest they stay open would be 9:30 p.m., but in winter they close hours earlier. Either way, you have plenty of time to enjoy a stroll. So choose one, and enjoy! And don’t forget to defend your garden in the comments!