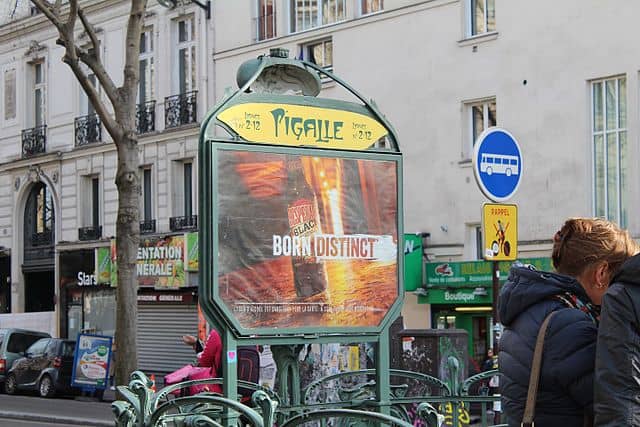 The neighborhood of Pigalle in Paris has one of the most interesting histories in the city. Home of the famous cabaret, which even featured nude dancers in it’s hay day in the 19th century, the Moulin Rouge. Pigalle is also known as the former red light district of Paris. Sex shops, peep shows, strip clubs and more reigned in this area well into the 20th century. 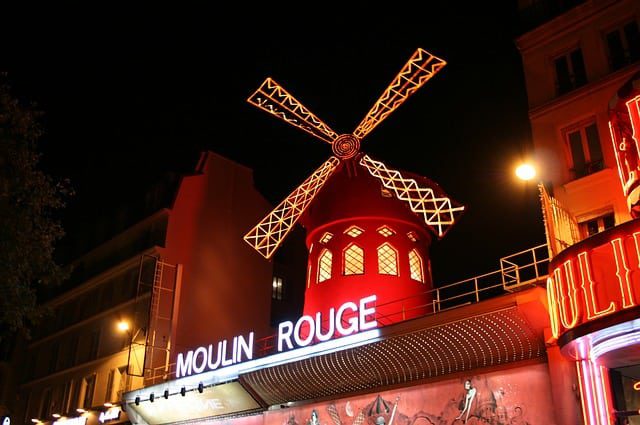 Pigalle was not only the more risqué part of Paris, it was also a stomping ground for artists such as Picasso, Renoir, Van Gogh, Matisse, and Modigliani. Infamous African American dancer Josephine Baker made her debut in the area, and eventually opened her very own night club there.

While Pigalle definitely has an interesting story behind it, is so much more than a tourist hotspot! Like most places in Paris, there is a ton to do that only the locals are aware of. Lucky for you – I just happen to be a Paris local myself! After living here for nearly 5 years, I’ve managed to explore the ins and outs of Paris, and one of my favorite things to do is share them here with you.

Keep reading to discover some of the best hidden secrets of Pigalle!

Best Secret things to do in Pigalle

Like most things in Paris, the best thing to do when you arrive in the neighborhood of Pigalle is to take a walk to familiarize yourselves with the area. 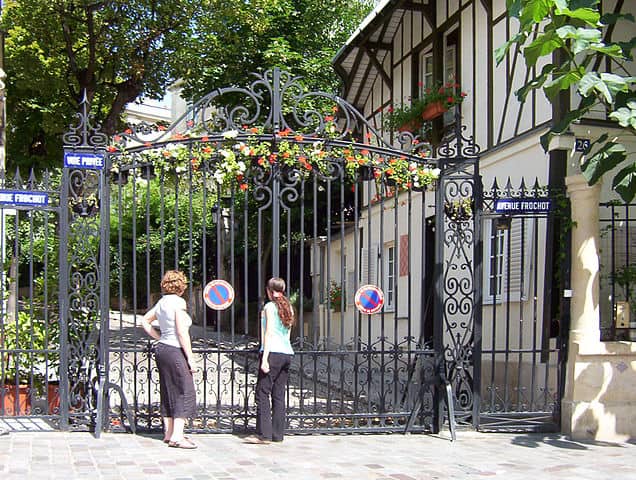 Head down avenue Frochot, a street known for it’s amazing mansions. Don’t miss the house situated at number 1, which is supposedly a haunted house. Neighbors have gone so far as to say that they have heard footsteps in a staircase where a servant was brutally murdered in the early 20th century. What makes hearing footsteps so scary, you may be asking yourselves? Mostly because when they were heard, the mansion was empty and uninhabited. 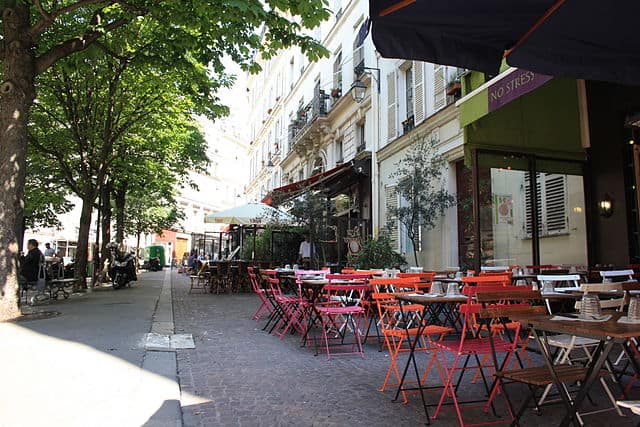 Continue your adventures in strolling and head to the Place Gustave-Toudouze. The small street is lined with 3 cafés worth checking out, the No Stress Café is my personal favorite for it’s unique interior.

Move onto another place: the Place Saint-Georges, an adorable spot to take photos of the classic Haussmannian architecture there. 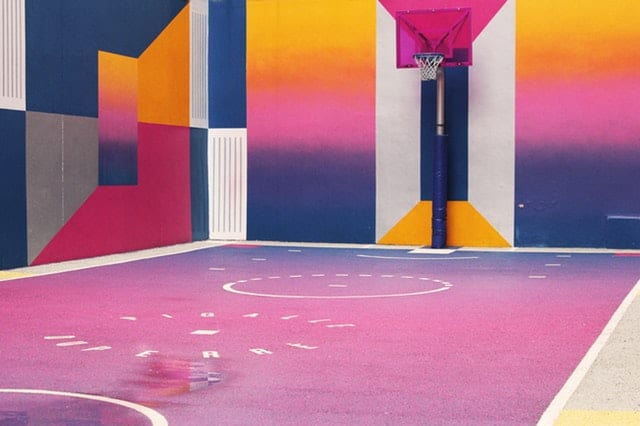 If you’re looking to get a little sporty, head to 22 rue Duperré, where you’ll find the most colorful Basketball court in Paris! The court is wedged between 2 buildings (to my hardcore basketball players out there: this means that the court is not regulation size, sorry!), and features a rubber floor to absorb noise. The court is lovingly named the Pigalle Playground, and is painted hot pink, blue, and purple. Even if you don’t want to stop by to shoot some hoops, it’s a great photo op! 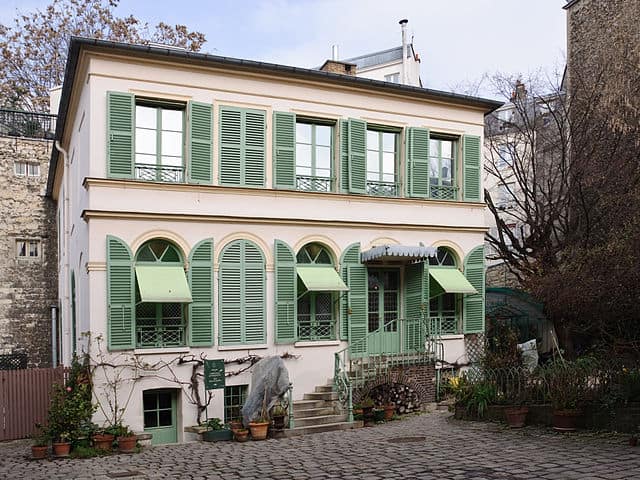 Last but not least, we are in Paris, and as the home to over 100 museums, I have to include one of my favorite musées to check out. The Musée de la Vie Romantique is located in the former home of artist Ary Scheffer, and is dedicated for the most part to the writer Georges Sand and Scheffer, respectively. Not only is the location gorgeous, it also features a small café, the perfect place to take a break and grab a coffee or tea to relax. 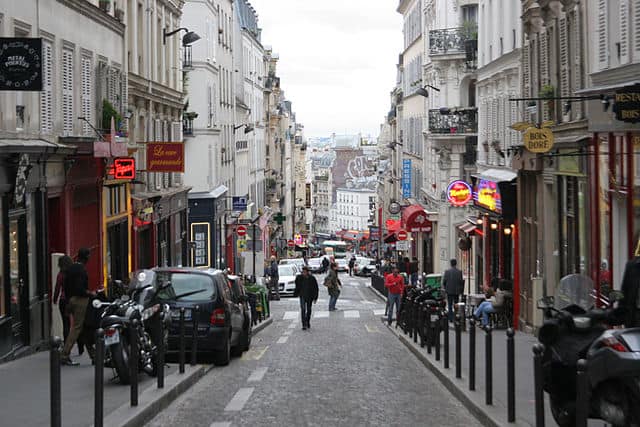 Rue des Martyrs isn’t necessarily a restaurant in of itself, but it is the place to go for cheese shops, bakeries, pastry shops, butchers, and delis. Hailed as one of the most authentic streets in Paris, I can definitely see why! Head here if you’re stocking up for a picnic in front of the Sacré Coeur, or if you’re staying in accommodations with a kitchen (something I totally recommend if you can!). Bonus for all of my fellow bookworms, is that the street is also home to a few bookstores and paper shops.

If you’ve been to Paris already, or really any other major European city, you know of the all mighty kebab sandwich. It’s what I’m sure you’re all craving after a night of drinking and dancing (been there!), and there are dozens and dozens of options in Paris. But what if I told you I know of a restaurant serving up kebabs in the most gourmet way possible? Enter: Zarma in Pigalle. Opened by a former food journalist who has traveled throughout Germany, Turkey, and Lebanon, this guy really knows his stuff! Not only are his innovative twits on this classic drunk food amazing, the shop also features a great dessert menu.

La Pantruche is an old French slang term for ‘The Parisian’, and this small Parisian bistro deserves it’s name! It’s set up in classic Paris-restaurant fashion: with small tables pushed together, large mirrors lining the walls, and an overall very cozy atmosphere. Not only is it quintessentially Parisian in style, the food is amazing! I recommend their oyster tartar, as I’ve never tasted anything like it in my life. Interestingly, the restaurant is not open on the weekends, so make sure to make room in your plans to head here for lunch or dinner during the week.

The bar Les Justes is a really unique concept: for every drink sold, 1 euro is donated to a charity. This makes sense, as les justes translates roughly into ‘the fair ones’. I haven’t checked this one out in person yet, but I can’t wait to go. The atmosphere is cozy and welcoming, and it looks like the perfect place to spend an evening with friends or your sweetheart.

The bar the Orphée is considered by some to be the most secret bar n Pigalle. Well, this is a blog about secret Pigalle, so I had to include it! The bars secrecy begins from the moment you arrive, as you have to enter through a hidden door, nestled between other bars and restaurants. This bar is so exclusive, that it’s important to try to visit right when they open, during the week, and try not to get offended if the doorman doesn’t let you inside. I’m usually not really a fan of this type of place, but I have to admit it can be quite thrilling if you do manage to get inside. And if you don’t – at least you can say that you’ve tried! 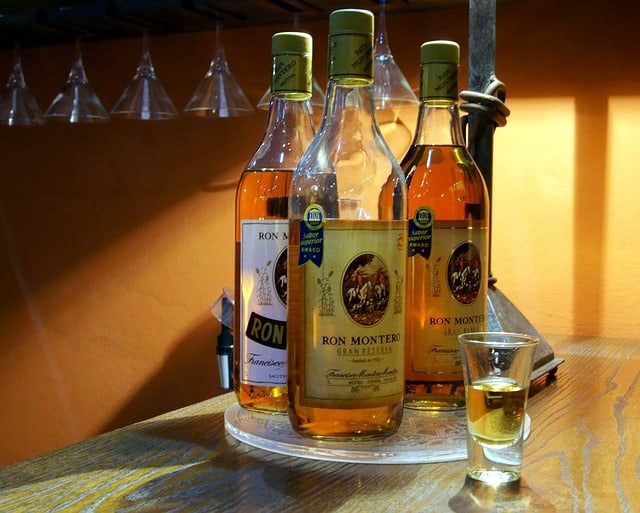 L’Embuscade is the place for you if you like rum. It is a Cape Verdean bar, decorated with tropical plants and Cape Verdean style music is always playing. The bar’s offerings includes a an assortment of rum based cocktails and food. But don’t look for the food choices on the menu: the cook serves up whatever he feels like making that night! Visiting this bar made me wish I could take a tropical vacation, but since that’s not always possible, I’ll take spending an evening at L’Embuscade instead. 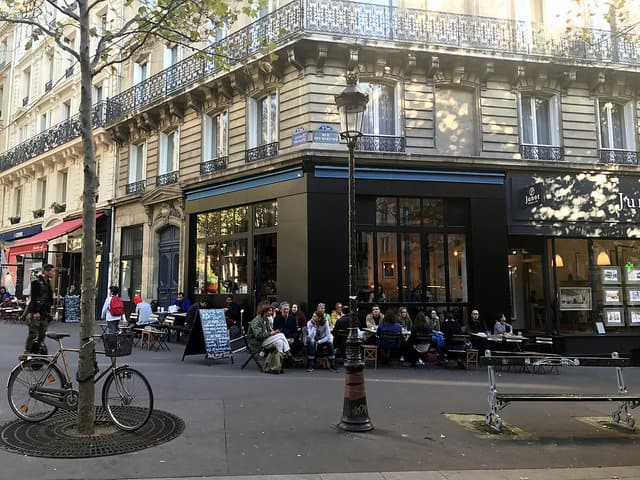 A street in South Pigalle, Paris by Bex Walton – Flickr

Pigalle is a neighborhood filled with off-the-beaten-path activities, and there is even a sub-neighborhood within the area, called South Pigalle, or SoPi for short. I’ve already mentioned a few locales above that can be found in this subsection of Pigalle.

SoPi is considered to be the area between the Blanche and Anvers metro stations, and on to the Notre-Dame-de-Lorette and Trinité-d’Estienne-d’Orves stations. It is filled with trendy boutiques, bars, restaurants, and Parisians (yes, those locals I keep mentioning!), enjoying the neighborhood.

Interior design, concept stores, hipster and designer boutiques alike are plentiful here as well, so an afternoon of shopping is definitely a good idea.

Some can’t miss addresses in SoPi are as follows:

Bar where you can play pétanque!

There you have it, all of my best secret places in Pigalle! I hope I’ve helped you discover more about this special neighborhood in Paris.

The next step is, of course, getting out there to explore on your own! If you’re still looking for help, click here to take our Montmartre walking tour, which touches on the neighborhood of Pigalle as well.