5 of the Best Places to Stay near Saint-Michel 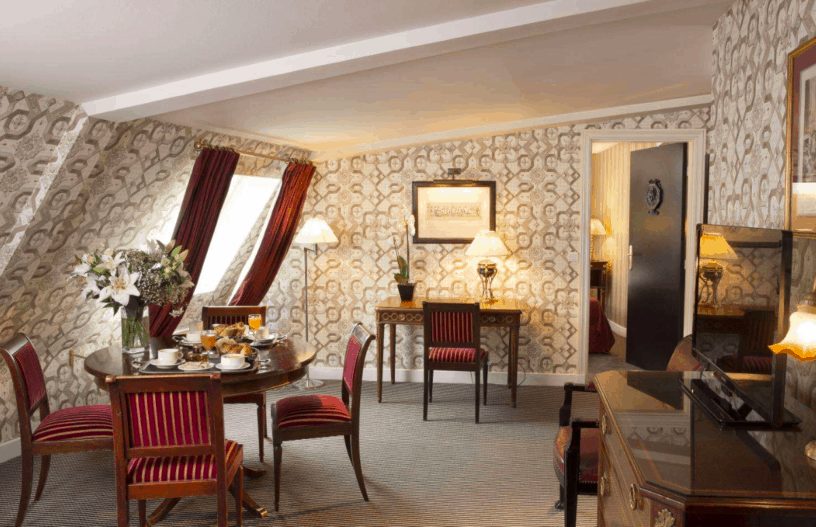 5 of the Best Places to Stay near Saint-Michel

Saint-Michel in Paris is mostly comprised of the Saint-Michel public square and the few adjacent streets surrounding it.

The square is situated in the Latin Quarter, between the 5th and 6th arrondissements. The reason this particular square is so well known is because it faces the Île de la Cité; the island upon which the Notre Dame sits in the River Seine.

The Saint-Michel bridge links this island with the rest of the Left Bank, making both parts easily accessible to the thousands of visitors who come to see this site daily.

If you aren’t already aware, the Latin Quarter is one of the most lively parts of Paris and a very central spot I which to seek accommodation during ones visit to the city.

Here are 5 of the best places to stay near this vibrant square.

A spacious and well managed four star hotel tucked away in a side ally just a four minute walk from the Saint-Michel metro stop. Conveniently, the metro stop for Saint-Michel happens to be just next to the Saint-Michel bridge, where you’ll gain access to Notre Dame and various other landmarks that live on that island. 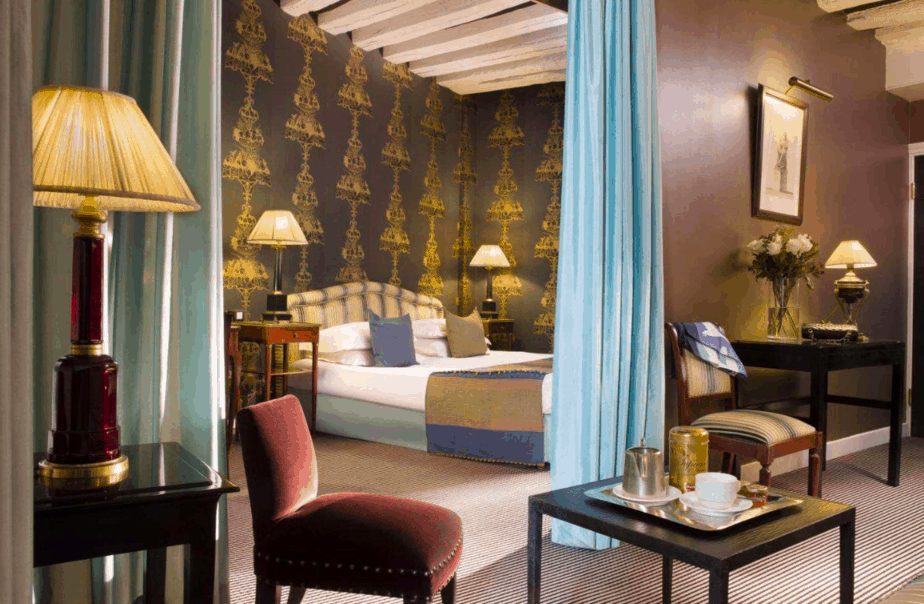 The Residence des Arts keeps its rooms to a classic Parisian theme. Some of the bigger suites have clearly drawn inspiration from some of the French palaces in the countryside that you can visit on a day trip.

Let it be known that this area is littered with hotels and forms of accommodation — the side street location of this one helps create a getaway atmosphere that keeps you away from the main streets when it comes time to relax.

Not far from the afore mentioned hotel, the Hotel Villa d’Estrees is another four star premises that takes a more 1920s flair to the design choices within the space.

The hotel is built into an old 18th century building which remains, for the most part, virtually untouched since its inception into the city. Taking this into consideration, rooms at this hotel are still notably larger than most other places in the area. 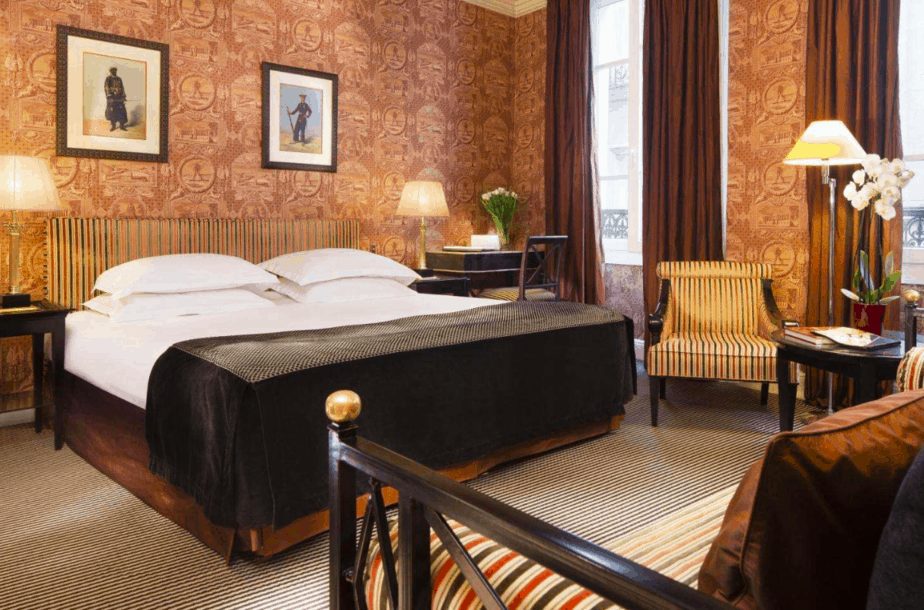 Guests are treated to a full buffet breakfast each morning and are then within walking distance to all the attractions in the Latin Quarter and Notre Dame districts.

Aside from being a beautiful place to stay near Saint-Michel, the Relais Hôtel du Vieux Paris has an interesting history. It is built into a very, very old 16th century building that has been carefully preserved through the years.

The hotel went through a period whereby it was known as the “Beat Hotel”. During the 1950s and 1960s this was the major source of housing for American Beat writers traveling to Paris. 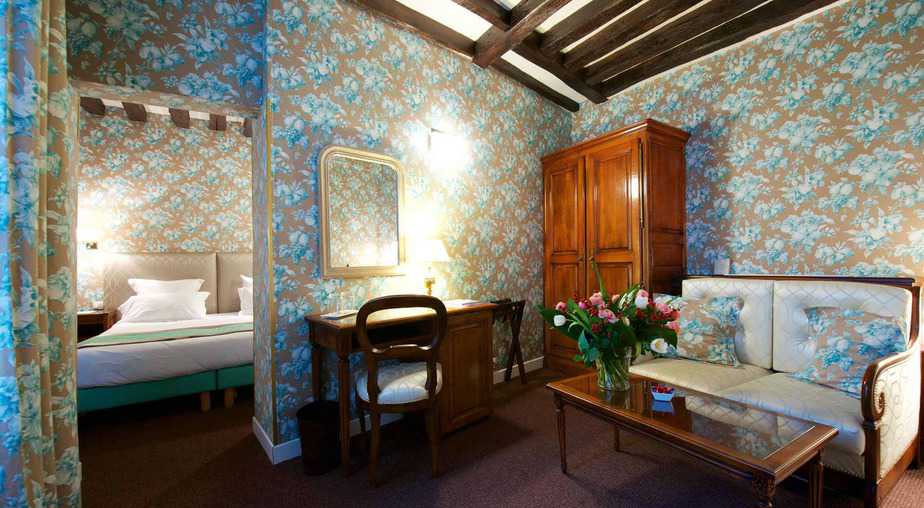 The space has a lot of history and is central to all of the attractions in the district. Being near to the main road you’ll be able to observe (and even join) all of the free guided walking tours that come through this part of Paris on the daily.

It is a low-key establishment but service and hospitality equate to that of much higher starred facilities. The rooms are small but functional and there is continental breakfast served daily for all guests to enjoy. 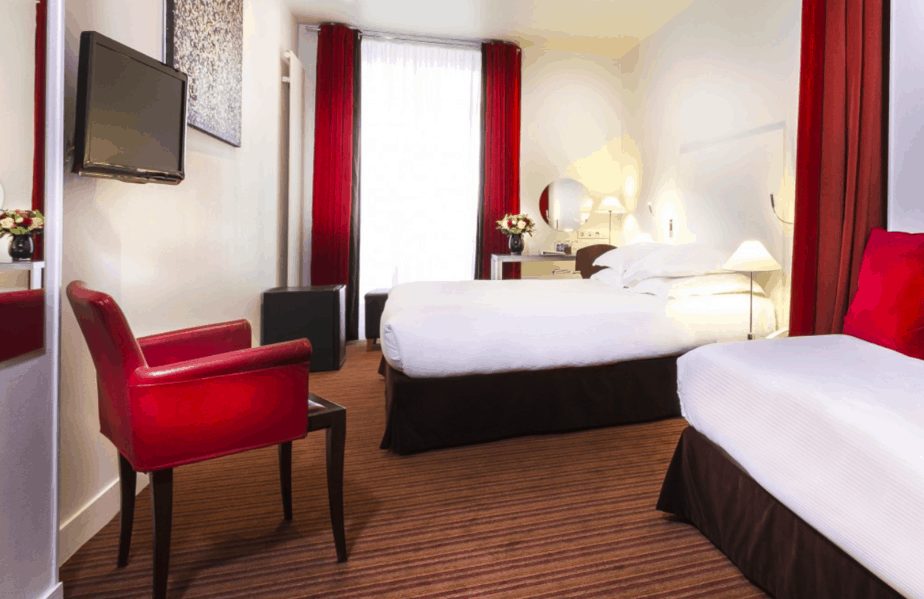 On the same road as the Albe, just one block east, you’ll come to find the Shakespeare and Company Bookstore which is somewhat of a iconic landmark in these parts. An unmissable attraction if you are even vaguely into books or the man himself, Shakespeare.

While the Airbnb craze continues to snowball its way through the districts of Paris, we are officially able to add Saint-Michel to the list.

Airbnb is a great alternative to hotel living because it gives you access to all the comforts of home during your trip. You also enjoy a lot more privacy through the use of this platform compared to simply joining a hotel space. 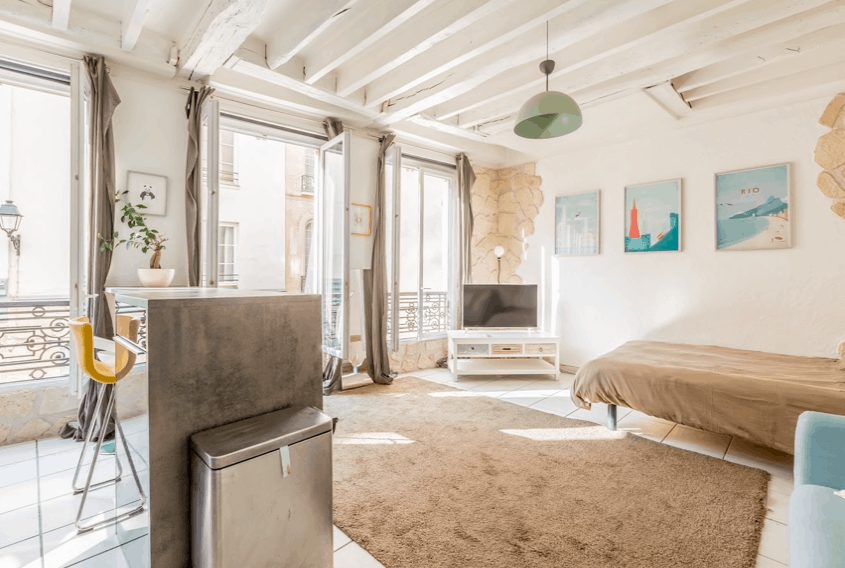 Airbnb near Saint-Michel – by Airbnb – Sourced from their website

When searching for your best suited accommodation, be sure to turn on the filter that isolates your search to places that are near Saint-Michel. The filter will force the algorithm to show you potential places along with their exact distances from the area’s center.

Because of the Latin Quarter being such a busting student town, there are many apartments available for rent by broke students willing to share their space in the city. 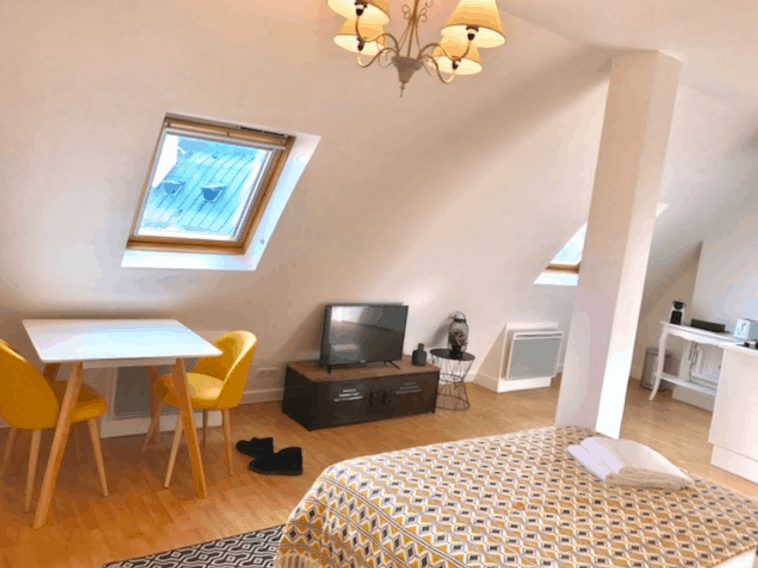 Airbnb near Saint-Michel – by Airbnb – Sourced from their website

Bare in mind: the closer to the Seine the better. This is regarded as being “central” to this neighborhood and within acceptable walking distance from the bars, restaurants and cafes that the arrondissement has to offer.

Saint-Michel is a small yet vibrant part of Paris with an abundance of hotel and Airbnb options available. My recommendation would be to stick anywhere between the Odéon and Saint-Michel Notre-Dame metro stops — anywhere within this block would be considered well situated!