The History of the Champ de Mars 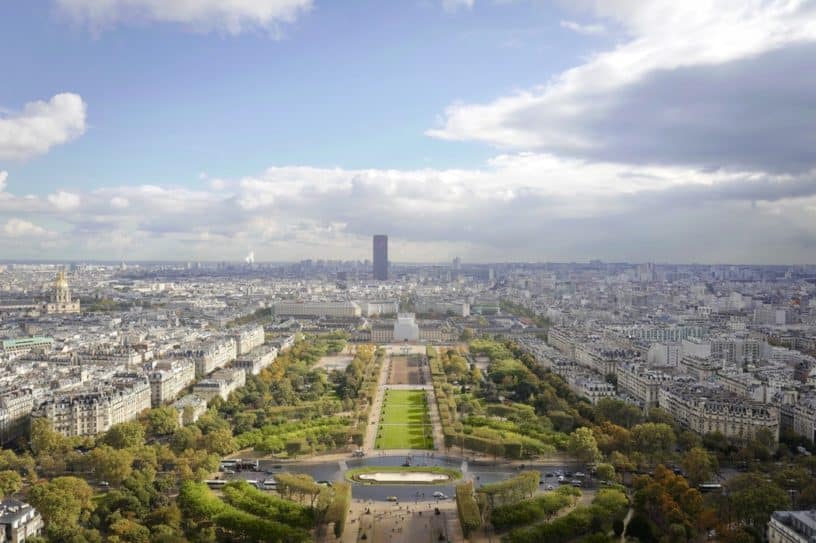 Aerial of the Champ de Mars - by Drew Coffman - Unsplash

The History of the Champ de Mars

The sunshine is Paris brings the people outside in their droves. There are ample park spaces around the city where one can enjoy the day outside; most of them being free of charge for the public.

If you think of the circular shaped city that makes up greater Paris, imagine it as a anatomic network of roads, rivers and green spaces wherein the people and buildings find their place.

On the left and the right you have the lungs of Paris’ anatomy; the parks of Boulogne and Vincennes. At double the size of Central Park in NYC, these spaces are officially the biggest parks in all of Paris. 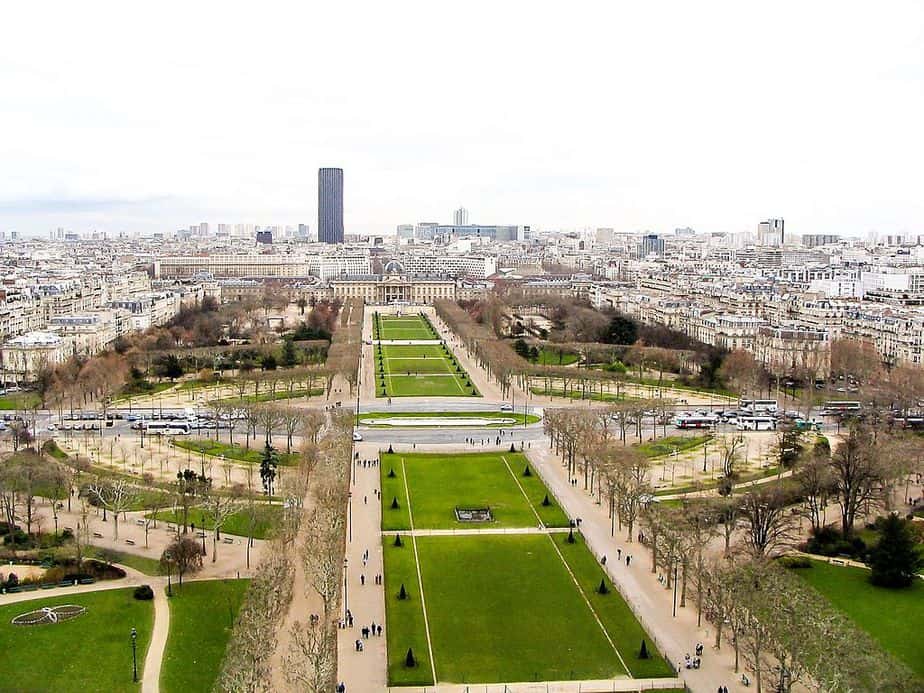 Between them are the other smaller grounds and gardens that the locals and tourists can make use of amongst the arrondissements.

The Tuileries Gardens, Jardin du Luxembourg, Trocadéro Gardens and the Paris Botanical Garden are just a few within close proximity of the city center.

Because of its close proximity to the Eiffel Tower, the Champ de Mars is sometimes overlooked as a notable park attraction in the city of Paris. The history of this particular park has always fascinated me — in the mood for a visit?

The Champ de Mars is the park ground located directly underneath and ahead of the Eiffel Tower. Both of which you’ll find in the 7th arrondissement — although the tower can be seen from most of the arrondissements around Paris.

If you’ve ever listed ‘laze under the Eiffel Tower’ on your bucket list, this would the the grounds on which you’d do so.

The park is an impressive 780 meters long. It is open to the public at all hours of the day. 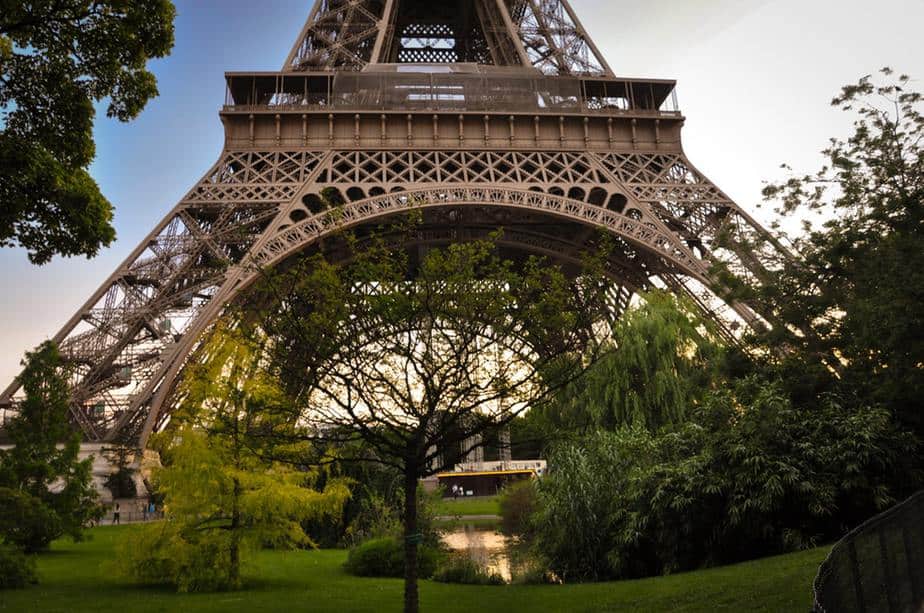 In the spring and summer you’ll find it hard to find an open space upon which to set your things. The space is filled with fellow travelers and families all trying to take in the iconic monument that lives just a few feet away.

The Champ de Mars is the perfect place to enjoy a true Parisian picnic with baguettes, croissants, your favorite cheeses and French wines.

Because of the tower, you’ll watch many free guided walking tours go by while you lounge around the green.

History of the Champ de Mars in Paris

While the Champ de Maris is one of the most peaceful places in Paris today, this was not always the nature of the space.

The name itself directly translates to the filed of Mars; which comes after the Roman god of war with the same name.

Prior to 1765, the land was used as a hybrid farming/market place where vendors could pick a spot and grow & sell fruits, vegetables and flowers day by day. However this particularly patch of land soon proved infertile and not ideal for farming — so this use was short lived. 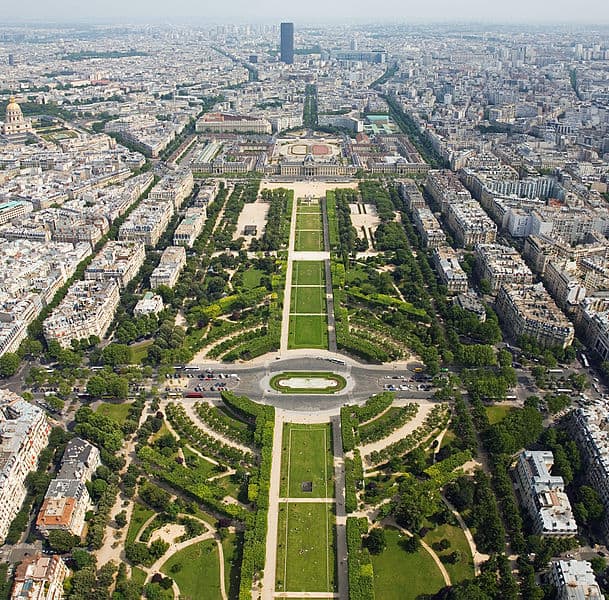 Years went by and things in things began to change. As I’m sure you know the French Revolution was an incredibly tumultuous time for the city of Paris and for the people who called it home. In 1791 the National Assembly issued an order that Louis XVI would remain serving as king, in spite of the general public demanding his removal.

In protest, massive crowds took to the streets and made way to the Champ de Mars where they could fit together. To try and disperse the crowd, the Marquis de Lafayette and National Guard entered the space and began splitting people apart.

During this time an ever larger protest crowd arrived and entered the park space to join the rest. At this point the crowd became too big for either of the security groups to manage. 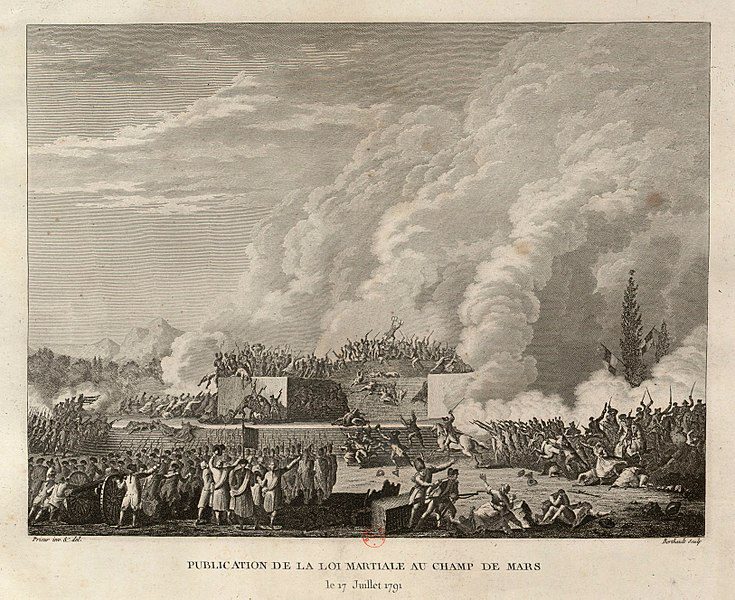 Despite their best efforts, the crowd remained strong and began throwing stones at the guards to retaliate. The National Guard fired warning shots into the air, but it is said that these proved ineffective and they had no choice but to open fire on the increasingly rowdy protestors.

It is estimated that around fifty people lost their lives this day on the Champ de Mars. The day is known to the people of France as the Champs de Mars Massacre.

Nearby Attractions of the Champ de Mars in Paris

Aside from the Eiffel Tower, there are other notable attractions near the Champ de Mars that make it the perfect central stopping point between a full day of site seeing .

The Orsay Museum is my personal favorite thing to do in the 7th arrondissement. It is one of the most iconic museums in the world, and prone to less crowing thanks to most people flocking to the Louvre instead. 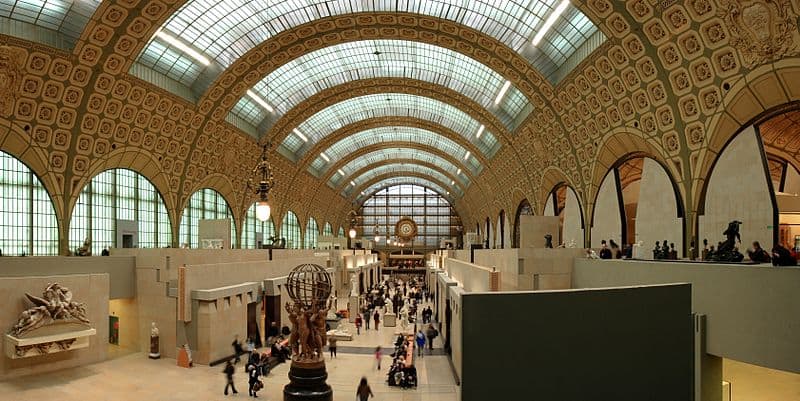 Not far from the Champ de Mars you’ll find Invalides; an unmissable part of this district and an attraction that you’ll need a few hours to properly enjoy.

Invalides is where the Military Museum of Paris and the official tomb of Napoleon himself. There are many aspects to this historic space and even without a fill day to spare you can visit a few of the combined elements in an hour or so.

Of course any visit to the Eiffel Tower and Champ de Mars wouldn’t be complete without a walk past the Seine. Located directly behind both the park and the tower, the Seine river crowns the space and is the best way in and out of the area. 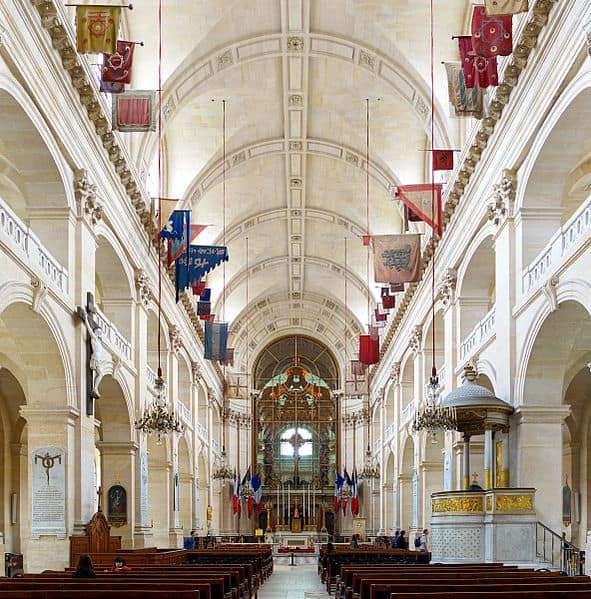 The Champ de Mars is an unmissable part of Paris’ history and is, today, a central heartbeat to the daily life of the city. Rain or shine these grounds are beautiful to behold. See you on the green!