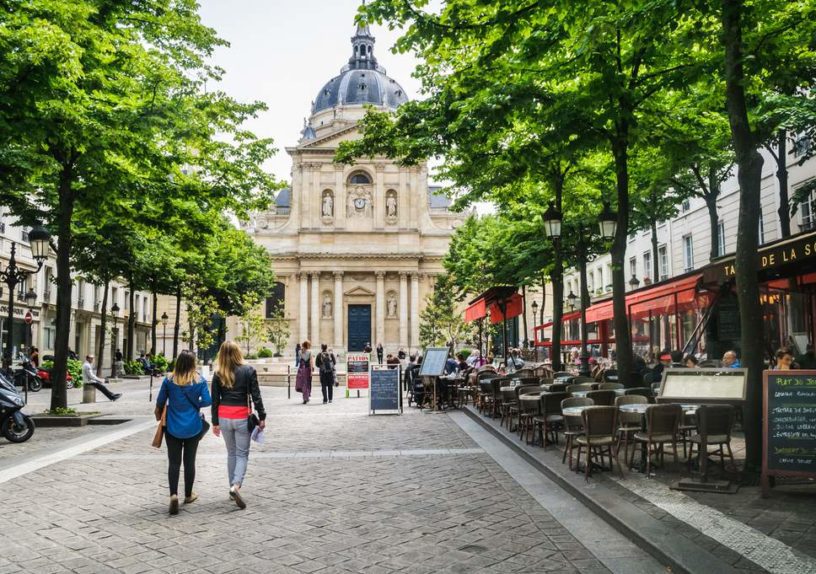 One of the most interesting neighborhoods of Paris is Le Quartier Latin. Montmartre might be the most bohemian neighborhood of the city, but the Latin Quarter definitely is the most intellectual! The main reason of it is due to the fact that there are many prominent universities and schools in the area, such as the Sorbonne for instance. It is a very young neighborhood, due to the high number of students that study and hang out in the area.

Besides its famous schools and universities, you will find several medieval constructions and places full of history in the Quartier Latin, that are waiting for you to discover them! Both travelers and locals love this part of Paris, because it is so interesting. One learns a new thing about the area every single day!

Located in the left bank of Paris, and part of two arrondissements, the fifth and the sixth, you really should not miss this charming area while in Paris! As an introduction to the Latin Quarter, I’ve decided to share with you 5 things to learn from Le Quartier Latin!

The origin of its name 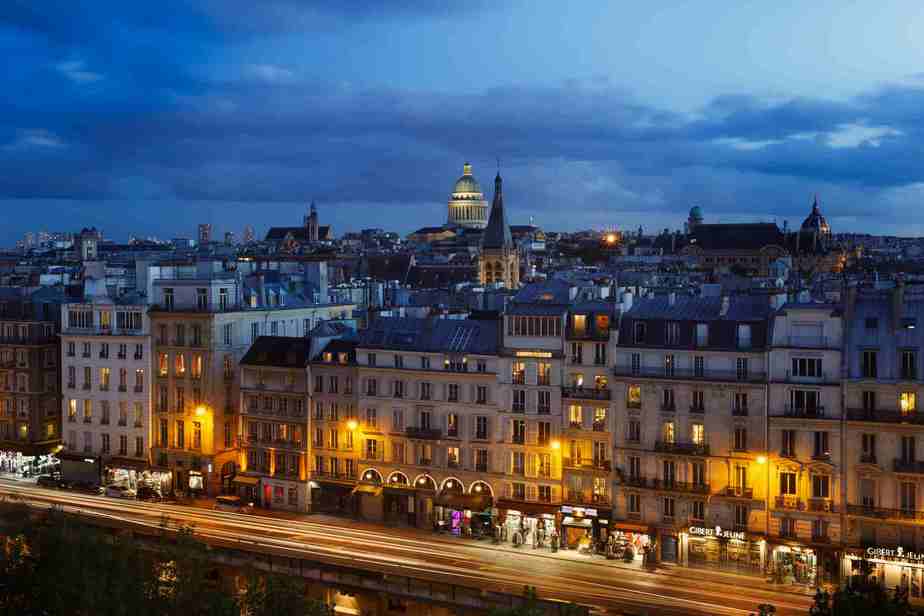 A lot of people think the Quartier Latin got its name from the Romanic architecture of the neighborhood. Even some locals are not aware of the real origin of the name! The origin of the Quartier Latin name dates back from the Middle Ages! A lot of school were established in the area, and at that time, all classes were conducted entirely in Latin (until 1789)! All the students had to learn the language.

During the Middle Ages, one usually heard Latin in the streets. But things have definitely changed! Today, you will be able to hear many different languages, such as English, Spanish, Italian, German, among many others!

The Romans settled in the Quartier Latin 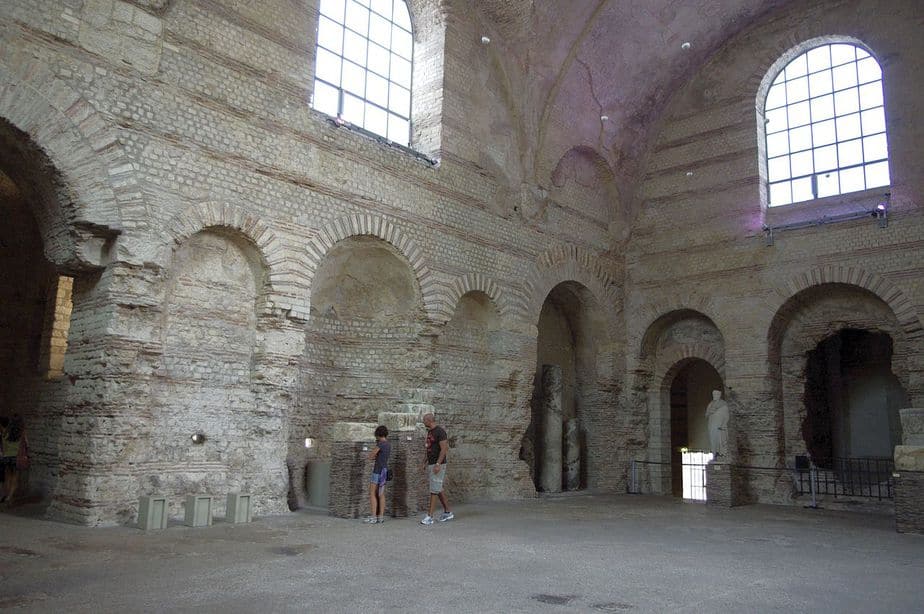 Paris was born in the left bank of the Seine about more than two thousand years ago. It was precisely born at Rue Saint Jacques in the fifth arrondissement, at the top of the Montagne Sainte-Geneviève. It is where the Roman surveyors settled their tools and started working on the project of a main axis of the city.

At the end of the first century, the long street formerly known as the “cardo” allowed the inhabitants to walk the whole city in twenty minutes. It was the main axis of Lutetia, the city that took only a few years to be built and founded on the left bank of the city and the City Island.

At the top of the Montagne Sainte-Geneviève in the left bank, there used to have the Forum, which was at the foot of the Pantheon. The Forum used to be the heart of the civic life. All the businesses of the city used to be dealt with at the Forum. It was the symbol of the Roman supremacy! It was both a public square and a sacred area. People used to come and pay tribute to the Emperor and the Gods. Unfortunately, this Forum no longer exists, but there are still a few traces of the Roman passage nowadays, such as the Thermes de Cluny, just behind the Musée de Cluny and the Arènes de Lutèce.

Many schools opened during the Middle Ages 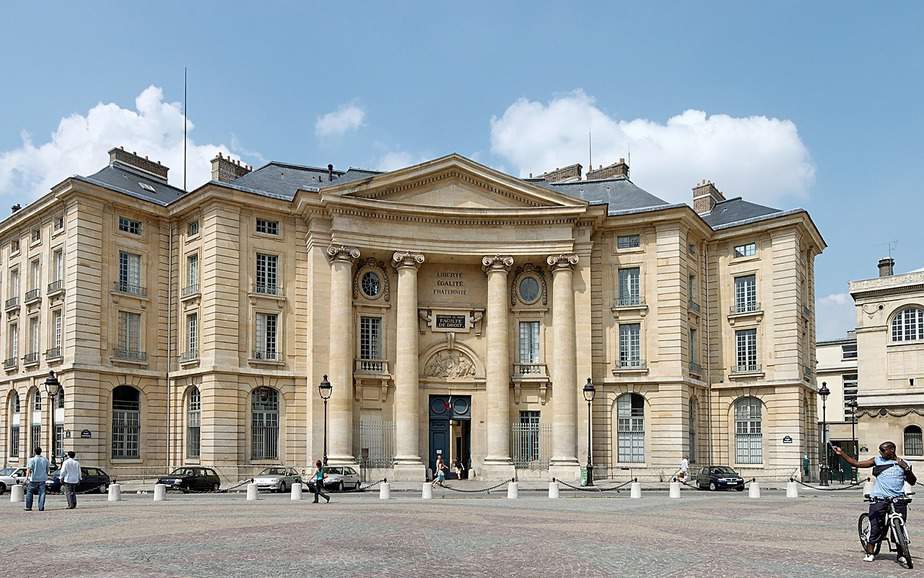 It is where the May 1968 Revolution took place 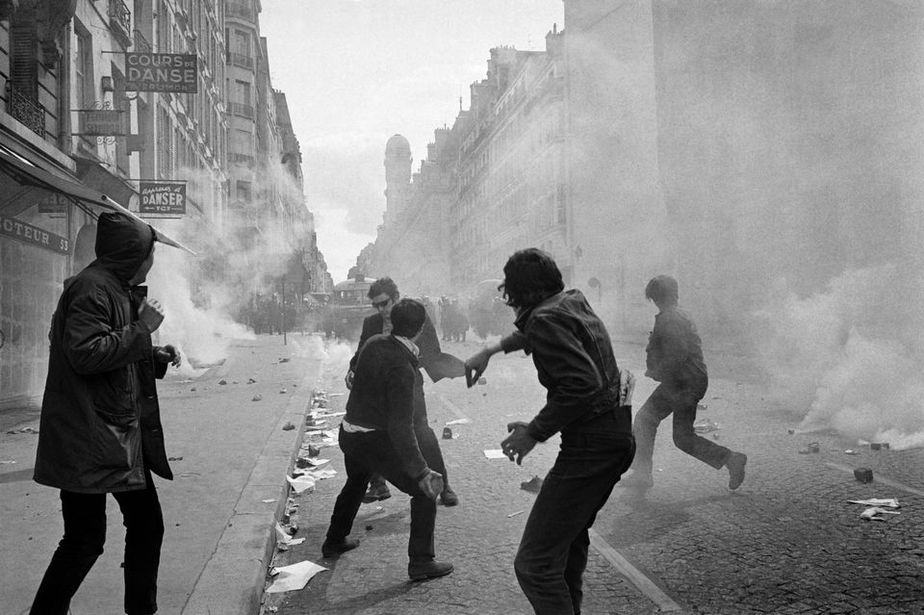 On the night of May, 10th of 1968, more than twenty thousand students gathered in the Quartier Latin. They are appalled and barricades were organized. Police forces pressed against the demonstrators. Tear gas, Molotov cocktails, and paving stones were thrown. This night was a turning point for the events that agitated the capital for a week. But, what did cause these events?

In 1968, the France was presided by Charles de Gaulle for the last ten years. Economic growth slowed, unemployment increased, and society was too rigid for a youth that was eager to be emancipated.

At the University of Nanterre, the revolt erupted. Political extreme left groups emerged and denounced the consumer society, claimed the renovation of academic model, mitigated against the Vietnam War, which was a symbol of American Imperialism. Their goal was to reverse the established order.

During several nights of 1968 May, many violent confrontations took place between the Police forces and the students. On May, 13th, the unions called a strike and the workers took to the streets. Massive demonstrations happened all throughout the country of France. Workers demanded better work conditions and higher wages. The factories were occupied. In just a few days, France was paralysed by the most important strike action of its history. About ten millions of people took part in these protests.

These May 1968 protests only ended when Charles de Gaulle dissolved the National Assembly, regaining the trust of the French. 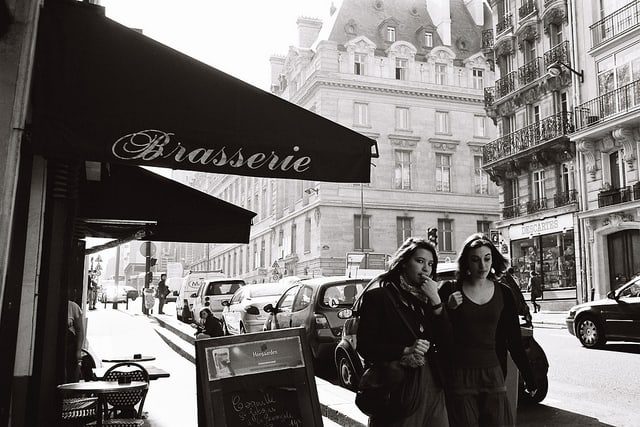 All the city guides talk about the not-to-be-missed Quartier Latin in Paris! Tourists can walk the neighborhood from the Sorbonne University to the Saint Michel Fountain. They will find many hidden treasures along the way.

The Quartier Latin, kind of, is the headquarters of students since the Middle Ages! They enjoy strolling and hanging out in this quarter.

The history of the area is so rich. I’m pretty sure a walk in the Quartier Latin will be thoroughly inspiring to you. It breathes knowledge and curiosity. The majestic universities and high schools buildings, the students coming out of there, the libraries filled with locals, the Roman and Medieval details of the neighborhood will allow you to time travel and refocus on your main life goals. Also, don’t miss the opportunity to spend some time in a café or a terrace, talking about philosophy or discuss important issues with the locals! Awesome moments are guaranteed in the Quartier Latin!

My article now comes to an end! I hope you’ve enjoyed reading it. If you’d feel more comfortable visiting the Quartier Latin with a local guide, don’t hesitate to join our Latin Quarter walking tour! It’s the opportunity to walk the area in the company of a Parisian that will show you all the best hidden places and tell you all about the history of this mythical neighborhood! Don’t hesitate to contact us if you need further information about anything. Also, I recommend you to visit the Musée Carnavalet if you want to learn everything about the history of Paris, that is reopening in December 2019. See you soon in Paris!