Paris - By month, Paris - Neighborhoods and where to stay 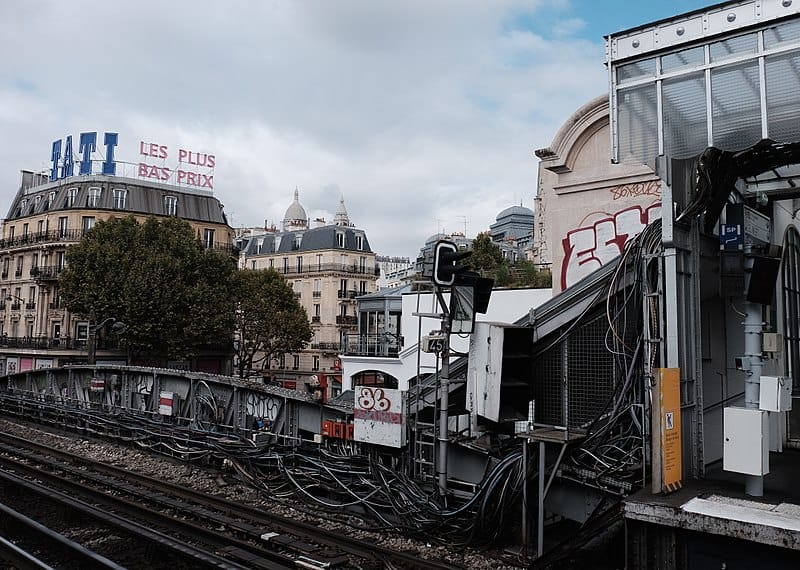 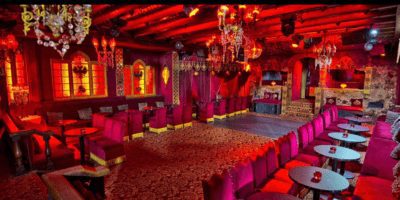 In Europe, it is not uncommon for major metro stations to form identifiable landmarks in terms of neighborhood and districts. Many of the cities most notable attractions can be easily found by finding the strategic placement of the nearest metro station. 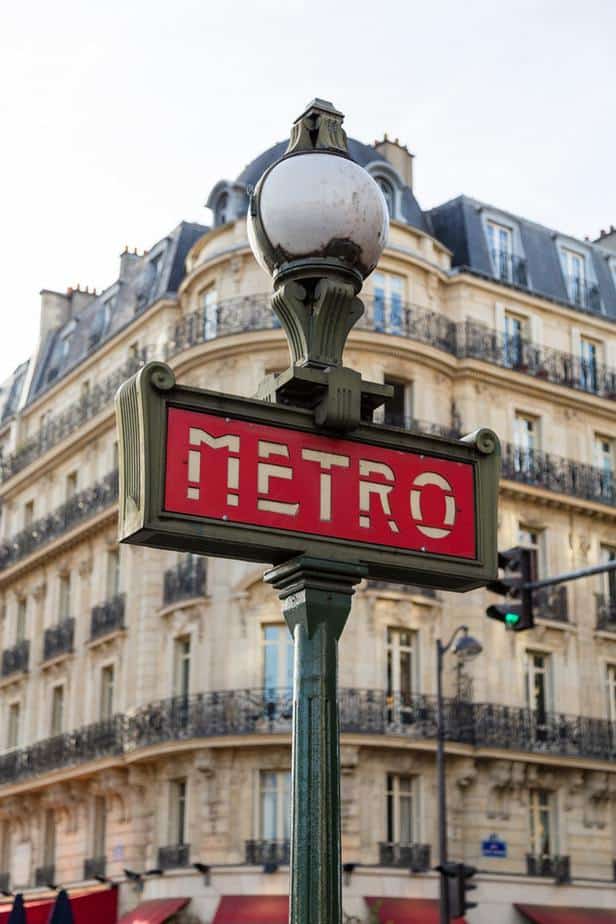 Some stations in Paris achieve their well known status slightly differently. The Abbesses metro over in the district of Pigalle, for example, has become a tourist attraction in itself by being the deepest metro station in Paris. It runs 30m below the ground and visitors love challenging one another to races up the stairs.

The Barbès-Rochechouart station marks the spot where the 9th, 10th and 18th arrondissements of Paris come together at one single point. The surrounding neighborhood of Barbès-Rochechouart is said to be one of the last non-gentrified areas remaining in Paris. 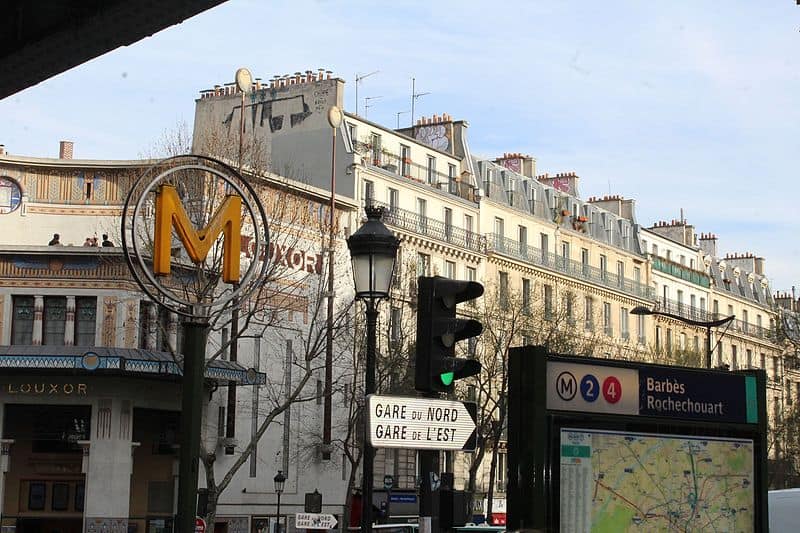 Because of this, Barbès-Rochechouart is one of the most affordable areas to stay in when visiting the city of lights. Much of the accommodation scene around here is hostel based, though there are a few actual hotels in the mix as well.

In Barbès-Rochechouart you’ll mix with a plethora of travelers from around the world; many of them solo. It’s a great neighborhood to stay in if you are on a budget. Here’s a roundup of five of the best places!

As you get into Barbès-Rochechouart, the Hotel Luxia is juts a short walk from the station. In spite of its affordability, the quality of the hotel has not been compromised and you’ll enjoy a clean and comfortable stay at this establishment.

The entry to Hotel Luxia is low key; you’ll identify it by the simple red awning hanging over the doorway reading the hotel’s name. It is situated in a quiet street away from the chaos that tends to exist in the neighboring three arrondissements. 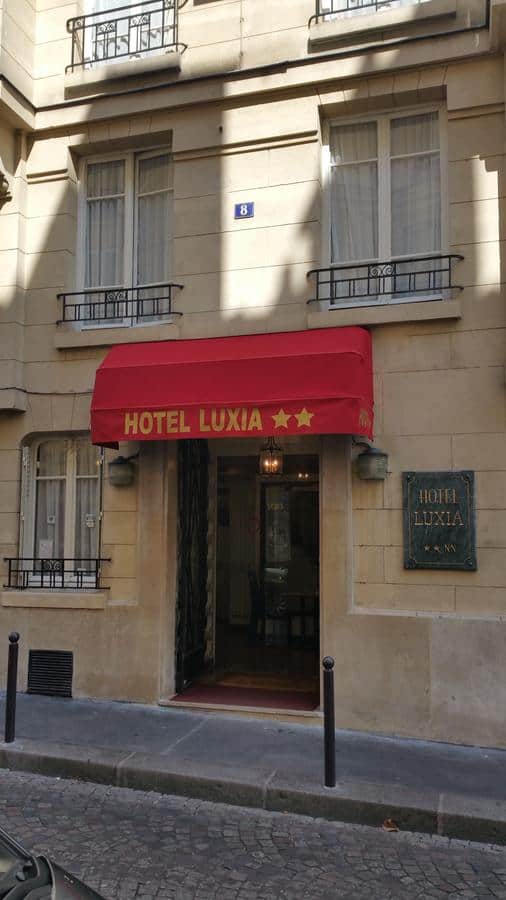 While staying at Hotel Luxia you’ll be within walking distance of Le Trianon. Be sure to get some tickets to any gig here well in advance and head out for a night of music, mingling and great drinks.

Many people forget that Barbès-Rochechouart boarders Montmartre. The two are so nearby that it’s hard to tell where one stops and the next starts.

If you have a slightly more flexible budget then Montmartre is a wonderful place to stay during your time in this district. The town is filled with history and this extends into the architecture of many of the old buildings that now house hotels and Airbnb’s.

You’ll have endless opportunities to join free guided walking tours in the area and uncover all that it has to offer. 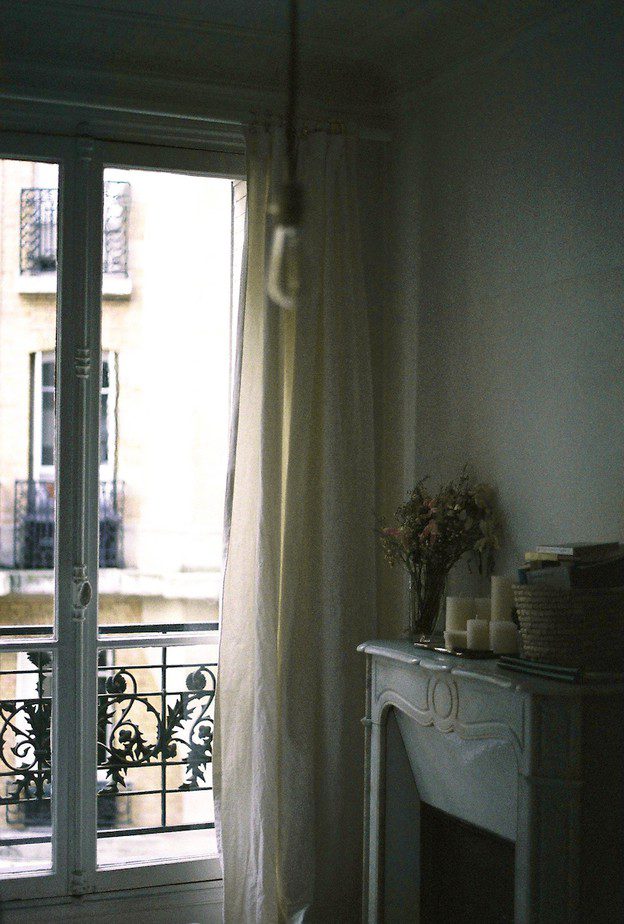 On that note, my top recommendation for finding accommodation in Montmartre is always Airbnb. Many of the Montmartre locals work on an alternation basis with their roommates, renting one room in their apartment out while sharing profits and sleeping in the second bedroom together.

The apartments in Montmartre are classic and beautiful. And you’ll enjoy the luxury of not sharing a bathroom with strangers the way you usually would in other hostels near Barbès-Rochechouart.

I must admit that Avalon Appart’Hotel is a bit of a hidden gem near Barbès-Rochechouart. Their price per night is quite astounding when compared to the interior and amenities.

The hotel is classes as 3 star but features prices closer to that of a 2 or even 1 star Parisian hotel. Compared to other similar establishments in the area, the Avalon Appart’Hotel is definitely on top when it comes to comparing service. 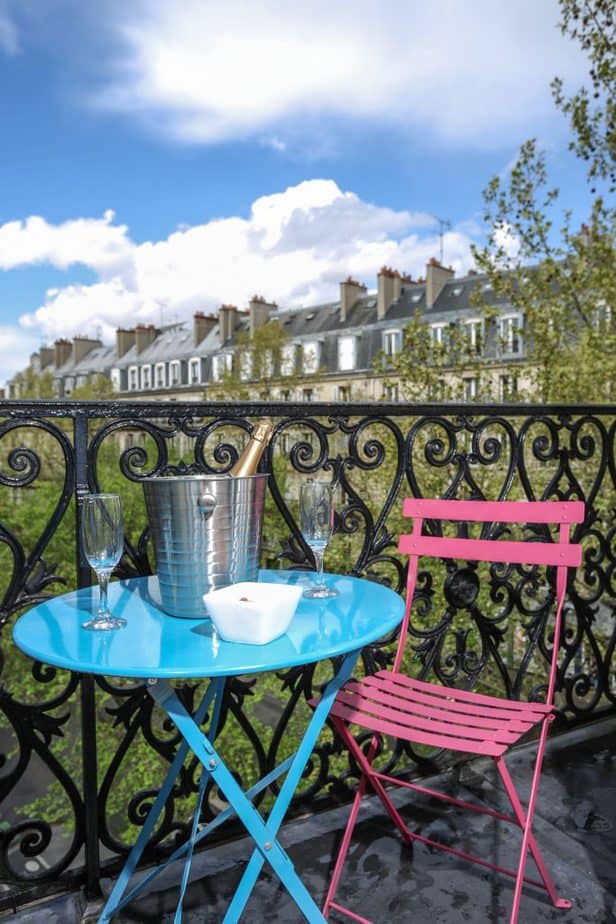 The hotel is small — make no mistake. It is best suited to solo travelers and couples. I would not recommend families with children stay here.

It is a two minute walk south of the Barbès-Rochechouart and a total of 3km from the Louvre museum; hopping back on the same metro and heading west will take you right to it.

In the heat of Barbès-Rochechouart, just south west of the main station, you’ll find another well priced and popular hotel. The Hotel Riviera is a low key, 3 star hotel built into one of the renaissance style buildings still standing in this district.

The exterior looks like something out of a 1920s Parisian mob film, where champagne and cigarettes flow freely behind the beige walls that we see from the street. 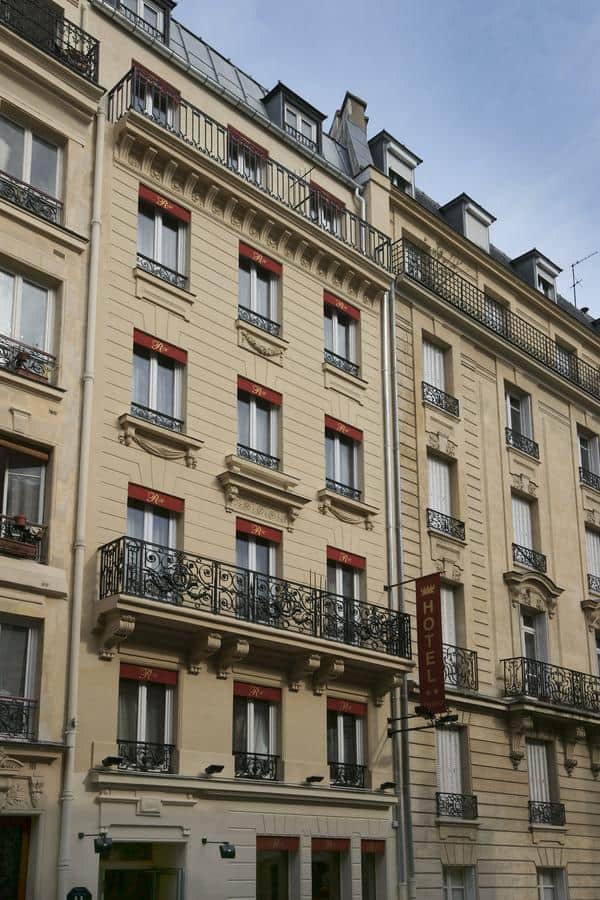 The Hotel Riviera makes up one side of a triangular block within the district that is filled with a variety of restaurants to enjoy by night. My favorite is on the southern tip, probably a minutes walk from the hotel doors, an Indian spot called K’si.

They do a fabulous and authentic buffet of Indian cuisine with a ton of options for both meat eaters and vegans.

Where the arrondissements come together at Barbès-Rochechouart station, you’ll have the option of staying in the 9th, 10th or 18th depending on your preference.

The 10th arrondissement is often overlooked due to its seeming lack of attractions. This isn’t necessarily the case.

A simple exploration of the 10th arrondissement will reveal all that this area has to offer . Le Manoir of Paris is one of its biggest attractions and brings in visitors by the thousands. It is the first of its kind in all of France. 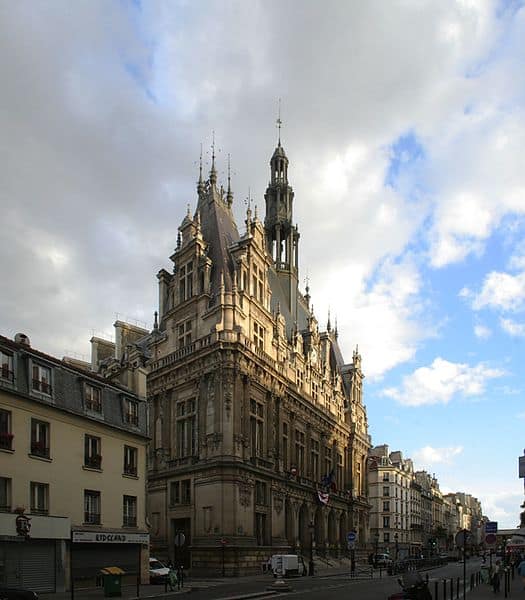 Streets of the 10th arrondissement – by Coyau – Wikimedia Commons

The 10th is also home to the Chocolate Museum of Paris. Need I say more?

Staying in the 10th keeps you near to Barbès-Rochechouart and is easy on your pocket.

If you know your budget and expectations then finding great places to stay near Barbès-Rochechouart is relatively painless. So long as you stay close enough to the metro station — you’ll be fine. The metro is your link to absolutely everything else in Paris so you are technically never “out of the way”.