Where to Eat the Best Salade Nicoise in Paris 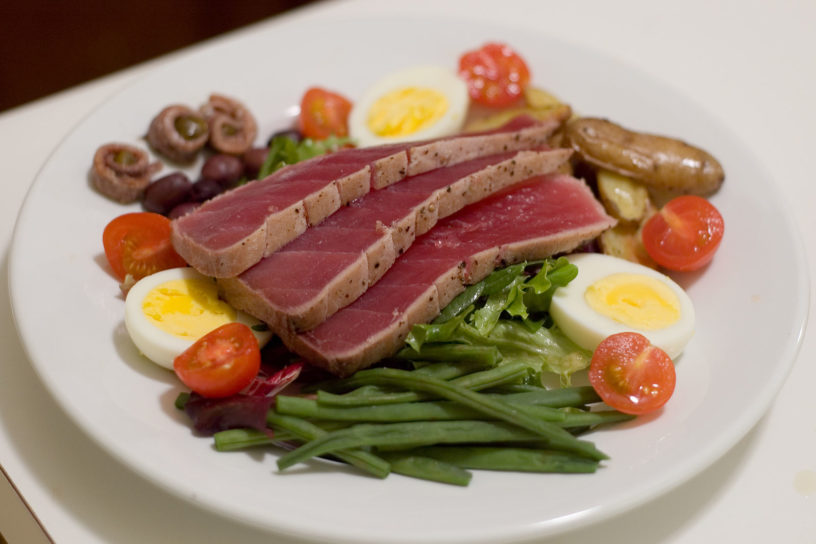 Where to Eat the Best Salade Nicoise in Paris

There are just some things one has to try when traveling through France, and Paris in particular.

Dishes like steak tartare, French onion soup, and even traditional frogs legs are hard to find in other parts of the world, and Paris is usually your one chance to taste them in authenticity. A Nicoise salad is on the list!

Nicoise salads are made with tomatoes, hard boiled egg, olives, olive oil and then either anchovies or fresh tuna. It’s a light, fresh and wonderfully tasty dish that you’ll find on just about every French menu in the city.

Now, to be clear, the best place to try a Nicoise salad is not in Paris. This dish originated in the seaside region of Nice, in France’s south. That being said, Parisian chefs have mastered the art of the Nicoise salad and you can rest assured you’re getting about as close to authenticity as is humanly possible! Here are some of the best spots for this dish in the city:

Le Roussillon is a wonderful summery brasserie on the left bank, in the 7th arrondissement. It’s a corner street cafe with a welcoming ambiance and vibey energy until late in the evenings. 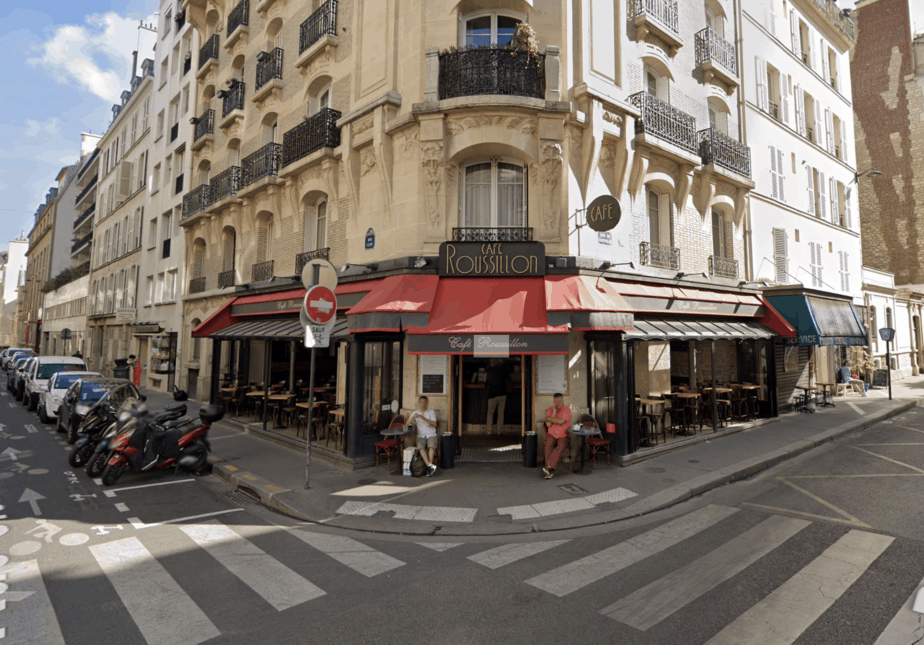 Their menu offers a standard Nicoise salad with all of the finest trimmings. Their other house salad, the Chevre Chaud, is a wonderful companion dish if you’re looking for a meal on the lighter side. French food is usually coated in heavy creams or butters, so a salad lunch is sometimes just the thing you need.

Opening Hours: Monday to Sunday — 7am to 1am

Across the Seine, there is a small French restaurant called La Coupe d’Or. It’s near the Tuileries Gardens, in the 1st arrondissement, which is a wonderful area for cafes and light meals. 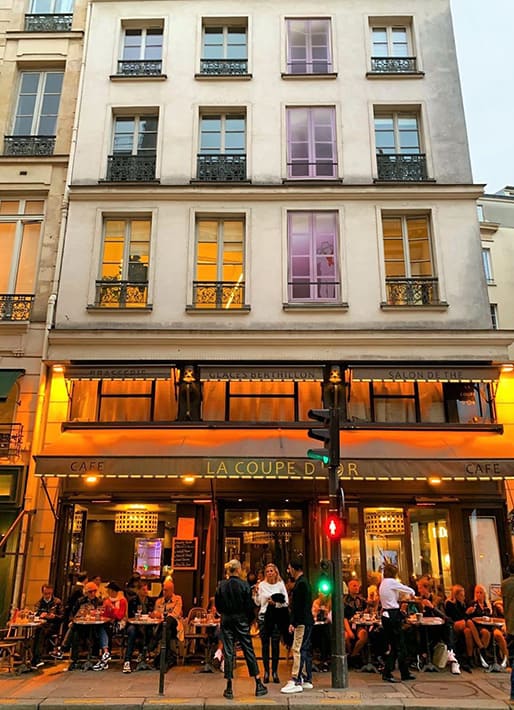 Their menu always has a traditional Nicoise salad on offer, in addition to various other French staple foods such as a croquette monsieur, seafood pasta, and even crepes. They make fantastic teas; important information in a neighborhood that seems to run on just coffee!

Best Cafes near the Tuileries Gardens

Opening Hours: Monday to Sunday — 8am to 12am

This charming street cafe is situated in the 2nd arrondissement, close to the vibrant shopping district that is les Halles.

The cafe will lure you in with the bright red features, visible from right down the street. Once inside, you’re likely to have one of the most surprising dinging experiences accompanied by an equally as surprising ambiance. 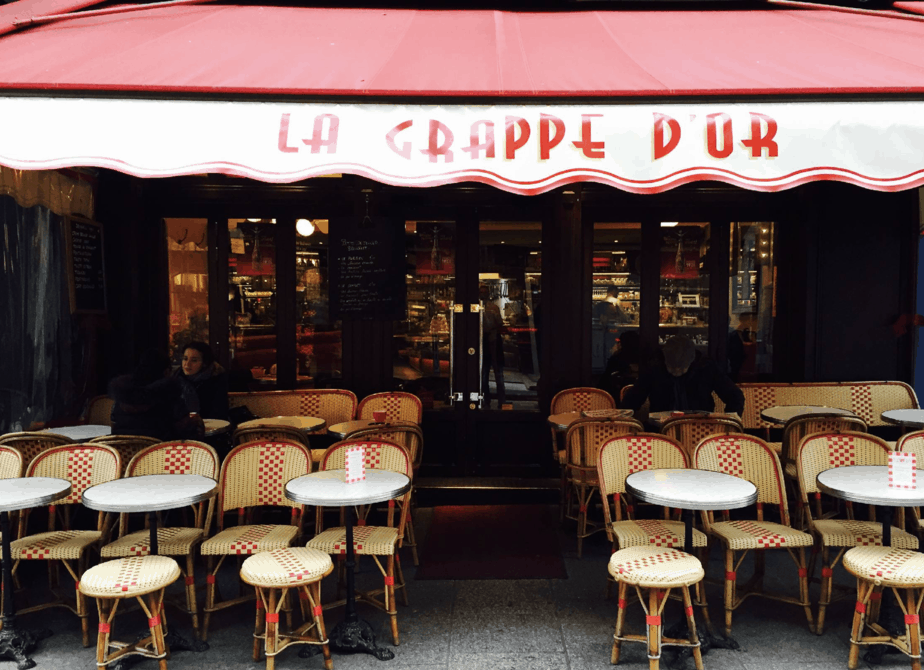 How to Enjoy a Full Day in les Halles

This is my favorite Nicoise salad in all of Paris. Everything about it is always spot on, right down to the crispiness of the lettuce leaves that they seem to hand select for every order. I usually have this as my main, following a French onion soup as my starter. The soup is equally as impressive; never too salty, nor too oily.

Opening Hours: Monday to Sunday — 8am to 2am

One of my favorite things to do on a weeknight is to find a friend who is up for a venture into the Saint Germaine district, and drag them to eat with me at Atlas.

I love coming to this seafood brasserie. The vibe is always high local energy meet’s curious strangers from all walks of life. The brasserie itself is gorgeous, and if it weren’t so big the interior might qualify as one of the 1920s speakeasy-style bars that are so popular in Paris. 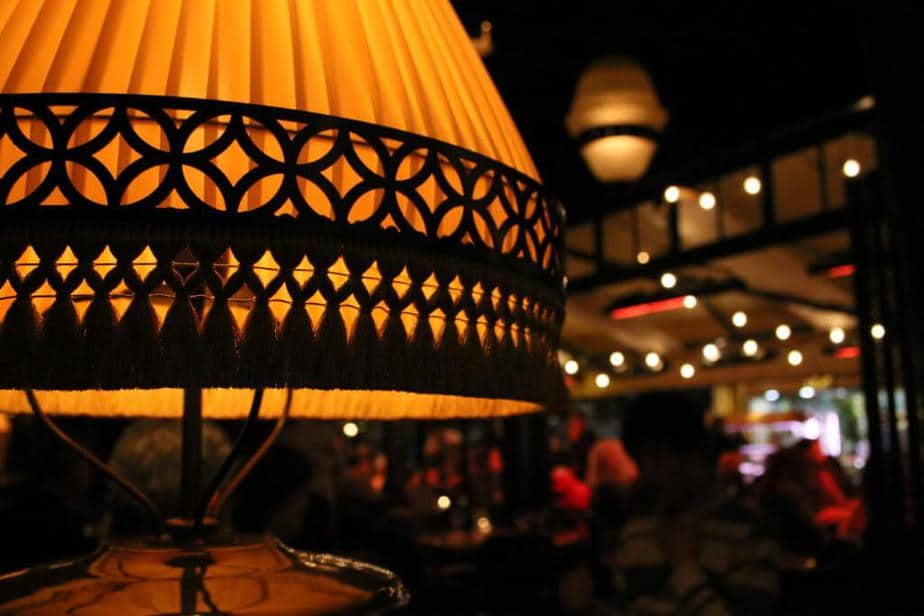 Atlas in Paris – by Atlas – Sourced from their website

On the menu? Seafood, seafood, seafood. Their mussel pots have people (like me) flocking from far and wide to enjoy them. It’s hard to find seafood this fresh in the city center!

Their Nicoise salad is a side dish, and is made with the most beautifully marinated tuna around.

Opening Hours: Monday to Sunday — 8am to 2am