Where to Find the Best French Onion Soup in Paris 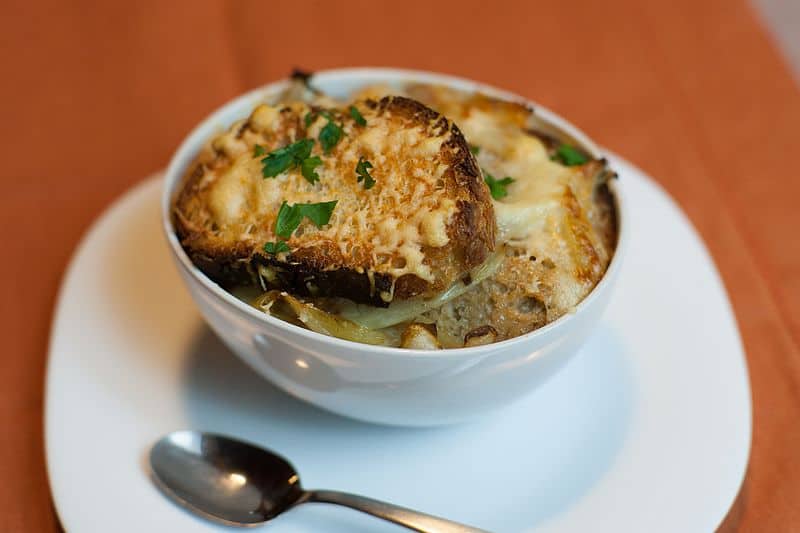 Where to Find the Best French Onion Soup in Paris

Much of living in Paris has to do with learning and loving some of the traditional dishes that have emerged from this part of the world.

Naturally, French Onion Soup is a big one. It is a rich dish that can be severely unpleasant if done wrong. The soup is usually made with a meat and onion broth, topped with cheese and served with a too-big slight of French bread. 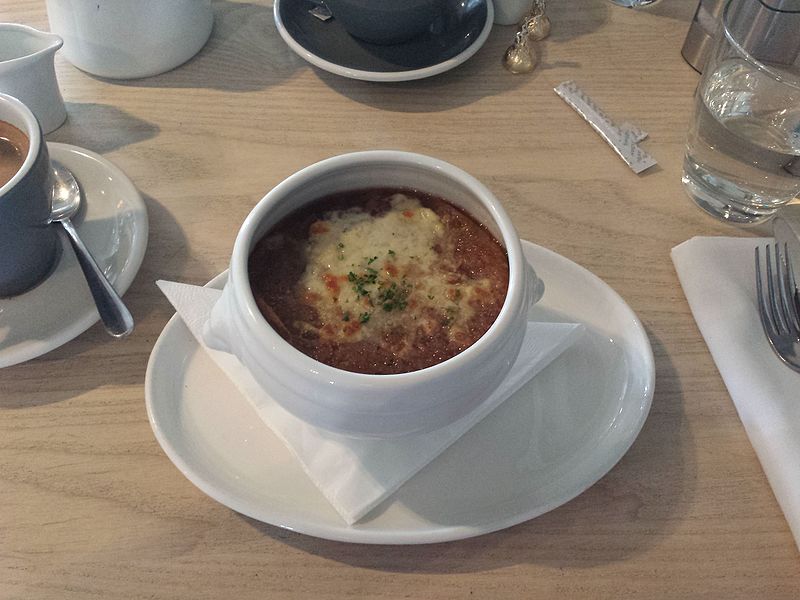 When done right, a bowl of French onion soup is hard to beat in the winter. It suffices for some as an entire meal, while others enjoy it as a starter.

While in the French capital, trying a French onion soup for yourself is somewhat of a right of passage. If you’re interested in sampling the traditional cuisine but aren’t quite ready for snails or pancreas, the soup it is! Here’s where you’ll find the best in the city.

Flottes is a well loved restaurant in the 1st arrondissement, just across from the Tuileries and Orangerie Museum .

The soup is made to perfection and you’ll likely be satisfied by just this dish. However their mashed potatoes were a welcome find during my visit and I highly recommend a serving as a side as well! 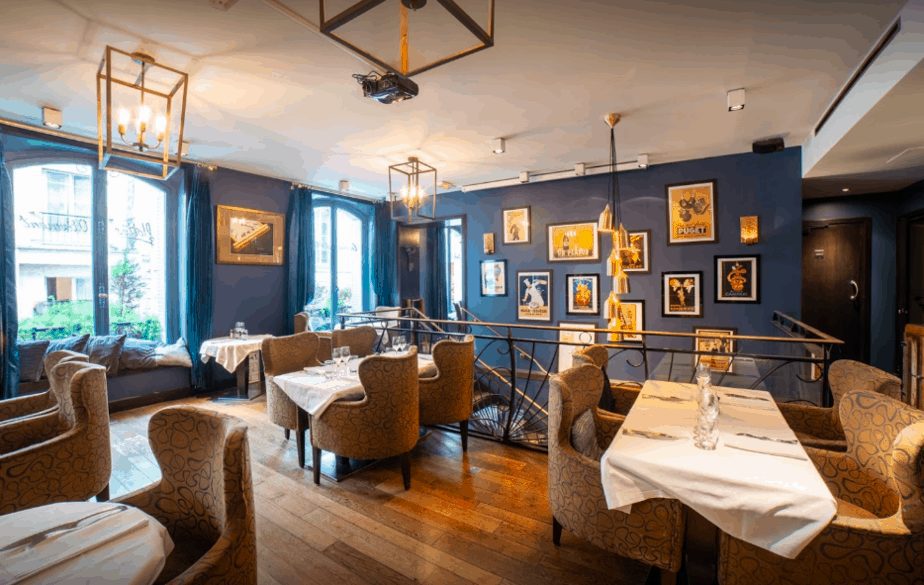 This is the very renowned 24 hour bistro in the 2nd arrondissement. Rain or shine this restaurant is open continuously, seven days a week. The perfect spot to drop in when you’re looking for a hot meal at 4am.

As the name suggests, the menu is centered around pork and all things pig. The French onion soup is usually divine, though it seems there are occasions where certain shifted chefs can quite keep the recipe the same — sometimes it is a little too oily.

The luck of the day, I’m afraid! Eating at Au Pied de Cochon is a worthwhile dining experience while in Paris, soup or no soup! 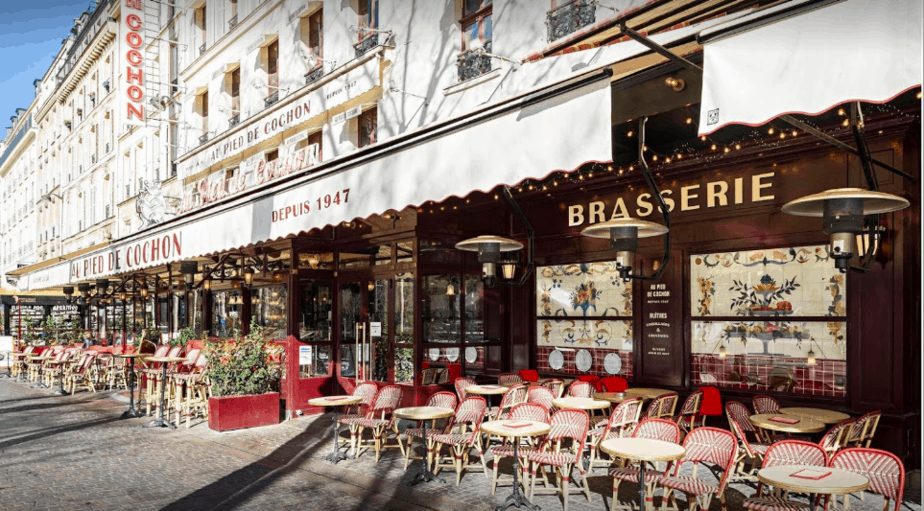 You’ll see this famous brasserie a mile away while walking the streets of Montparnasse. Traditionally French and flamboyant, the red signage lights up the city streets in the suburb that surrounds it.

While a full evening of dining here is recommended, restaurant staff are used to people dropping in for a quick bowl of soup between their day’s excursions.

The brasserie is open from 7am until 1am daily so you can virtually enjoy soup here at any time.

Great selection of classic French meals, cozy environment and wonderful selection of wines; what more could you ask for from a cafe in the 6th arrondissement.

I thoroughly enjoyed the soup here. A simple, less dense recipe is used and you’re not left with that heavy feeling afterward — bien!

I like this restaurant because despite being so central to the Eiffel Tower it is never saturated with just tourists. Locals enjoy le Suffren too and it’s wonderful to see such different groups of people mixing in a single space in this part of town.

Sometimes you finish a French onion soup and despite it having been satisfying, you’re aware that asking for the cheese on the side would have been a good idea. The soup at le Suffren is one of these — take my word for it. 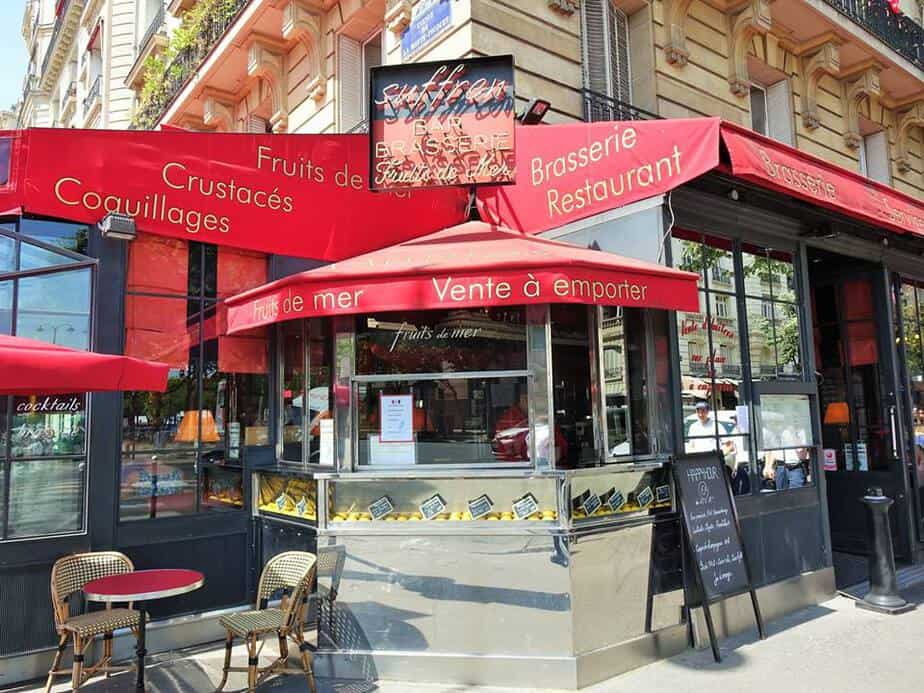 Le Suffren in Paris – by Le Suffren – Sourced from their website

The lightest of the lightest of all French onion soups. If you’ve had this dish anywhere else in the world you’ll already be familiar with its somewhat inevitable heaviness.

The soup at Boucherie Rouliere is lightly salted with a perfect balance between the onions and the broth. It is one of the only places where I can enjoy this soup as a starter and still manage a full main afterward.

From here you’ll be within walking distance from the Paris Pantheon which is another must experience while in the French capital. 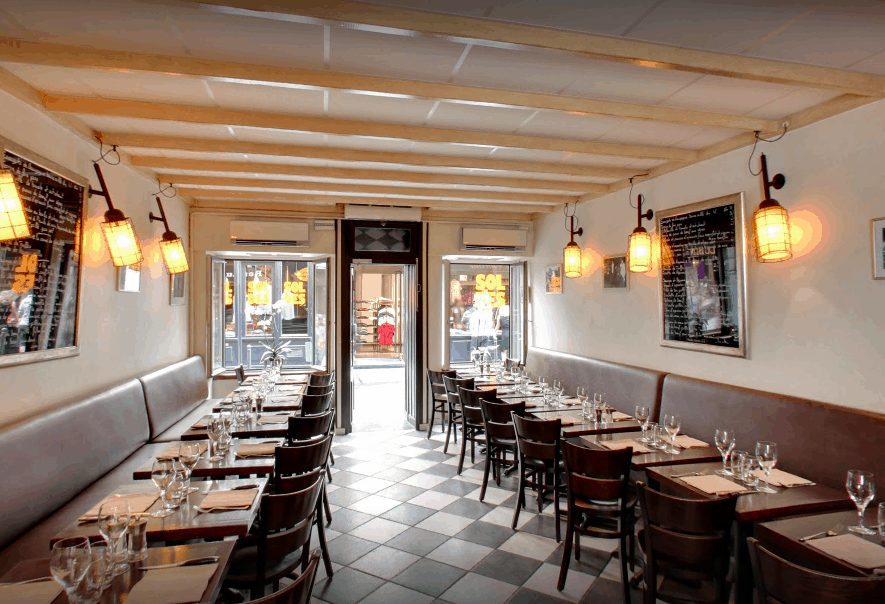 This very French, very homestyle restaurant is on the Left Bank across from the Notre Dame Cathedral.

The soup is renowned in these parts. Even in the peak of summer you’ll spot La Jacobine patrons slurping down the dish by the bowl.

The restaurant is open until 11pm if you are in the area in search of food at this time!

This list wouldn’t be complete without at least one spot to enjoy this hearty meal while roaming the beloved Marais area.

Les Philosophes is central to the free guided walking tours that come through this part of town.

Despite being notably low-key, the food at les Philosophes is loved by all of the locals that live in the Marais area. Locals who know authentic French cooking when they find it.

This spot is open until 2am daily, so when the bars of le Marais start to close down you can comfort yourself with some late night soup.

A short walk from the Cluny Museum, Au Père Louis is situated in the Saint Germain des Prés neighborhood.

The soup is delicious as is the rest of the menu. If you’re feeling particularly brave and in the mood to try something else authentically French why not give the escargots a go? If you’re going to try them inevitably, then this is the place. 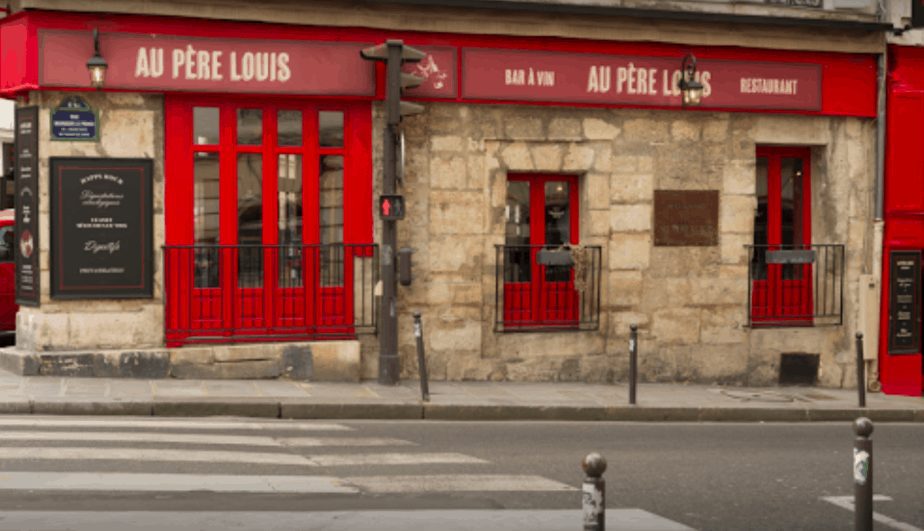 Another much loved restaurant in Saint Germain des Prés, Le Saint-Germain is good for two things: burgers and soup.

The portion is sizable enough so that you can enjoy it as a simple starter. Not too salty and always served with quality cheese which makes a really big difference to the dish.

Le Saint-Germain is open daily from 7am until 1am, seven days a week!