Nightlife is Lisbon: What Do and Where To Go 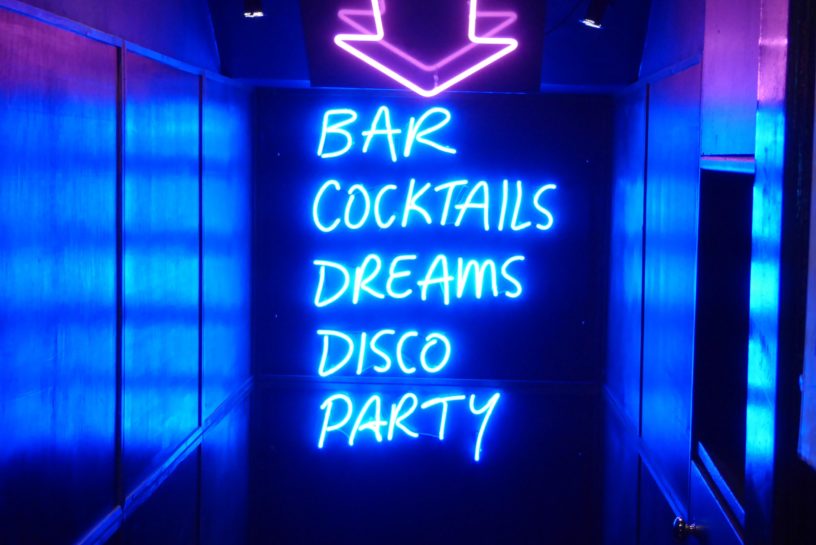 Nightlife is Lisbon: What Do and Where To Go

When the sun goes down in Lisbon, it’s one of the liveliest places to be in all of Portugal.

Lisbon is a hub for restaurants, fado concerts, bars, clubs and even theatre. Things here tend to pick up from around 9pm onward, with some clubs in the city keeping their doors open until 5am.

Lisbon’s nightlife is very much district based. If you know where to go, you’ll find nightlife exists in clusters and venue-hopping becomes a popular pastime in the city after-hours. 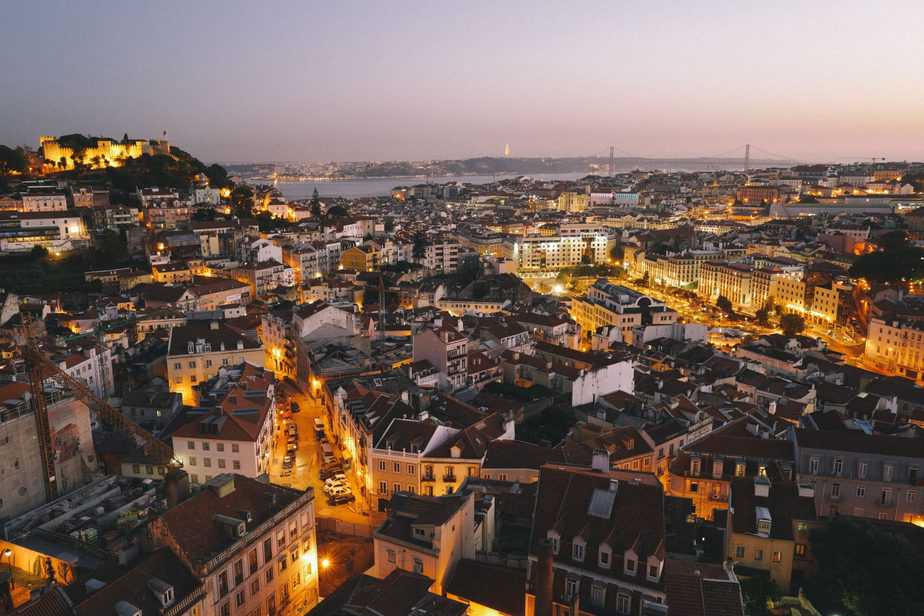 To be more specific, one could describe Lisbon’s nightlife as extremely eclectic. While traditional entertainment like fado performances are available in abundance, Lisbon also caters to lovers of global music genres and different types of entertainment.

If you like dark techno parties, you’ll find them. If you like 80s disco — it’s here. If you want an early dinner followed by a live theatre performance, simply head to Chiado!

Since Lisbon is sought after travel destination for travelers both young and old, the city has to cater to every single taste. As mentioned, this is usually divided amongst specific district clusters all within a short distance of the city center, or in the city center itself. 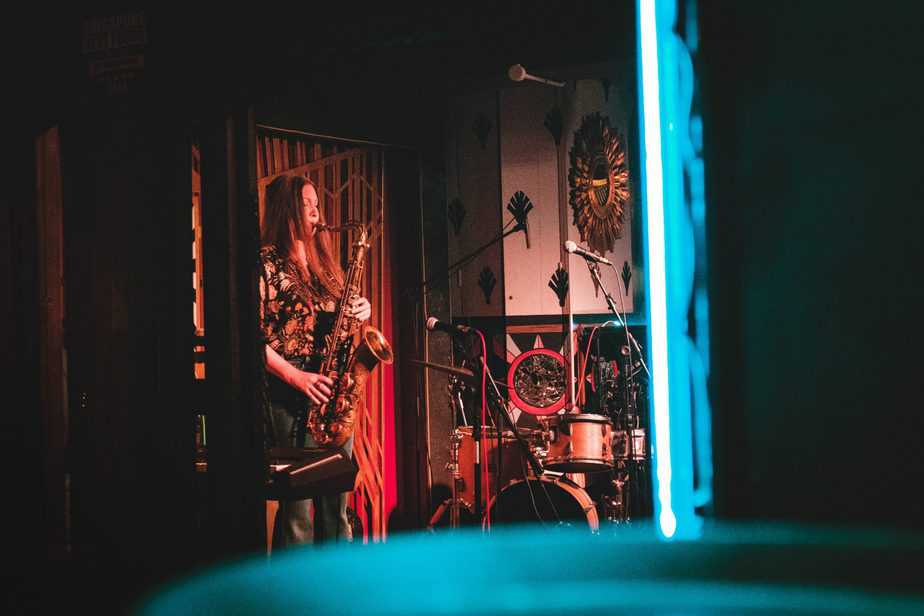 The Pink Street is an infamous road in Lisbon, known and named because of the bright pink concrete that tars the entire stretch.

You’ll see the pink by day, by night this road is almost completely covered by the stomping feef of excited bar-hoppers all looking for the next cheap beer.

The real name of Lisbon’s Pink Street is R. Nova do Carvalho. It’s in Cais do Sodre, just before the district meets the Tagus River on the coastline. This is technically the southernmost tip of Lisbon’s city center. 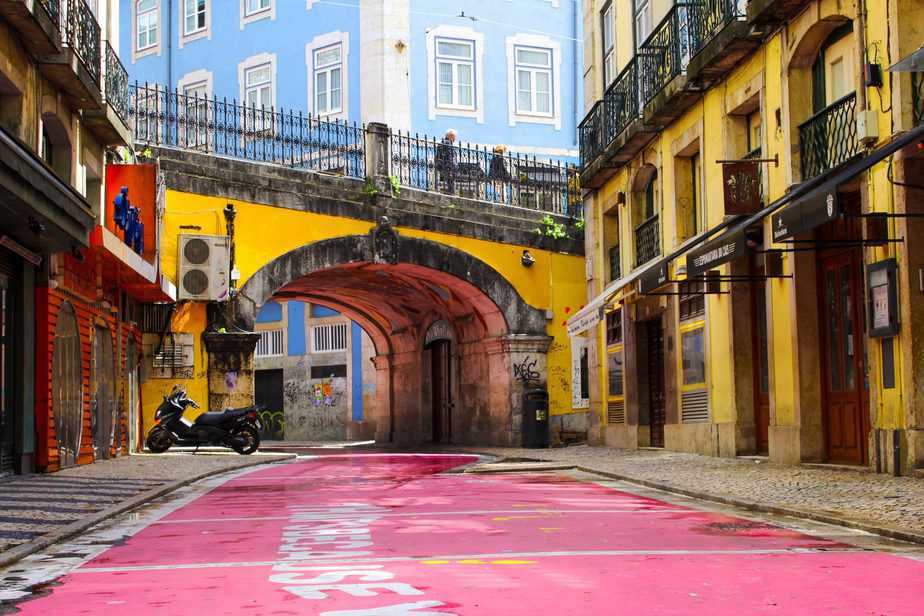 The Pink Street is a strip of restaurants and bars, some of them with very unusual interiors. Like most bars in Lisbon, the insides tend to be too small to handle the nightly crowds, hence why you’ll always find people spilling out onto the Pink Street, drinks in hand.

This is a very youthful part of Lisbon’s nightlife scene; a place where students, backpackers and young locals tend to hang out, seven days a week. There are always drink specials and happy hours taking place on this road; a common activity is to start drinking on one end and make your way to the other before the night is over.

What is the general vibe? Well, it goes without saying that this is a more rowdy nightlife hub full of high energy and general chaos (though early evening one might still find some calm).

For the best bars on Lisbon’s Pink Street, click here!

A short walk up the hill from the Pink Street will bring you directly into Bairro Alto; an equally as vibrant and energetic neighborhood.

This is one of the most well known districts in Portugal; an area made famous thanks to the presence of traditional fado singers and performances.

To understand Bairro Alto is to understand the layout of the streets in which it exists. Bairro Alto is a cluster of roads running both north to south and east to west. They form a bit of a grid, one where cars are not permitted to drive through at all. 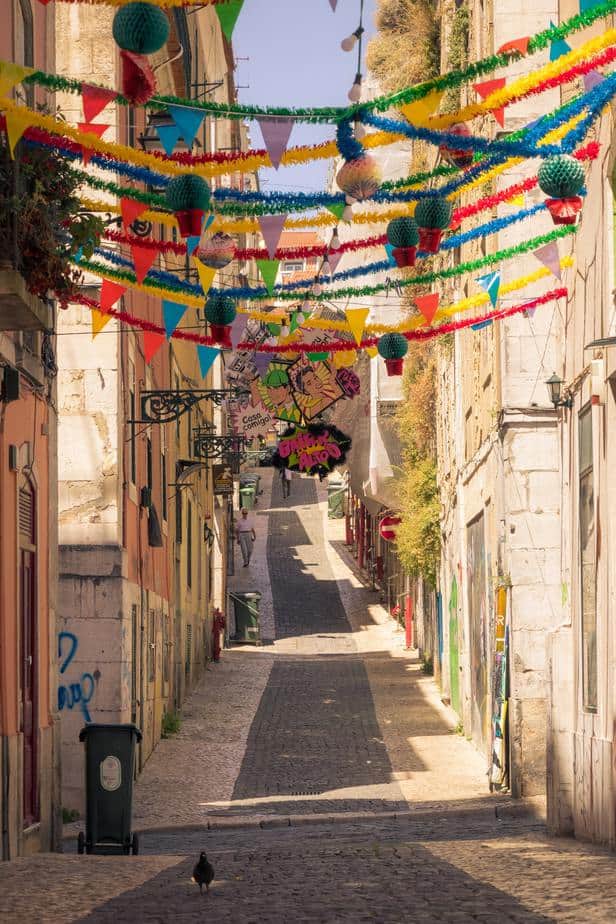 From early evening through until early morning, these streets are alive with foot traffic and hundreds of people moving between the many bars, restaurants and fado venues that are on offer.

Bairro Alto is interesting because it attracts every kind of person; from the youngest, brokest students to the oldest, wealthiest locals. Those that want to dine on authentic Portuguese cuisine do so in abundance. Those who want to drink €1 tequila until they fall over, do. 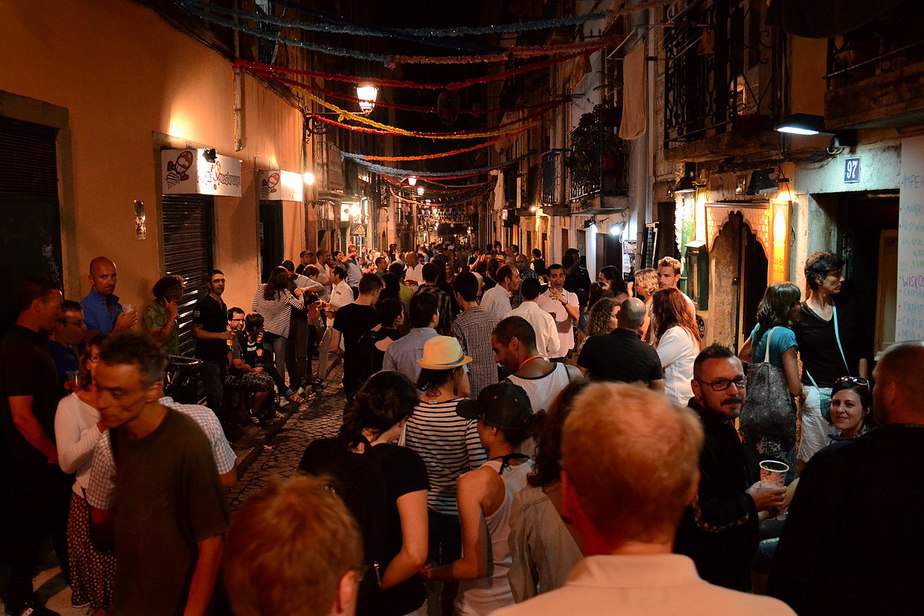 All you need to know about Bairro Alto is that the later it gets, the more unpleasant the raucous streets become. You’re good up until around 11pm; after which you’ll need to get blackout drink to enjoy the chaos and pushing crowds. You’ll also then understand exactly why vehicles could never be permitted entry here.

For the best bars in Bairro Alto, click here!

A newer, more up and coming nightlife spot in Lisbon is something known as the LX Factory. Today, you can’t read a travel blog without seeing this name come up at least a few times — it’s fast becoming Lisbon’s go-to for entertainment.

The LX Factory is a bit further down the coast from Cais do Sodre and Bairro Alto. It’s en route to Belem; almost exactly halfway between Belem and the city center.

The LX Factory was an old printing press factory yard, abandoned many years ago. Recently, developers took over the space and have transformed each corder of the yard into a multitude of entertainment options for tourists and locals alike. 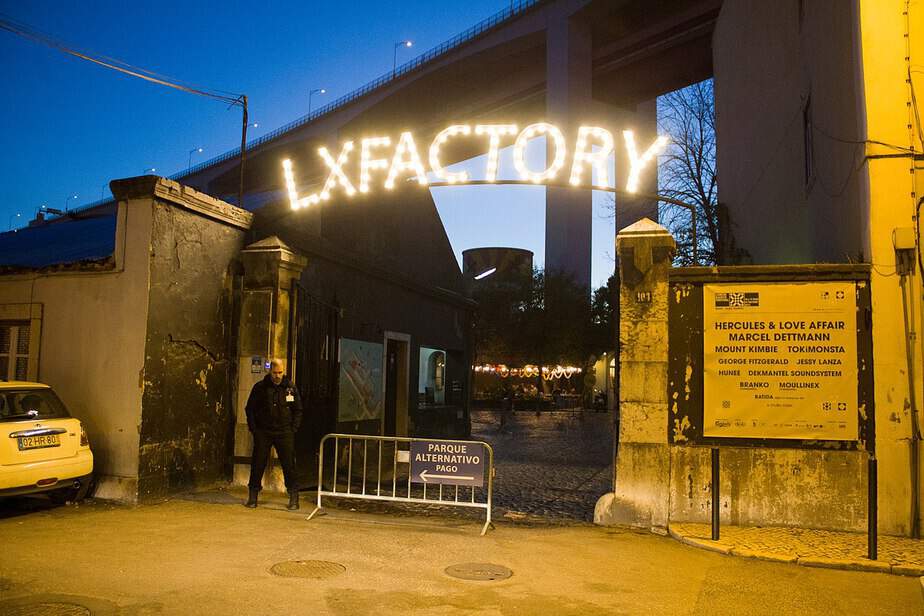 You’ve got your pick of restaurants, bars, cafes, concept shops, theaters, book stores, galleries and even the occasional street vendor.

The LX Factory is alive morning until night. There are restaurants where one can enjoy breakfast, and restaurants to carry latecomers through until late in the evening.

After dinner, most people will head to any of the bars available on site, one of which happens to be on the roof of the main building and overlooks the Tagus & Pont 25 de Abril!

The vibe here tends to be very different to the rest of Lisbon’s nightlife. Things are controlled, more classy and void of any €1 drink specials in sight. 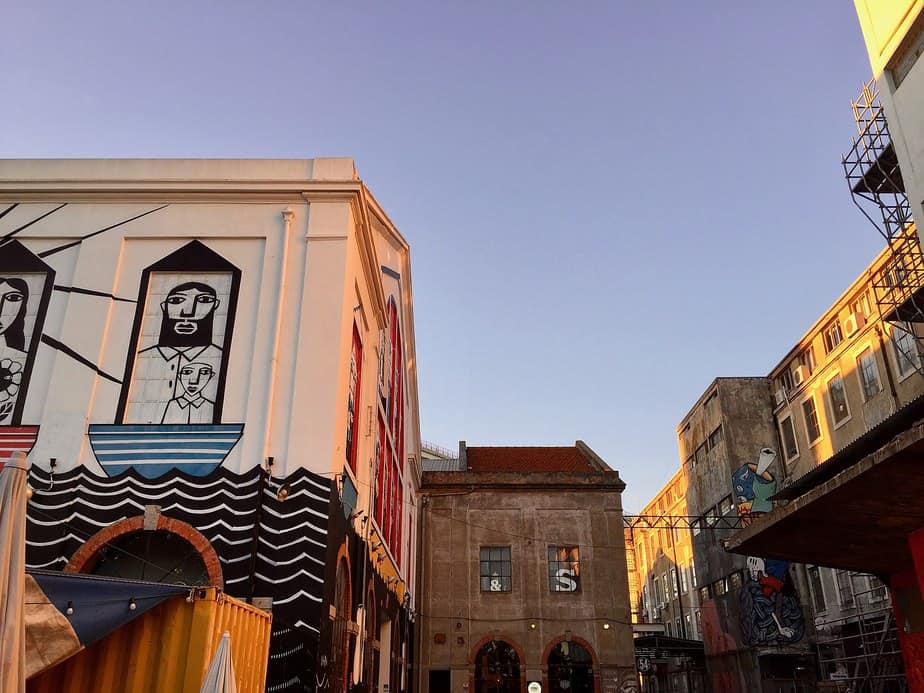 The LX Factory also has a strict cap on their services and everything starts to close around 1am. When this happens, most people who want to keep drinking or dancing head right back to the city and to Cais do Sodre or Bairro Alto.

All age brackets can enjoy this nightlife hub in Lisbon, although one does need a decent opening allowance should they want to experience the factory properly. Backpackers looking to save their pennies might prefer the afore mentioned areas by night a lot more.