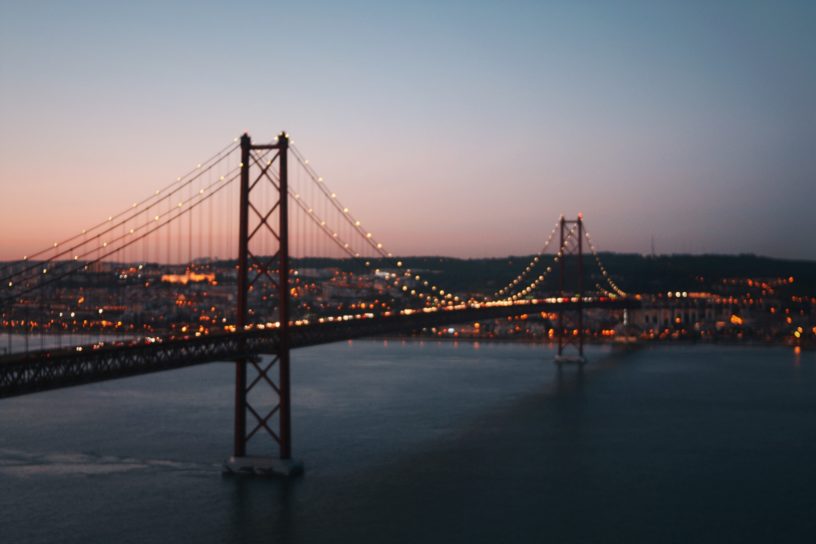 It might take a close look at a map to properly comprehend, but Lisbon is very much a two sided city, stitched together by the presence of two grand bridges that span the length of the water that separates them.

On one side, you have the Lisbon city center. The heart and soul of the Portuguese capital and all of the famous districts that go along with it: here you’ll find the Alfama, Chiado, Bairro Alto and Cais do Sodre.

Looking directly across the bay, you’ll see more land on offer. This is where the city becomes the Almada, along with all of the beach regions and inland suburbs. 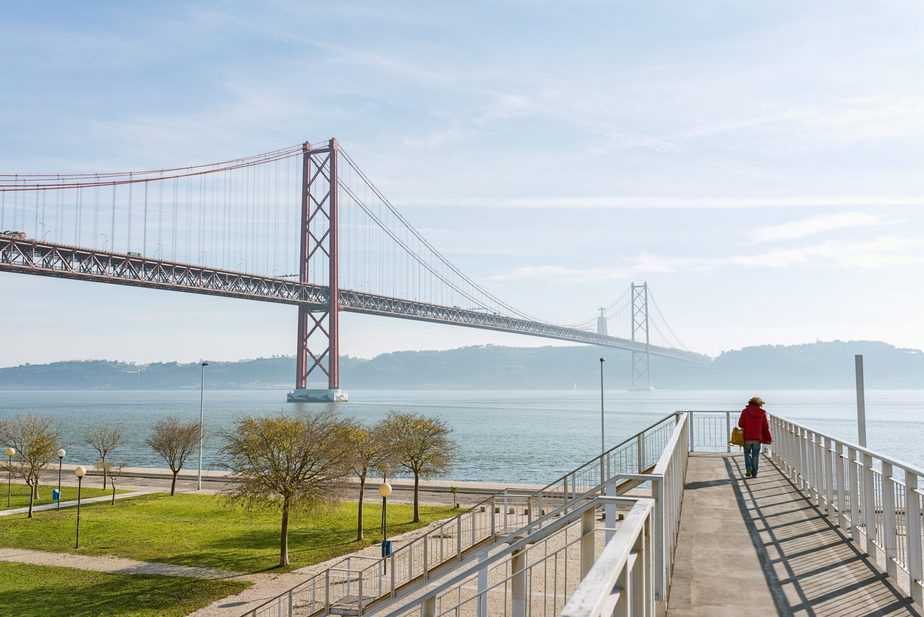 You see, Lisbon is divided into two by the Tagus River. If you were to drive to a point where one could eventually drive around the river bed, it would take close to three hours just to get successfully across the bays.

To bridge the gap (literally) the city of Lisbon saw the contraction of two incredible bridges spanning from the city center over into the divided land. They’re impossible to miss once you get here, and have become completely irreplaceable components to the city’s infrastructure and daily efficiency.

1. Both of Lisbon’s Bridges Cross Over the Tagus River

As mentioned, the Tagus is the divider of the two sides of Lisbon, hence the necessity for bridges that could take people across in a more timely fashion.

From Lisbon’s vantage point, the Tagus looks wide enough to be the sea, but as you move south you’ll see that it is merely a narrow river bed that spans up into greater Portugal. 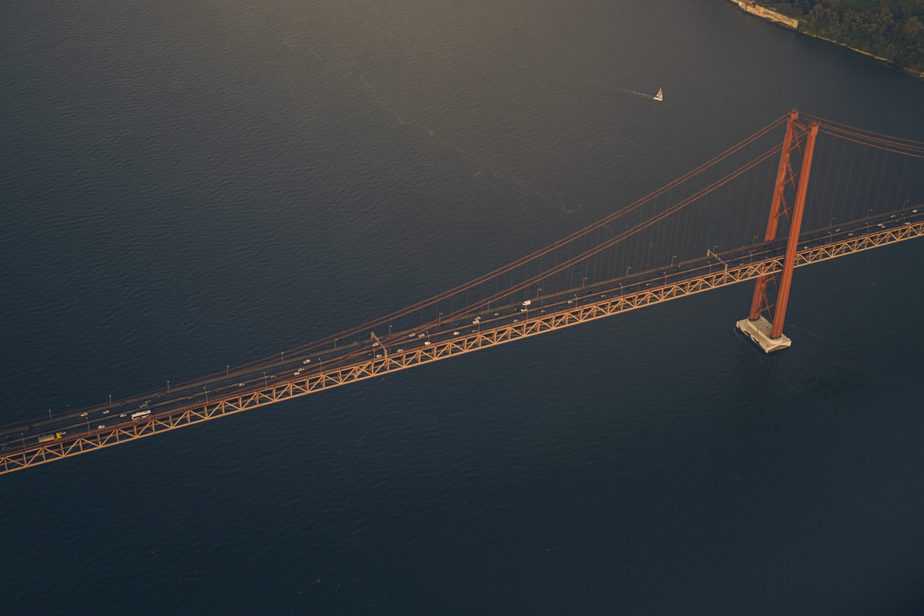 The Tagus was one of the most important links in trade and communication developments for the Portuguese people. It brought the communities on the oceanic coast to the mainland regions, without much infrastructural development required.

2. Both of Lisbon’s Bridges are Engineering Marvels

The Ponte Vasco da Gama sits on the easternmost of Lisbon, and spans an unfathomable 17km across the river bed. At the time of its inauguration in 1998, it was officially the longest bridge in the world.

In 2011, the Vasco da Gama bridge was beat out by China who unveiled a 165km long one of their own. Still, this Lisbon treasure remains the longest bridge in Europe over water.

The Ponte 25 de Abril is a baby next to its brother, spanning just 2.2km directly across the southern bay. That being said, the architectural aspect of this bridge makes it one of the continents most identifiable landmarks. 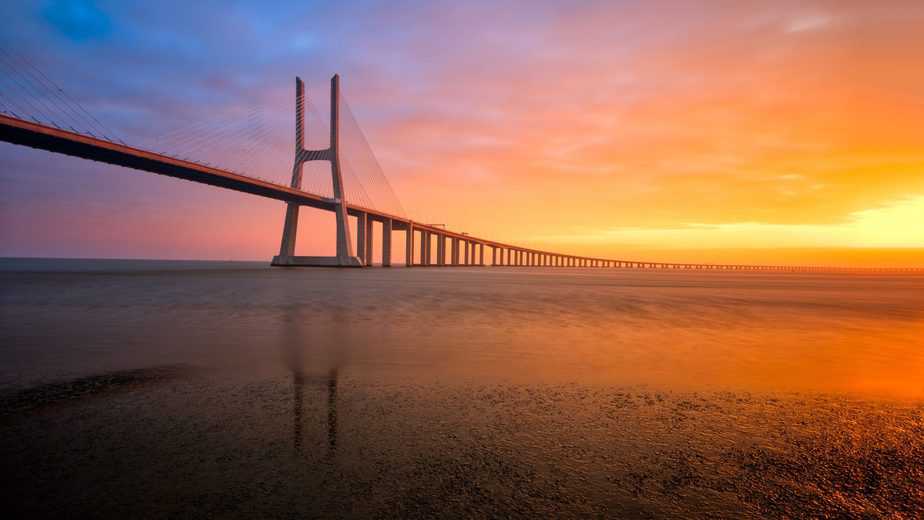 3. The Ponte 25 de Abril got its Name from the Revolution

The first day of the Revolution, to be exact.

The first day of the Carnation Revolution took place in Portugal on 25 April 1974. Upon a successful military coupe, and overthrowing of the government, the people opted to remove the current name of the landmark which was Ponte Salazar, after the prime minister and dictator Antonio de Oliveira Salazar.

The similarities are truly uncanny, and often the Ponte 25 de Abril will be referred to as Portugal’s Golden Gate.

If you’re familiar with the bridge in San Francisco, California, then you’ll know why this comparison takes place. 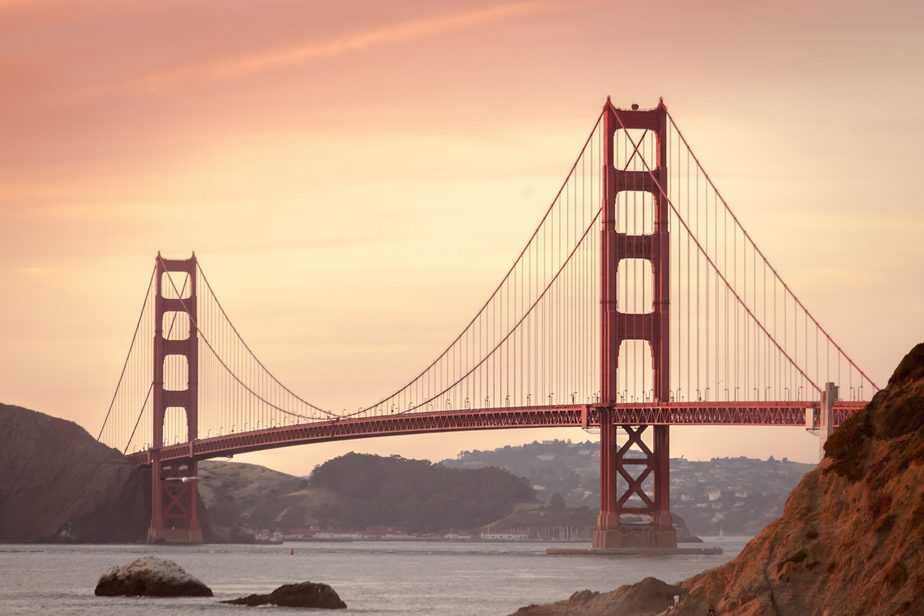 For one, both the Ponte 25 de Abril and the Golden Gate have a rich red facade, held in place by grand suspension rigs draped between two main pillars. Both bridges average around 2.5km in length, making them appear even more alike form this vantage point.

The only real difference between the two designs is that the Golden Gate retains square shaped gaps on its main arches, while the 25 Abril showcases diamonds made with crossing metals.

5. They Both Had to be Earthquake Proof

As you delve into Lisbon’s history, you’ll quickly learn of how much of the city was lost due to devastation from the Great Earthquake that arrived in 1755.

While a lot of infrastructure was lost completely, there were also many buildings that saw immense damage without entirely collapsing. A lot of tours through Lisbon will make a point of showing travelers exactly where to look to understand this event; Carmo Convent in Chiado being a prime example. 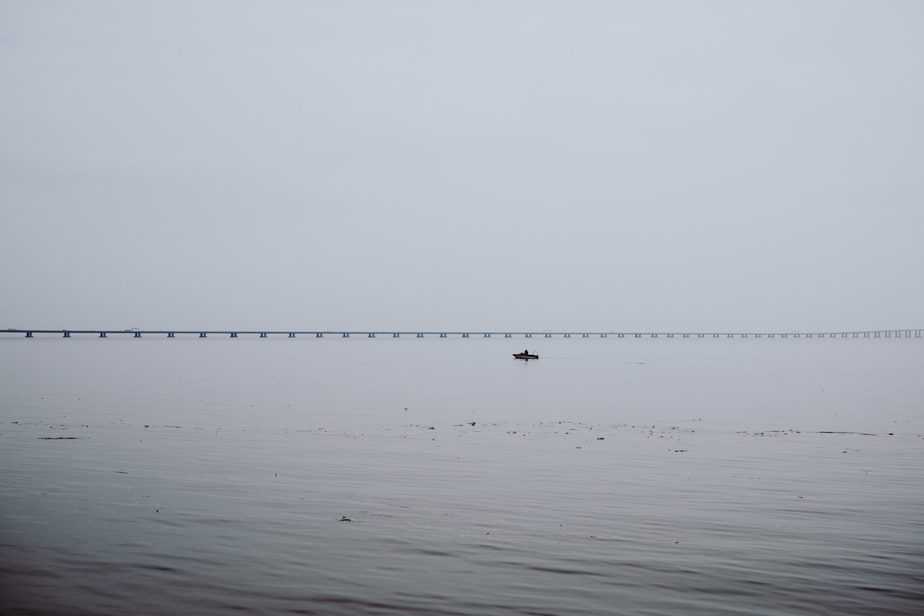 For obvious reasons, any bridge constructed on the seismic activity region of Lisbon would need to be able to take the heat, should it ever arise again.

Lisbon’s bridges can be equated to icebergs in that what’s visible on top is no match to what is actually going on underneath.

The Vasco da Gama bridge, for example, extends 95m deep into the bed rock of the Tagus floor. And the pillars used to reinforce the bridge can withstand winds of up to 155mph.

The bridge makers claim that the structure would be able to withstand an earthquake up to four times the impact of the one that shook in 1755.

6. You Can’t Walk Over Lisbon’s Bridges

Unfortunately due to the sheer length of both of the bridges, pedestrian crossings were never included in the designs. Both of the bridges can only be crossed in a car or on a motorbike, and they are not considered safe for cyclists to attempt as the roads make use of highway speeds.

While the 17km long Vasco da Gama bridge remains out of the question, the Ponte 25 de Abril Bridge can actually be crossed once a year.

Every year in March there is a big half marathon event that takes place in Lisbon. On this day, the bridge is closed off and is used as part of the marathon route. Pedestrians are then permitted to walk across if they so desire, sharing the roads with the runners of the event. 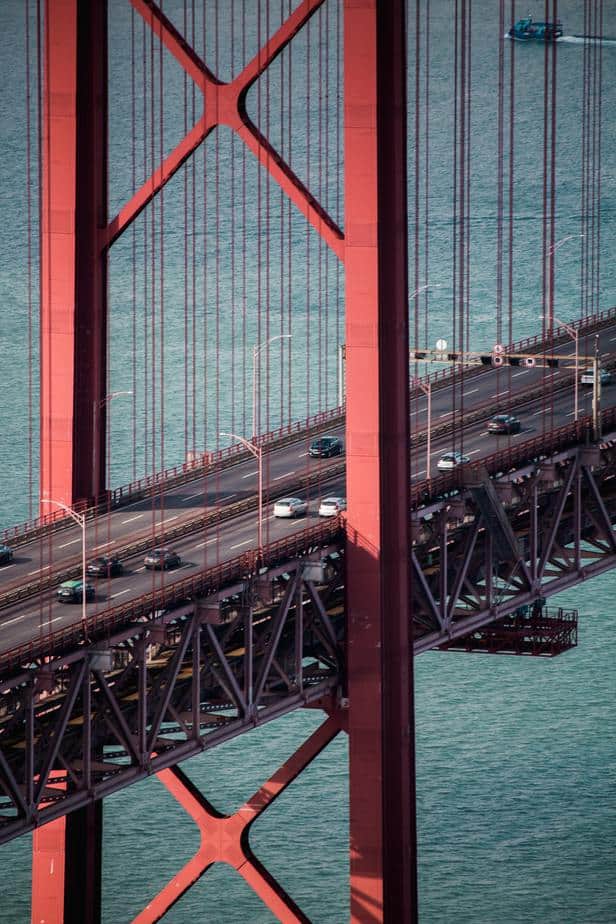 7. You Can See Both Bridges from Most Viewpoints in Lisbon

Lisbon’s bridges do wonders for keeping your bearings at all times while looking out at the seemingly endless Tagus waters. You can also almost always estimate just how far you probably are from the city center, depending on where you’re site seeing adventures have taken you.

One of my favorite views of the Ponte 25 de Abril will always be from the LX Factory. This venue is built almost underneath the structure, right on the water, and the view by night is utterly breathtaking. 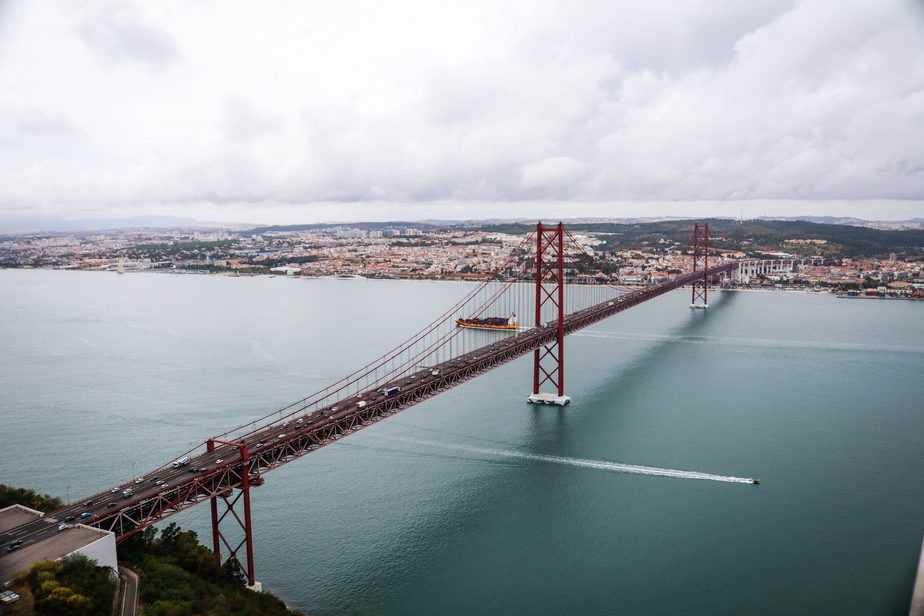