The Important Facts About Lisbon’s Carnation Revolution in 1974 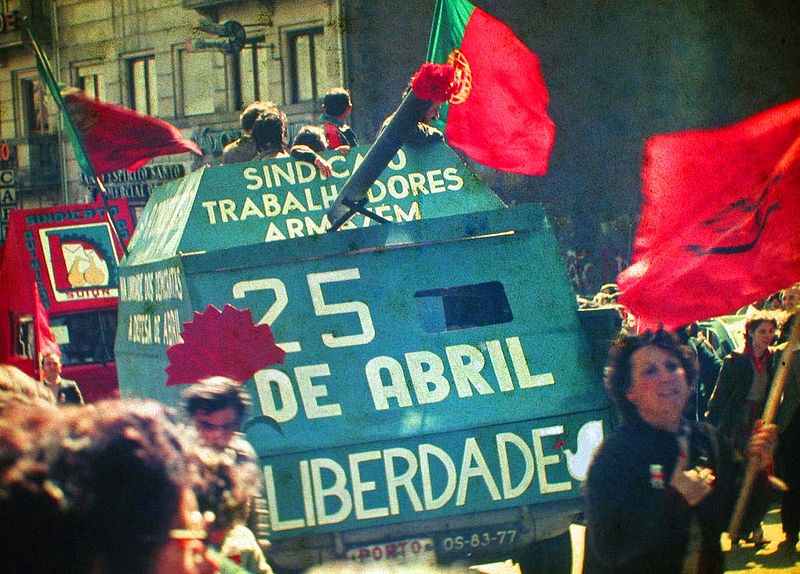 The Important Facts About Lisbon’s Carnation Revolution in 1974

Not too long ago at all, a military coup took place in Lisbon that would change the political face of the country for good.

On April 25, 1974 the Portuguese military managed to overturn the authoritarian government with almost no bloodshed; a feat not often accomplished in European civil history.

The events of this day resulted in a new democracy for the people of Portugal. Each year, April 25th marks a public holiday known as Freedom Day. Civilians are encouraged to celebrate and enjoy the day off. 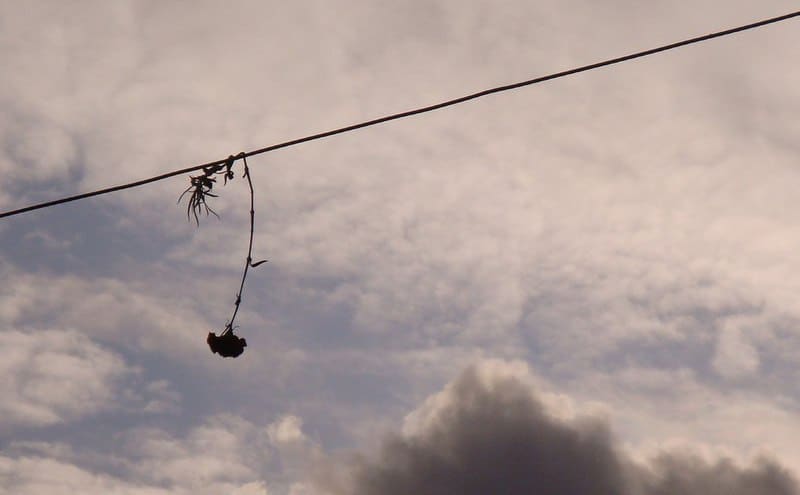 Prior to 1974, Portugal was still being ruled under the Estado Novo regime that began in 1933 under the leadership of the Prime Minister/dictator António Salazar.

It was a highly censored and oppressive time for the country of Portugal. When Salazar suffered a stroke the leadership was taken over by Marcello Caetano, who would stay in power up until the events of the Carnation Revolution in 1974.

Visiting Lisbon today, you’ll find it difficult to imagine a time when the people didn’t exist in the state of freedom that they do today. The laid back, carefree vibe of the city draws a harsh contrast to what the Revolution was fighting against back in the 70s.

Thanks to the peaceful and blood-free intentions behind the coup, there is no physical evidence of this Revolution in the country. No ruins you can visit or monuments that were torn down; simply the reminder of the events once a year when Freedom Day roles around. 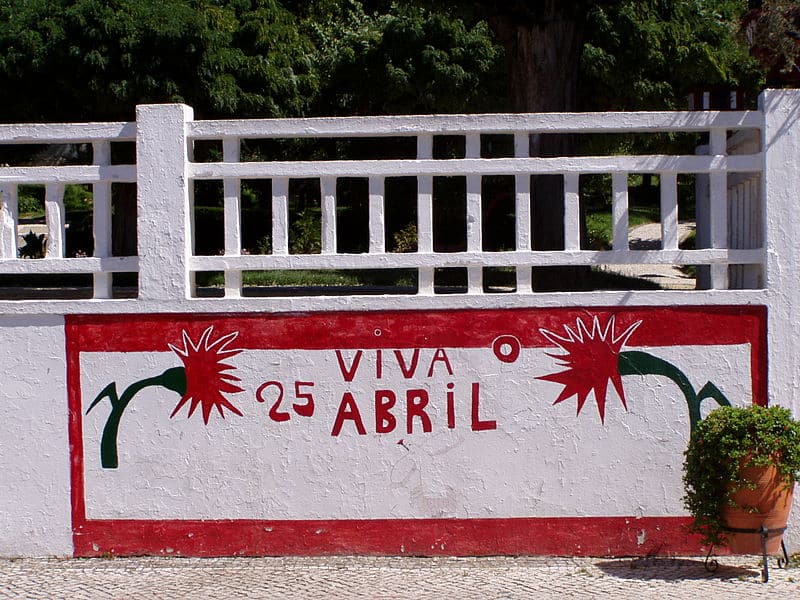 It Marked the End of Portuguese Colonization in Africa

In the few years leading up to the Revolution of 1974, Portugal was involved in a very costly and incredibly violent colonial war. It began in 1961 and only officially ended when the Revolution took place.

Portugal had colonized many countries in Africa. In 1961 a war broke out due to increased tension between the Portuguese government and nationalists in the homelands of the countries in question.

The desire to end colonization was a strong force behind the need for the Carnation Revolution. The Portuguese wanted to be free, and they wanted Africa to be free of them.

Much of the planning for the Carnation Revolution took place in the various colonies in Africa, and not in Portugal itself. Because of the war there were already large Portuguese military bases stationed in the colonies, so gathering and planning became quite easy.

The countries at the forefront of the movement’s planning were Angola, Mozambique, and Guinea Bissau.

Lisbon has two main bridges on the north and south end of the city, where one can cross the bay of the Tagus over onto the east side.

The southern bridge is sometimes referred to as the Golden Gate of Lisbon due to its uncanny resemblance to the real Golden Gate in San Francisco. Take a free guided walking tour through the district of Belém and you’ll have multiple views of the enormous structure. 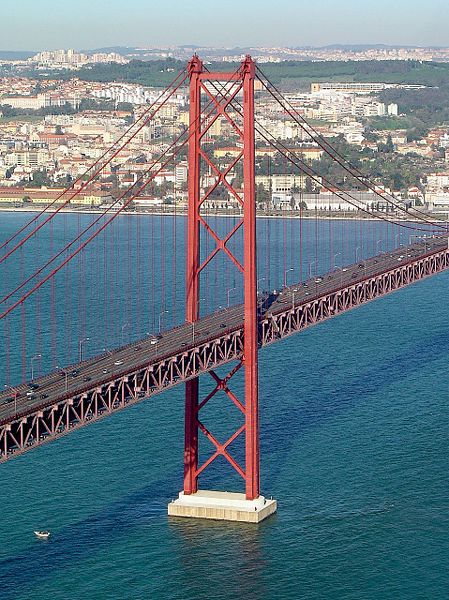 It’s real name is the Ponte 25 de Abril; in other words, the date that the Carnation Revolution took place.

The bridge marks a permanent landmark in the city of Lisbon dedicated to the memory of the events. You’ll use this bridge whenever you make your way to the beaches of Lisbon from the city center.

Lisbon Saw Two Revolutions Prior to the Carnation Revolution in 1974

Safe to say Portugal is no stranger to military coups. In 1910 one was staged by the Portuguese Republican Party who sought to overthrow the monarchy that was in power at the time.

This political change ran the country for about 16 year during which time things remained notable unpleasant and unstable. And so another military coup was arranged to overthrow the First Republic; it was replaced with the Estado Novo regime — the very regime that would later need to be overthrown in 1974.

When the 25th of April finally arrived, one wonders how the rebels in Lisbon would know to officially begin the coup. What they did was somewhat genius. 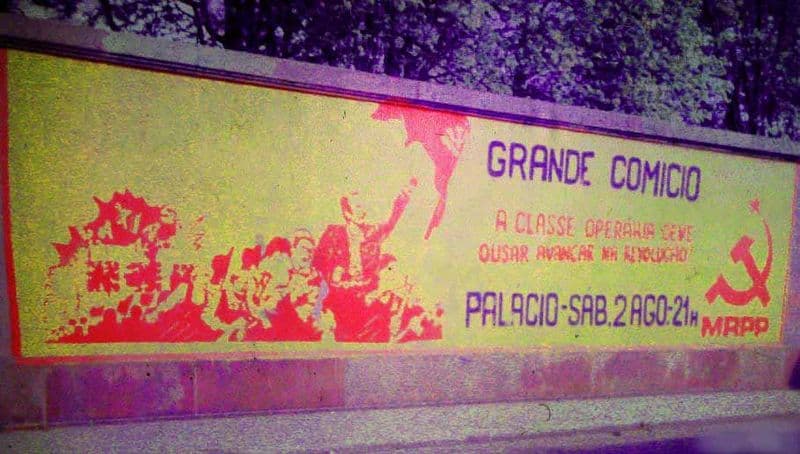 Each year in Europe there is a musical showcase known as the Eurovision. It is a contest in which different countries in Europe send their best musicians to compete against one another. Each country has an official song per year.

The rebels aired Portugal’s 1974 Eurovision song on the Portuguese radio at the exact time they needed the coup to begin. Groups began to mobilize the minute they heard the signal.

It Was Intended to be a Bloodless Revolution

From the beginning of planning, the Carnation Revolution was to be a peaceful, bloodless movement. Neither civilians nor military personal ought to be hurt in the events that would unfold.

Instead of using their guns, the Portuguese military placed carnation flowers down the barrels and marched proudly. This is why many painted depictions of the Revolution show red flowers peeping out of all of the rifles.

Unfortunately there were four lives lost on the day of the Revolution. The Estado Novo regime had secret police who were sent out and eventually opened fire on some civilians. 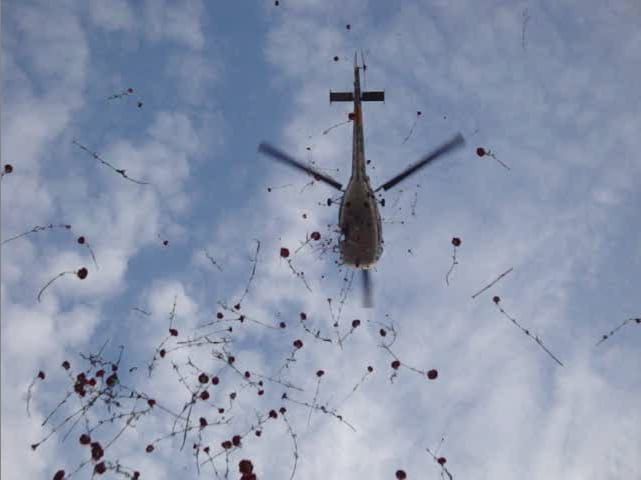 On the 25th of April in 1975, Portugal saw their first ever demarcation election.

Throughout the country residents line up to place their votes in the hands of the political party the best represented their wants and needs. This was a huge deal for the people, who had never had much political say prior to this.

April Captains is a Film About the Carnation Revolution in 1974

If these events that shaped the fate of Portugal interest you as much as they do me, I recommend the film April Captains that was released in 2000 by director Maria de Medeiros.

It reflects the events of that day in a chronological and historically accurate storyline. A film worth seeing prior to your visit to the Portuguese capital . 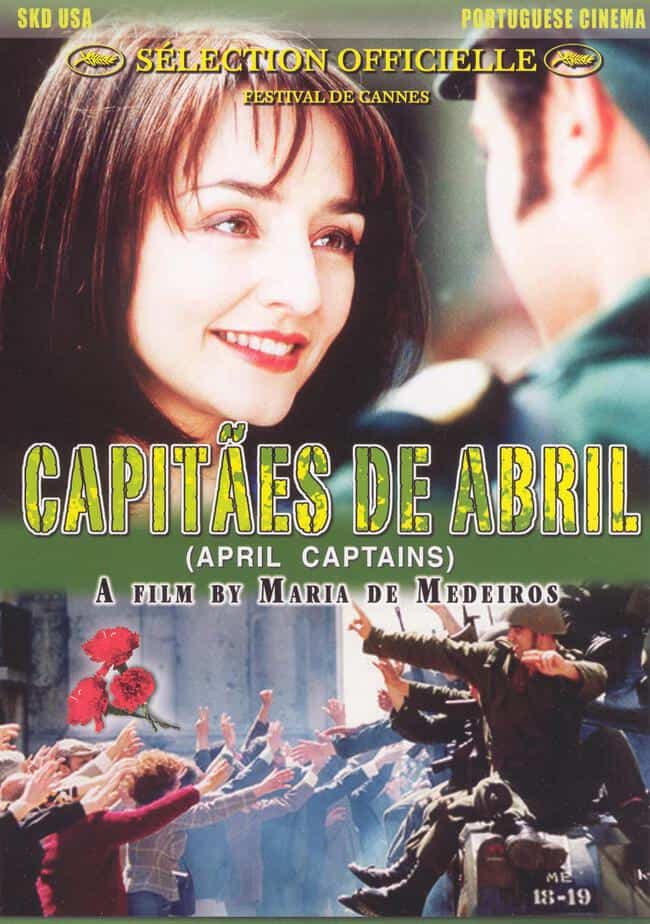