How to Enjoy a Full Day in Chiado & Bairro Alto, Lisbon (with a map) 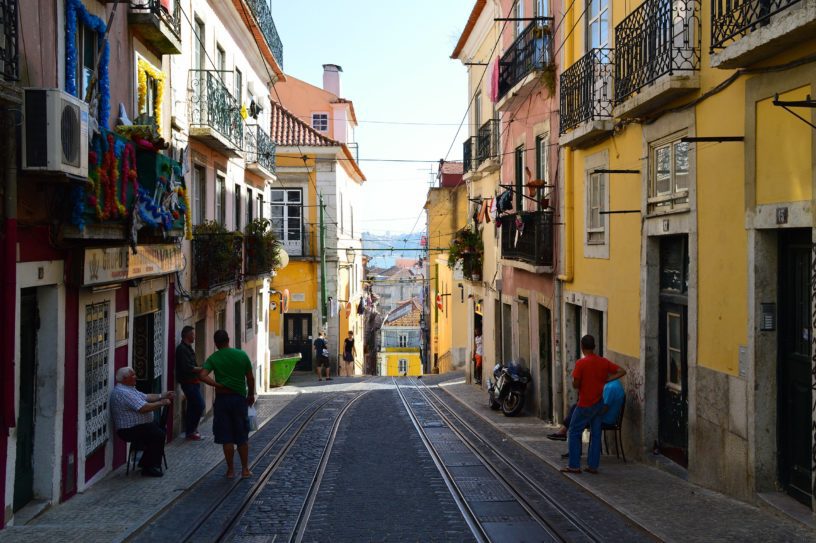 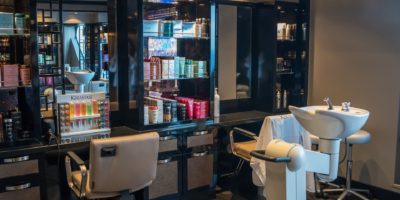 How to Enjoy a Full Day in Chiado & Bairro Alto, Lisbon (with a map)

Chiado and Bairro Alto are the centermost neighborhoods in Lisbon. This is the city center, essentially, and these districts have become tourists traps year round, offering a lot to see, do, buy and eat.

Contrary to popular belief, you don’t need more than a day to properly experience the essence of these areas. Starting early and ending late in Chiado/Bairro Alto will do just the trick — here’s the only itinerary you need. 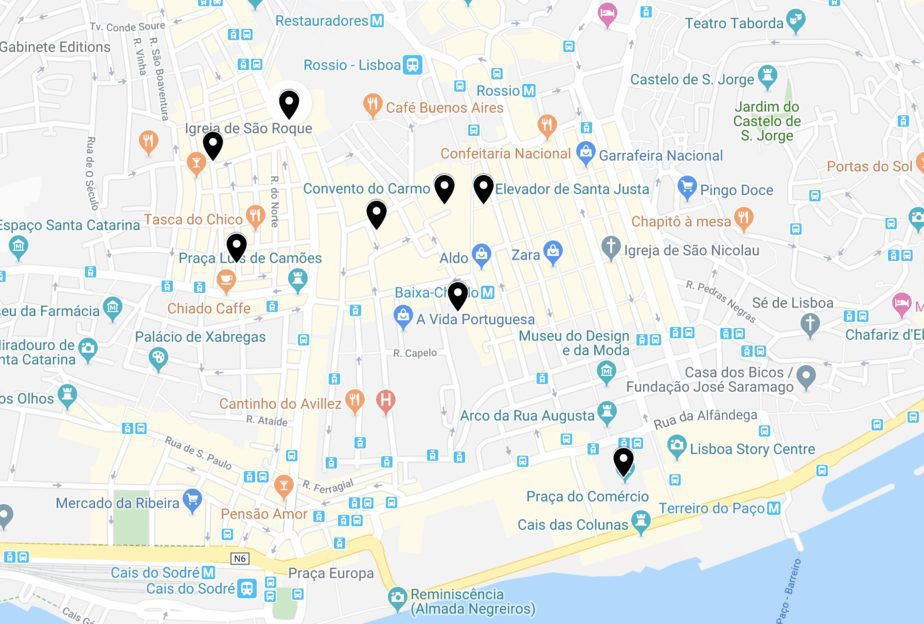 This charming cafe puts you right in the heart of Chiado from the start of your day.

Like everywhere in Portugal, life starts a little later than usual in Chiado, with most people only emerging for breakfast around 9am.

Settle in for a hearty breakfast and/or coffee & pastries. You’ll need your energy for the full day ahead.

Opening Hours: Monday to Sunday — 9am to 12am 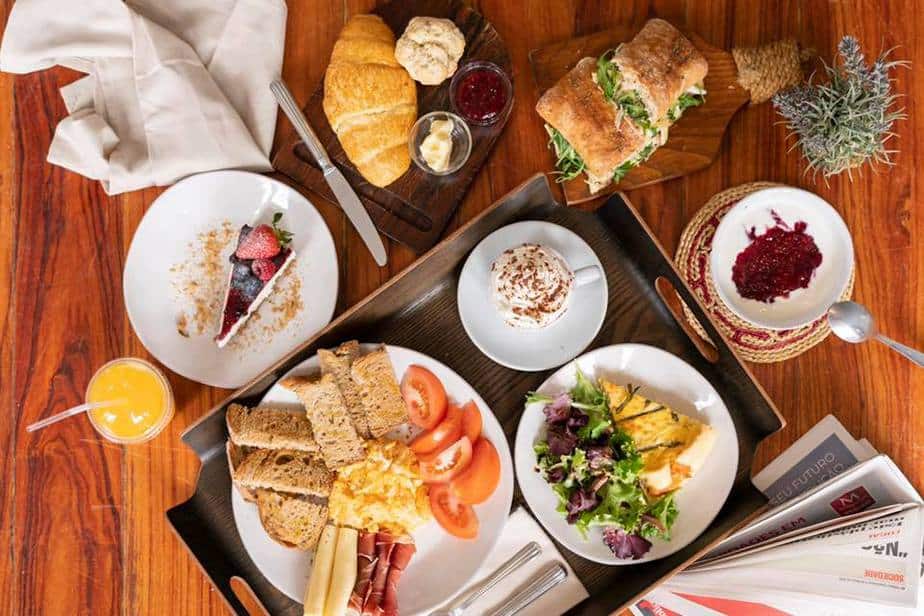 Walk Up to Carmo Convent

Be sure to wear comfortable walking shoes and versatile clothing for your day in Chiado; this is very much a hill-filled district and you’ll be going up and down a lot.

First things first, we walk up toward the Carmo Convent at the northernmost part of Chiado.

Carmo Convent is the famous church without a roof, having lost it during the Great Earthquake that shook the city some years ago. Chiado lost a lot of buildings during this event, but the church reminded fully erect with only the roof falling away — it’s a phenomenal sight. 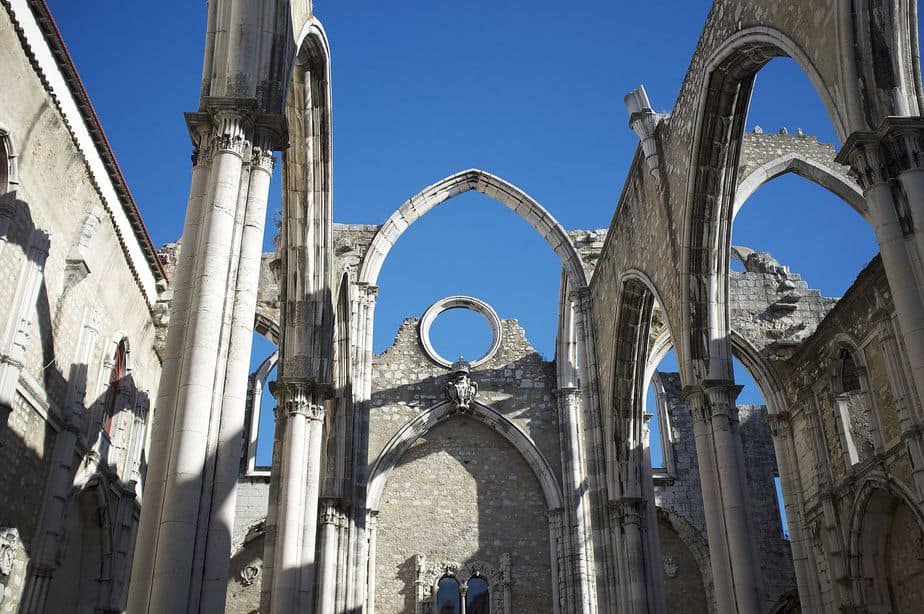 Ride up the Santa Justa Lift

The Santa Justa Lift is another famous attraction in Chiado, situated a on the lower end of the district. You can walk here from Carmo Convent within minutes.

This ornate lift was made by the same architect who designed the Eiffel Tower; you’ll likely feel this familiarity from the moment you lay eyes on it.

This is arguably the most popular attraction in the whole neighborhood, so we’ll queue for a ride up from early in the morning instead of waiting until the afternoon. A typical wait time is around an hour. 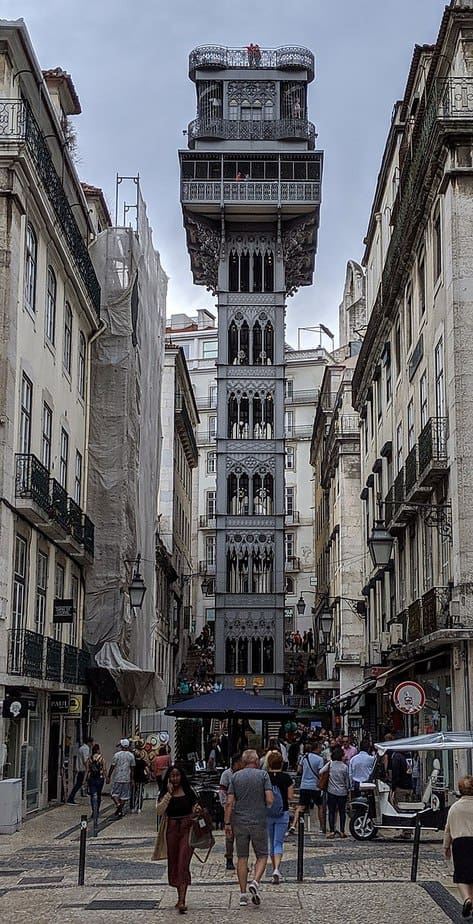 Do Some shopping in the alleys of Chiado

All things aside, Chiado is a shopping district through and through. Name brands and local designer gather throughout these streets brining their fashion and retail to all who visit.

The central alleys of Chiado are actually carless streets. They are lined with stores and restaurants, spilling out customers from every direction. If you were intending to shop while in Lisbon, this is the place to do it. 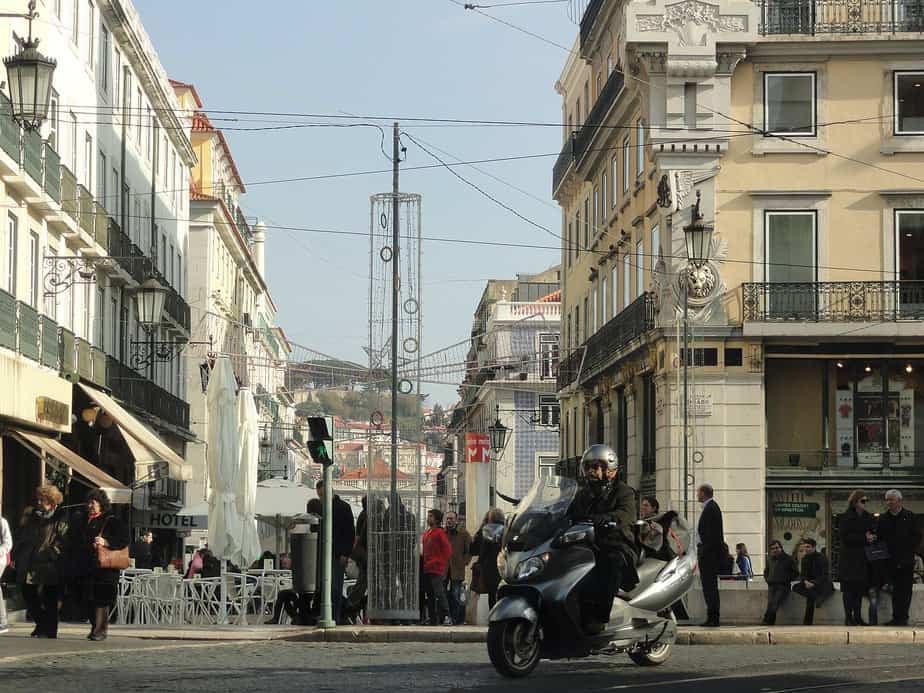 After shopping you’re likely to be ravenous. Royale Café is a modern Mediterranean kitchen that specializes in lunch and dinners.

You’re in for a treat at this country-style restaurant. Don’t be scared to let the kitchen know of any dietary requirements so that they can accommodate accordingly.

Hummus dip and pita to share as a starter! 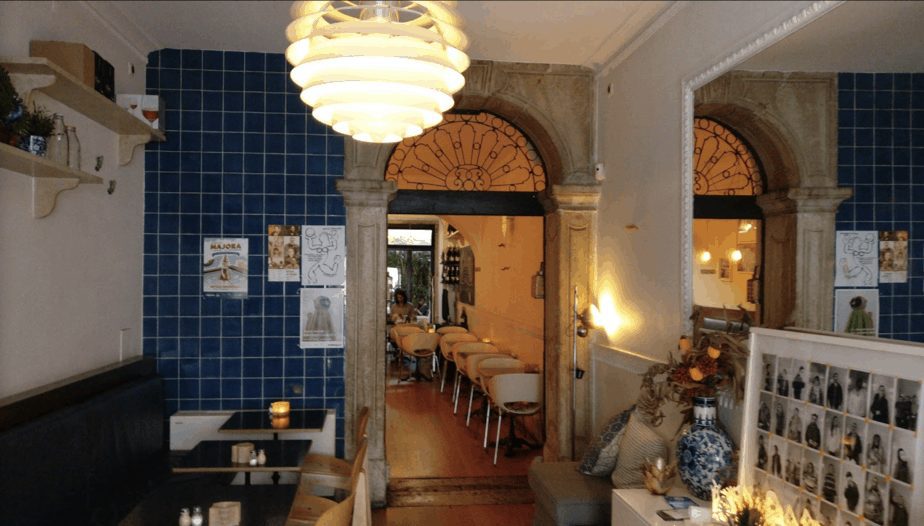 Because of the historic and cultural importance of this district, there are daily free guided walking tours through Chiado in which you’ll be lead through the streets on foot by an informed guide.

These experiences are important to incorporate into one’s first experience of the city center, as they will give you perspective on the history, architecture and evolution of the city that you likely would never know otherwise.

Visit the Church of Sao Roque in Chiado

The Church of Sao Roque as another Chiado attraction that brings thousands of visitors to Lisbon each day.

This was one of the first Jesuit churches on the planet, constructed right here in Portugal when the Jesuits were still welcome in the country. It existed for over 200 years before the community was ordered to leave, but it remains one of the most exquisite church interiors viewable in the capital, and possibly the country on a whole. 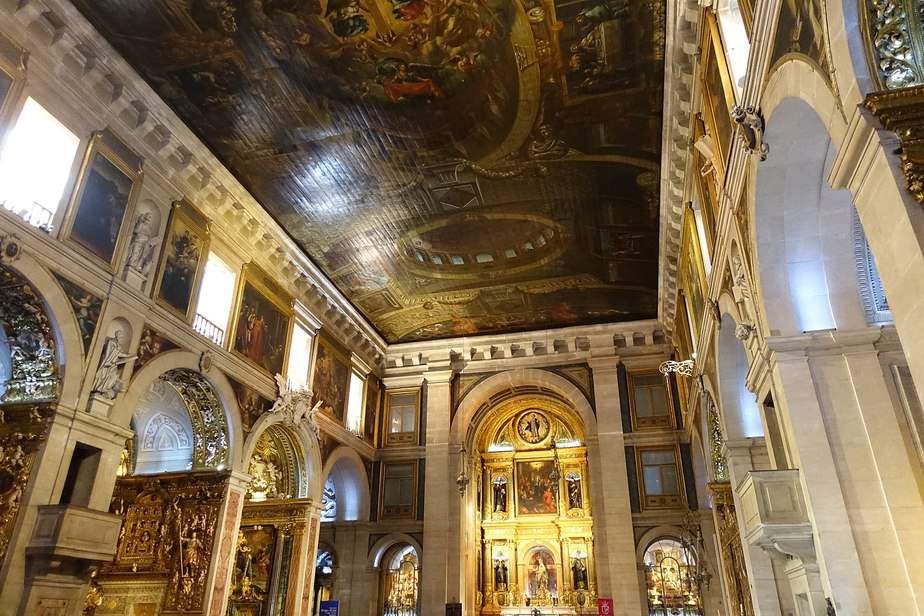 Watch the sunset on the Terreiro do Paço

Brining an evening to a close in Chiado calls for a walk down to the Terreiro do Paço, Lisbon’s main public square right on the edge of the river.

As the sun gets lower, this plaza appears to glow brighter. You’ll encounter many people with the same idea, all clinging to the river bank to kiss the sun goodbye — marking the start of their evening in Bairro Alto. 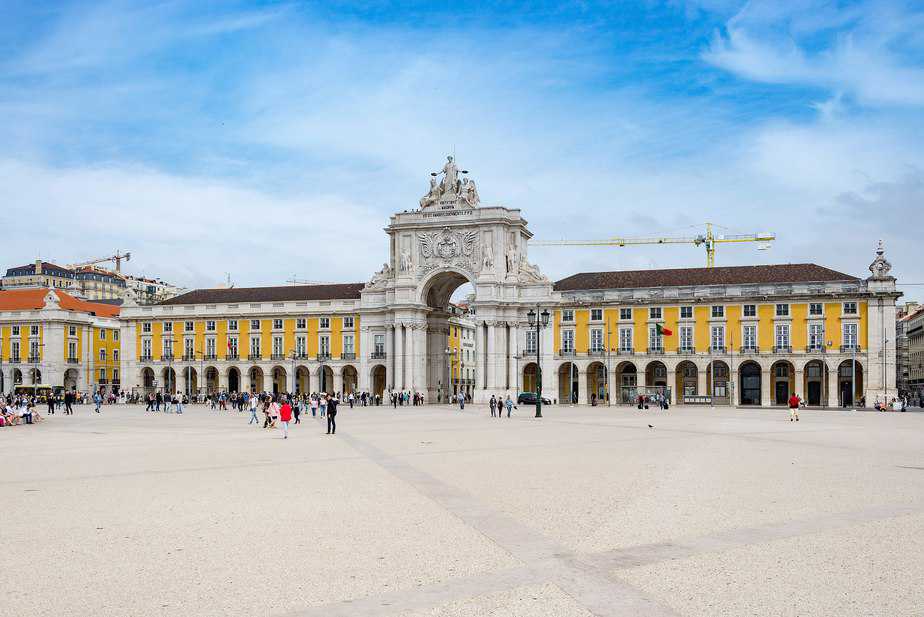 Wine Tasting at the Lisbon Winery in Bairro Alto

The Portuguese eat dinner late, this is something you’ll probably notice early on in your travels. Before dinner, we’ll get into the spirit of the Bairro Alto neighborhood with some local wine tasting at Lisbon Winery.

Book in advance for your group. Here, you’ll be treated to a variety of locally produced wines from all over the country, with opportunity to taste authentic Port wine if you’ve yet to do so. 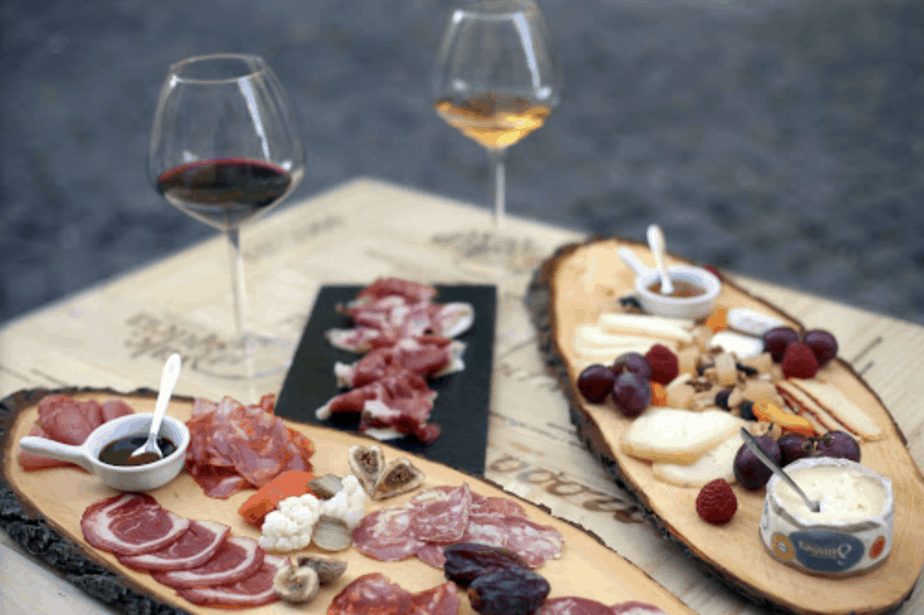 After wine tasting you should be about read to line your stomach with something tasty before your night on the town. Bairro Alto is a nightlife district; one that you’ll explore on foot and on a whim.

You’ll find the narrow alleys lined with bars and restaurants, most with tables and chairs selling into the street. The best way to dine in Bairro Alto is to let the restaurant find you.

As you walk, you’ll be coaxed by many restauranteurs all promising you the best food in town. Take your pick! 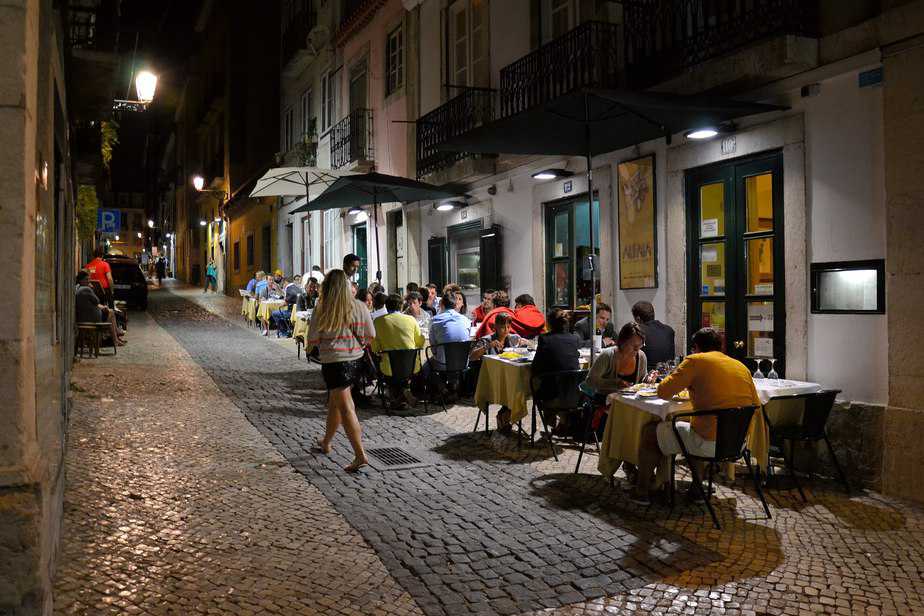 Drink and dance the night away in Bairro Alto

Like choosing a restaurant, your entertainment for the evening will also be based on a simple wander through the Bairro Alto streets. This time it will be door managers standing in the streets outside of their respective bars, sharing the drink specials and music for the evening.

Have a peek inside and get a feel for the vibe and the music; in Bairro Alto there is everything from live jazz to reggaeton — you’ll find something to suit your taste.

Drink, be merry, and enjoy your last few hours in the heart of Lisbon! 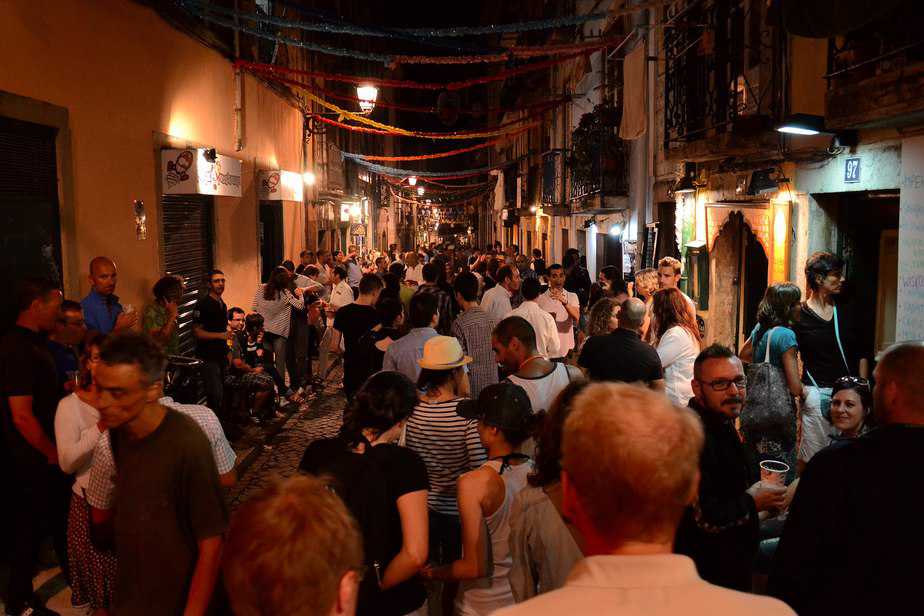